As if life on Grand Cayman weren’t approaching perfection already, an artist known as Dready is striving for the ideal.

He does it with hand drawings and an Illustrator program. He’ll sketch a figure at 30 percent, then enlarge it by 300. Sure, the images are flat – but that’s where their charm lies.

Then there’s his color palette. “It’s a little nod to the Caribbean,” the Jamaican-born artist, whose actual name is Shane Aquârt, says. “They’re Rasta colors – a link to the islands, their African-ness and Caribbean-ness.”

Educated in Jamaican elementary schools, an English boarding school, a Canadian high school, and a Florida university, the artist actually immersed himself first in business administration, commerce and economics. That led to a brief stint in advertising, which led in turn to a T-shirt and postcard business.

“Slowly but surely, it grew into an art business,” he says.

As for his moniker, that’s an outgrowth of the earlier business too.” When I first started drawing T-shirts and postcards, they were Caribbean clichés in situations with a character named Dready,” he says. “I had to carry a copyright symbol, and as I moved to doing art the signature and copyright continued.”

His art is playful, eccentric and visually strong – with a wry sense of humor. “I’m looking for a little bit of whimsy in the essence of a place,” he says. “I’m looking for that thing that makes you smile. ‘A Roomful of Happy’ was the name of a show I did – that’s what I’m after.”

He’s known to collaborate on commissions for architect John Doak, who’s been practicing on the island for 30 years now. “John’s the explorer who wanders through all the stuff I’ve done for him – and in a suit,” he says.

You might call them a pair of gifted eccentrics, working this Caribbean paradise. 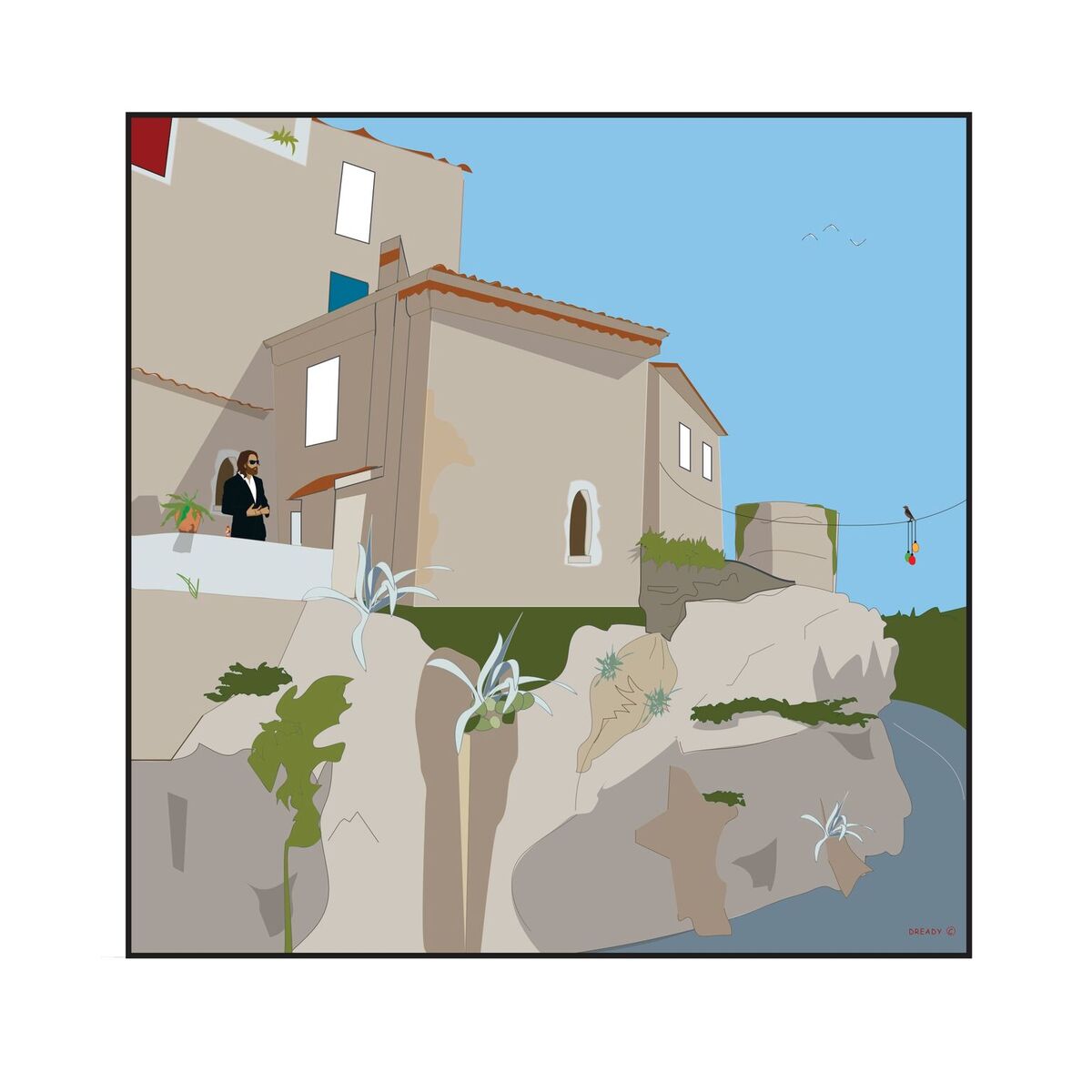 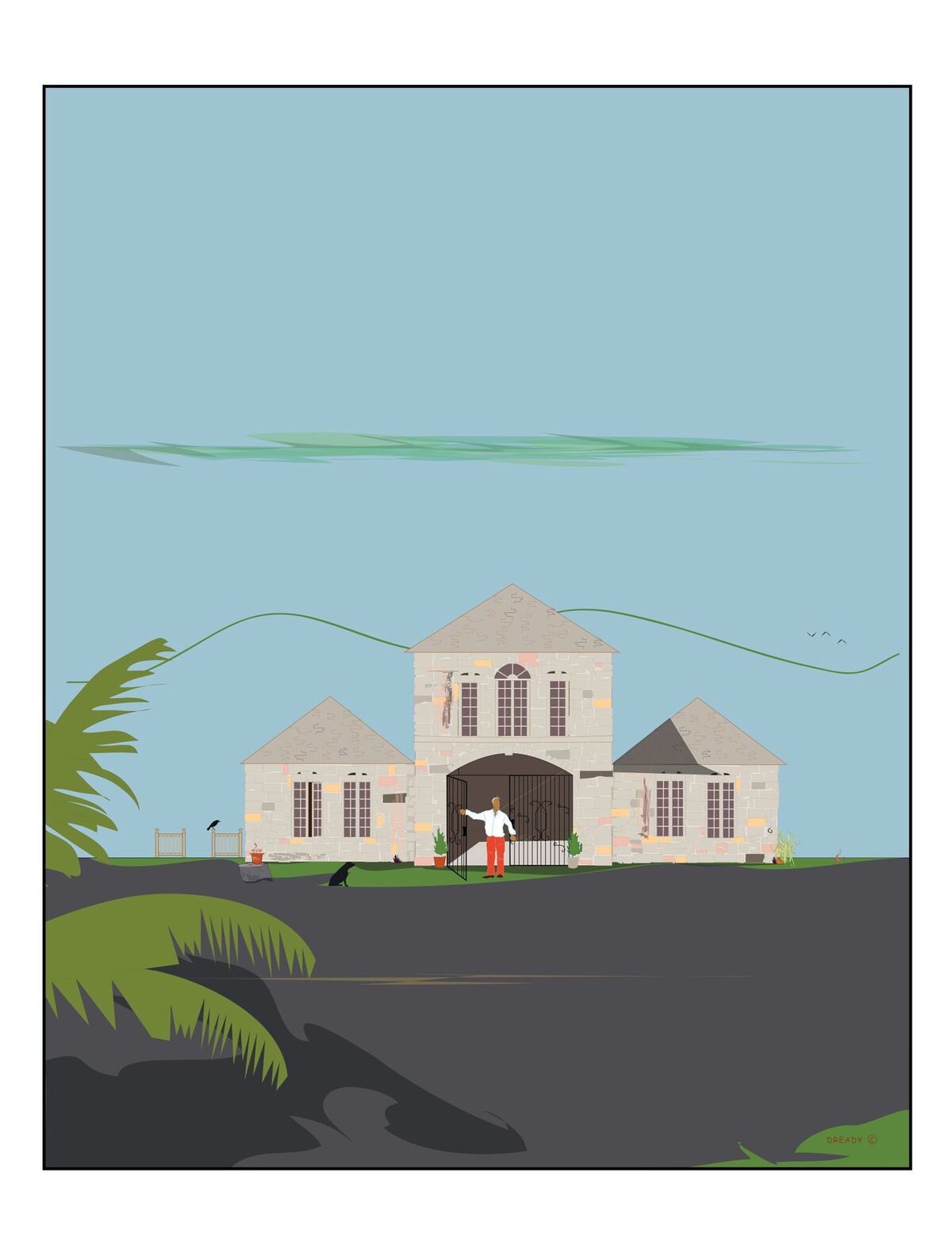 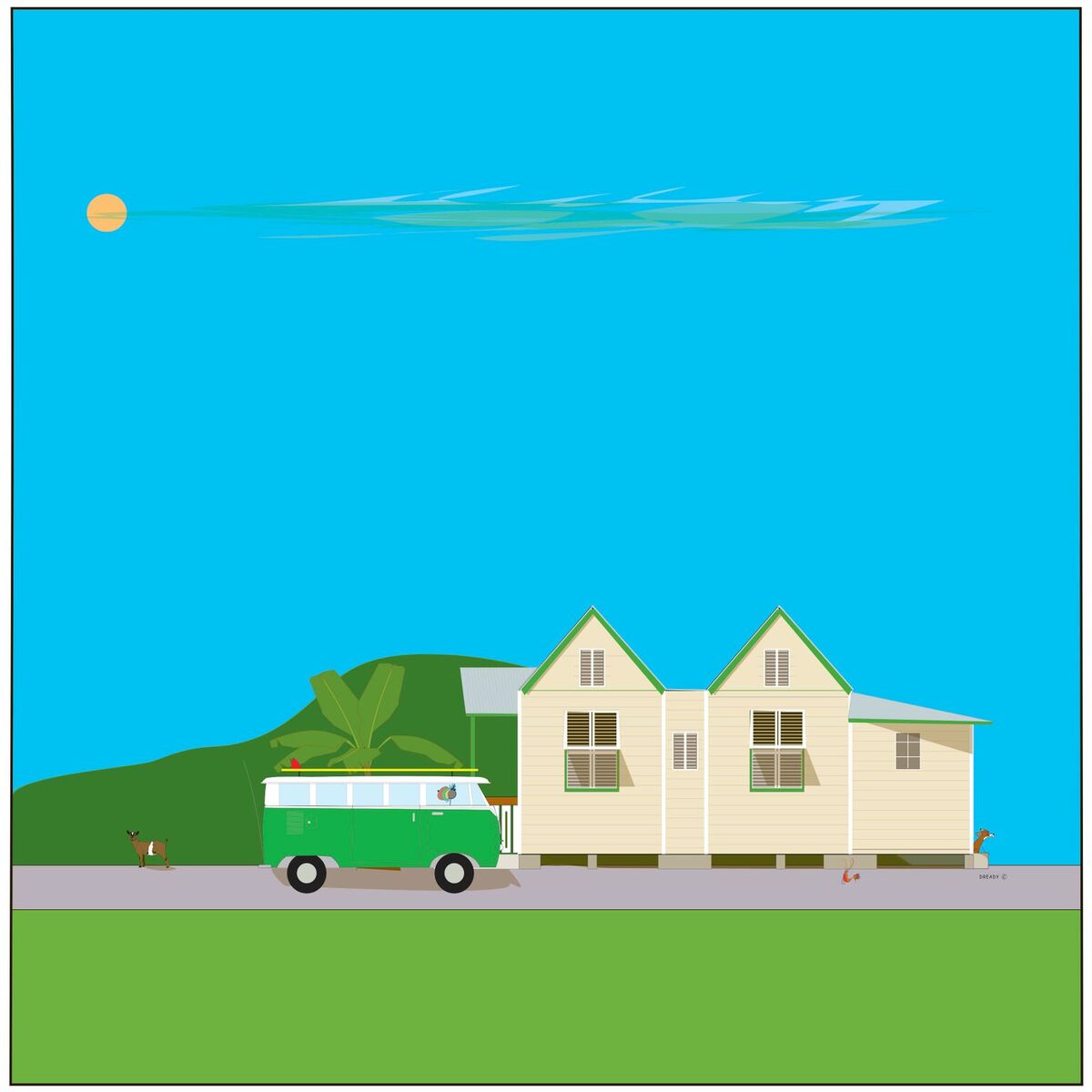 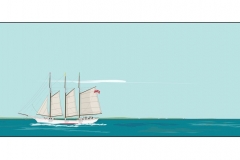 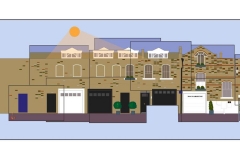 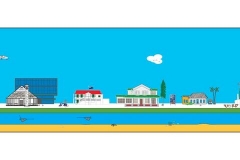 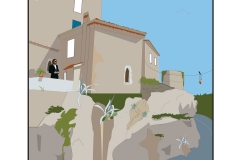 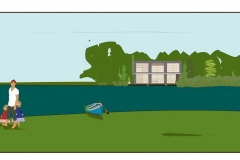 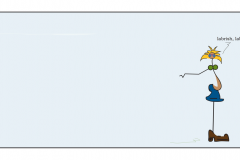 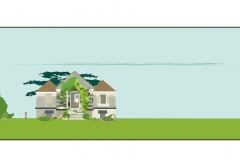 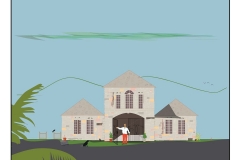 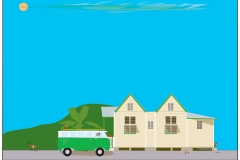 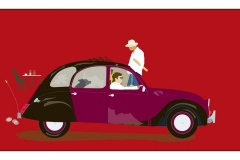 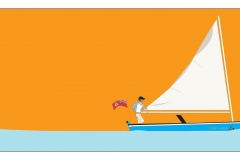 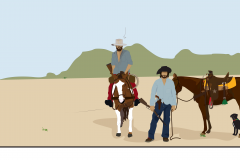 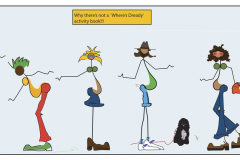 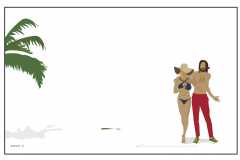 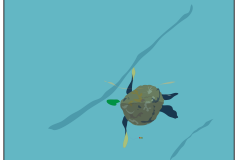 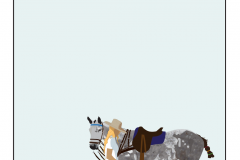 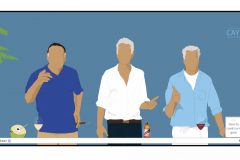 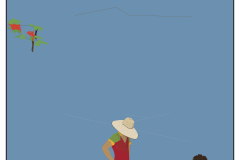 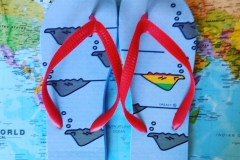 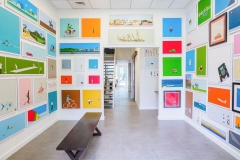 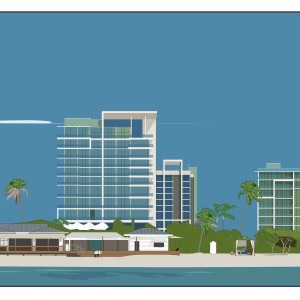 First of all, there are the chickens. Freed from their coops during Hurricane Ivan in 2004, they’ve never returned to domesticity...