Mme. Christian Germain believes that there are two kinds of hotel guests:  those who view the experience as a commodity, and those who want to be comfortable.

It is the latter upon which she’s built a highly successful series of Canadian hotels, primarily from adaptive re-use of urban structures in Toronto, Montreal, Quebec City and Calgary.

“We know our guests want to be pleased by what they see, and want to take the time to look at it,” she said.

And architecture plays an important role.

The first conversion the co-president and CEO of Groupe Germain Hospitalite worked on was a renovation in Quebec City.  It was a 1912 high-rise down by the river market, reaching nine stories tall and featuring the first elevator in the city.  It was originally built by a company known as Dominion Fish & Fruit.

“We got the building in 1994 and renovated it into a hotel,” she said. “It’s a combination of the old and new, and a very beautiful small hotel.  We started with just 40 rooms, but in 2000 we bought the building next door and added 20 more.”

In Montreal, the company purchased a 1960s, mid-century modern concrete building, 19 stories tall with ample fenestration.  It’s now converted to an intimate 100-room hotel.  “Although it’s got a very different exterior now, we’ve tried inside to make sure that people know it’s a Germain because of the feeling.  It’s modern, but more contemporary than modern.”

Where many hotels merely decorate with furniture, Germain takes a different design approach.  The hallmark of a Germain interior is an abundance of exotic woods  – epay and carob, for example – custom designed by staff architects and custom-built by members of the same internal group.

“Architecture is becoming more and important in our hotels,” she said.  “We have a lot of corporate clientele, and we want them to do their best.  When you’re comfortable in your room, you’re better at what you do.”

For more on Germain Hotels, go to http://www.hotelboutique.com/en/splash 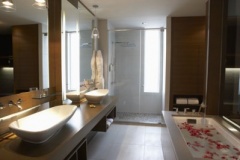 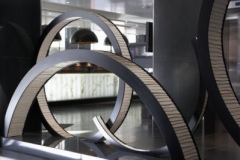 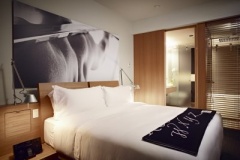 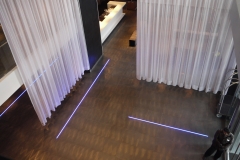 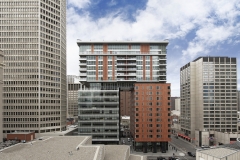 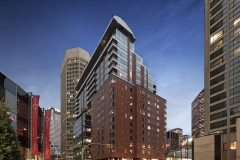 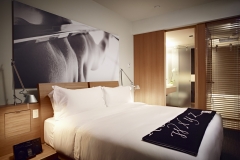 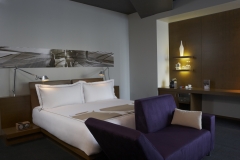 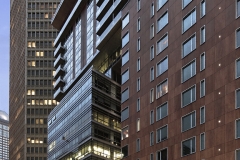 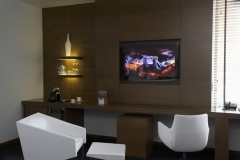 Eric Engstrom is an artist who walked away from a very successful, 30-person interior design firm a few years back. He...