Commuters on the eastern seaboard know I-95 as a vast and sometimes harrowing means of getting from point A to point B.

But Boston architects Eric Howeler and Meejin Yoon see it as a tool for decentralizing how we move about in the future.

They’ve given a new moniker to the stretch between Boston, Mass. and Washington D.C. They call it Boswash, in honor of futurist Herman Kahn’s 1967 essay that described the then-theoretical megalopolis.

And they want to reposition it for the future, believing that the ideas of forward motion, of progress itself – the concepts that delivered urban sprawl across the northeastern U.S. – are no longer sustainable.

So for the Audi Urban Future Initiative, the architects plan to explore alternatives, using housing and landscape either to fill in existing gaps – or in the case of an overbuilt, foreclosed-upon suburbia, to become gaps all their own.

“The way the system was put in place was a defensive act [a means to escape potential nuclear attacks on major cities] and as part of the American dream of home ownership,” says Howeler.  “So we’ve inherited certain dreams about families and consequences.  But maybe that dream doesn’t apply to us now – the next generation doesn’t have the same idea of ownership.”

What if, he postulates, the U.S. Postal Service or Amtrak failed?  Then post offices and train tracks across the nation would become available for other uses, he suggests.  Adaptive reuse, and new uses for design, lighting and landscape (Think: the High Line) would become the order of the day.

Their concept of Boswash holds the potential for architects to step outside of design alone, and into an actualization of what our environment can become.

“Our aspirations created the open road and suburbia,” he says.  “Architects understand the role of what we should desire, so now we can be not just responsive, but proactive.”

Howeler + Yoon Architecture will present their solutions in October at the Audi Urban Future Initiative in Istanbul.

For more information on the Audi Urban Future Initiative, go to http://www.audi-urban-future-initiative.com/

For more on Howeler + Yoon Architecture, go to http://www.hyarchitecture.com/ 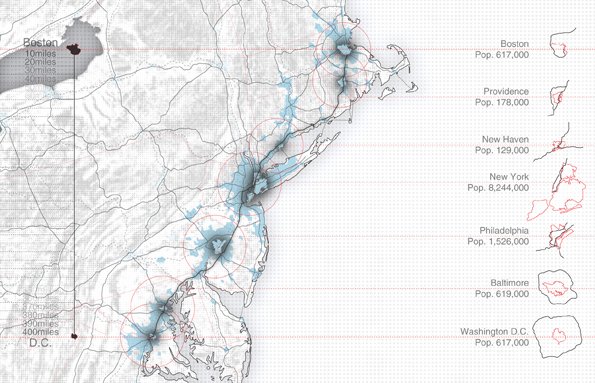 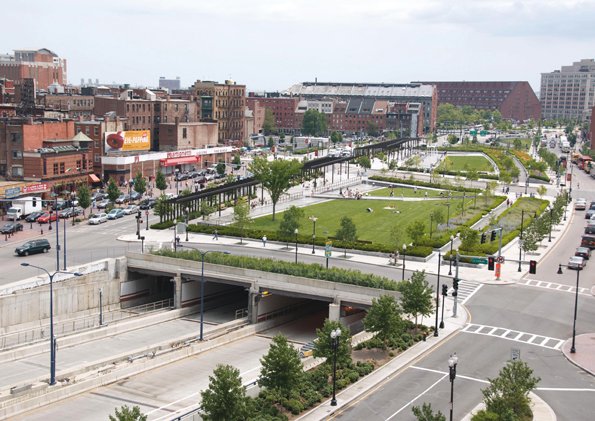 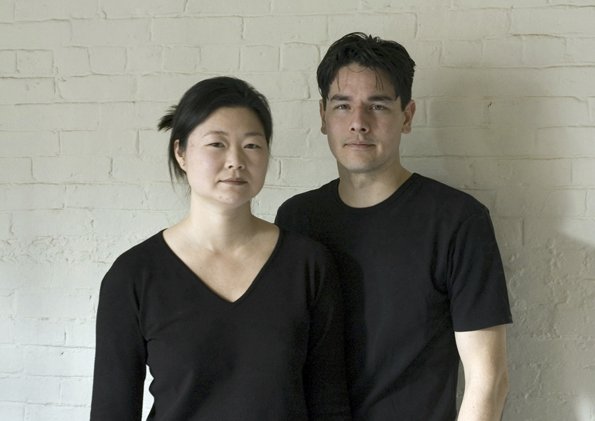 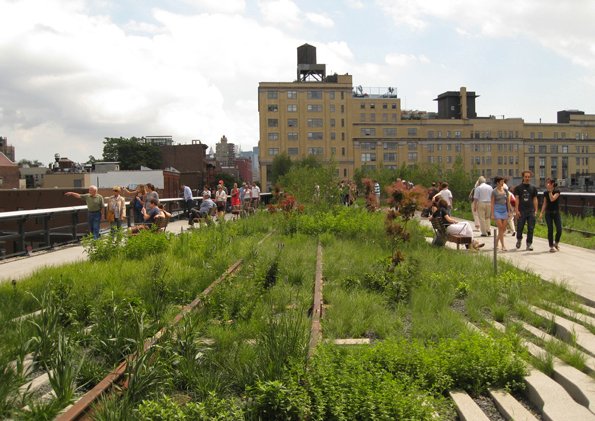 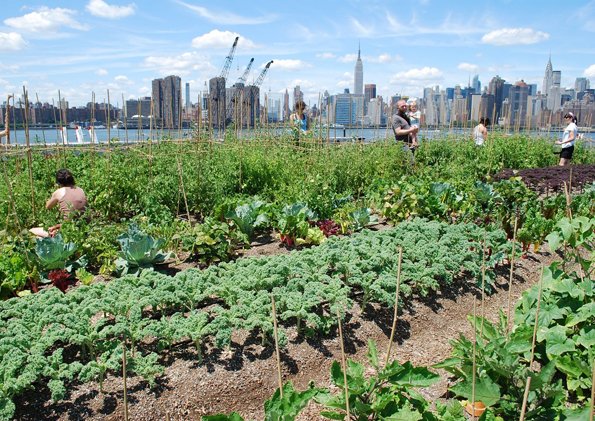 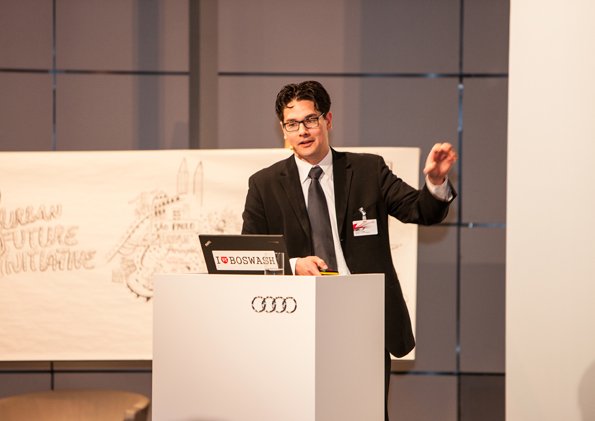 We do need to dream.

The greatest value of I-95 is its continuity through our regions and its connectivity all along.

It is extremely costly (and destructive) for a society to take private property for the common good. We need to ask ourselves what our interstate’s best use is for the future.

Our current rail systems are hardly more than they were 150 years ago! On the other hand, we are capable of developing a mass-transit system that is far more efficient, flexible, and far reaching than our current rail systems if we consider the air-rights above our interstates. Those could be built from scratch to be sustainably powered (imagine the structures themselves collecting solar energy); they could connect to all the commuter parking lots that have cropped up along I95; they could allow stops within biking distance for most users; and they could connect with a myriad of other transportation options.

Then we can take our old rail system, that usually lies near our waterfronts, and use that for green space.

For the Frank Lloyd Wright aficionado, it seems the perfect match. A collaborative effort between the SC Johnson in Racine,...