Bolla, Black and the Chelsea Mansion

Built in 1835 by Donald Cushman as a single family residence for wealthy merchant John Smith, the five-story structure had been broken up into as many apartments in the 1930s.  Facing north, it’s 25 feet wide and 87 feet deep.

“What’s interesting about the Federal style, and what carries over to Greek Revival, is the question of light,” Black said.  “In the ancient Greek period, interior light was very carefully calculated for indirect lighting.  But in the American Federal period, they wanted as much light as they could get inside the space.”

Though the Chelsea Mansion receives an abundance of north/south light, it doesn’t get much cross-lighting, except on the roof terrace floor.

“They wanted as much light as possible, because for seven months New York is cold and gray,” he said.  “Light was very important – it was just the opposite of Greece.”

Black’s assignment from Bolla was not only to use color to humanize the building, but to develop its interiors in such a way that each apartment would be rentable at a very advantageous rate.

“When I do this color work, I do two things: analyze the demographics of the space that’s going to be rented or sold.  That tells you what’s going to attract interest in historic buildings in Chelsea,” he said.  “From that, you know your stylistic goal.”

He and Bolla sat down and arrived at their target audience: someone who wants to live on the Upper East Side or Tribeca, who has a love of antiques and art, and who’s in the financial, legal or show business sector.  “And Europeans – people used to living in shared buildings in London, Paris, Rome or Berlin,” he said.

As it turns out, there are now four European tenants and one American.

Black, who mixes his own paint, says his palette is light reflective and highly customized, and balanced between clarity and warmth.  “It’s derived from the palette of Robert Adams, the Scottish designer,” he said.  “I often say that you could eat many of the colors I produce.”

Black’s approach to color is architectural, rather than decorative.  Where a designer might think of a space as a box to contain objects, he concerns himself with the architecture and the light.

“How high are the ceilings?  What’s the progression of vertical space?  What do you see through the door that opens to the next room?  What do you see of the planer elements of the walls?” he asked.  “Walls are a means to an end – for a psychological feeling at the center of the room.  If you use three colors in a room, they mix at the center.  It creates a psychological and emotional environment.  That’s architectural color.”

For example, the best light for a bedroom is from the south/southeast.  “The idea is to use color so that when you open your eyes in the morning, you have a very pleasant experience,” he said.

For more on Michael Bolla and the Chelsea Mansion, go to http://www.rew-online.com/2011/05/12/michael-bolla-brings-a-bit-of-history-to-the-business/

For more on Carl Black, go to http://www.brickunderground.com/blog/2011/05/is_staging_over_or_just 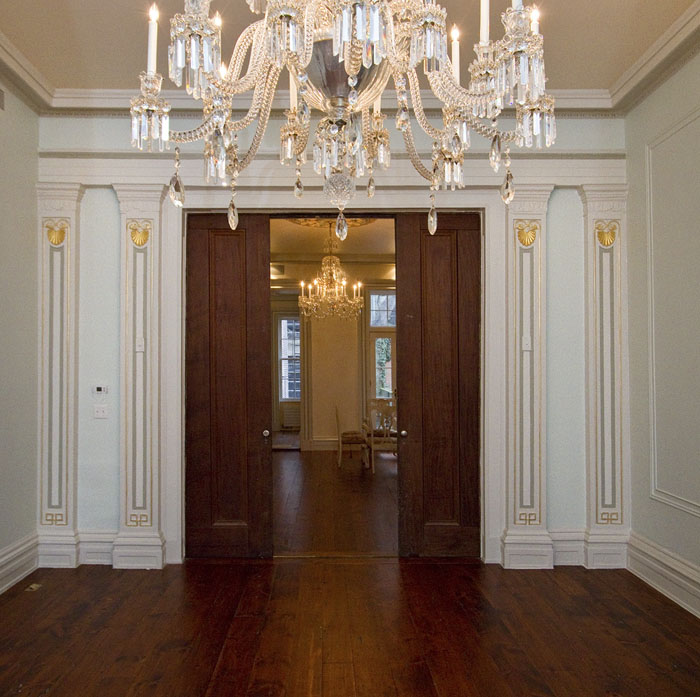 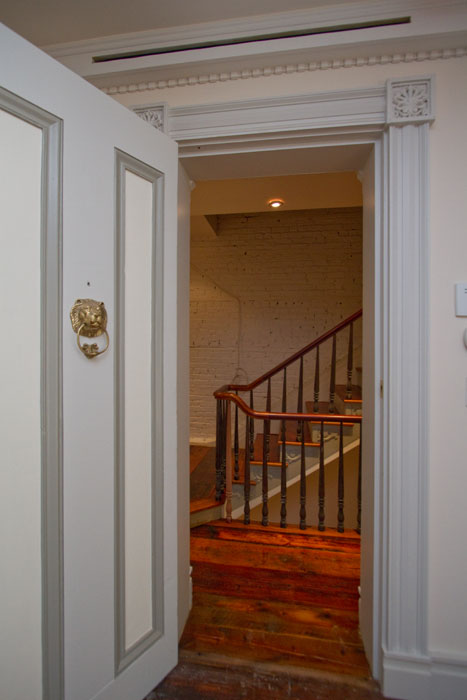 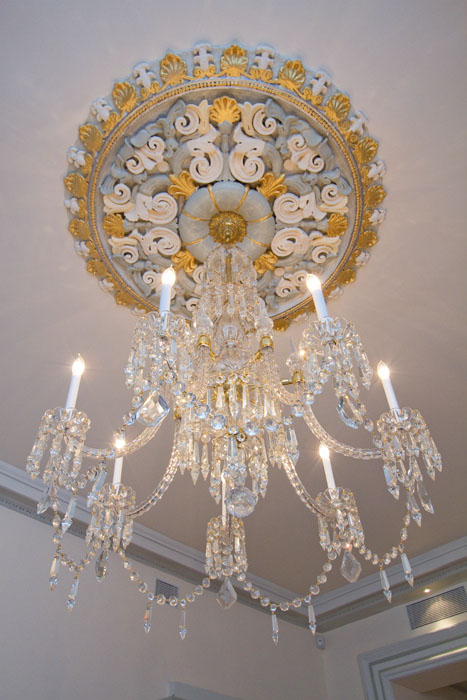 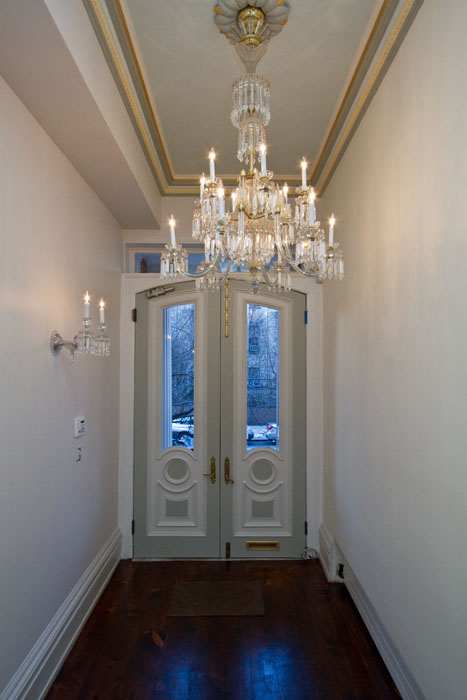 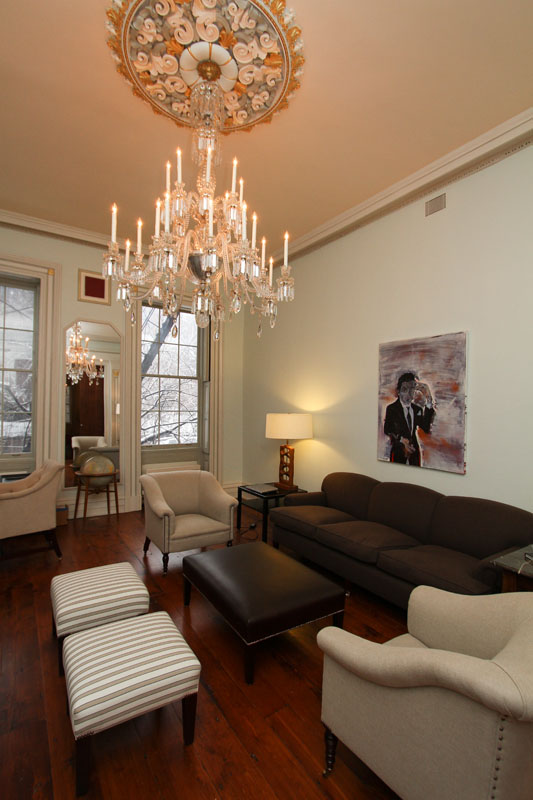 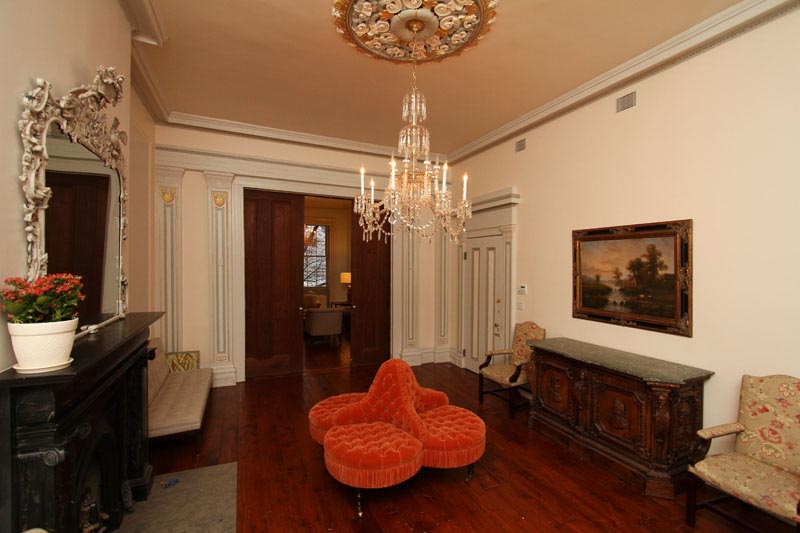 At Harvard, Splendor on the Grass

Bolla, Black and the Chelsea Mansion | Architects and Artisans | Castles of the Realm

At 5:30 this evening, architectural colorists Donald Kaufman and Taffy Dahl will lead a conversation on color at Philip Johnson’s...