The architecture firm that helped define the Apple brand – by designing its iconic stores – has taken on a new retail client.

“They started in the Bay area as part of a third wave of high-quality coffee,” says Greg Mottola, design principal at BCJ. “They have a big following of artists.”

The company now wants to expand its reach and move into markets on the east coast, like New York, Boston, Miami and Washington, D.C.. They asked BCJ for help with the South Park location – a renovation to an early 20th-century industrial warehouse – with an eye toward another dozen.

“It helps that we had retail experience with Apple,” he says. “But this is a different economic model from Apple – their margins are thin compared to selling iPads an iPhones.”

The company culture draws upon the distilled simplicity of the Japanese; BCJ looked back also to the early Bauhaus. “There are the light fixtures, with that attitude of elevating the humble,” he says. “They want the personality of the building to play into the design, and it works in this old brick and timber building – each has more personality.”

Blue Bottle had created earlier cafes, but more lavishly. Here, the idea was to distill the customer experience down to a simpler and more economical model that could be replicated elsewhere. Functionality was important, but so was the performance of coffee-making.

“It’s all made to order – they’re grinding the coffee on site,” he says. “And it’s meant to be a place to be social and be engaged – there’s a rule of no wifi – rather than the isolated experience you find elsewhere.”

Unlike Starbucks, where equipment separates customers from servers, the espresso makers and other equipment are incorporated below the counters. “That takes impediments away, so the barista can talk to the customer,” he says.

That’s a reflection of the Blue Bottle brand, soon to be experienced on the east coast – thanks to BCJ. 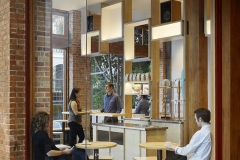 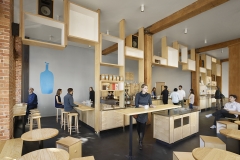 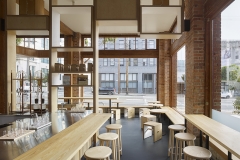 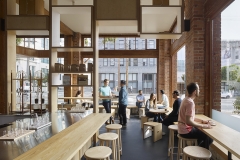 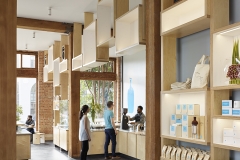 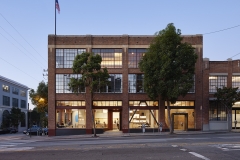 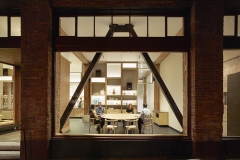 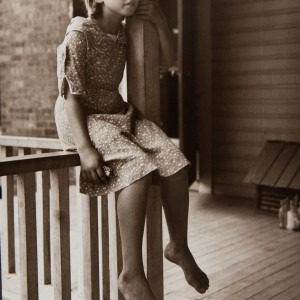 Before she was a Pulitzer Prize-winning author, Eudora Welty was a photographer. She studied English at the Mississippi...