Twenty years after “Titanic” the movie opened and more than a century after the actual ship went down, it’s all fashionable once again.

And in Edwardian context at that – for “Glamour on Board” at Biltmore in the Blue Ridge Mountains of North Carolina, where 53 costumes from the film are now on display.

That’s totally appropriate since George and Edith Vanderbilt, who built and lived in the house designed by Richard Morris Hunt, almost boarded the real thing back in 1912.

“They were actually booked to travel on the Titanic, but cancelled a week early and came back on the Olympic, the Titanic’s sister ship,” says Leslie Klingner, Biltmore’s curator of interpretation.

The costumes, both men’s and women’s, are worn by mannequins created by Bonaveri, an Italian company that’s a favorite of designers there, as well as the Metropolitan Museum of Art. Carolyn Jamerson of the Los Angeles based Fashion Institute of Design and Merchandise made the wigs from watercolor paper, color-matched to the costumes.

And the mannequins all appear to be postured naturally and even in mid-gesture for a more realistic effect. “Usually you see film costumes in a gallery and it’s very static, but here we’ve created acrylic mounts so the manikins seem to be seated on the furniture,” she says. “So everything is in context – how the ladies dressed, what tea looked like, with gestures and attitudes.”

Biltmore guests can come in the front door and follow the fashion progression of the day, from the breakfast room, to the tapestry room, to the library and banquet hall. Or they can take special guided tours – there are two a day – that place the costumes in historical perspective with the Vanderbilts, the Rockefellers, the Astors, the Titanic and Biltmore itself.

“In the banquet hall are beautiful dinner gowns and formal white tie for the men – they’re what dinner guests would wear at eight o’clock,” she says. “And in the tapestry gallery, two ladies are sitting down to tea with a little girl with proper gloves and darling shoes.”

There’s Rose’s dress from her “flying” scene with Jack on the bow of the Titanic, and her fiancé Cal’s extensive Edwardian wardrobe. “Actor Billy Vane said that he was not a fashion horse but a fashion Clydesdale,” she says.

And right now at Biltmore, you can see why.

The exhibition runs through May 13. 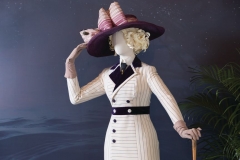 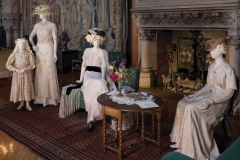 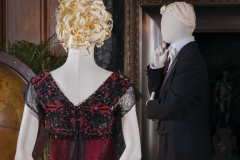 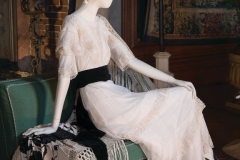 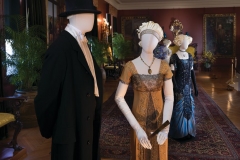 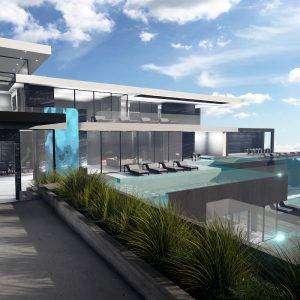 Think of it as an advanced kind of staging – without the time or expense. Architectural Virtual Reality Studio, developed...