SO-IL Designs a POLE DANCE for MoMA’s P.S.1 in NY

Solid Objectives – Idenburg Liu (SO-IL) is an architecture firm known for setting directions rather than making statements. The firm rarely fails to help us think about where we are, but more important, where we’re heading.

“With this project, we’re building instability into a physical structure,” Jing Liu, partner in the firm, says of the installation known as POLE DANCE. “It’s a metaphor for the love affair between us and our environment.”

It consists of 70 vertical fiberglass poles, 30 feet tall, connected horizontally by bungee cords and anchored to the ground by rubber pivoting bases usually found on windsurfing boards. “They’re flexible,” she says of the poles. “They’re resilient, but they wouldn’t stand on their own.”

“We collaborated with Buro-Happold Engineers, and when we spoke with them in the beginning, they couldn’t get their heads around it,” she says. “It’s the exact opposite of what they usually do, which is to eliminate variables. They said we were trying to build in as many variables as we could.”

They were. The firm seems to want to prove that though we live in an unstable world of economic and natural disasters of all manner and shape, we are intuitively capable of finding the right direction to lead us through it all. “It’s so different from what we’re used to,” she says. “By being flexible, we’re allowing things that we can control to exist, and still embracing what’s not stable in the modern world.”

Others around the world can see and hear it too. Eight of the poles serve as home to virtual transmitters, with Panoramio devices built in. “The mother in the Middle East can see it and hear in real time when her daughter plays with the pole,” she says.

“It’s a little surreal. It’s like standing inside a computer,” she says. “Everything is interconnected. It’s a very new environment.” 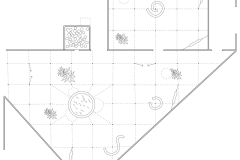 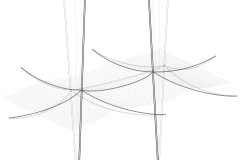 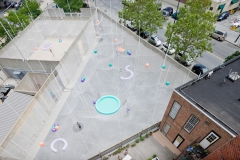 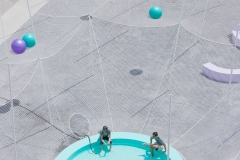 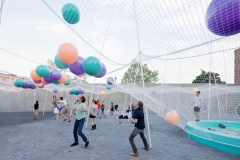 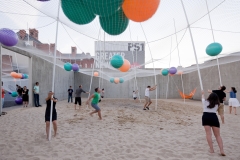 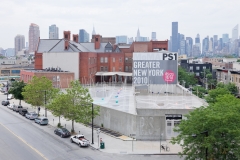 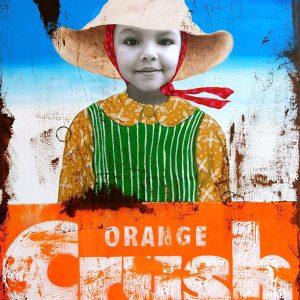