Less than a mile from the National Mall in Washington D.C., the Rubell family has opened its second museum dedicated to contemporary art.

The first is in Miami, where Don and Mera Rubell have been collecting for decades.

The new museum is an adaptive reuse of a former African American grade school built in 1906 as Francis L. Cardozo Elementary. It was expanded in 1927, and reborn as Randall Junior High School.

By 1978, the school in Southwest D.C. had ceased operations. It was converted to a high school career development center until 1981, and served as a homeless shelter until 2004, then as artists’ studios, known as the Millennium Arts Center.

Eventually, the Georgian Revival school building was named to the National Register. Still, it endured years of neglect until the Rubells purchased it and hired Beyer Blinder Belle to renovate it and turn it into gallery space.

“The building had been empty for 10 years or so, and was pretty much abandoned and deteriorating rapidly,” says Hany Hassan, lead architect on the project and partner at the firm. “We were glad to be able to bring it back to life.”

BBB worked with the Rubells to develop a specific design aesthetic for the museum that involved revealing existing features like the wood flooring and raw wood joists, while maximizing finished walls for displaying artwork.

“We were intent on renovating it in its entirety, and allowing for the collection to be presented there appropriately,” he says. “More specifically, the majority of the building retained its existing classrooms – and they were turned into an art galleries.”

The school auditorium featured a sloped floor, which the architects leveled for a huge room to accommodate large pieces of art. They also added a new addition, a glass pavilion that now serves as an accessible entrance.

Throughout the building, archways were uncovered to reveal exposed brick that marks the entrance to each gallery and generates a rhythm that draws visitors from one space to the next. The overall design aesthetic has been to reveal the base elements of the historic structure and create a simple but dramatic backdrop for the artwork to take center stage.

The historic building’s reinvigoration and redevelopment into a museum was conceived by the Rubells and Telesis, and realized by Lowe, a national real estate developer that’s also developing an adjacent 492-unit apartment building, Gallery 64, with 20 percent of its units dedicated to affordable housing.

But the museum is all BBB’s work – and a tribute to Hassan, who opened the firm’s Washington D.C. office 22 years ago. 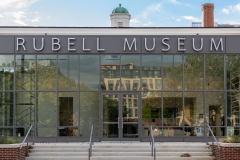 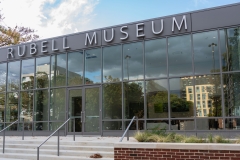 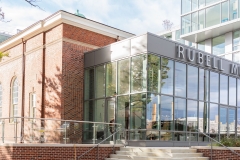 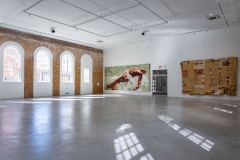 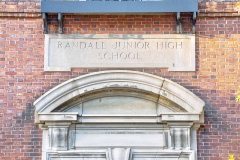 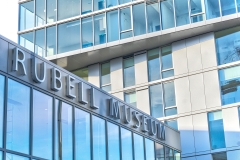 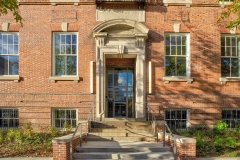 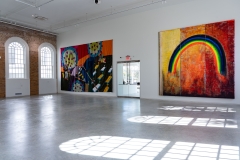 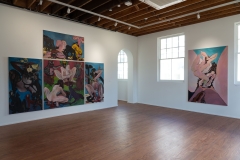 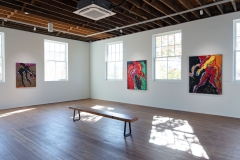 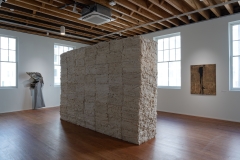 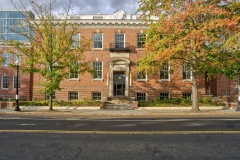 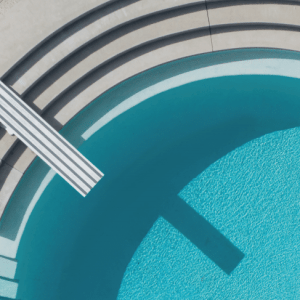 “Pools From Above,” a new book by Brad Walls, uses drones to reveal a different architectural design perspective....