On a tiny island off the coast of North Carolina, where the Cape Fear River meets the Atlantic Ocean, architects Chuck and Anna Dietsche have created a community where people are subordinate to their environment.

“It’s the objectification of man in nature,” Chuck Dietsche says about Bald Head Island.  “You get the feeling of what the Garden of Eden was like.”

Instead of a desecration of the landscape with strip malls, asphalt roads and concrete towers, there’s a deliberately-created sense of harmony.

After Andres Duany created the island’s first two streets, Dietsche was named director of planning and development in the early 1990s.  He created the master plan for the island’s 2,500 buildable acres, tucking homes into small groups behind the dunes and along the harbor, without violating the ceiling of the  canopy of 800-year-old live oaks in the maritime forest.

“We created communities by having the houses closer together,” the architect says.

Accessible only by a 20-minute ferry ride, and with transportation on the island only by foot or golf cart, Bald Head provides a refuge for people and wildlife alike.

“You rid yourself of life on the mainland,” Anna Dietsche says.  “You cannot believe how loud the birds and the winds are, because there’s no sound from traffic.”

Its protected wetlands and forests serve as habitat to sea birds, deer, foxes, raccoons, and alligators.

“It’s wild nearby, but you’re in a safety zone,” Chuck Dietsche says.  “It’s designed as an ecologically romantic place.”

Owned and developed by members of the Texas-based Mitchell family of Mitchell Energy, Bald Head has set the standard for sensitive development.  “They wanted an enlightened, neo-traditional built environment,” he says.

And they got it. 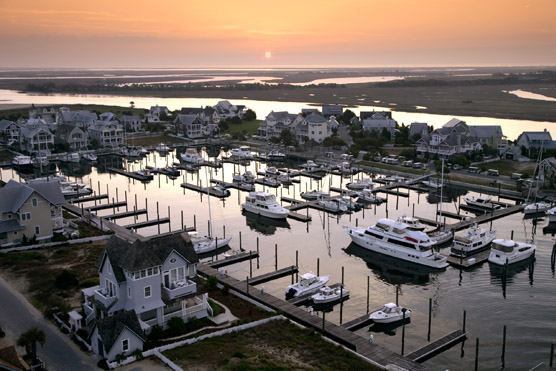 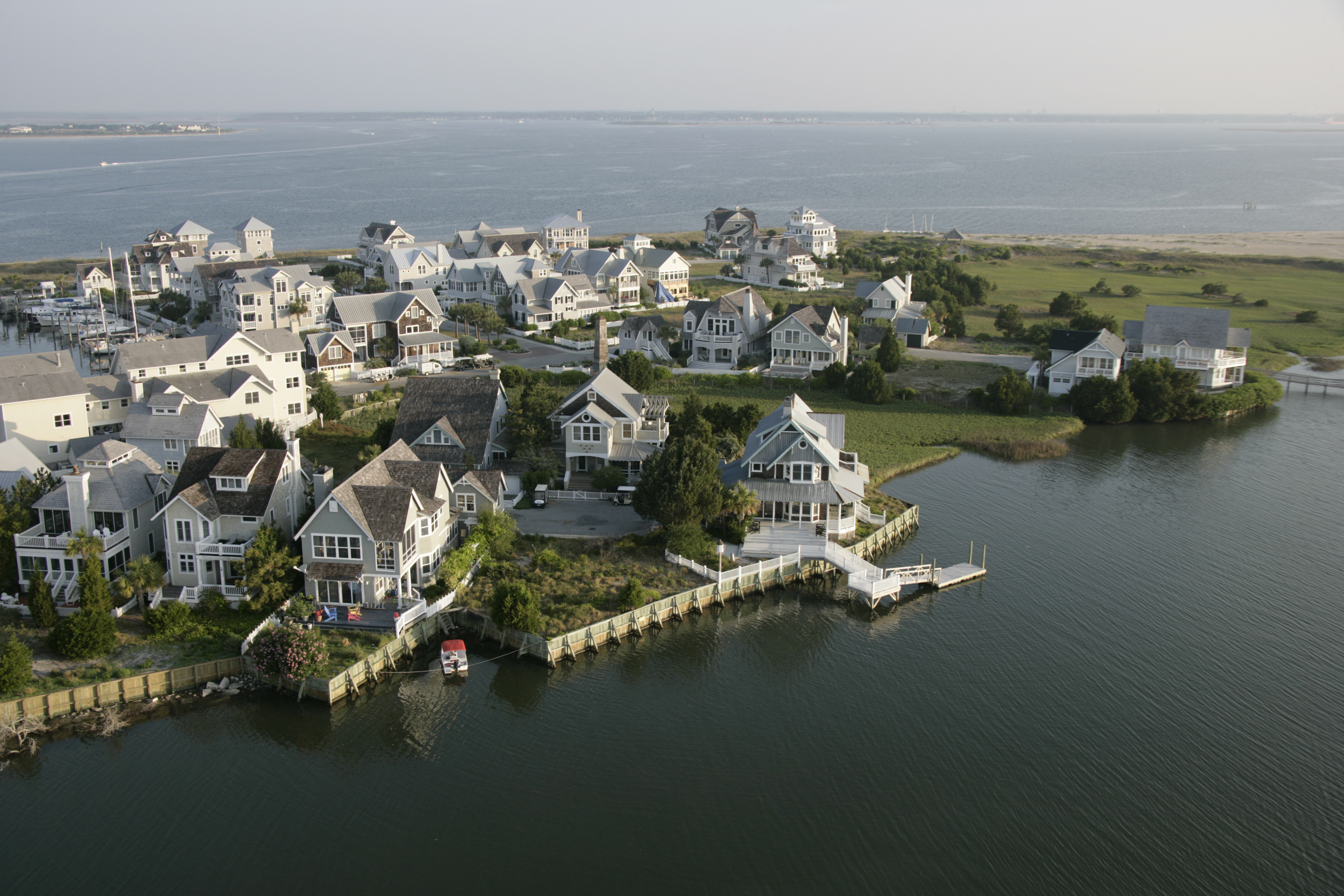 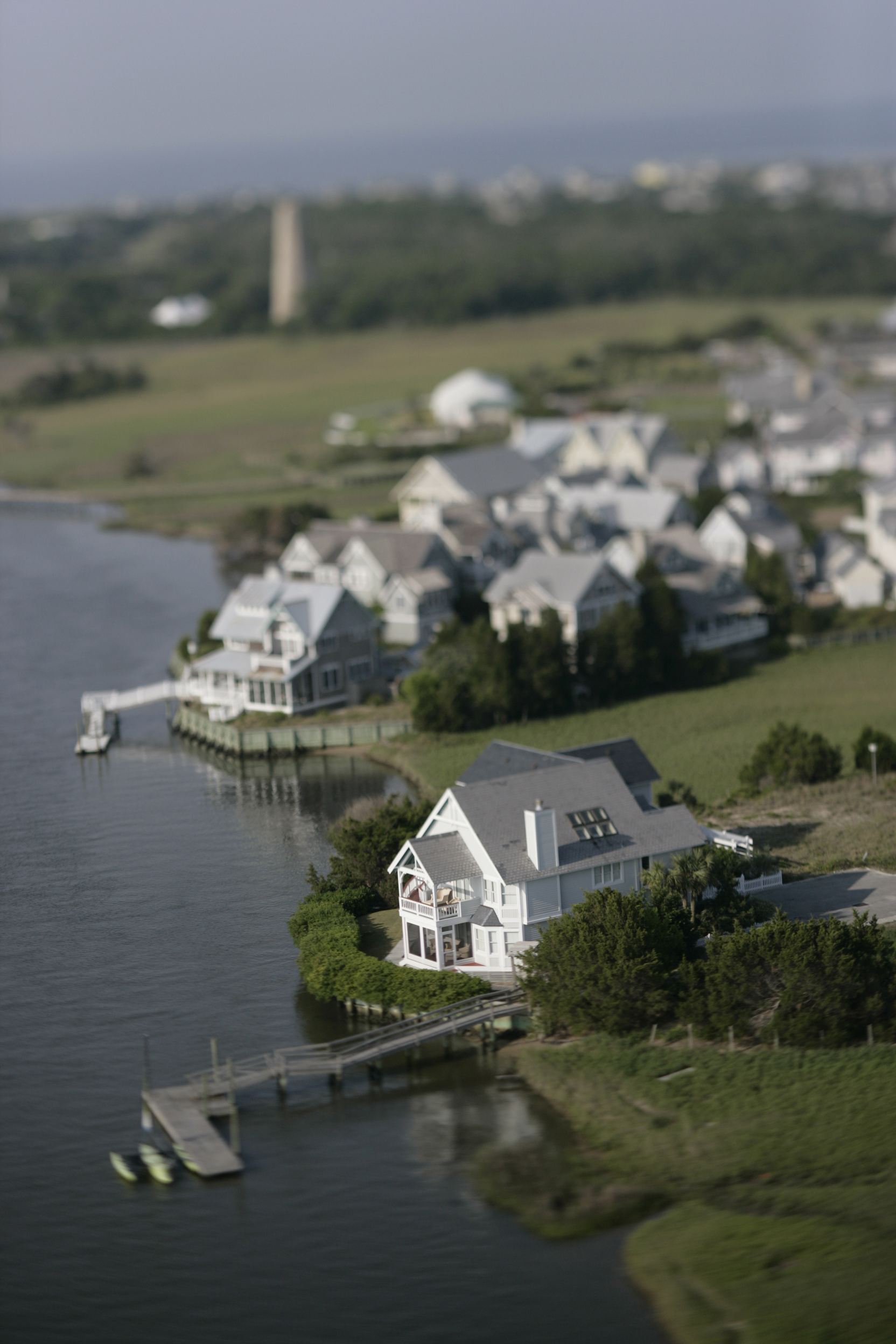 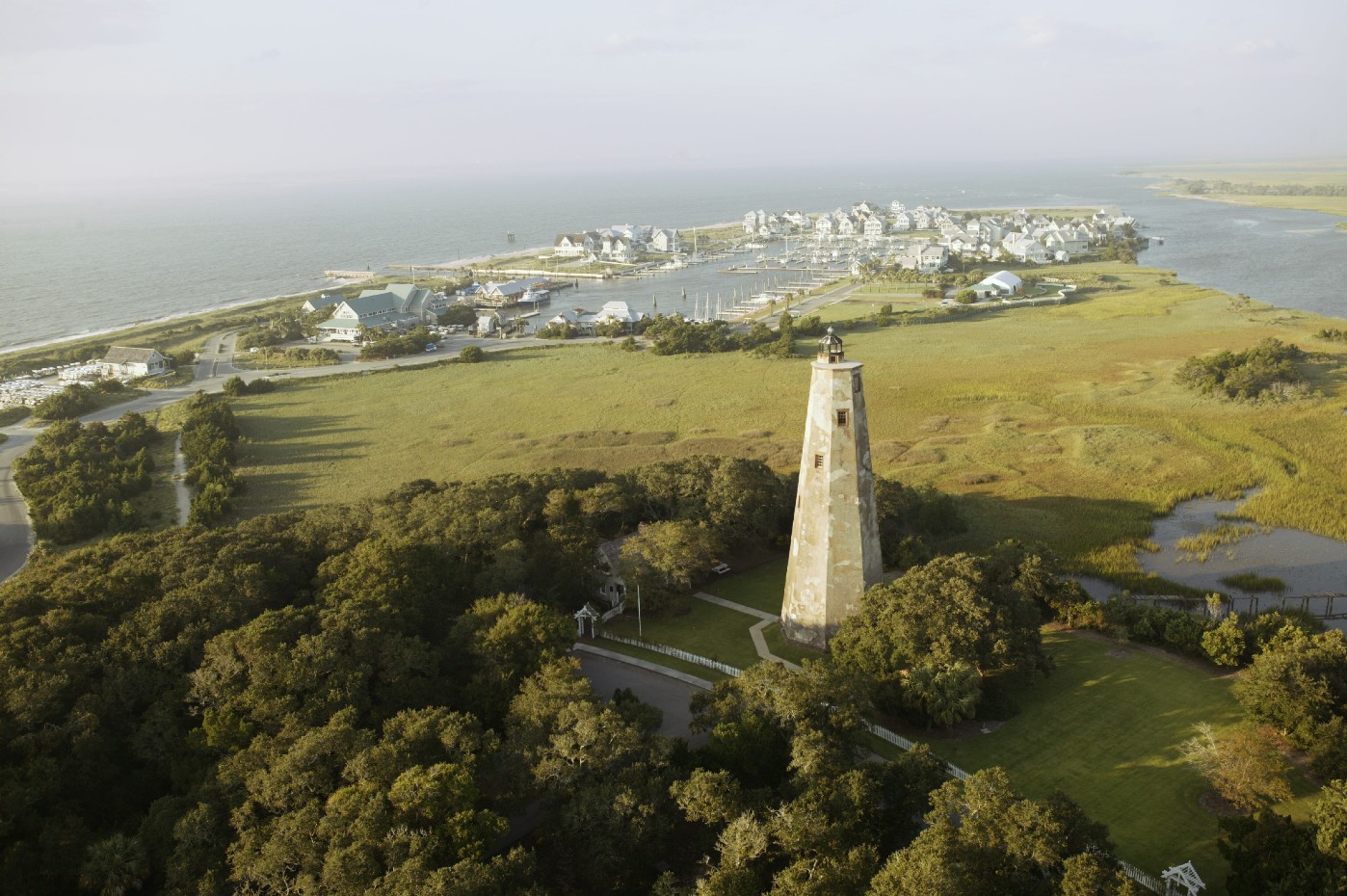 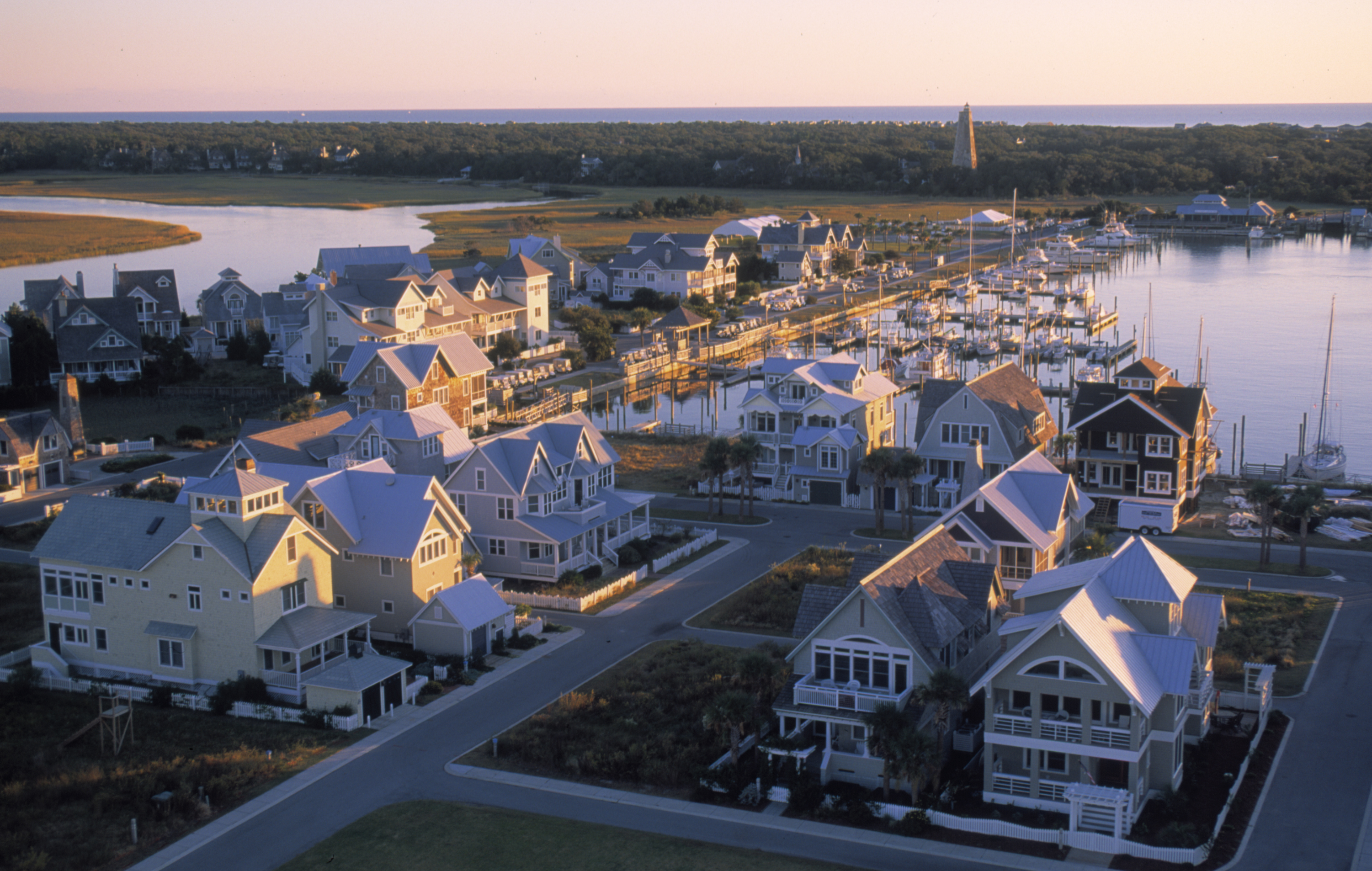 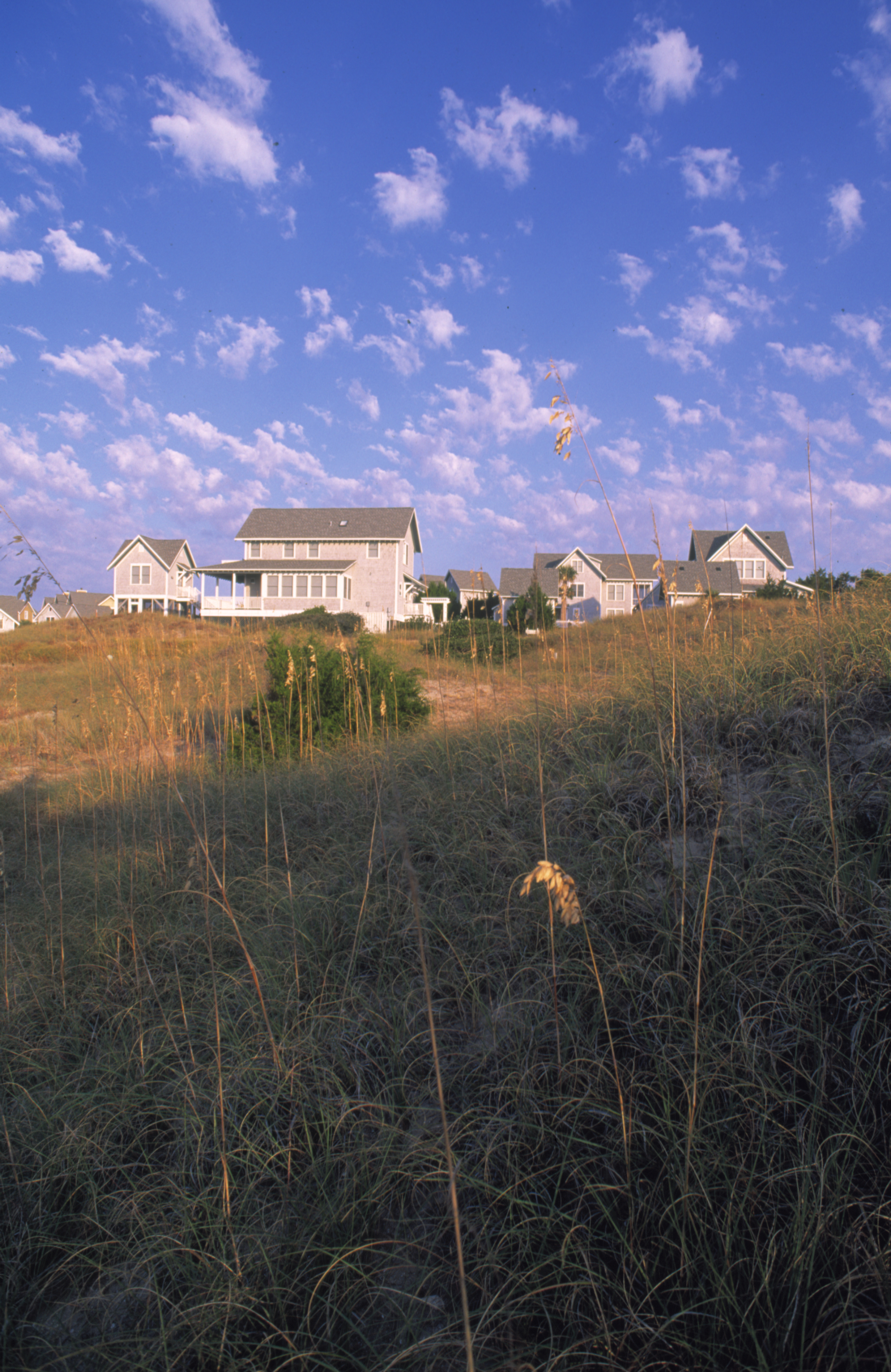 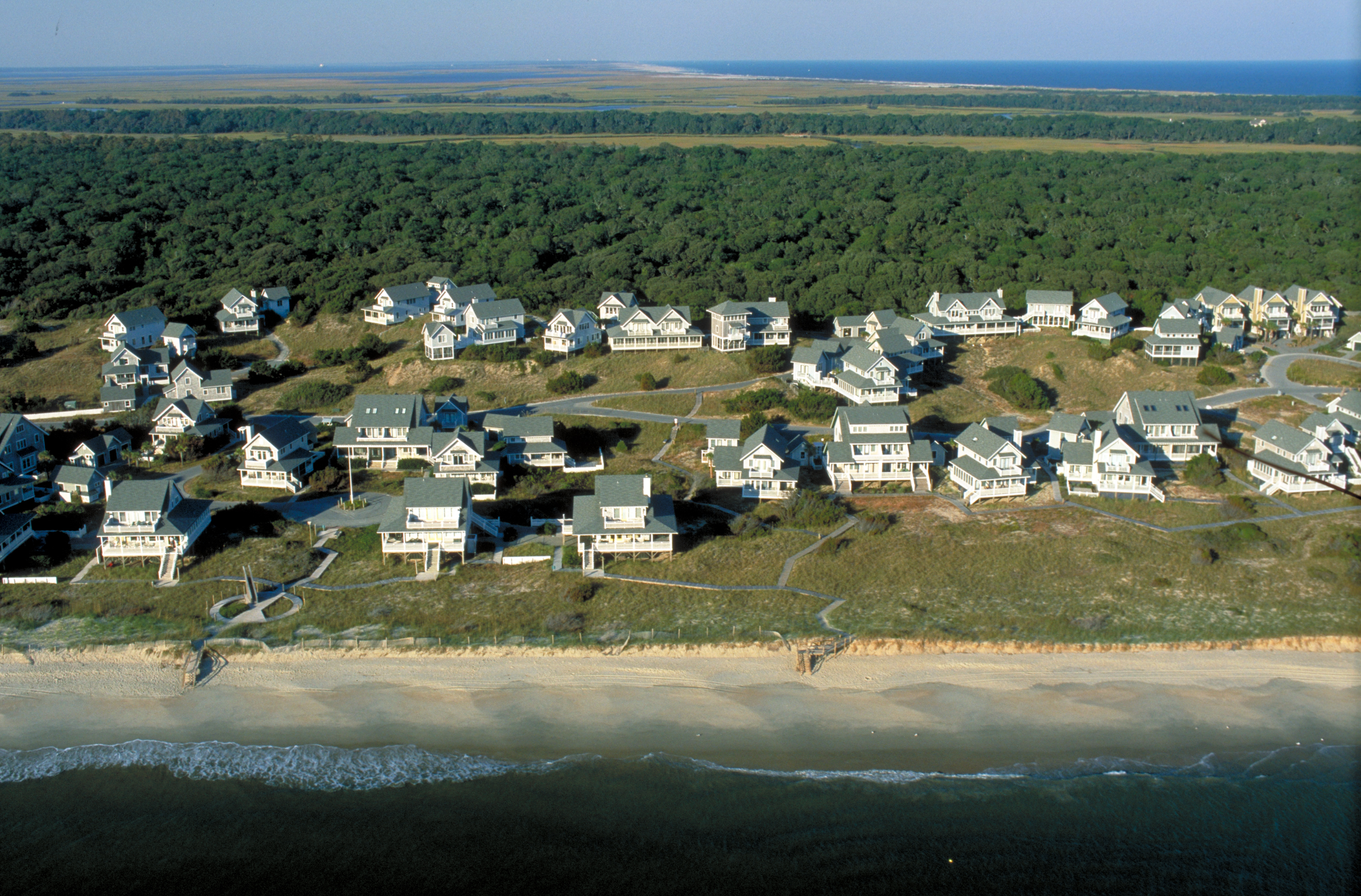 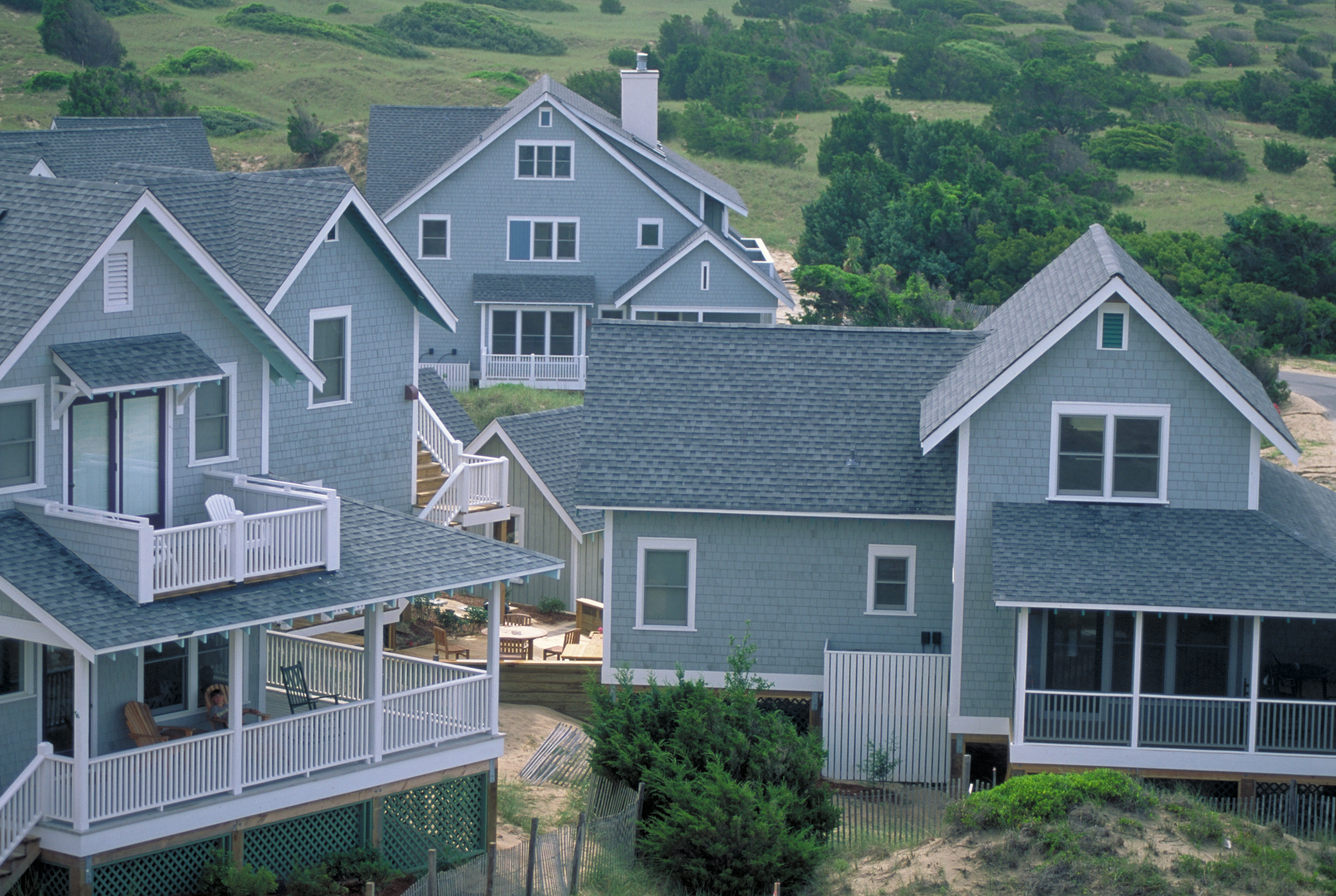 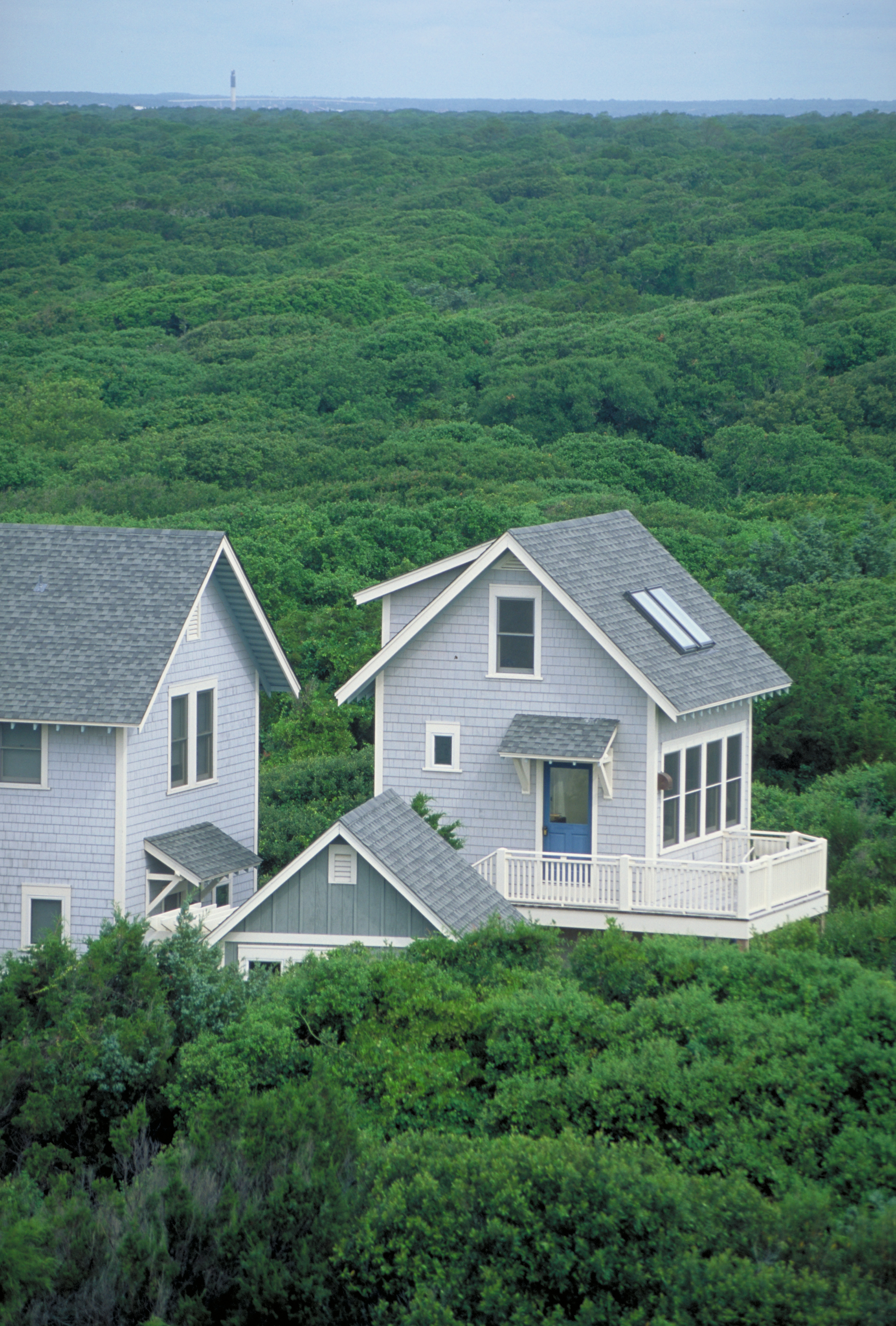 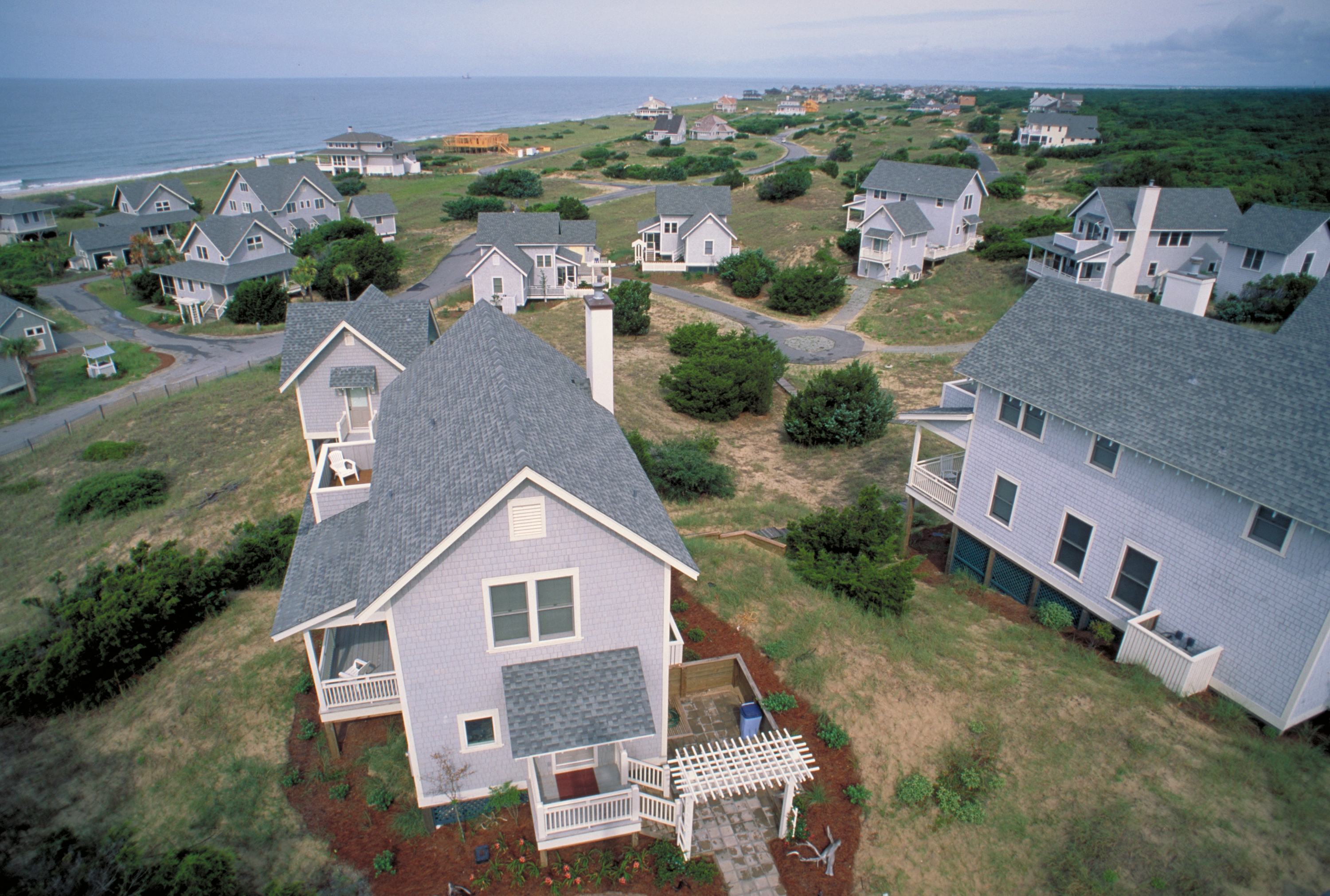 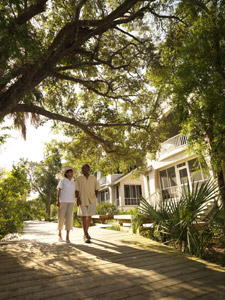 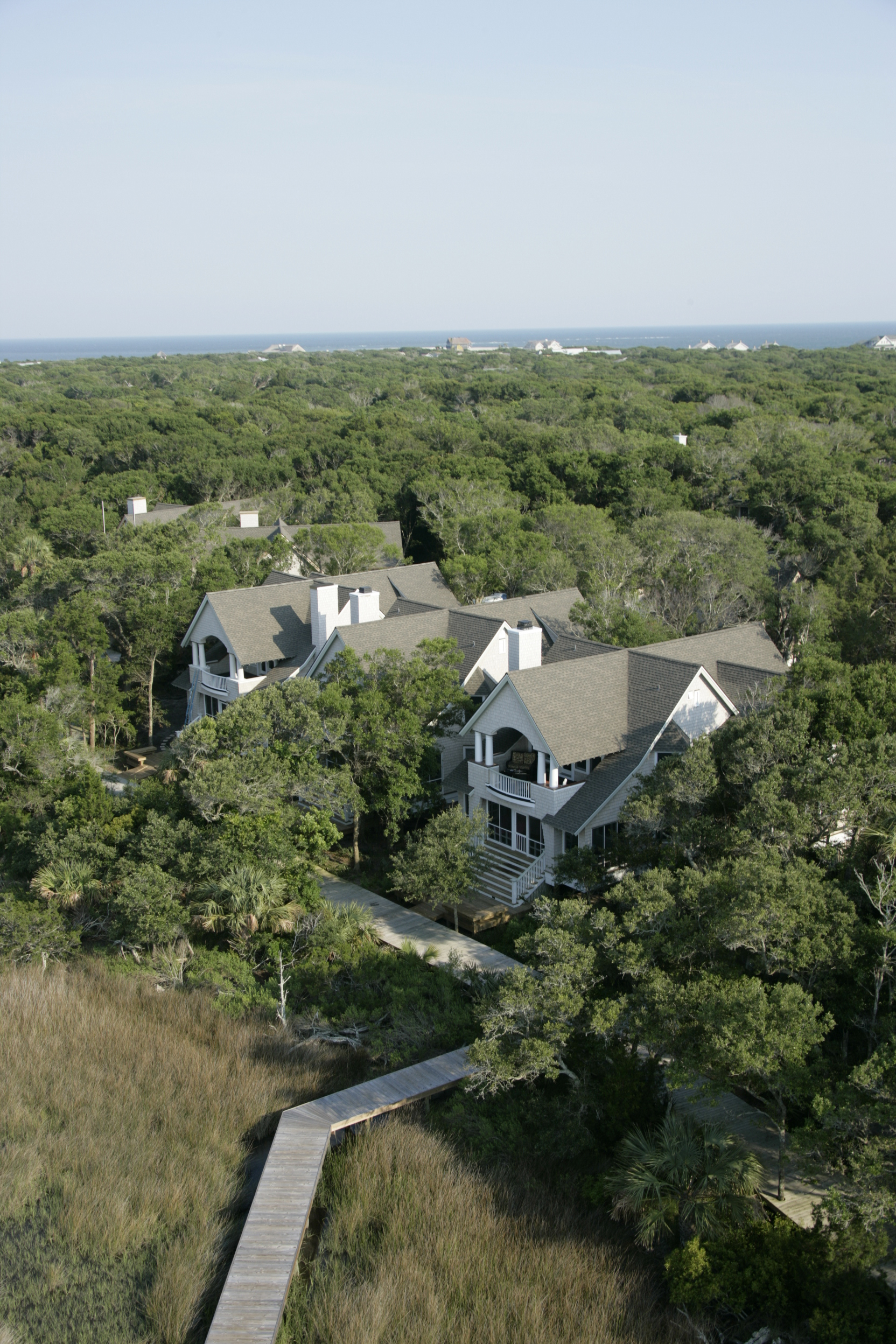 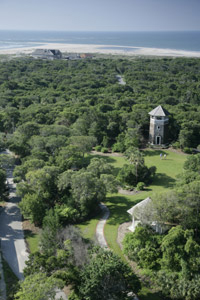 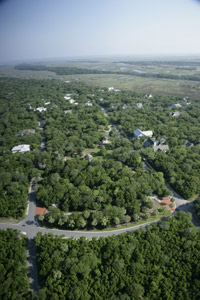 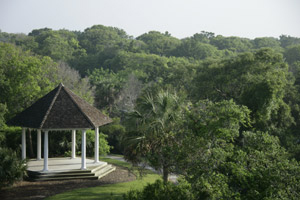 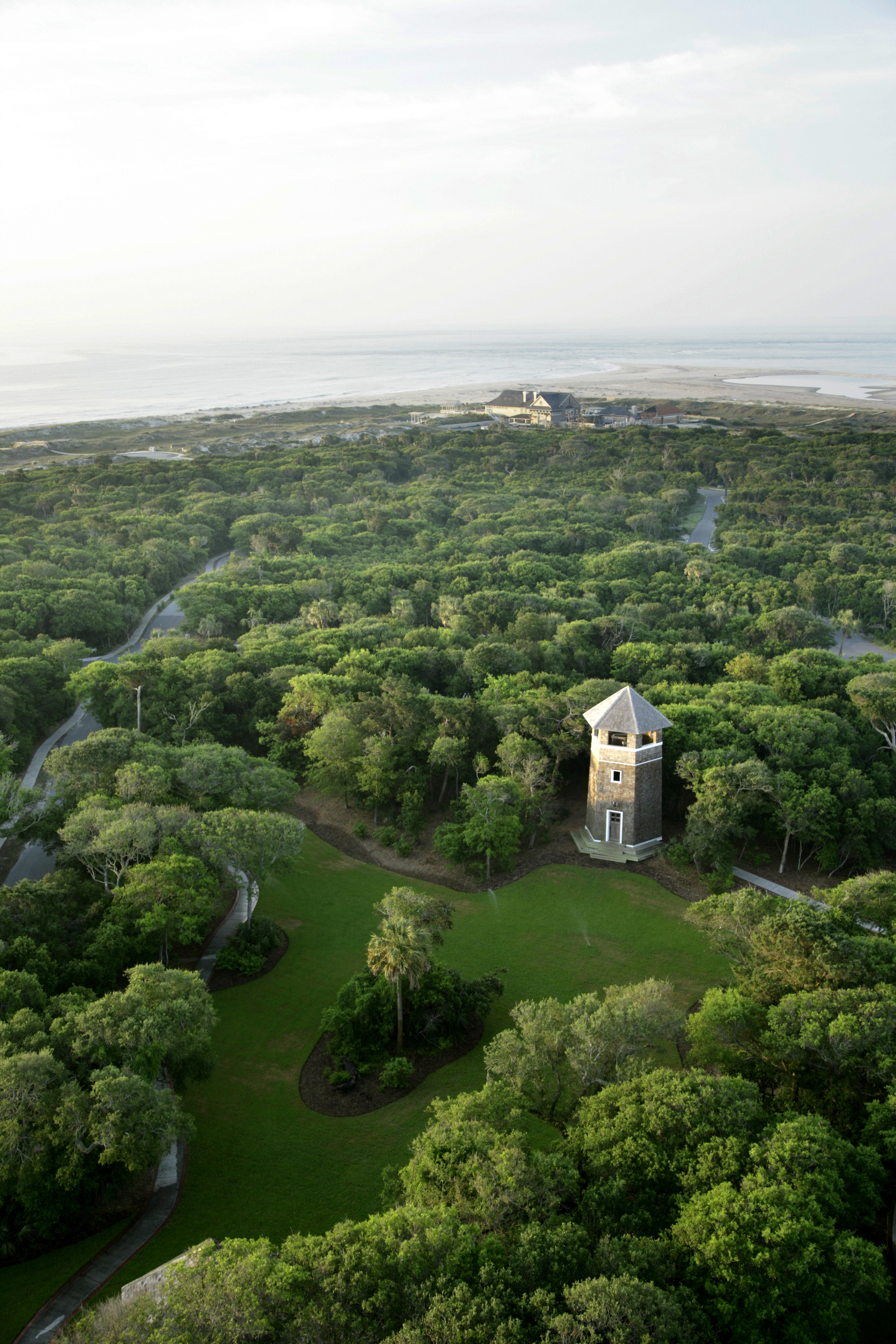 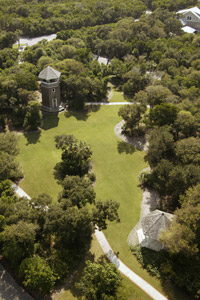 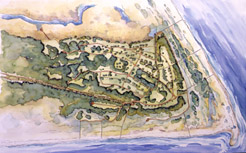 From the images presented this development seems to be suburbia without the automobile and only because the automobile is not permitted on the island. Calling this an ecologically sensitive development is very arguable when the housing appears equal to or larger than average size house in our country, which consumes large amounts of material and energy both to create and operate. What measures have been provided to reduce consumption of water and power. Did this project apply for either LEED or SEED certification? Please explain more clearly, exactly how man is subordinate to the environment. I hope I am missing something, but this development appears no more in harmony with the environment than any subdivision USA.
While the style of architecture is questionable as their may be other architectural form more suitable to be in harmony with the environment, I do feel care was paid to the scale and proportion.

My wife and I have a love of front porches. We met on one, and got married on one – the front porch of “Captain Charlie’s”, the home on the bluff at the far end of Bald Head Island, where the men who staffed the lifesaving station lived. Our friends came over on the ferry, drove the golf carts the length of the Island, and stood on the sand near the front porch steps that wonderful fall day in 1985. The Island was memorable then, and still is.

The company that first gave the world color in plumbing products, back in 1927, is at it again. But now, Kohler’s looking...