Just in time for Halloween, the creatives at New Ravenna have rummaged through their collections to come up with a celebration of a single color:

As in Gothic. Macabre. Sinister. And decorative.

“It’s not a newly designed line but it is catching up with a trend that people are talking about: Addamscore,” says Cean Irminger, creative director at the Virginia-based mosaics maker. “This is based on Tim Burton’s new syndicated series based on the Addams Family coming out on Netflix in November, called Wednesday.”

It was dubbed Addamscore by Veranda magazine, in a nod to the Addams Family, the series that was first a comic strip, then a TV series, and then movies. “It’s quirky Gothic – not scary but friendly sinister,” she says. “It has tropes of the Gothic aesthetic with a little bit of humor.”

At New Ravenna, handcrafted black mosaics are never just black. Nero Marquina and Orpheus Black are polished, tumbled, and honed, each finish providing a different surface, absorbing or reflecting light. Glazed Basalto™ in Dahlia has the added texture of natural geodes, where glaze has pooled to create shiny organic doubloons in

“We’re playing with black on black and textures and lines,” she says. “We looked through our catalog for those macabre, dark works that fit into everyday spaces.”

The Venetian honing of Orpheus Black in Coliseum gives the stone an elegant 3-dimensional quality. Byron has brushed brass thorns, Morticia’s ideal floral silhouette.  Èze reveals the sinewy lines of a vulture’s talon in aluminum. In recognition of the Addams Family’s preference for the night sky, Phase to Phase is a spooky, moonlit mosaic.

Irminger had noted an uptick in sales of darker mosaic tiles for interior spaces before Addamscore began trending. “It’s definitely a certain segment of the population that likes that kind of Gothic, quirky feel to their interiors,” she says. “It’s about dark colors and romantic, black on black, and the benefit of dark spaces, close and intimate.”

Black is for the people who do Halloween and read Jane Eyre, she says. “They’re people who dance to the beat of their own drums and love the odd and bizarre and macabre,” she says. “It’s not the everyday homeowner, but people who’ve got a slightly sinister but not gory vibe.”

Most will use the black mosaics are on the floors and walls, depending on the scale, while white roses on a black background are best for floors. “And there are glimmers of metallics like candlesticks and candelabras, the things you’d find in a haunted house or Gothic mansion,” she says. “And there are the dark greens and burgundies, plus florals that are very Gothic, like dried flowers or midnight gardens.

They’ve used different blacks together – honed and polished. “The light hits it and the honed tone drops back,” she says. “It’s not so much about the pattern, but really popping up the texture.” 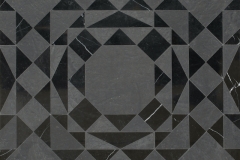 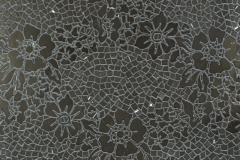 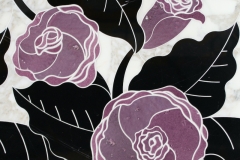 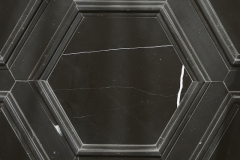 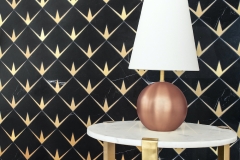 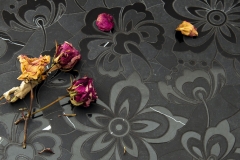 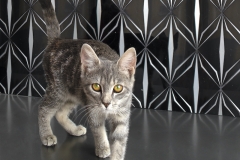 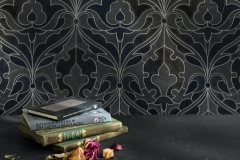 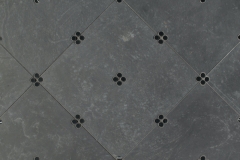 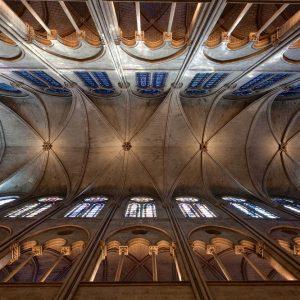 Now that the restoration of the Notre Dame de Paris is well underway, the National Building Museum has opened an interactive...