The new building at 250 Bowery in Lower Manhattan shows a strong respect for the grid.

Not just for the grid of the street in that part of town, but for the fenestration of the cast iron buildings there too. It even shows it in the layout for its condos on floors three through eight.

The first floor’s open for gallery or retail space, and the second’s for offices.

Combined, they all form a nifty looking Miesian cube, clad in glass and supported by expressive aluminum I-beams.

“Funny you should mention a cube,” says Matthew Goodwin, director at AA Studio in New York. “The site is 85 feet wide and the building’s 85 feet tall.”

Intended originally as boutique hotel, the project commenced during the Great Recession, but was abandoned as little more than a hole in the ground. The studio’s client purchased it from a bank in 2010.

It’s 45,000 square feet total, with terraces carved out of the second and third floor rear spaces.

The views are substantial. From the top floors, there are rear vistas of Lower Manhattan and a great view of the new World Trade Center.  And there are the older brick buildings from the turn of the century, in a mix of old and new.

“By nature of the massing, we had to take out some floor space so on seven and eight we made duplex penthouses for double height space, with two windows looking out to the Bowery,” he says.

That translates into penthouse views of all things SoHo. From the Bowery side, there’s the New Museum by Sanaa Architects, Cooper Union by Morphosis and the Sperone Westwater Gallery by Foster + Partners.

Not surprisingly, the New York AIA Merit Award-winner is 100 percent occupied. “When the brokers put it on their web site, they had hundreds of viewers in four hours,” he says. “It sold out in three weeks.”

That because, as Goodwin likes to say, it’s a contemporary factory with wonderful living spaces.

And views to die for. 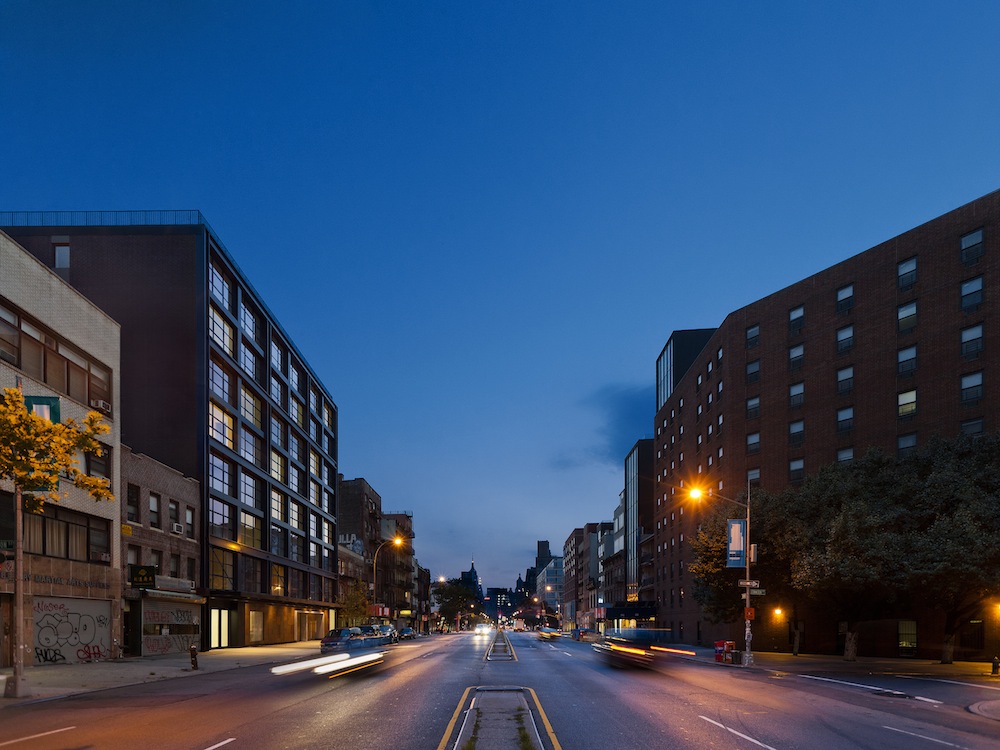 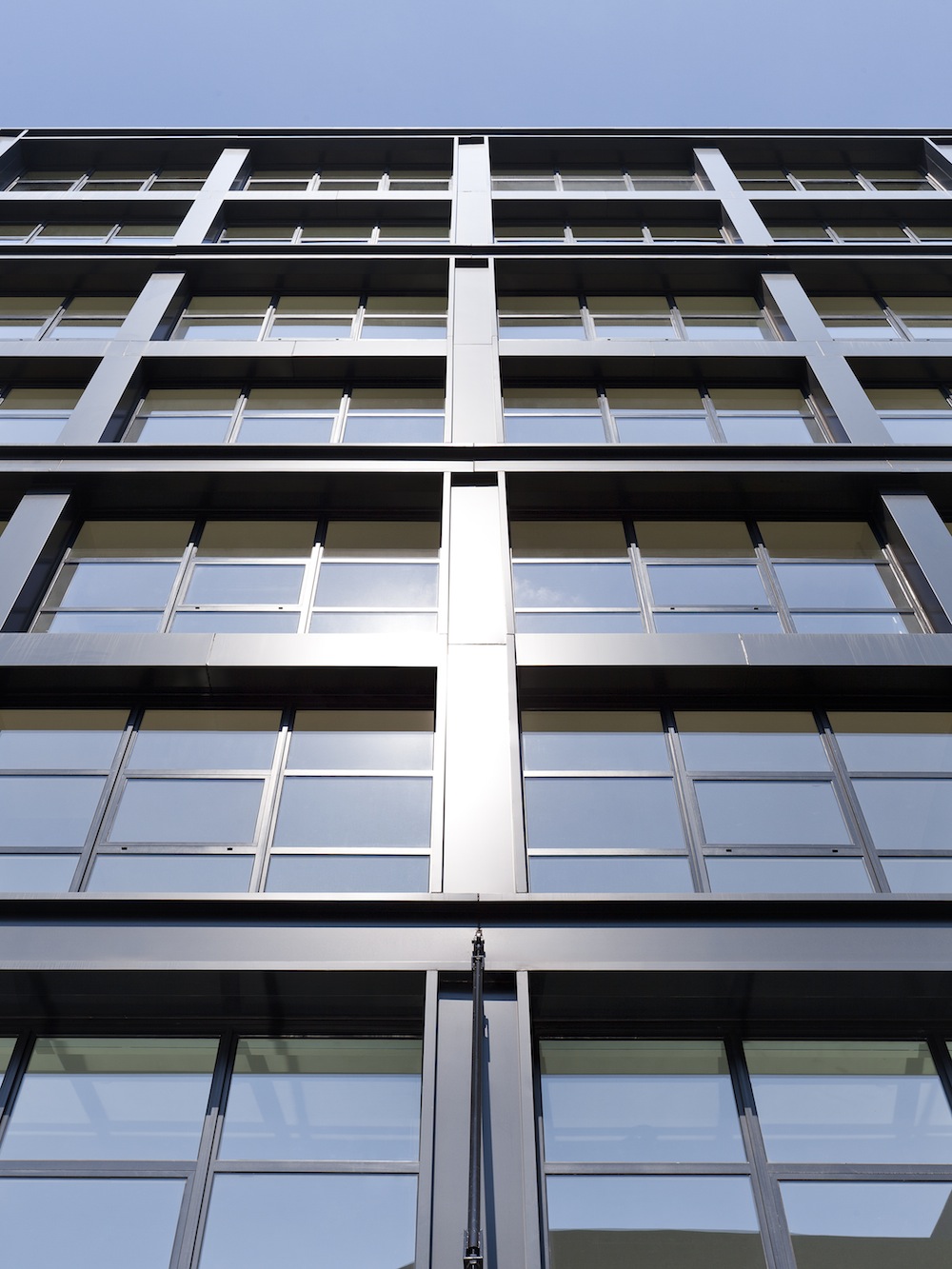 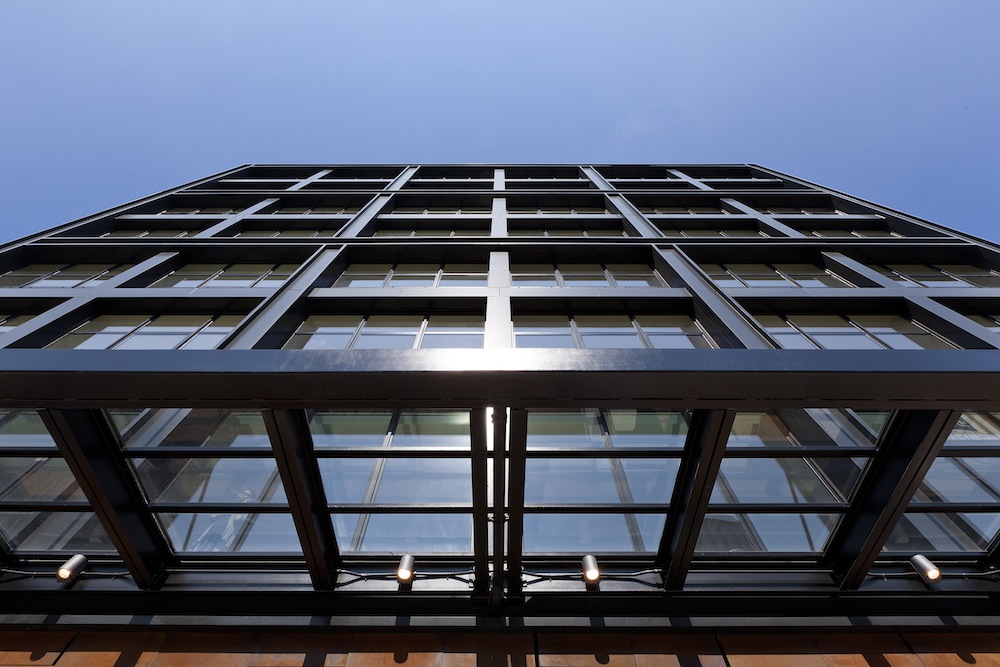 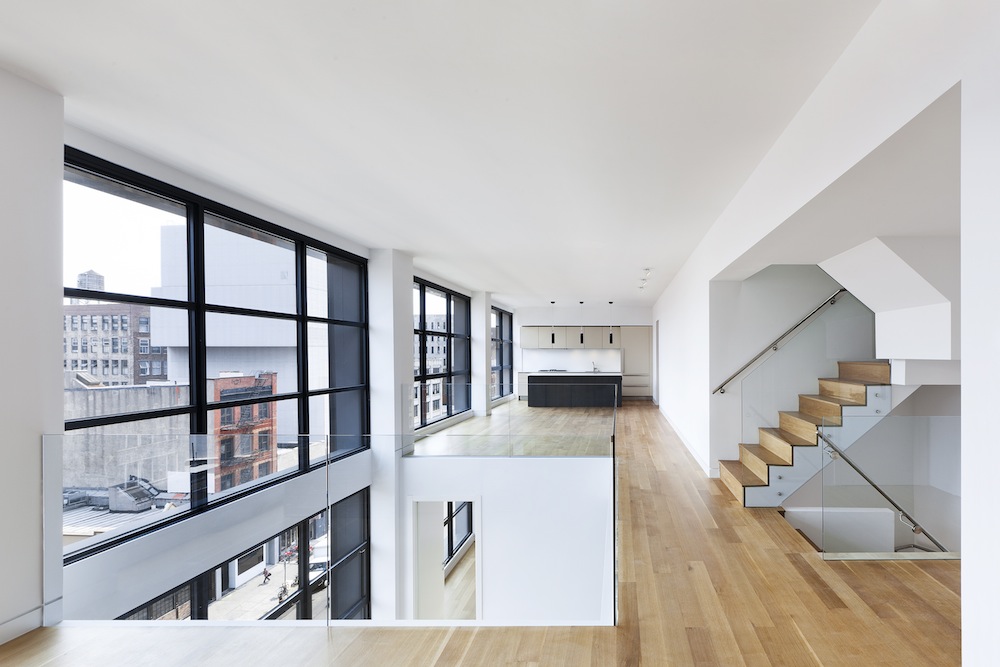 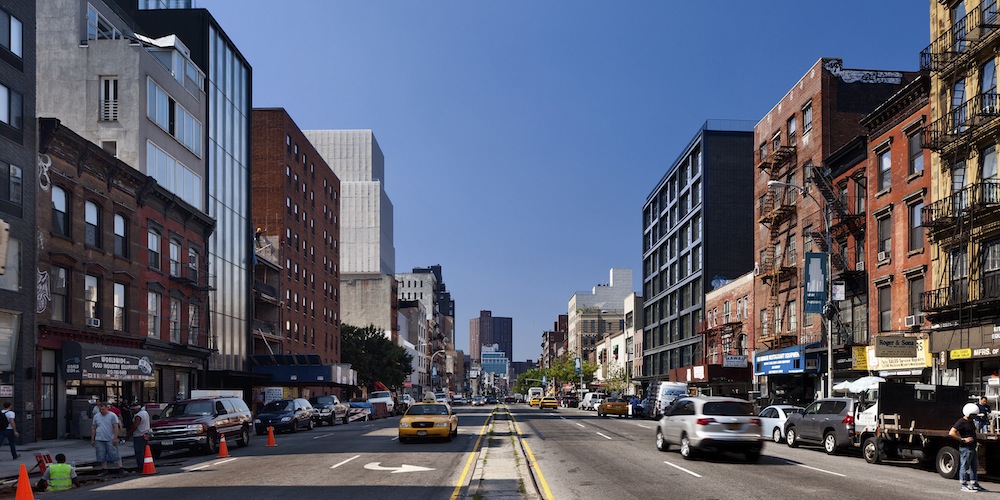 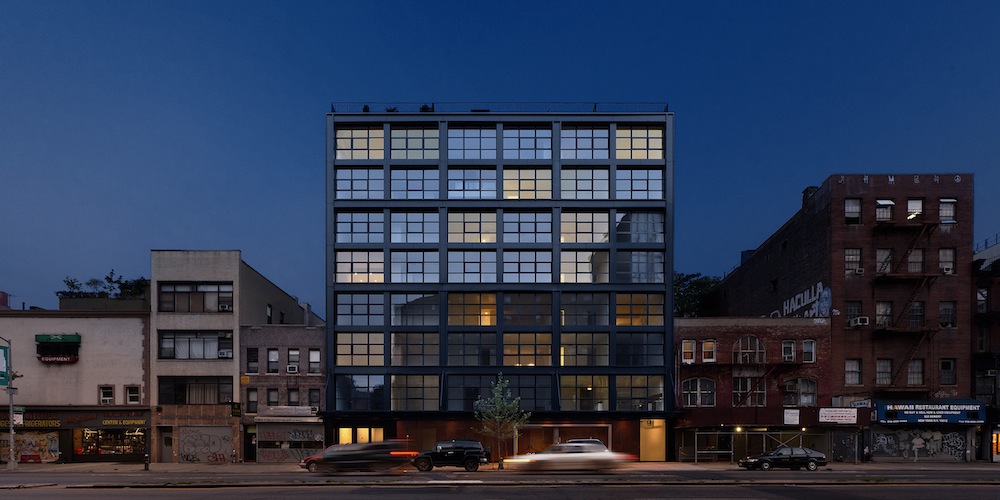 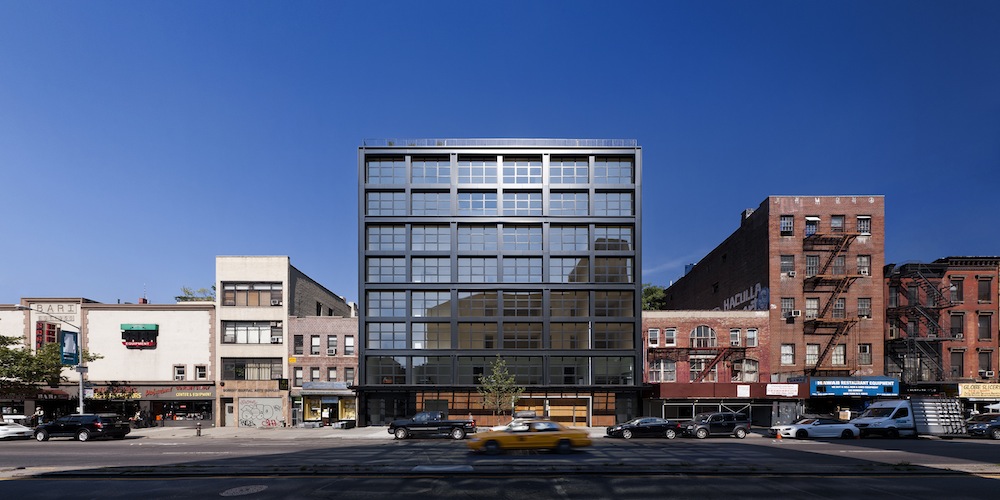 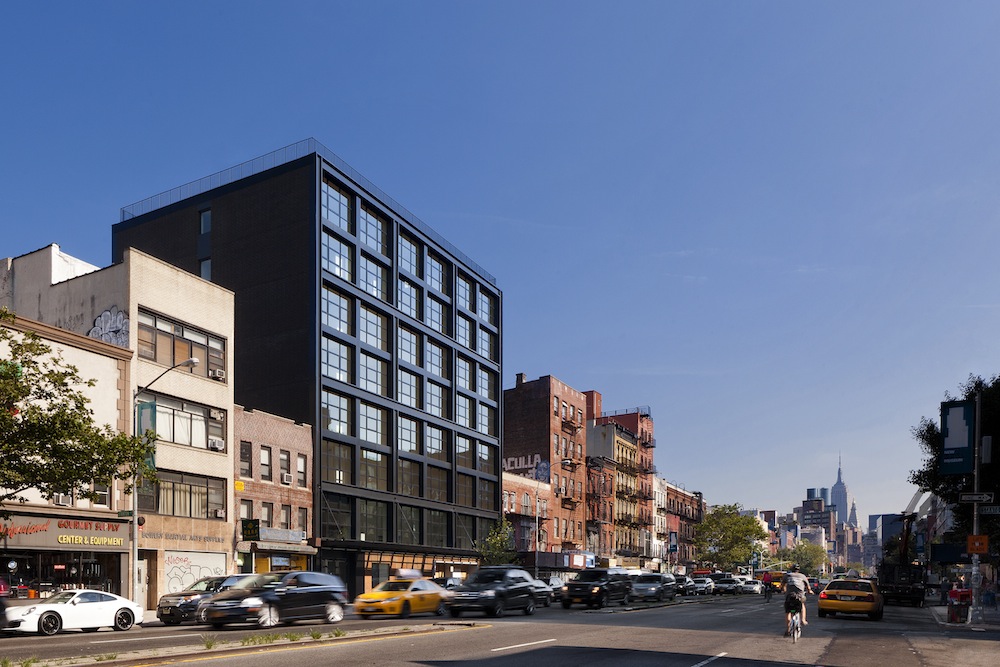 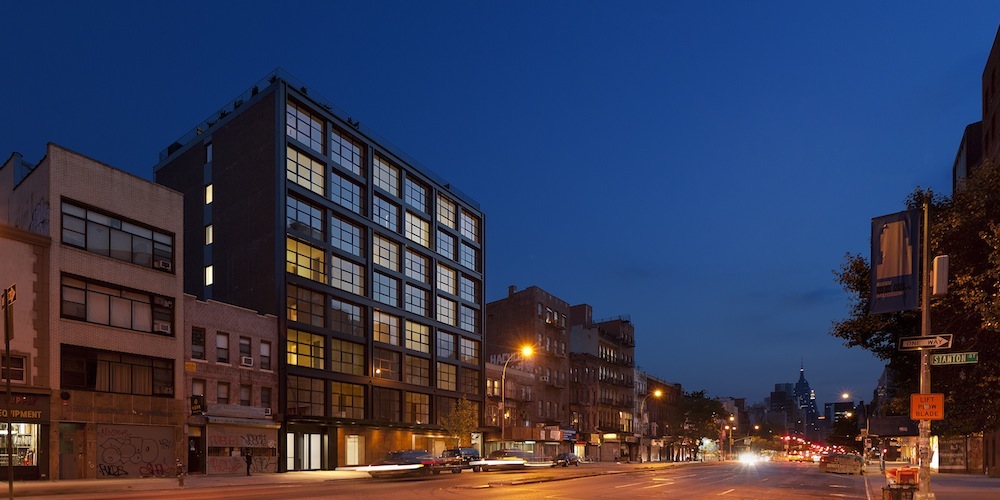 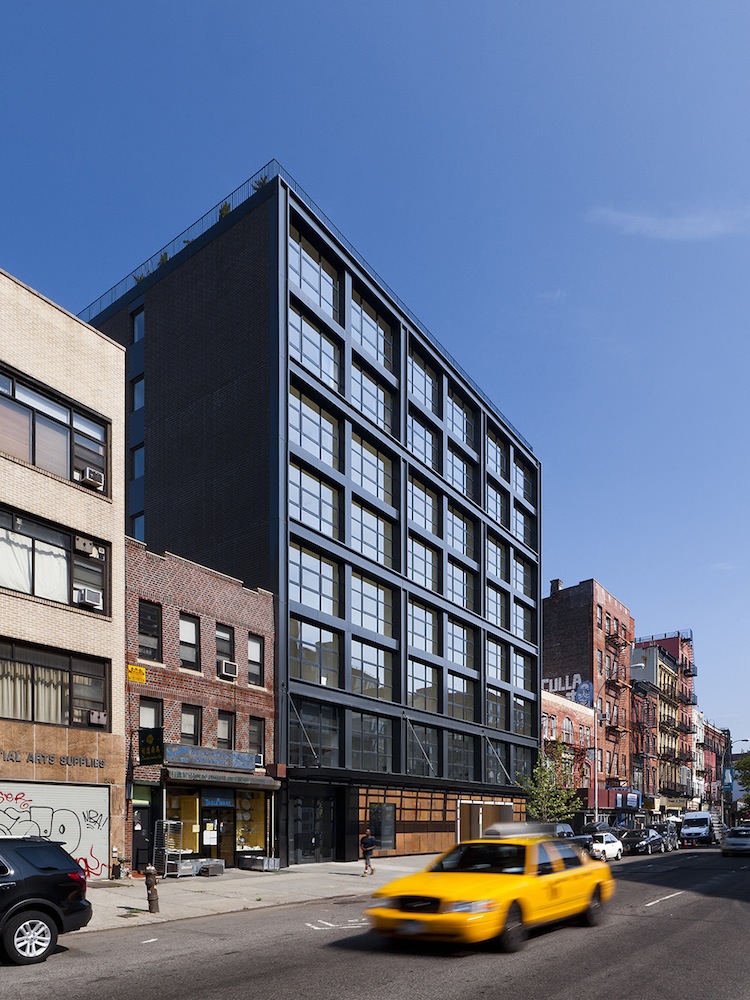 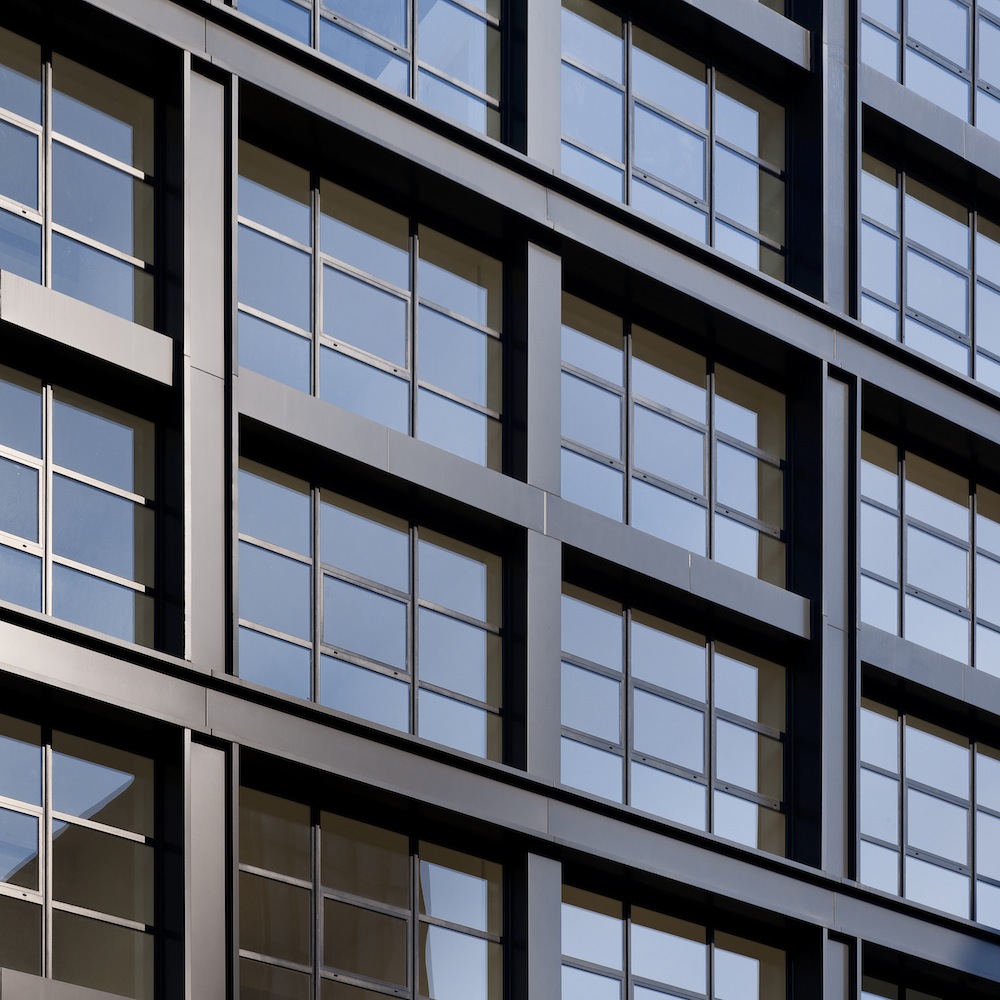 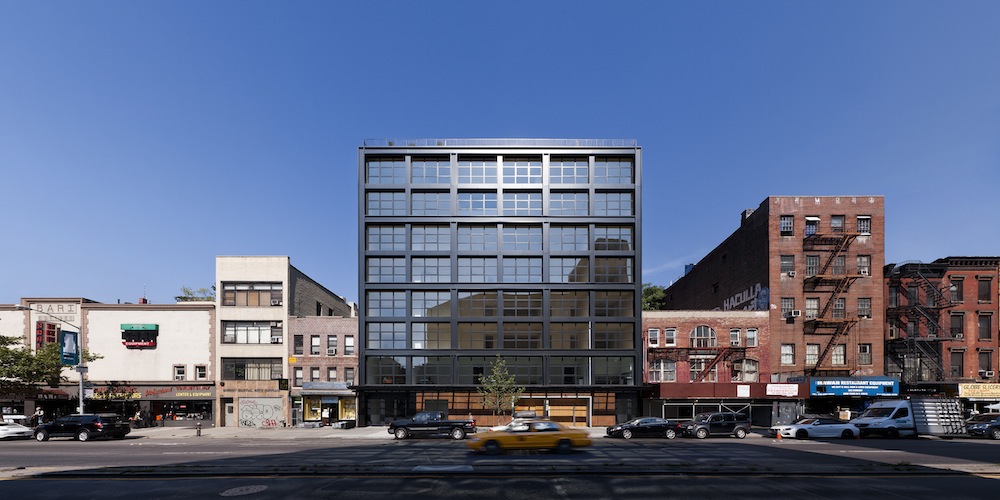 The client was enamored with the idea of a building in the shape of a mountain range. The site’s near an airport, so the mixed-use...