A bath that’s ten feet by 13-and-a-half doesn’t offer a lot of space for remodeling.

Especially if it started out in 1959 as three compartmentalized rooms.

“We wanted to completely open it up,” he says. “In California, people don’t want drapes – they want natural light and a view outside. And here, there are motorized drapes outside for privacy.”

To keep it bright without going stark white, he used Italian Calacutta statuary stone – and plenty of it. It’s veined in grey and beige, and it covers the tub surround, two vanities, all the flooring, and the shower walls. Even the drain in the threshold-free shower is made of Calacutta.

“There’s a slope to the invisible drain – the stone in the drain matches the floor so there’s no visual interruption,” he says.

He chose alder wood for the custom, freestanding, his-and-her vanities – because there’s no grain to speak of and it takes a stain well. Each has just four drawers – the top is a drawer-within-a-drawer, for brushes or razors. A lighting strip below emphasizes the open feel.

But mostly, it was just a tight space. “It came down to half inches on this project,” he says. “I was on site after demolition to measure.”

Still, all that attention to detail paid off in spades. Next up – now that he’s finished the family room and master bath – he’ll tackle the kitchen. 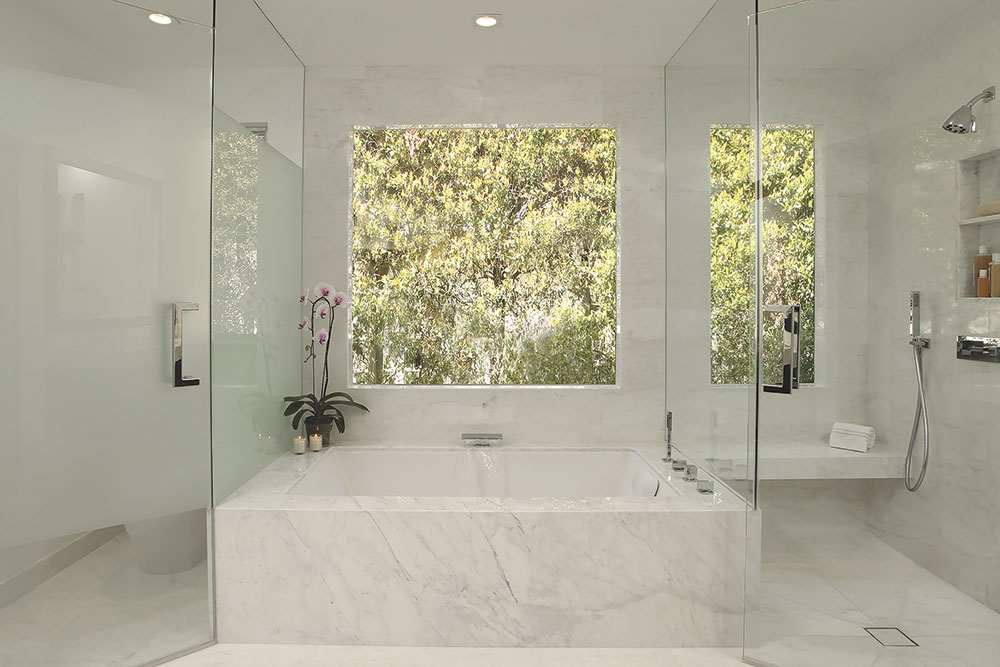 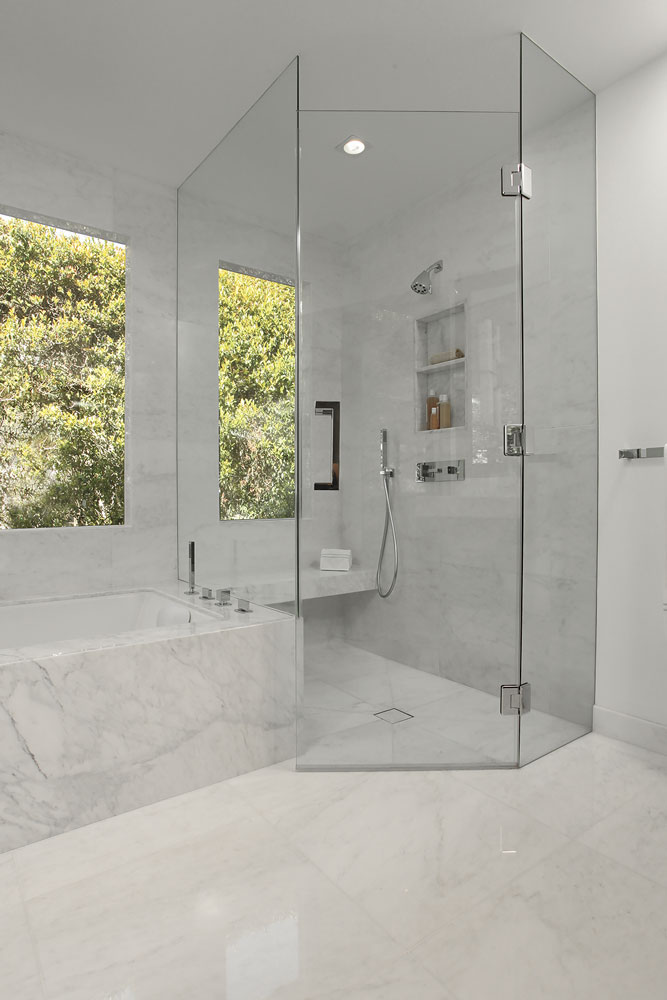 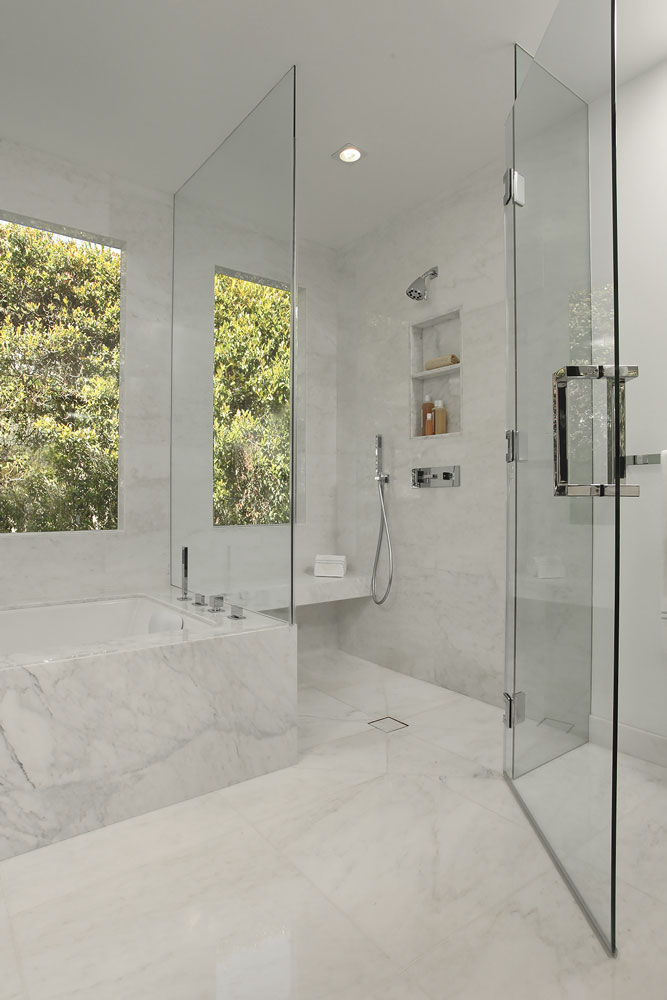 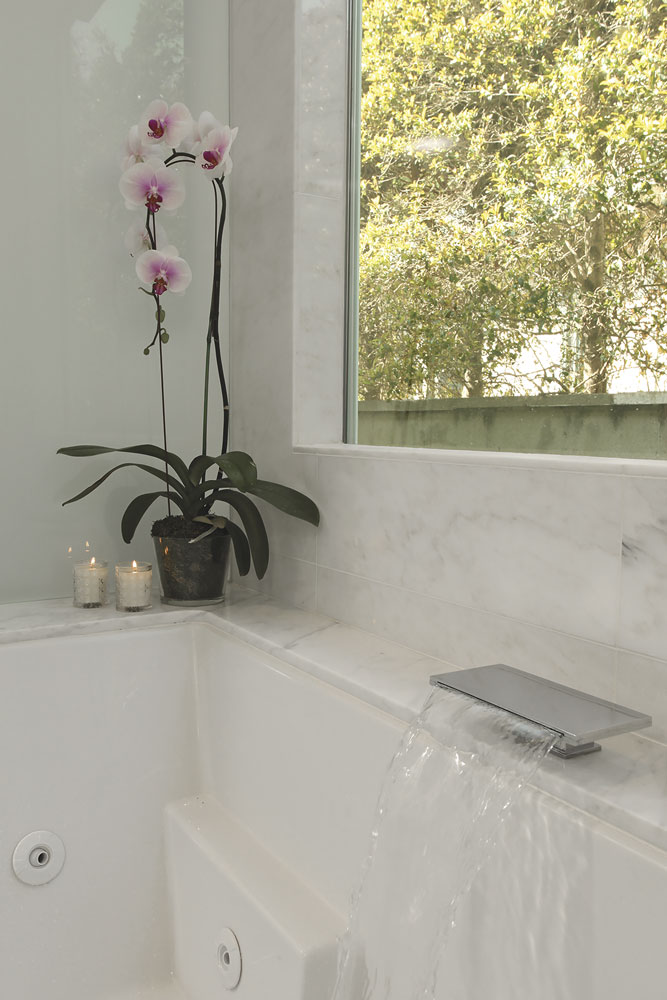 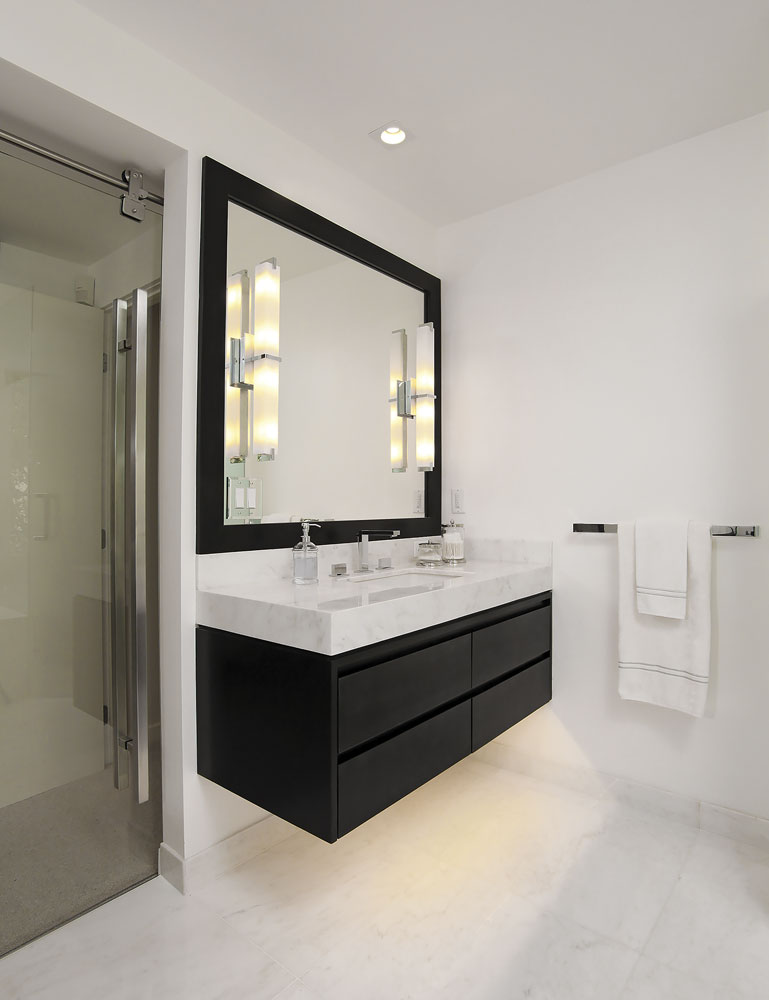 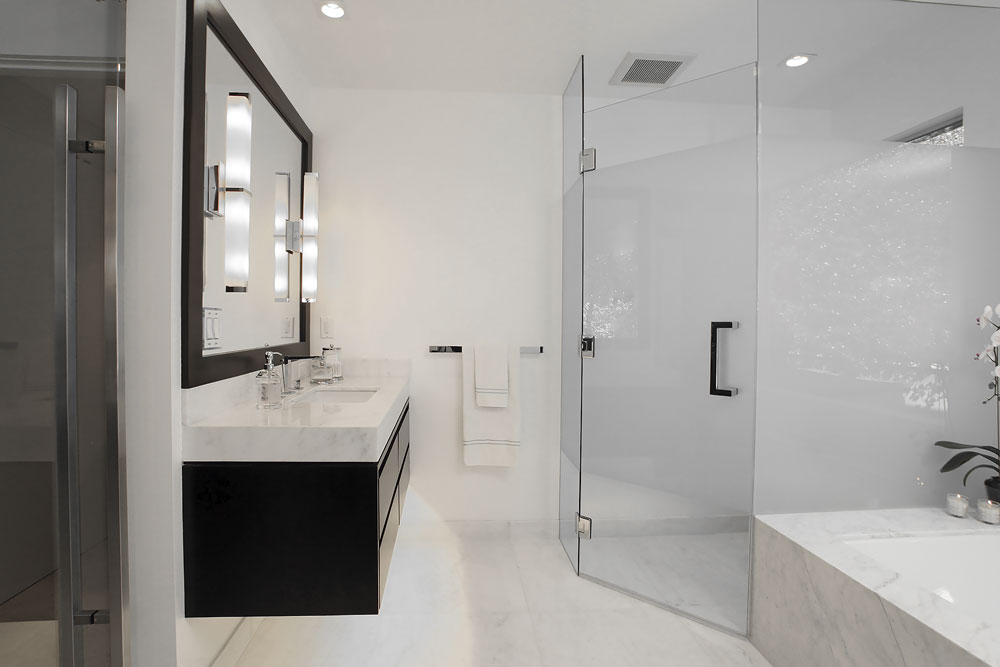 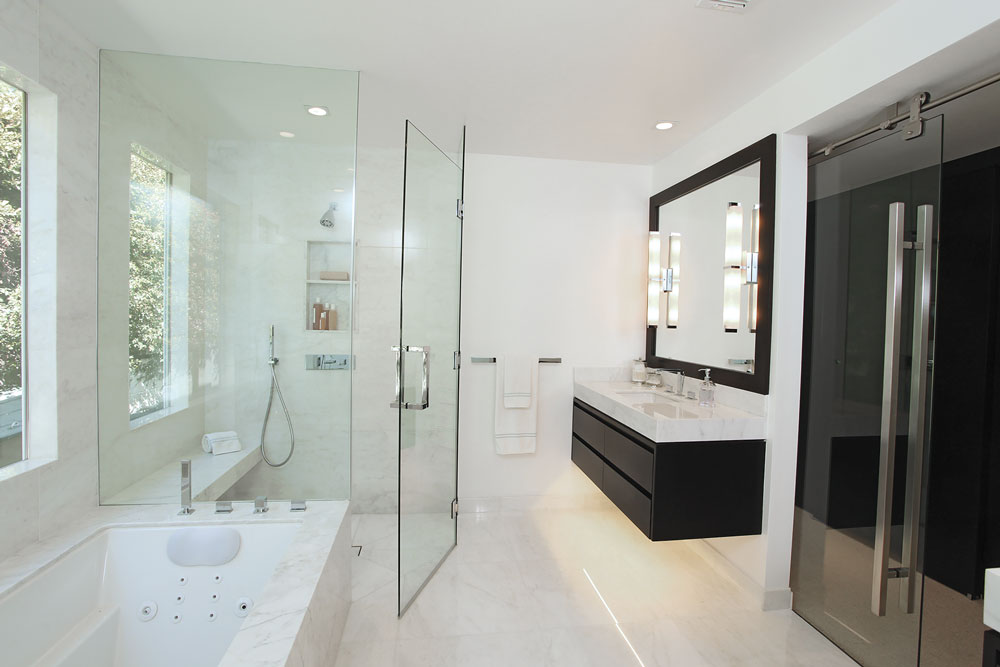