“The word itself is ambiguous,” he says. “A gate can pen you in and keep you out.”

Nowhere is that more evident than in Cambridge, Mass., where a series of 25 gates handsomely frame the perimeter of the Harvard campus. Kamin’s new book, Gates of Harvard Yard, looks them all, with photographs and essays covering their backstories and meaning.

“To be gated means restricted to campus or the dormitory – you can’t get out,” he says. “They are places of entrance and exit, and how you experience them depends on who you are and who the gatekeepers are.”

Most of Harvard’s gates were designed by McKim, Mead & White, beginning with Johnston Gate in 1889. But Kamin and his co-authors reached into the university’s archives to reveal the human elements behind all in this 144-page book of essays. The story of each unlocks the history, tradition and beauty of the campus.

“The reason they’re so powerful is that they are delicate and artistic central passages between ignorance and wisdom,” he says. “That’s why they’re so resonant.”

While a Nieman Fellow at Harvard in 2012-13, Kamin led a Wintersession class that sparked the book’s publication. When he arrived on campus, he’d  taken note of each of the university’s portals. “I was intrigued,” he says. “They’re beautiful and mysterious, with numbers and designs that are inscrutable.”

The authors of the book are the nine students from his class – undergraduates mostly, with one student from the Graduate School of Design and one Boston resident. “Each wrote two essays,” he says. “I wrote five and one of my co-teachers wrote two.”

Alas, many of Harvard’s gates are suffering from more than a perception problem today. They’re locked and inaccessible, their landscaping’s in need of serious attention, and their vistas are blocked by buildings constructed after their installation. “Some were locked – unnecessarily in our view – and couldn’t be experienced as meant to by McKim and others,” he says. “We found photos of them open.”

So here we have a book that’s more than just a good read. Noting that the Harvard Club of Chicago recently raised $7,000 to renovate Johnston Gate, Kamin is optimistic for action elsewhere on campus. “It’s not just an architectural exercise in words,” he says. “It could lead to awareness and action as well.”

In other words, it’s time to open up all of Harvard’s gates, restore their meaning and revel in their beauty.

To hear Blair speak about the book in Boston tonight, go here. And on the 29th, go here. 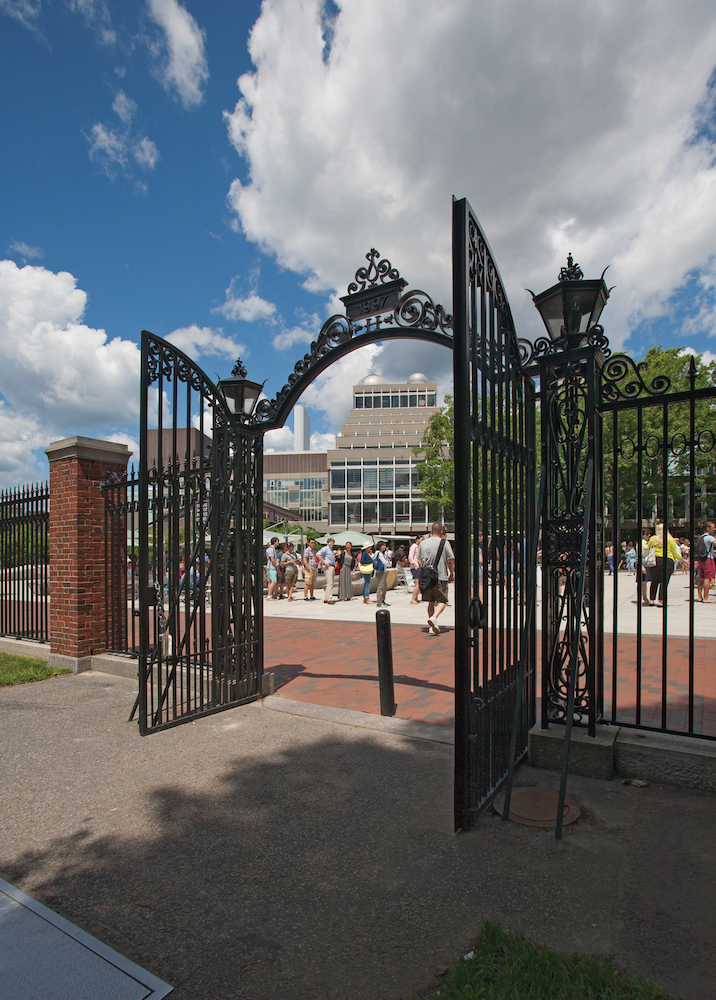 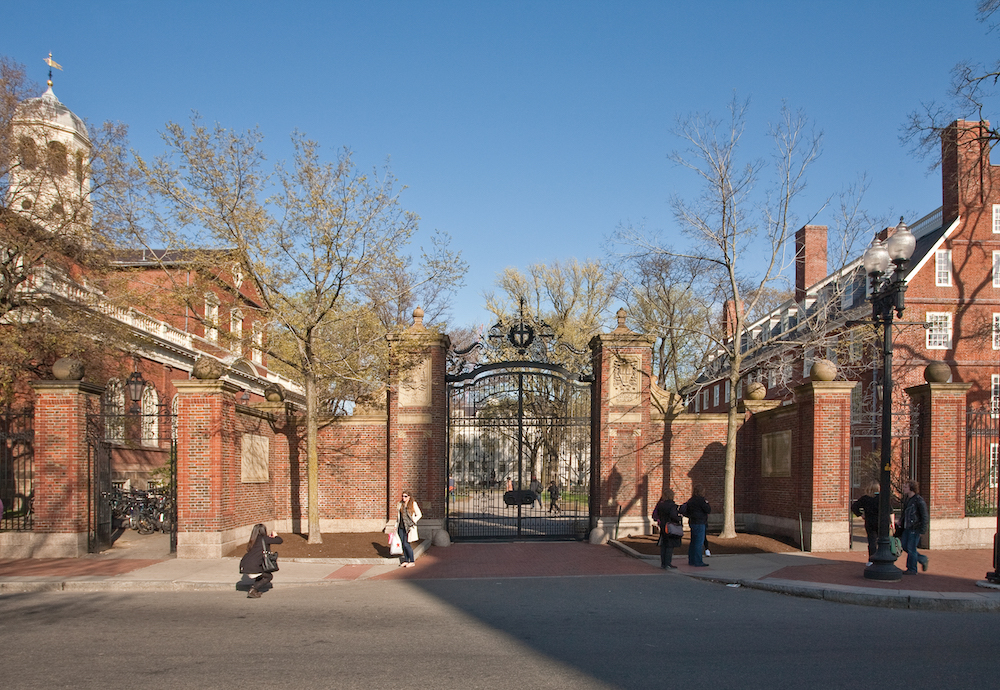 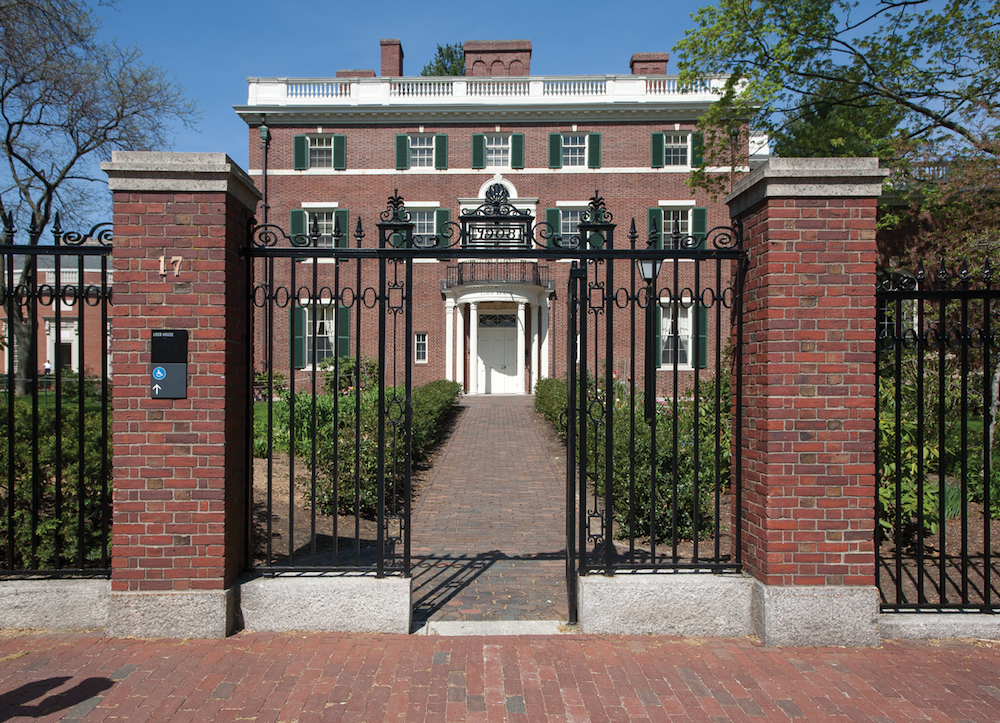 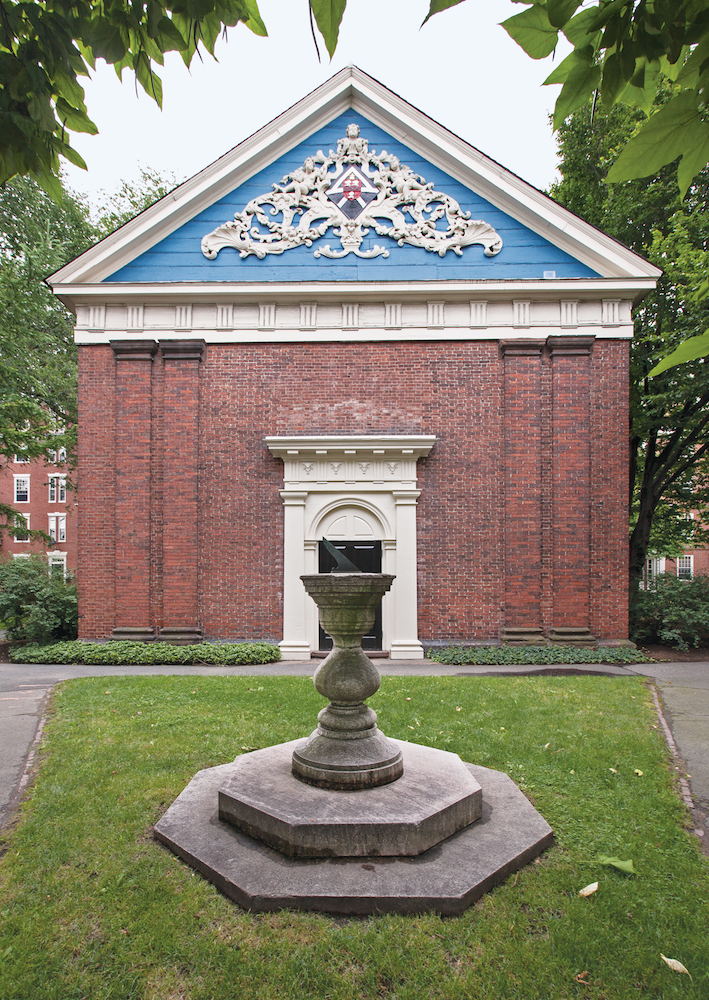 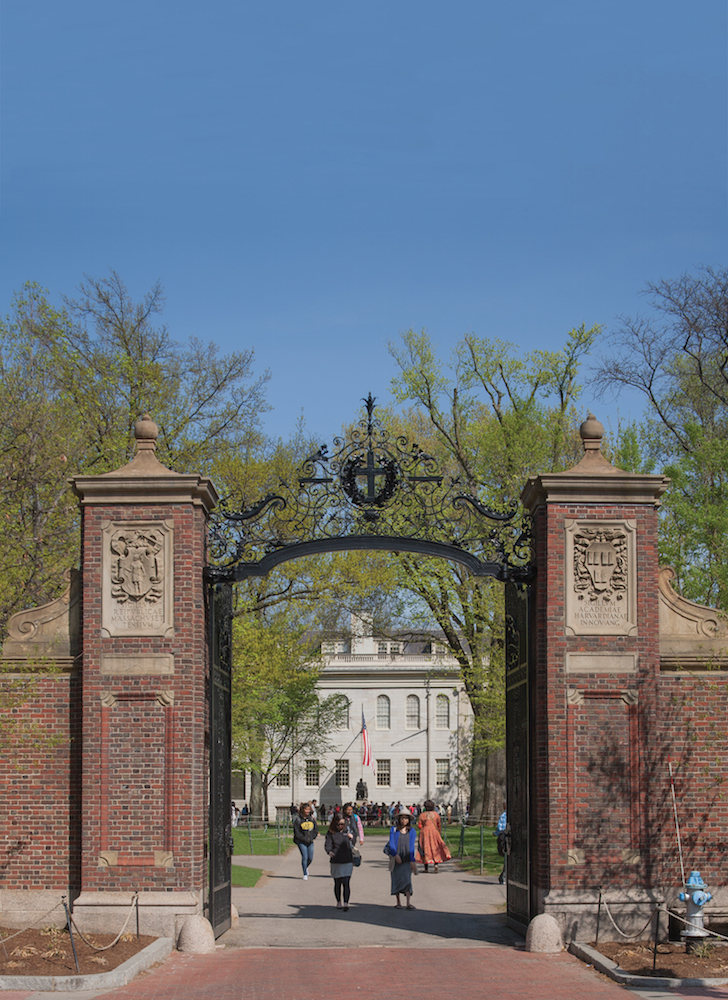 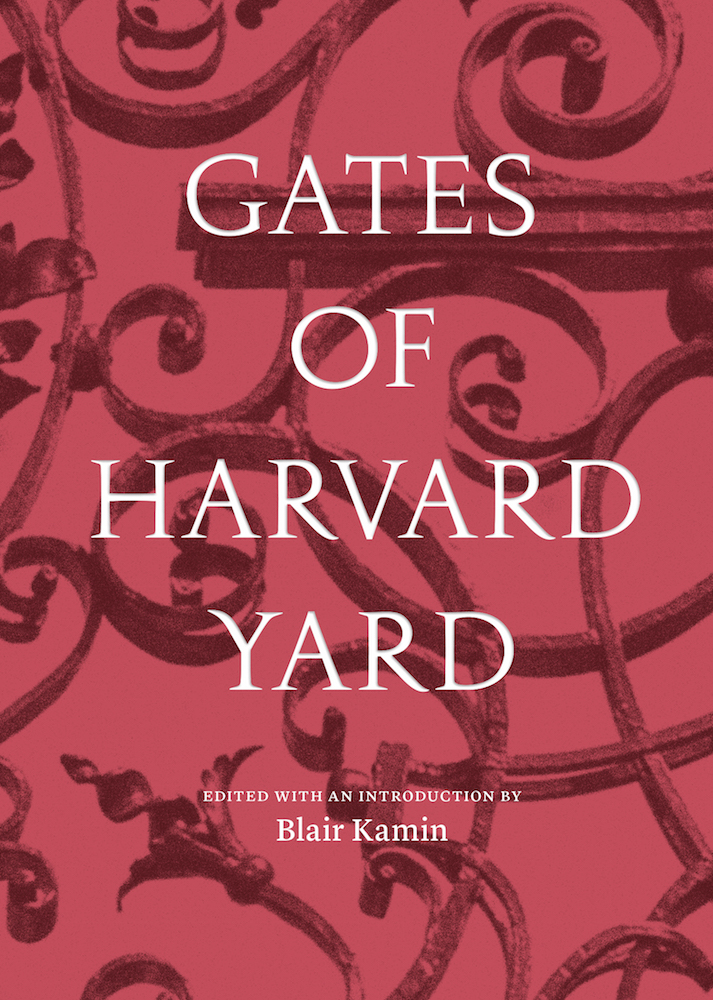 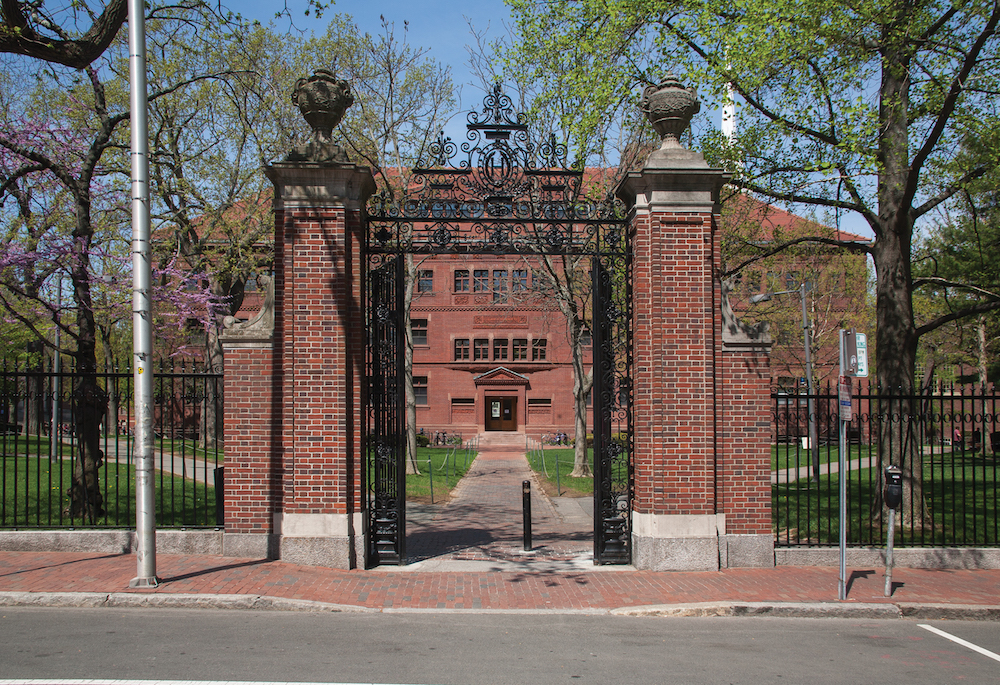 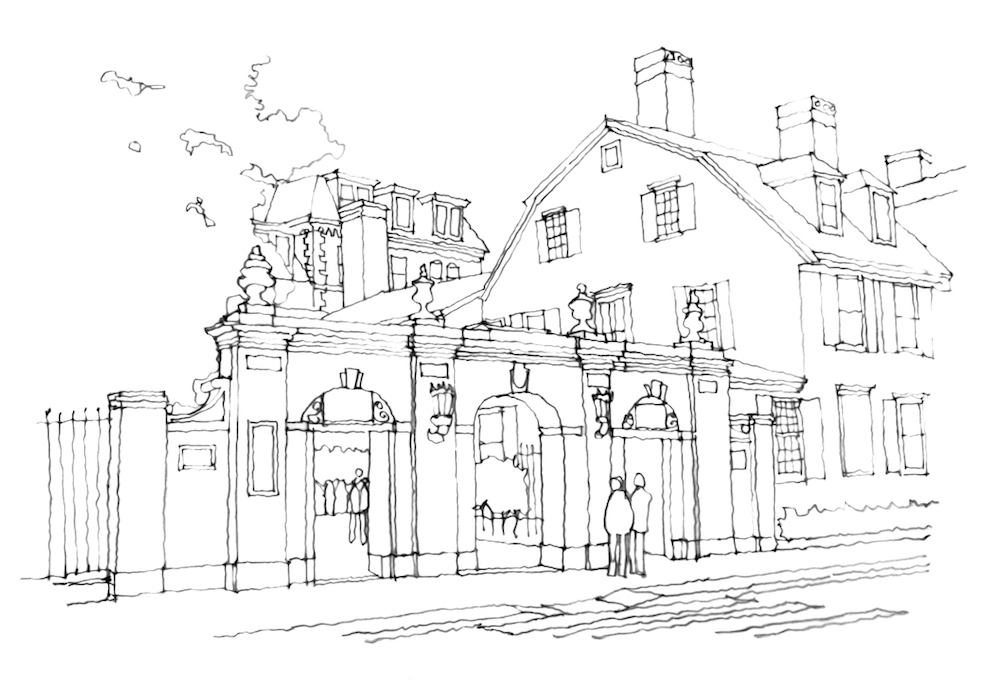 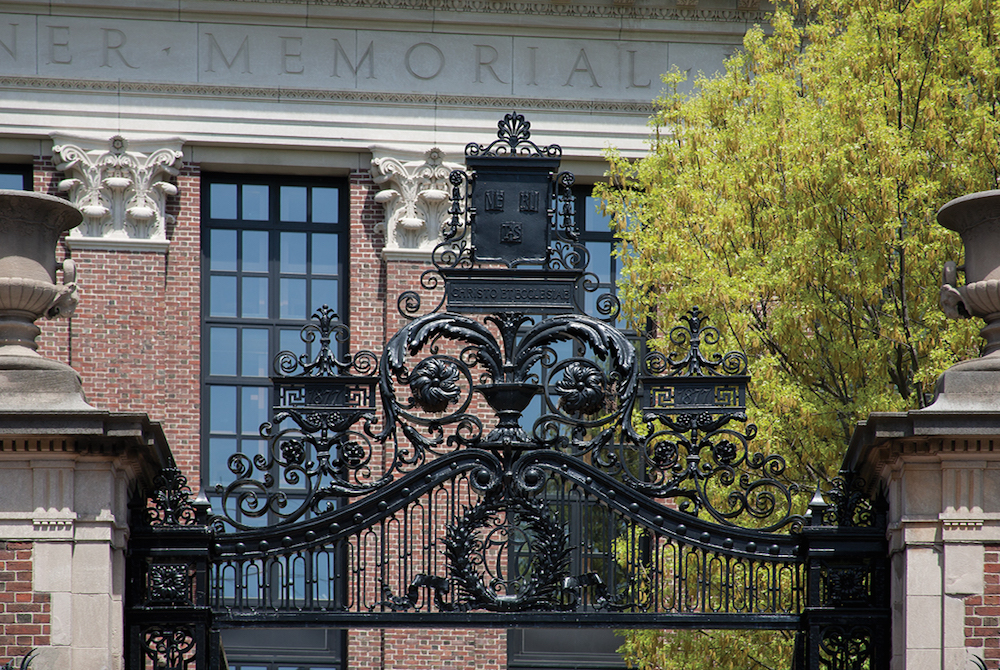 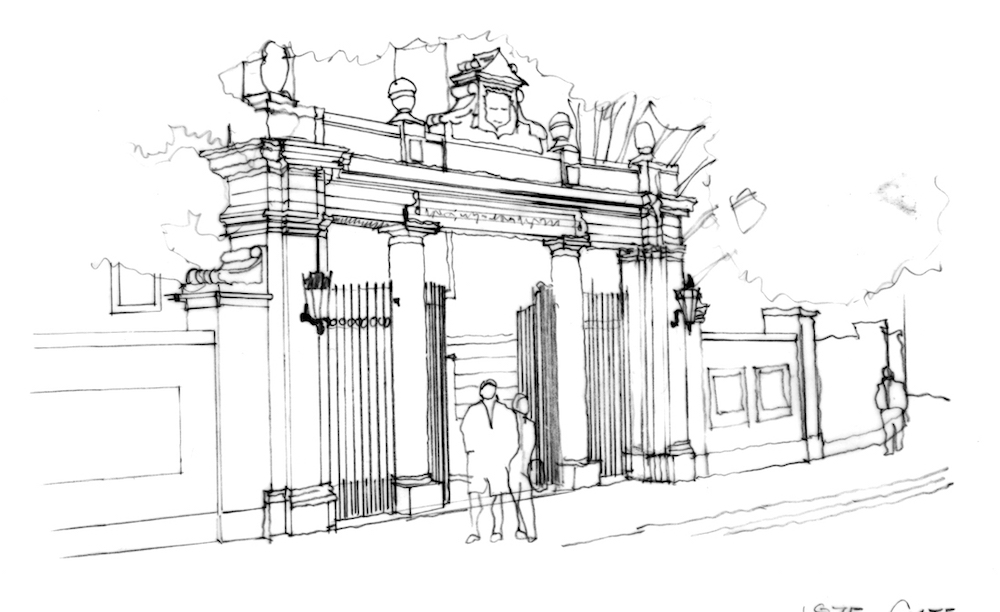 Caption: The wrought-iron filigree of the Class of 1870 Gate frames a view of Holden Chapel’s ornate blue gable.

Caption: A sundial mounted on a curvaceous base in the courtyard framed by the Class of 1870 Gate.
Image credit: Ralph Lieberman

Caption: Sketch of the Class of 1875 Gate 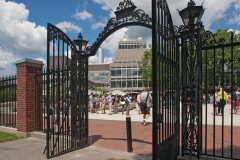 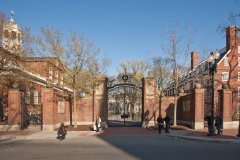 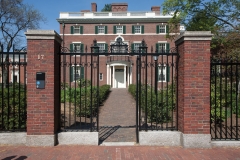 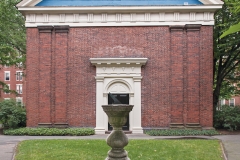 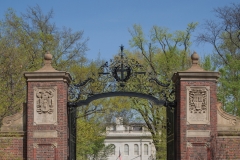 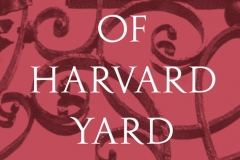 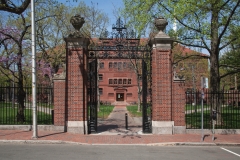 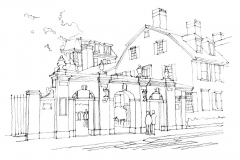 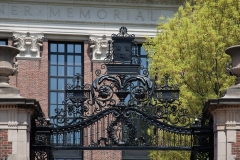 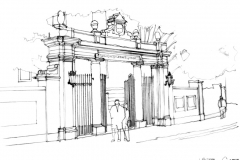 Let's say you're a retired architect who's been collecting - or possibly obsessing over - paper models since you were a kid in the 1940s. You've...