Alarmed in 2003 by a demolition permit threatening one of Frank Lloyd Wright’s groundbreaking designs in Kankakee, Illinois, the preservation community there leapt into action.

That’s because the Harley Bradley residence was no ordinary Wright building. It’s credited as the first to usher in his Prairie School of design. He was 33 years old at its time of construction.

Gaines Hall, a local architect and professor at the University of Illinois, purchased the house and stables, with his wife. They had no interest in keeping or living in the 6,000 square foot residence, but in preserving it.

They spent more than $1 million restoring the home, which was built on a one-acre lot overlooking the Kankakee River, fifty miles south of Chicago. It’s sited next to one of Wright’s earlier designs, known as the Hickox House. That one’s more traditional in look, with near-Victorian influences evident.

“It’s a very visual representation of his work,” says Elisabeth Dunbar, president of Wright in Kankakee, the preservation group that bought the Bradley House from Hall on June 30. “Between the two, you can see Wright evolving to the Prairie School. It’s a critical piece in his body of work.”

The non-profit Wright in Kankakee organization now offers one-hour tours of the Bradley House four days a week. The group has opened the home up to community events, meetings, weddings and receptions. They’ve also developed an education program dedicated to exhibits of art and architecture.

“We want to make it a living, breathing place, not just some stuffy old museum,” she says. “We want to open it up so the world can enjoy and appreciate it.”

The world will be there soon enough, to be sure. 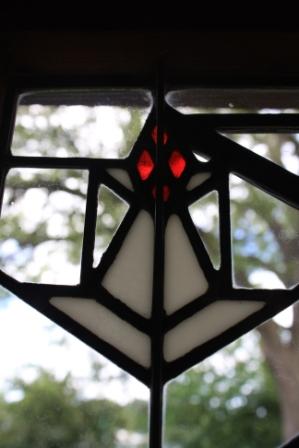 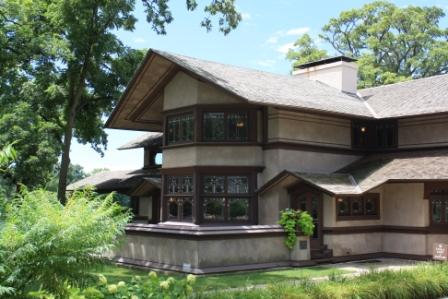 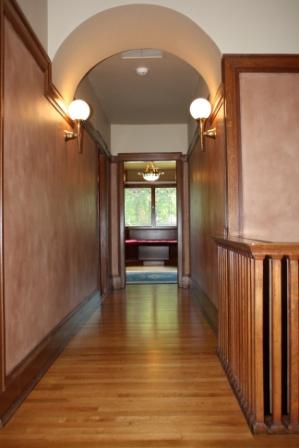 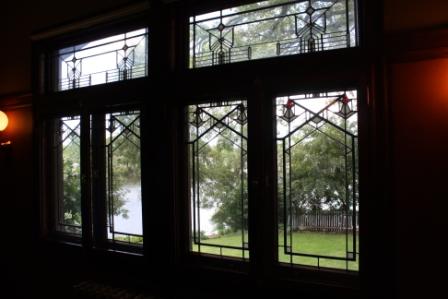 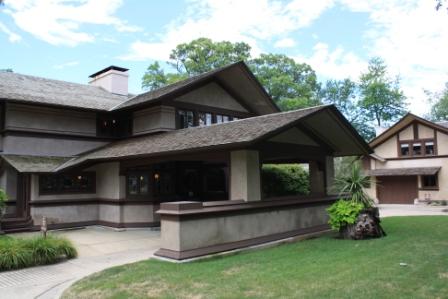 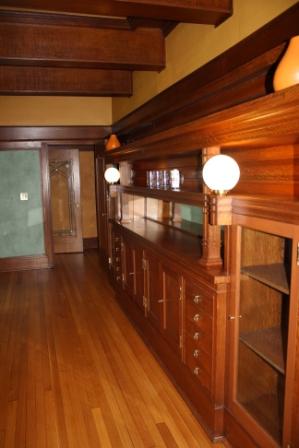 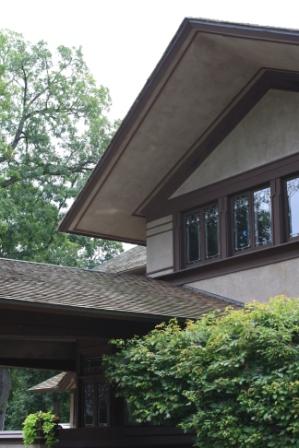 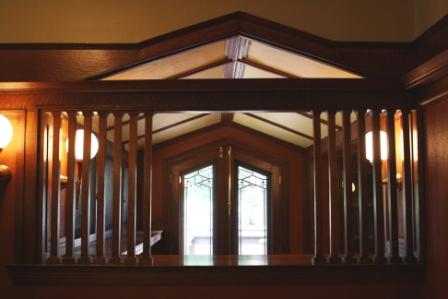 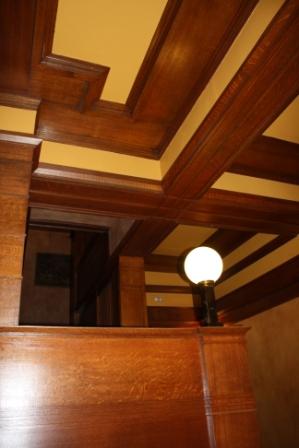 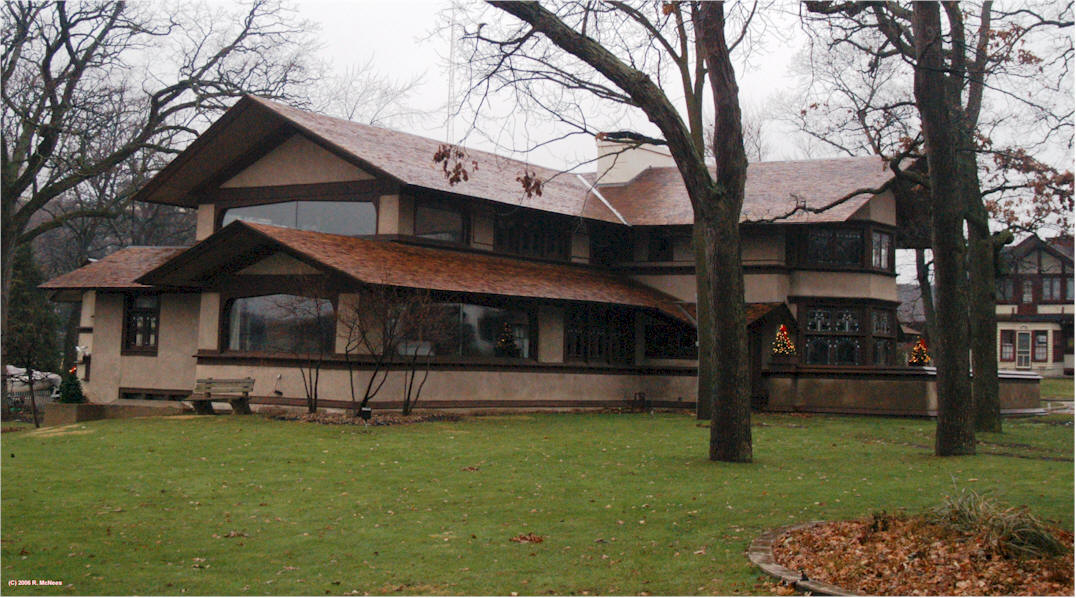 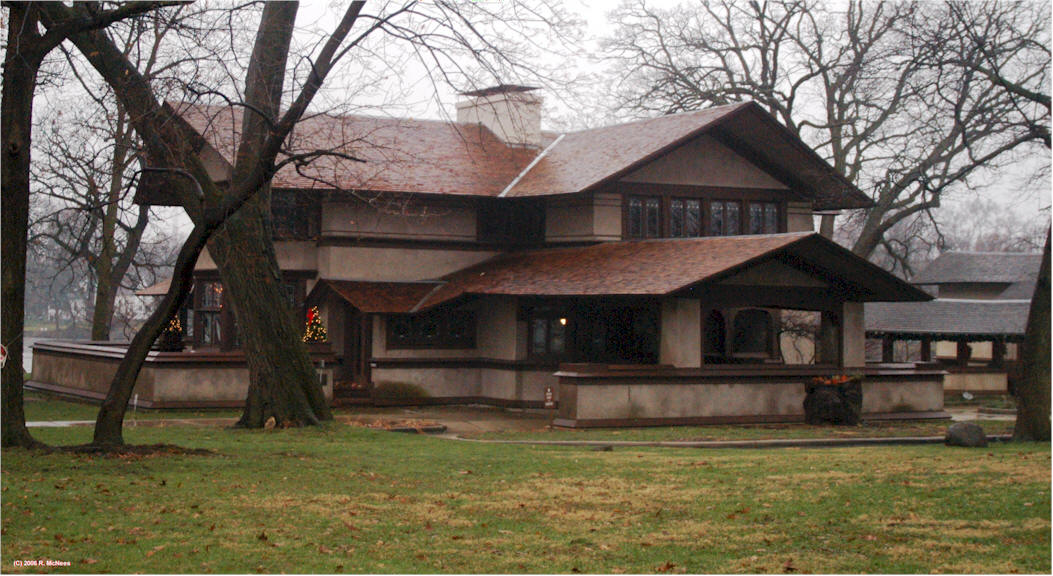 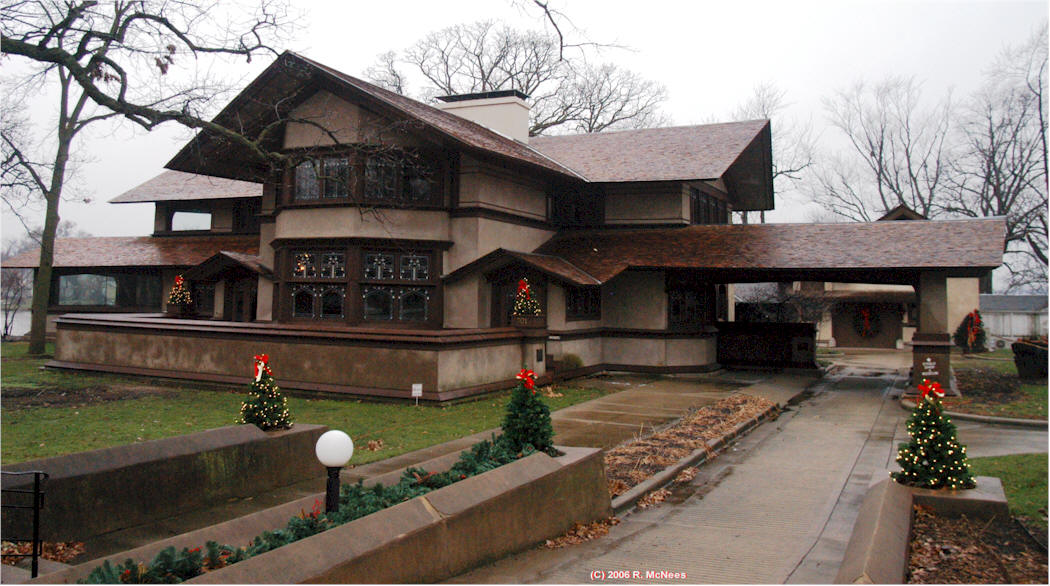 Tweets that mention Birthplace of the Prairie School | Architects and Artisans -- Topsy.com

[…] This post was mentioned on Twitter by David Mathias, mike welton. mike welton said: Birthplace of the Prairie School : http://tinyurl.com/3952n7y […]

Organizations like Wright in Kankakee, Pasadena Heritage, etc. do amazing work in protecting important architecture. It’s a disgrace that a residence such as this could be considered for demolition. Wonderful to see that it’s restored and available to the public.

I’m an architect in Seattle, but grew up just outside Kankakee. While in undergrad at University of Illinois I wrote a research paper on the Bradley House. I always thought it was the first Prairie Style home. It’s often cited that the design published in the Ladies’ Home Journal in 1901 was the first, the Bradley house came before it, and there are a lot of similarities. I think it’s because it’s a little further from Oak Park and Chicago it didn’t get much notice. It is also the first house that Wright designed the complete package–house, windows, furniture, lighting. Sadly none of it is still in the house–even the windows were stripped out and sold in the ’70’s-80’s. The current windows are reproductions–it went through an extensive renovation by another local architect in the early ’90s. Before then, it was in extremely bad shape after a couple decades as a restaurant. Glad to hear the foundation took it on, would be a shame to lose such a great house. 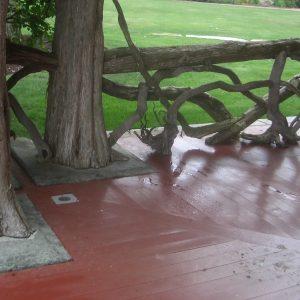 He may have started out decades ago as a journalist in Manhattan, but Daniel Mack is now a sought-after furniture designer...