“I found this beautiful velvet jacket in an antique store – it’s from the early 1900s,” says Leeta Steenwyk, Bella Notte’s design director. “There’s lush velvet that’s still in good condition, but a little worn on the edges, with tattered lining in places.”

So she started playing with the notion of shabby gentility – with a lyrical touch. “The color was like a dusty red that’s faded and worn with time,” she says. “It wasn’t a color inspiration but it was a design inspiration.”

She used cotton velvet, and a silk charmeuse with cut-on-the-bias trim. “It has a nice raw edge but it doesn’t fray, and it wraps around the corners beautifully,” she says. “It’s casual but elegant, and at the same time usable.”

Applications include a classic coverlet for a whole bed, a blanket for a sofa or bed’s end, plus shams and pillows to use on a bed or sofa or in other rooms. “People have been in their homes so much over the last year, so it brings in a little energy and optimistic color,” she says.

Her color palette is rich and luscious. “There’s Moonlight, a mid-tone gray and then Fig, a garnet purple that’s a really rich, vibrant color,” she says. “A lot of our palette is subdued, but this is really energizing – the calmness of the blue is how to make a garnet purple so harmonizing.”

The Harlow coverlet is textured in quilted cotton velvet and framed in iridescent classic charmeuse binding. The Harlow throw blanket has two layers of cotton velvet bordered by a one-inch charmeuse raw edge, giving it a comforting substance and an elegant drape. The Harlow sham, accent pillow, and 24-inch square pillow all feature a ribbon of raw-edged charmeuse along the gusset, providing structure to these handcrafted accessories.

“It’s a collection that conjures up screen stars in their elegant velvets and bias-cut silk gowns from the Golden Age of Hollywood,” she says.

And enough to inspire a remake of “Dinner at Eight.” 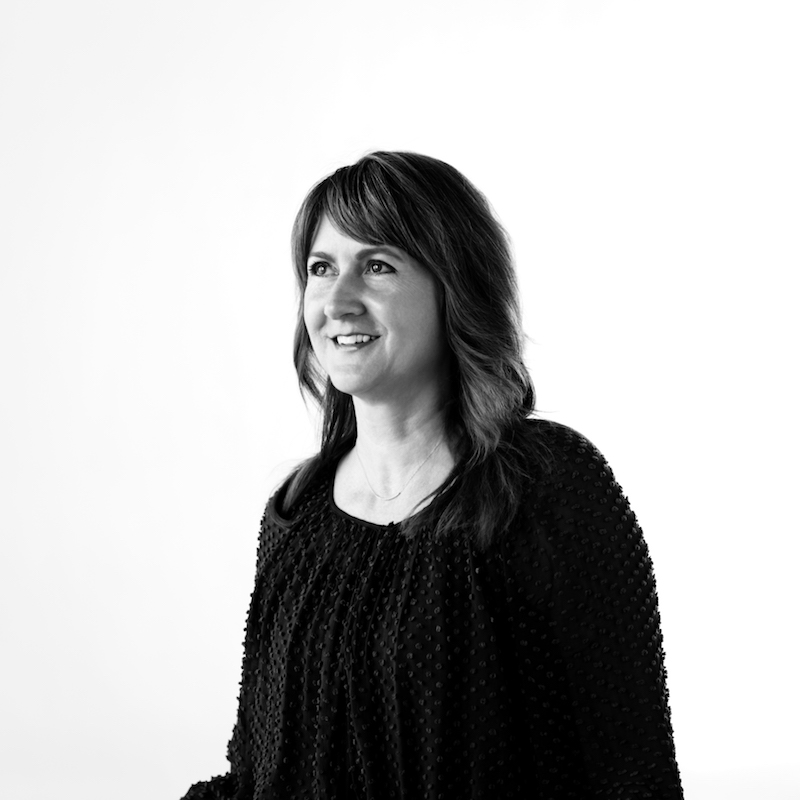 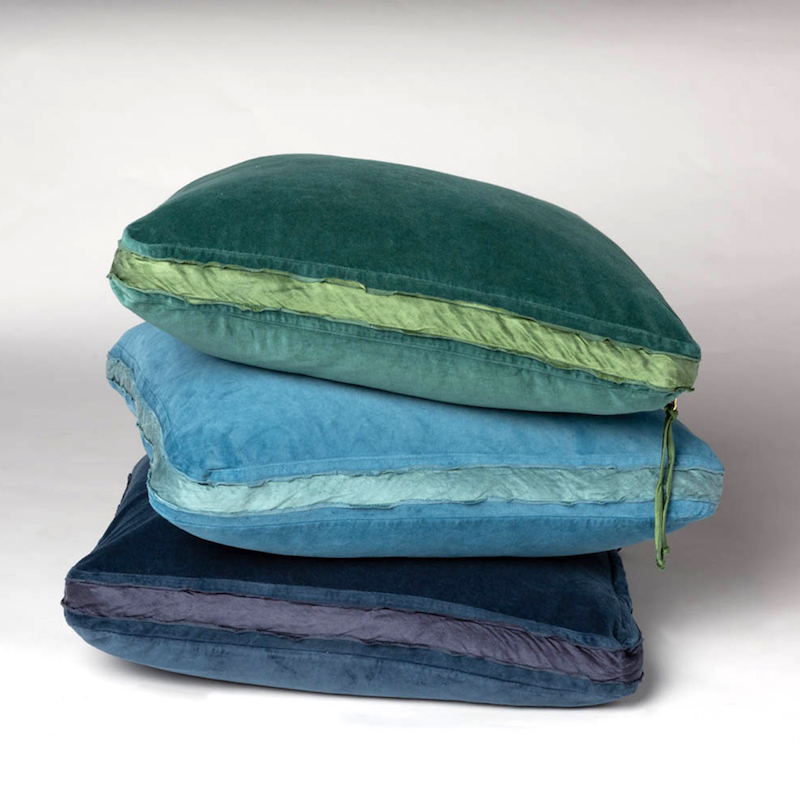 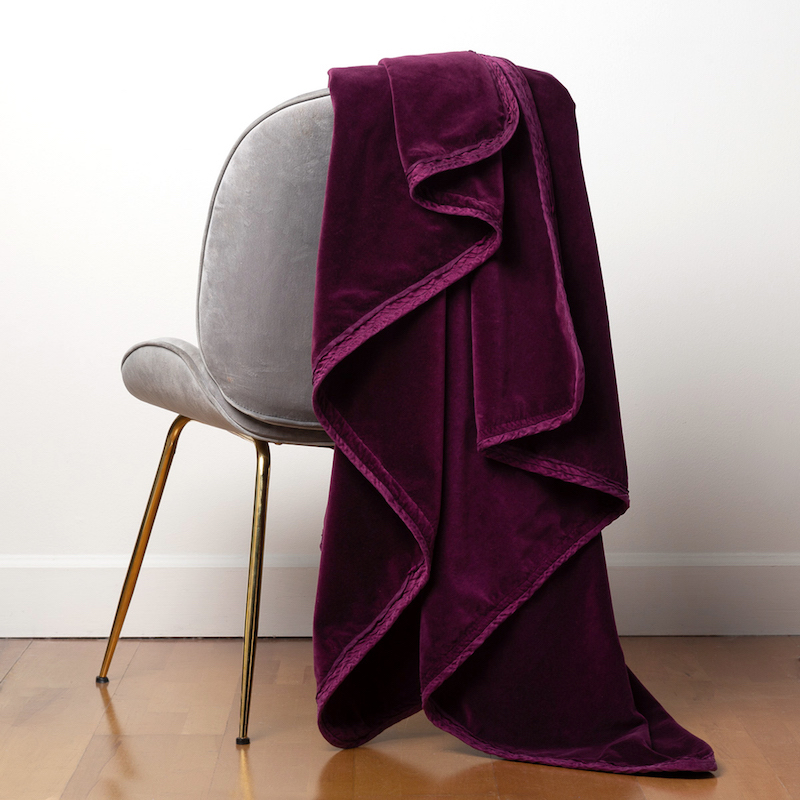 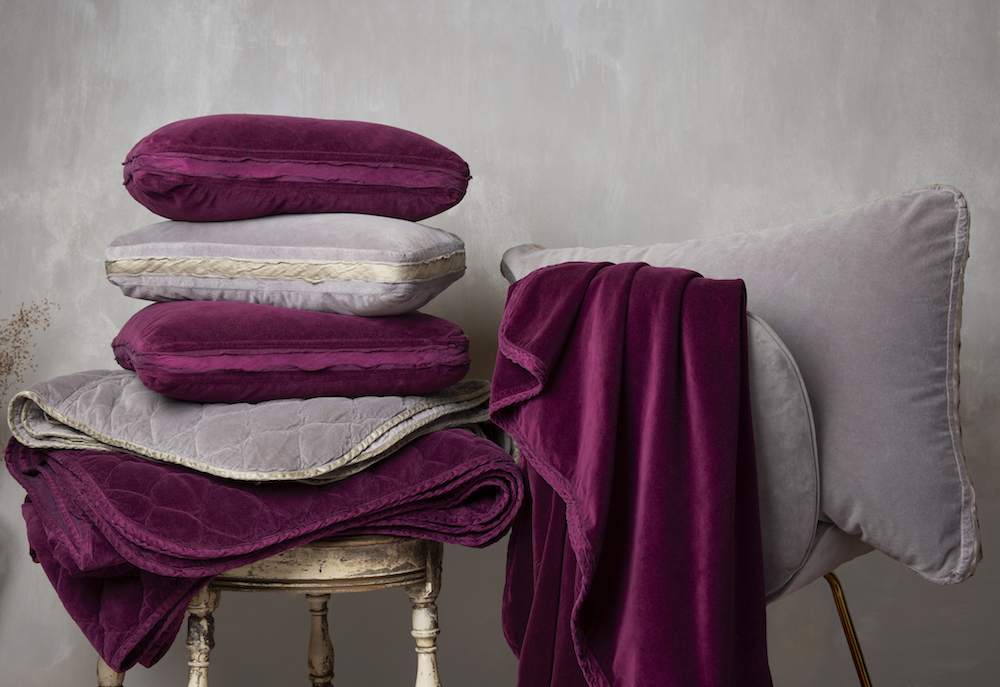 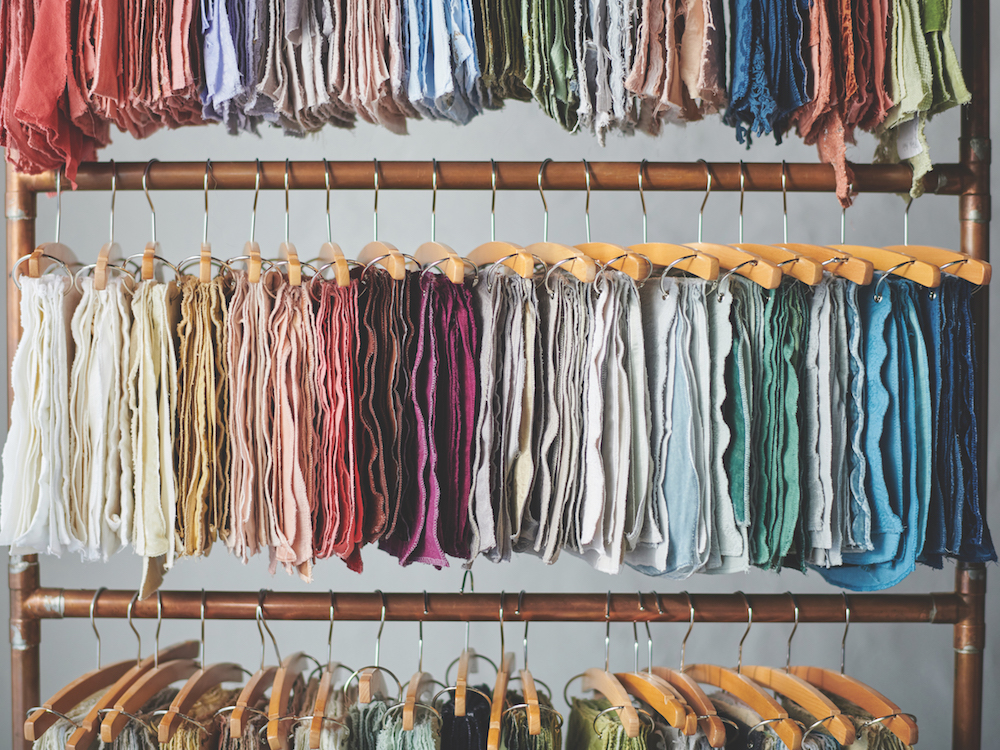 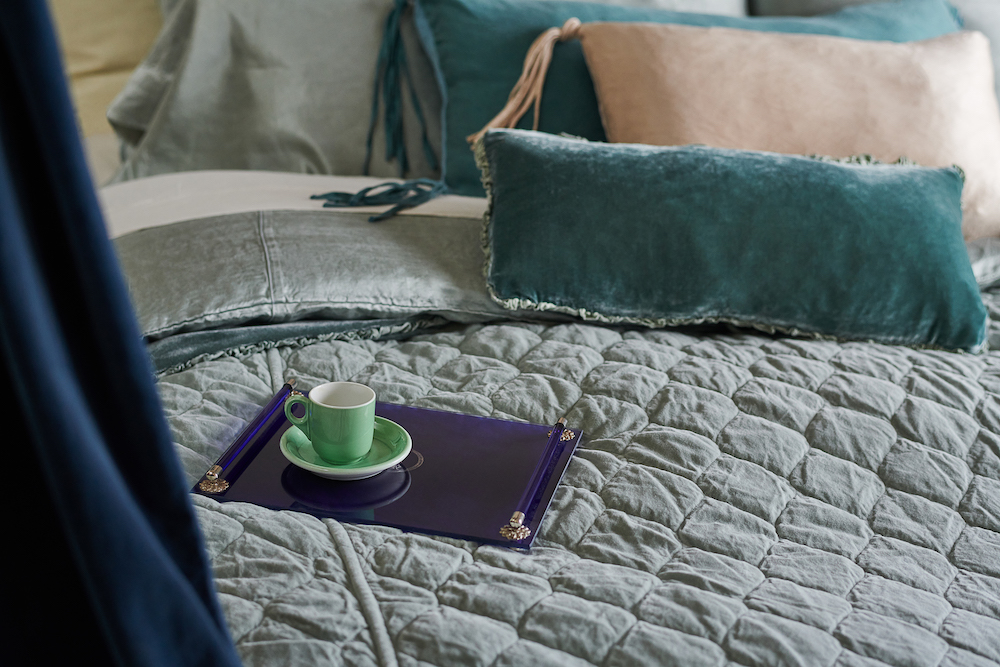 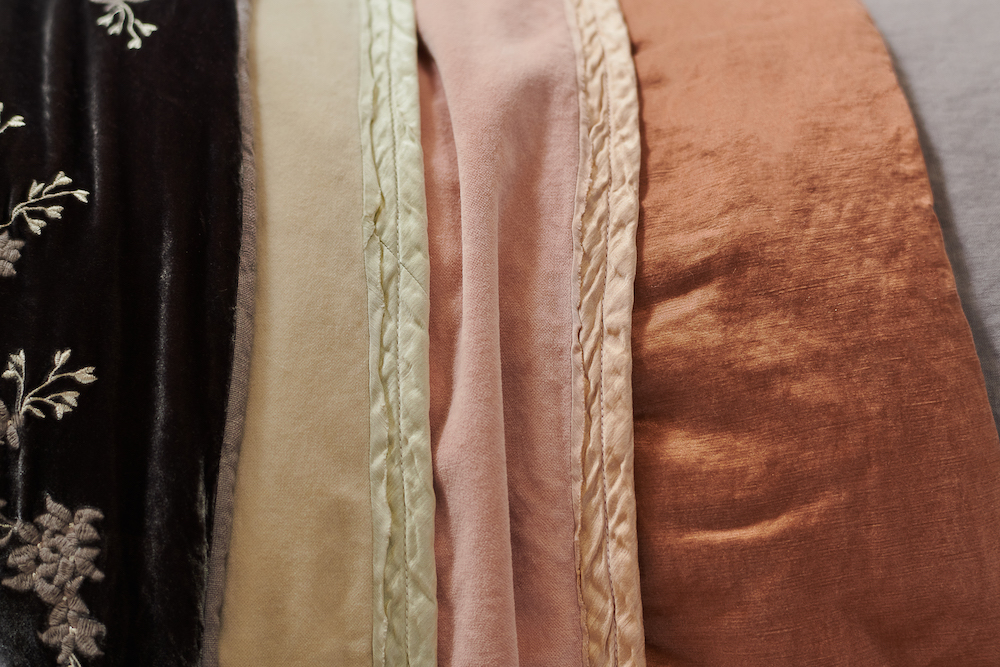 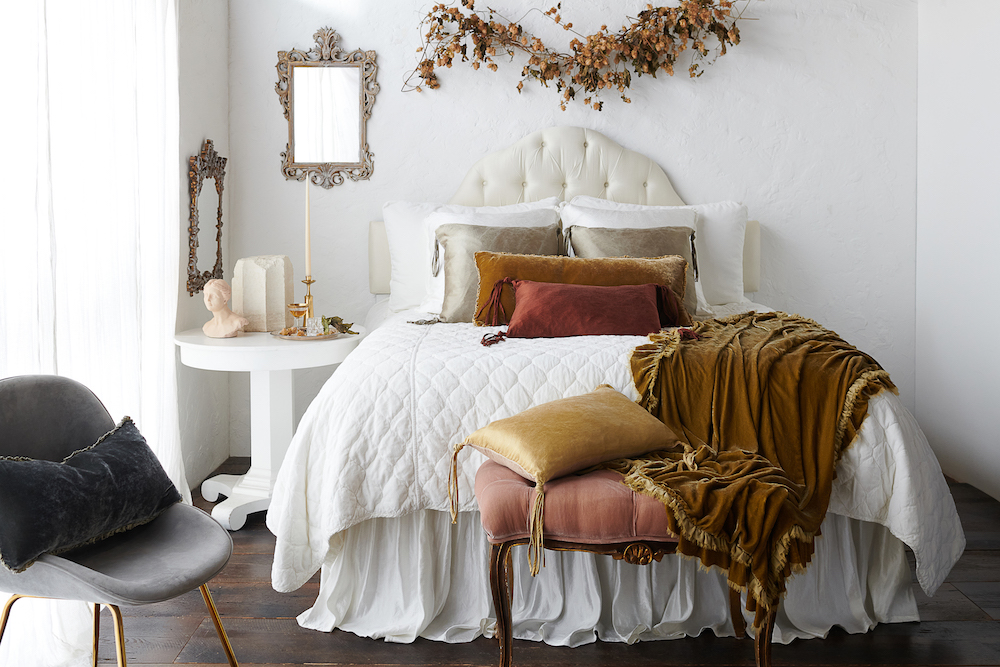 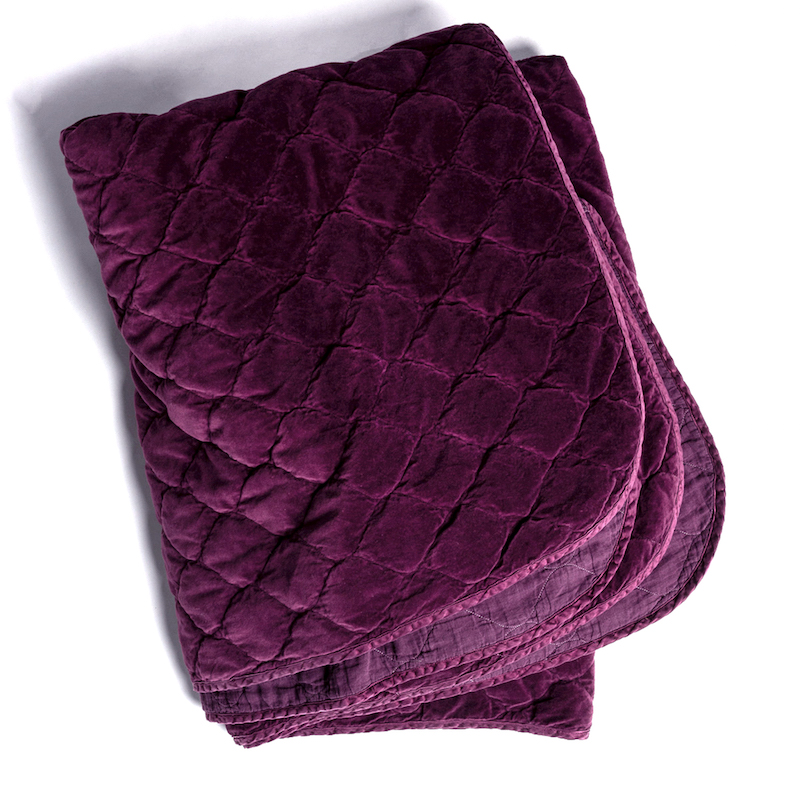 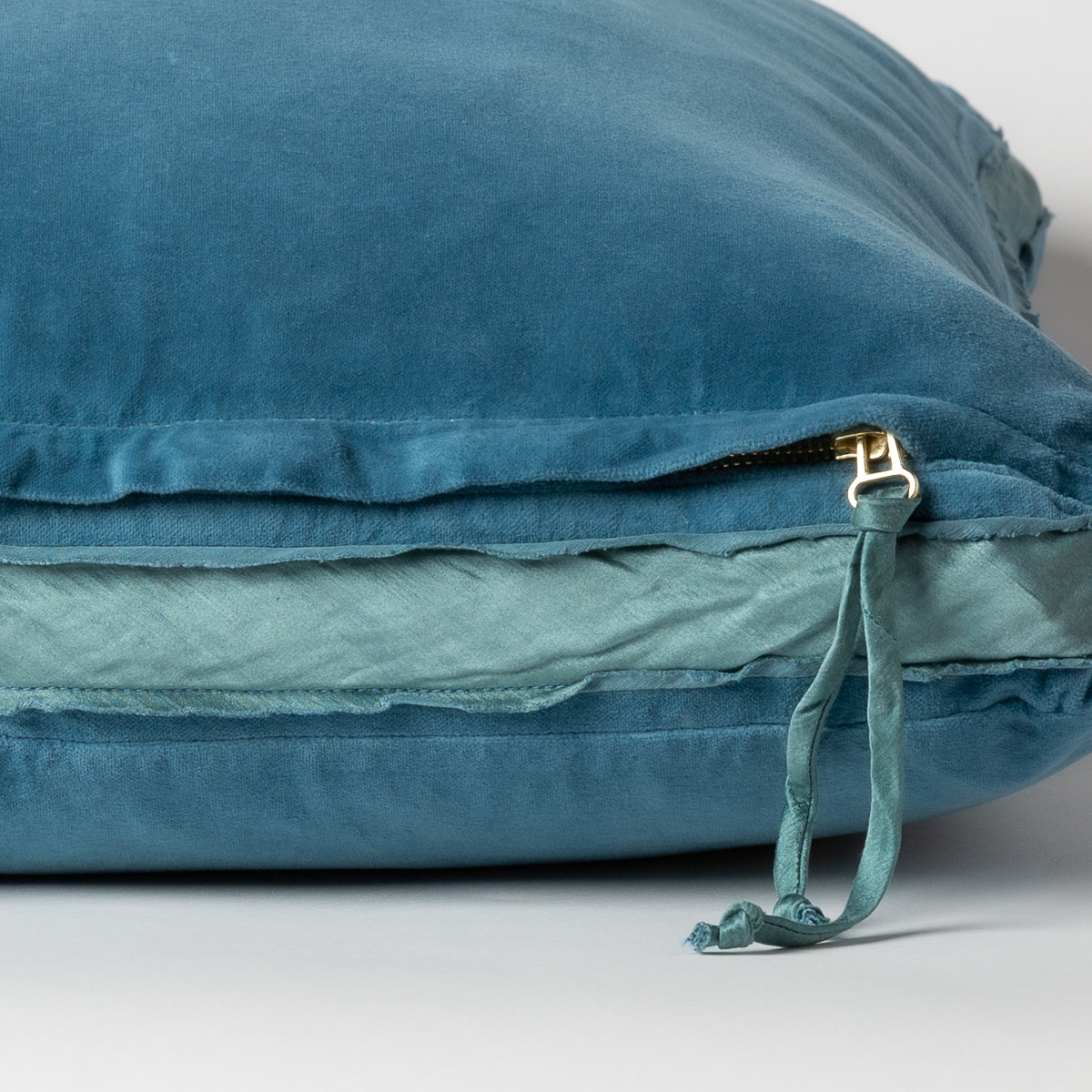 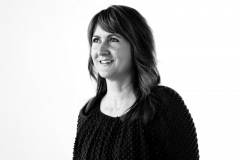 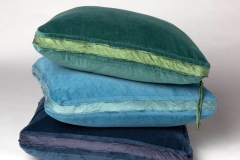 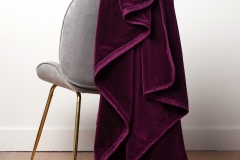 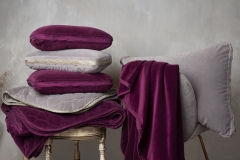 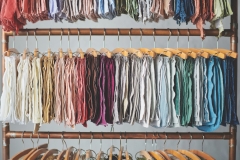 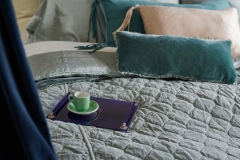 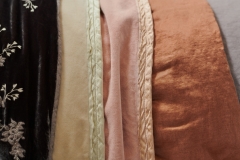 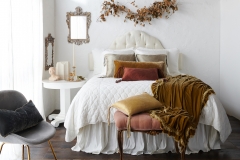 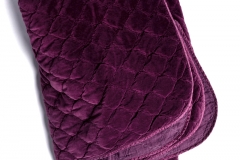 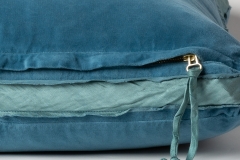 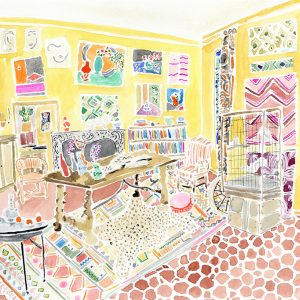 Sometimes, serendipity spurs events that clearly were meant to happen. For example: A 2017 encounter between two artists...