Astana, the new capital of Kazakhstan, is something of an acquired taste.

“It’s kind of a bizarre city, but not in an all-bad way,” says author John Lancaster.  He’s penned a piece for this month’s National Geographic on a city that, like Brasilia or Washington D.C., was invented basically from the ground up.

It happened in 1997.  That’s when Kazakhstan’s president, Nur­sultan Nazarbayev, a former steelworker who’s been at the helm since his country slipped the grip of the Soviet Union in 1991, moved the capital there.

“There’s a lot of money from energy resources,” Lancaster says.  “It’s all an exercise in national branding – sort of Kazakhstan’s way of announcing its arrival on the world stage.”

Nazarbayev had his geopolitical reasons.  In a town formerly known as Aqmola, on a windswept plain 600 miles north of the former capital that was closer to Russia, Nazarbayev established Astana, which  translates to “Capital.”

Then he called in the international planners and architects.  Like Japan’s Kisho Kurokawa and Britain’s Sir Norman Foster, among others.  The latter designed two main buildings, anchors for either end of Astana’s iteration of the National Mall.

One is a tent-like building that’s actually the world’s largest tensile structure, with a high-tech plastic stretched over its frame.  The other is a massive glass and steel pyramid that serves as the Palace of Peace and Harmony.

“It’s a calling card and a statement – a billboard for their national aspirations,” says Lancaster.  “They’ve moved the parliament, the ministries and the presidential palace there.”

Some of the more striking buildings include one that’s known as the Cigarette Lighter because it resembles a giant gold lighter, and another circular structure known as the Dog Bowl, for obvious reasons.  Most have been built in the last decade.

“It all announces a modern, prosperous, forward-looking country,” he says.  “It’s an optimistic place with a hopefulness about it – but there is something a bit grandiose about it.”

Indeed – a little like Las Vegas on the Central Asian steppe.

For more information, go to http://ngm.nationalgeographic.com/2012/02/astana/ludwig-photography4. 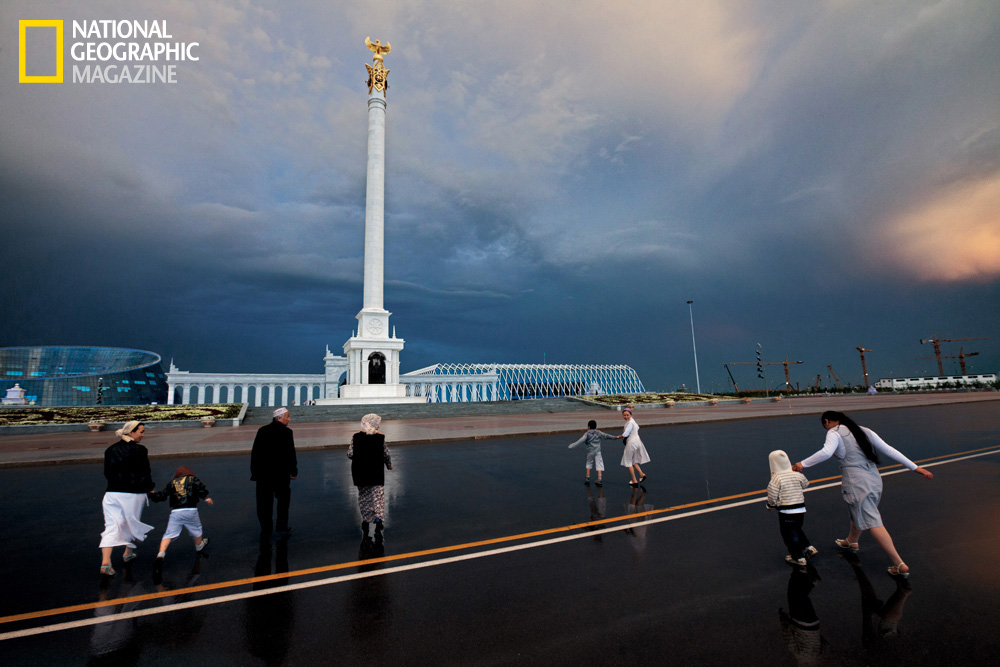 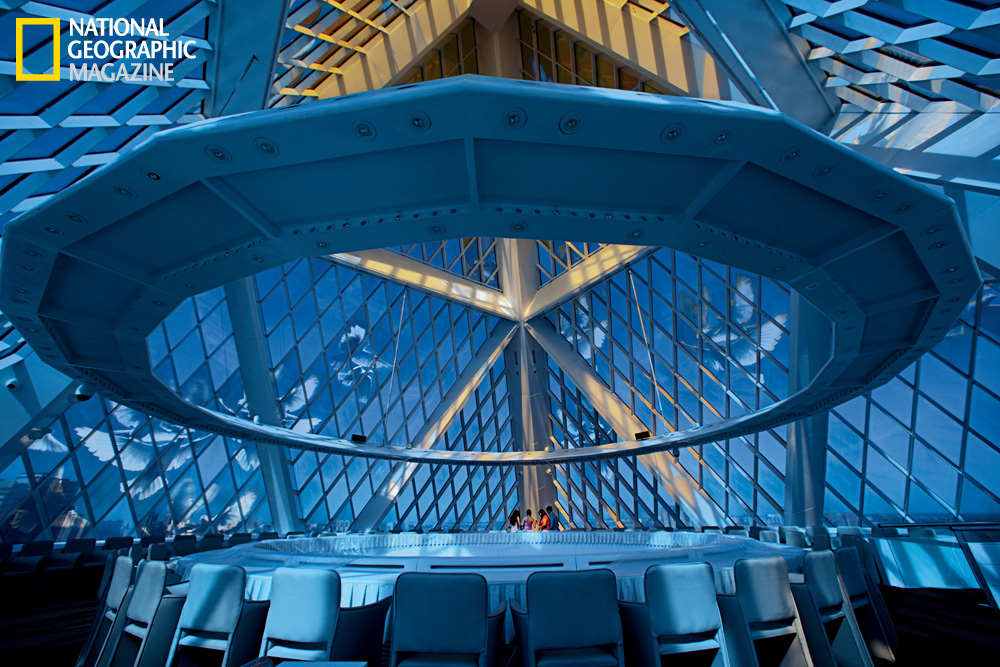 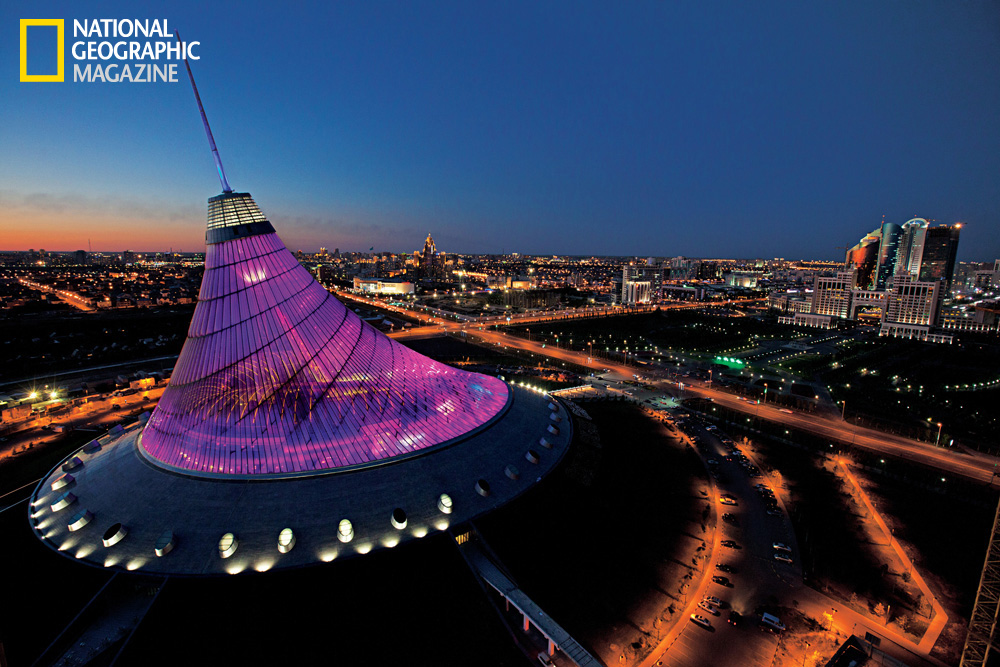 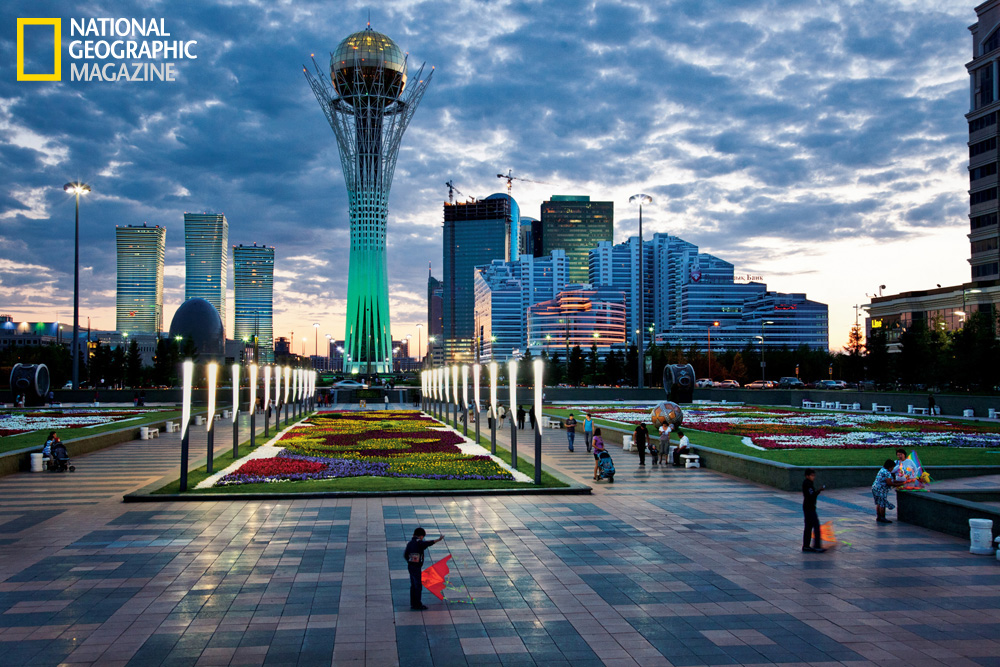 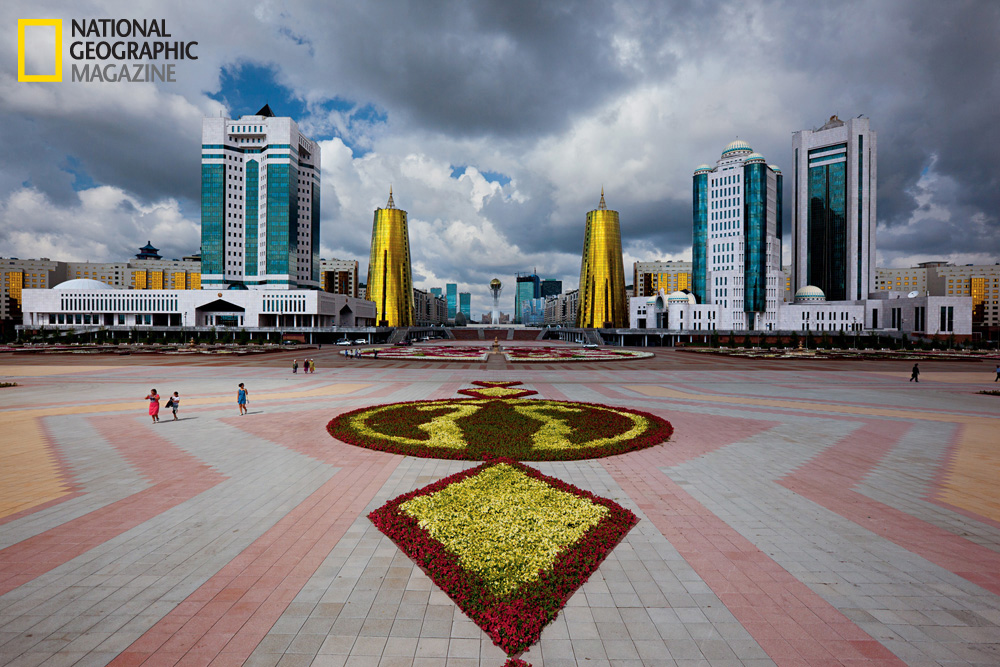 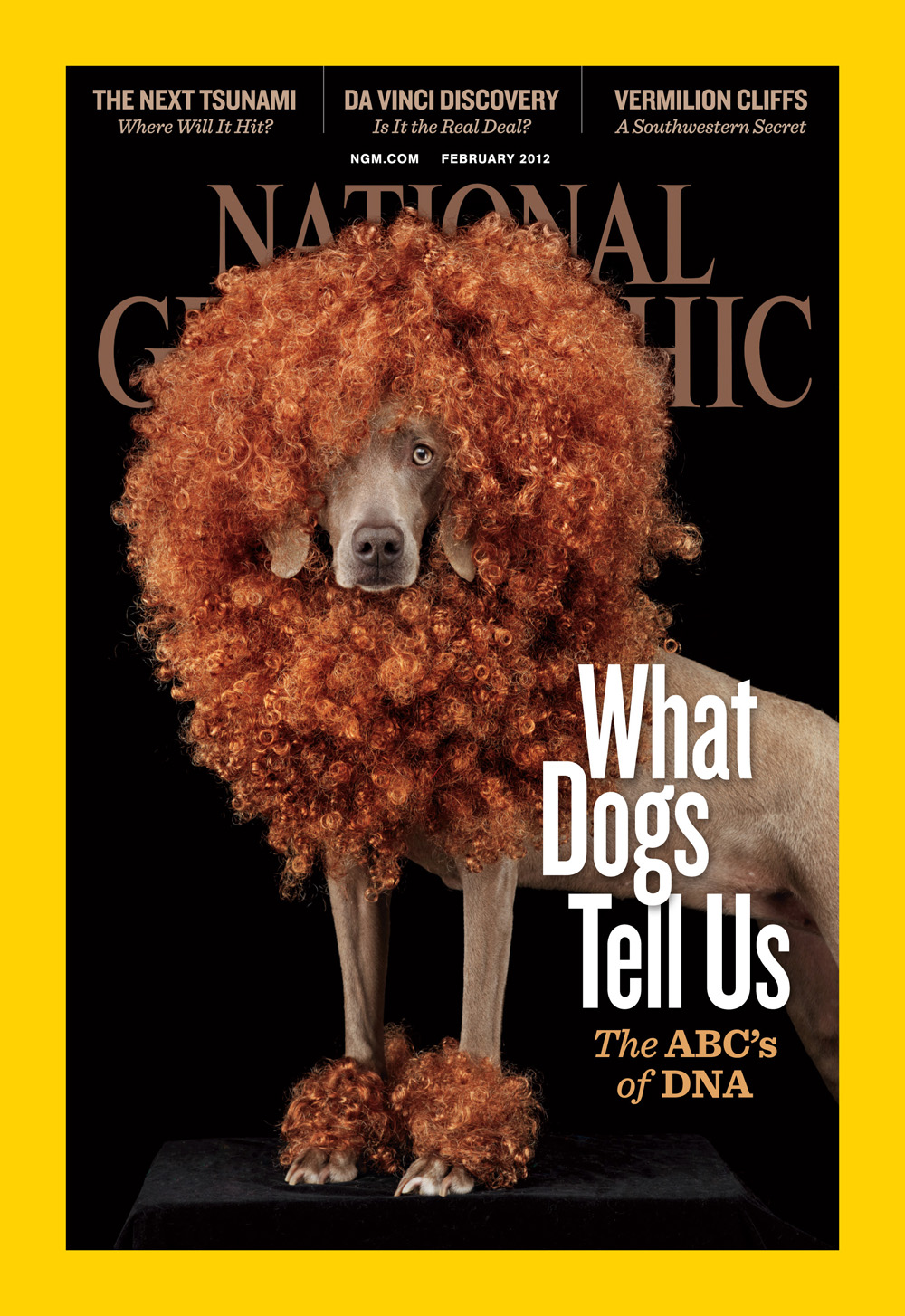 All photos are in the February 2012 issue of National Geographic magazine, on newsstands January 31. 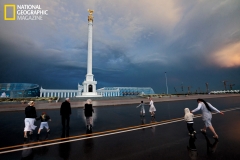 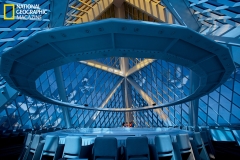 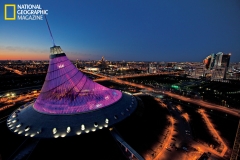 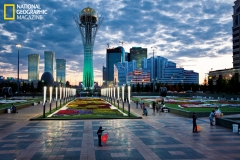 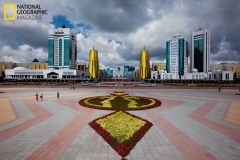 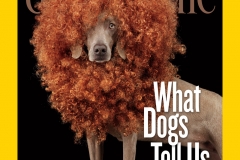 Out of a recently excavated cemetery on the Russian/Chinese border, dating from the third century and preserved by permafrost,...