But their function remains the same.

“The context is different for each, but the program is very similar,” says Karl Backus, San Francisco-based partner in the firm. “They’re architecturally different, but they’re for the same client.”

In Brooklyn’s Williamsburg neighborhood, Apple’s new digs look as old as their surroundings. They’re in a building clad in brick, some of it salvaged from an older building on site, and some of it newer and matched to color and tone.

“We started with some reclaimed brick and ran out, so most of it is new brick,” he says. “We did a long search for those companies making brick in the old molding methodology.”

The firm did its due diligence in researching what had previously been built, preserved or restored in the neighborhood – but Backus also looked at some of San Francisco’s older inventory for arches, corbels and brick courses. In the end, though, it was typical straightforward BCJ architecture that ruled.

“It’s part of the firm’s own interests – to tell the truth in terms of structure and exposing utilities,” he says. “It’s a pretty consistent thing – to be honest about how things go together.”

BCJ applied the same theme to its new Apple store at the World Trade Center transportation hub designed by Santiago Calatrava. There, the store occupies multiple transparent storefronts – on two levels. And rather than insert something new into the concourse, the architects chose to work within existing context.

“We developed a palette for a building that’s becoming brighter and whiter,” he says. “It’s oriented to reflect the grain of the Calatrava building – with an inter-weaving with the ribs above the terminal building.”

Inside each, the emphasis is on functionality. Both offer areas for product display, shopping and training – but more noticeable are open areas for teaching and interacting. “There are huge, square-block seating and screens for presentations,” he says. “They’re for communities of interaction with Apple staff and visitors – and in some cases, your neighbors.”

Like the firm’s elegant glass cube on Fifth Avenue, these two Apple stores are closely aligned with their settings – and their customers. 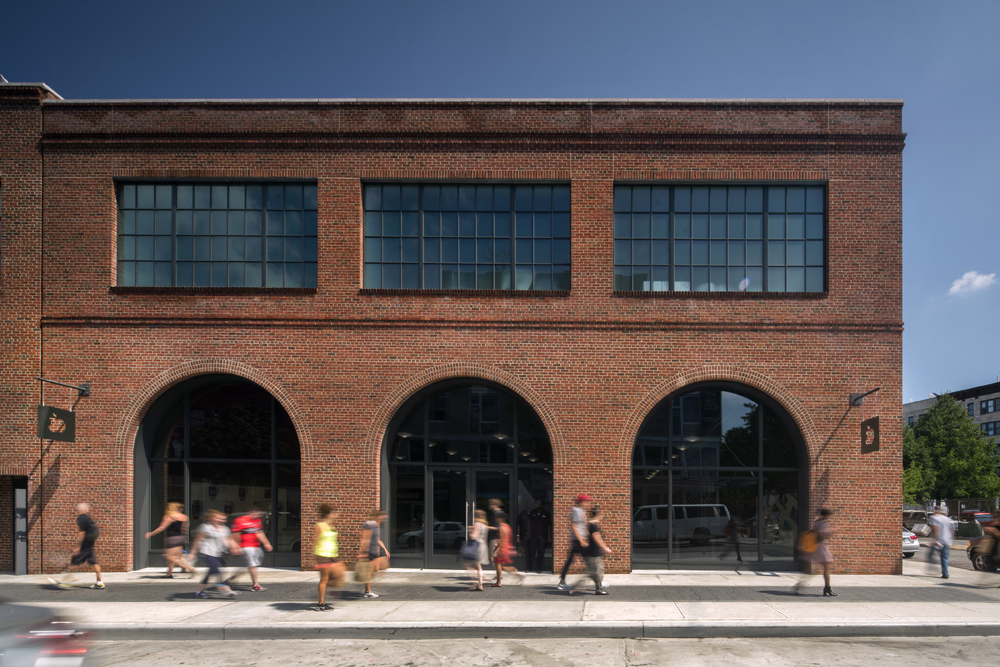 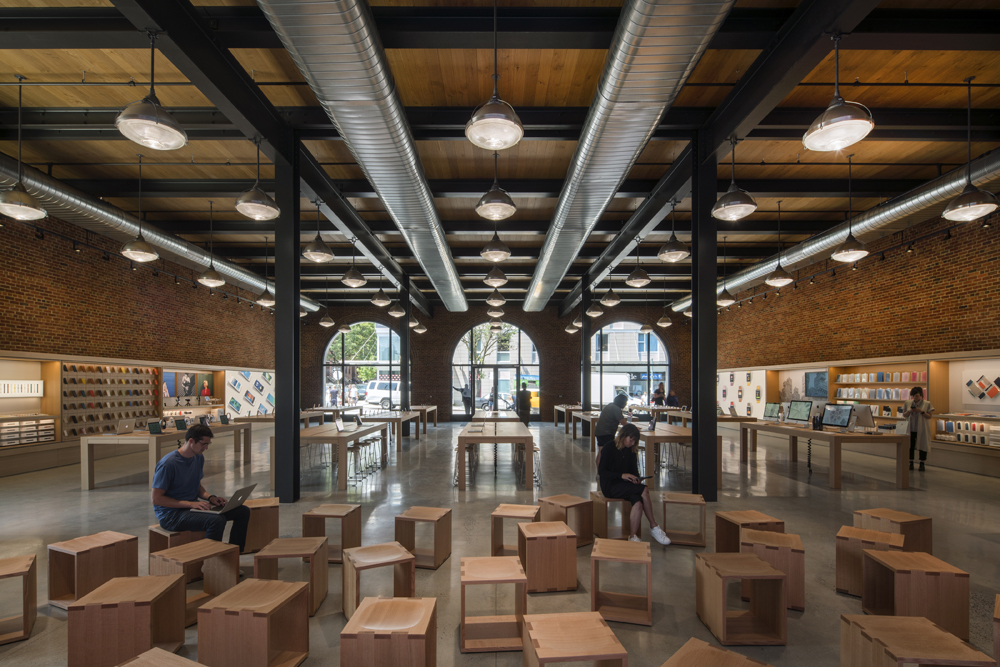 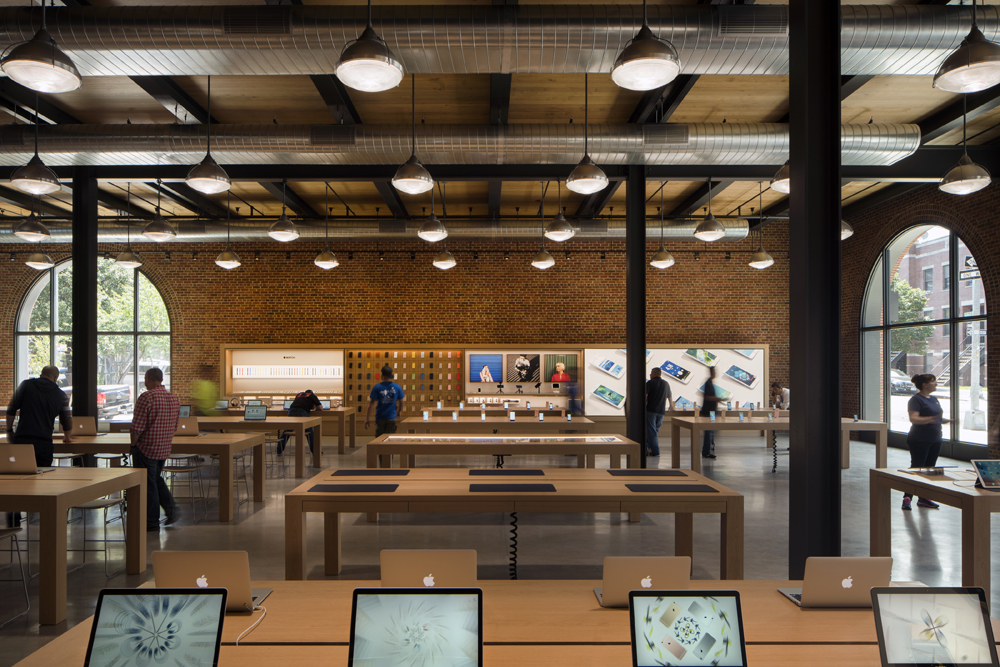 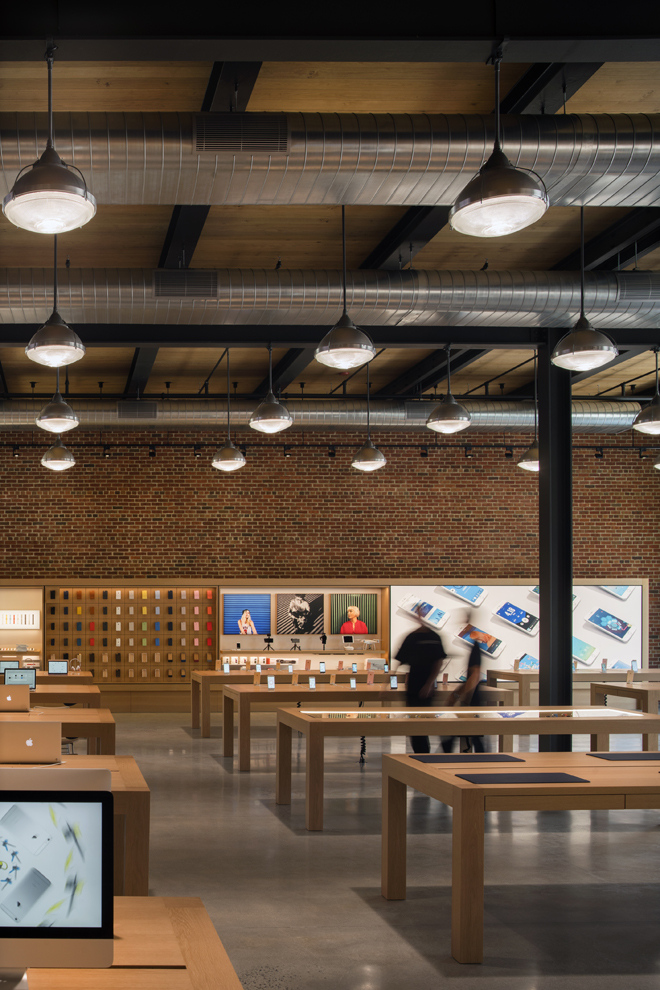 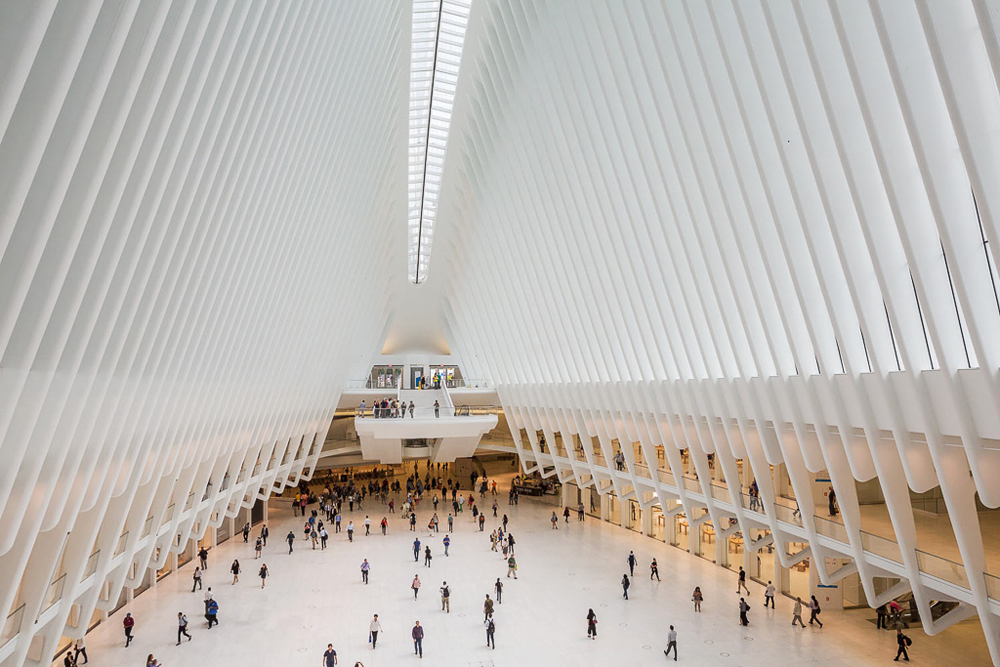 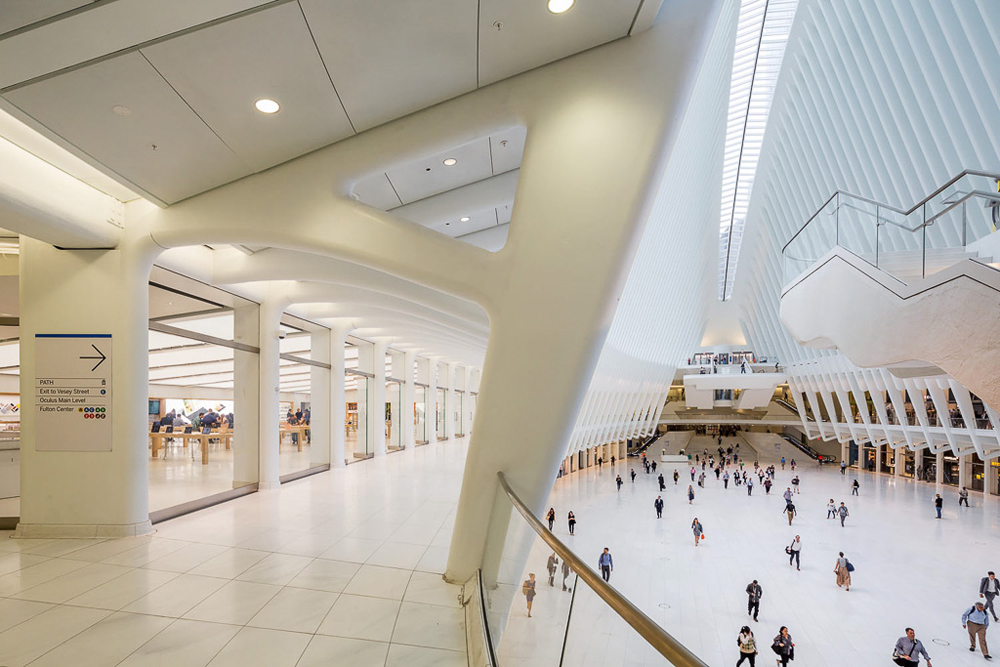 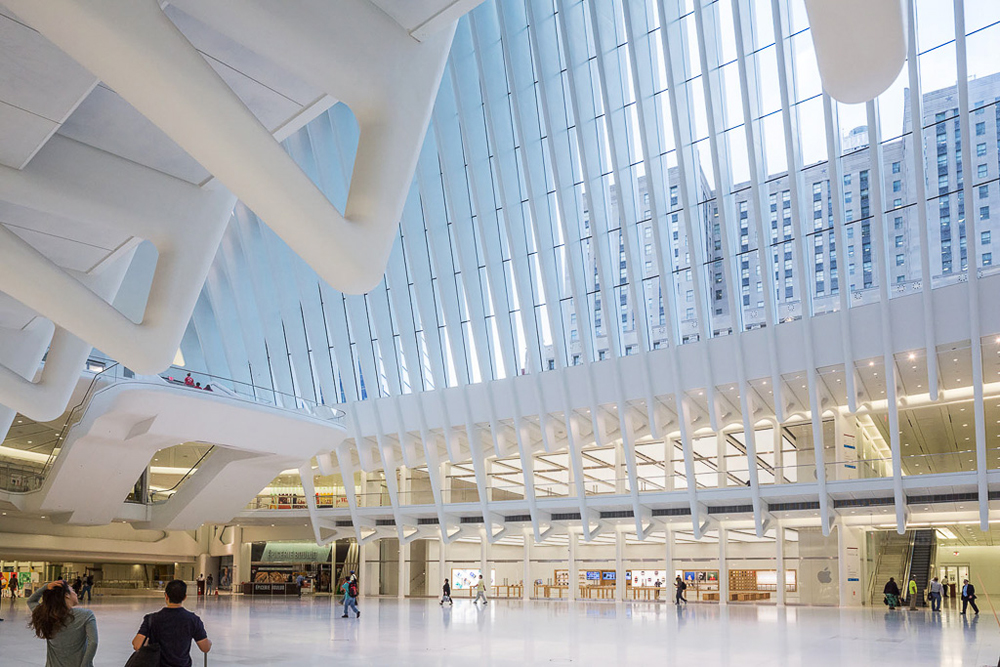 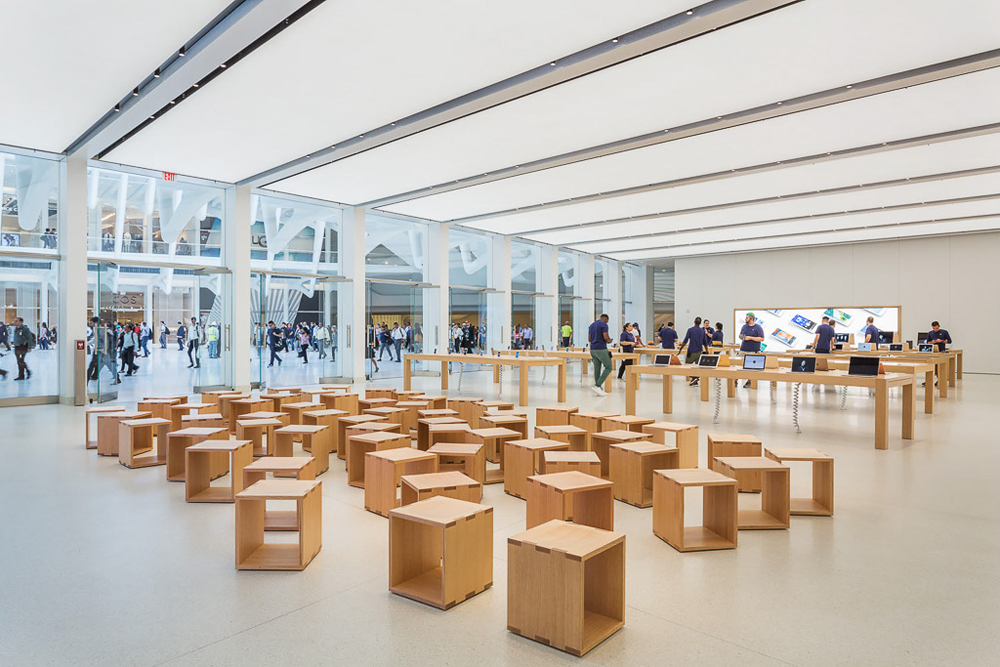 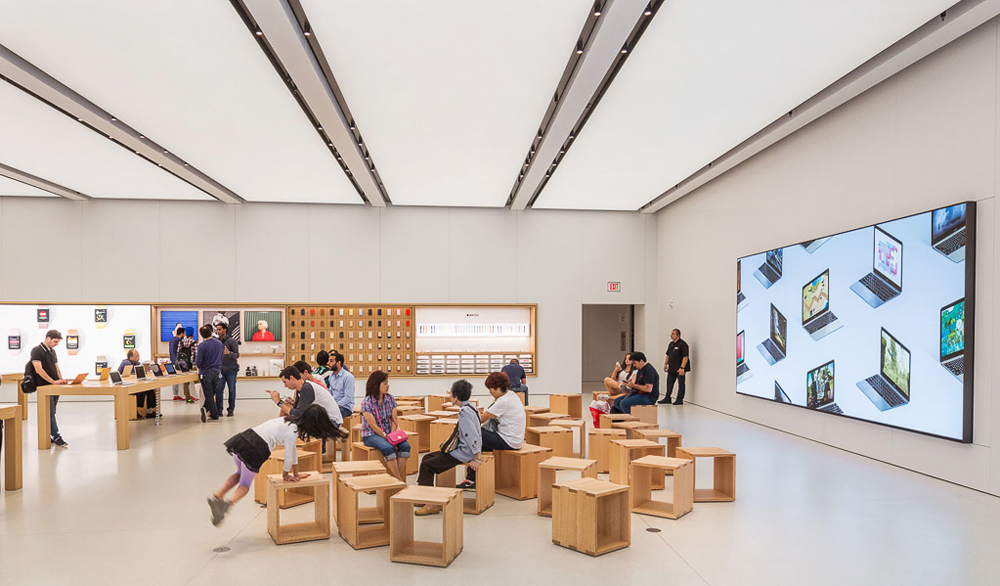 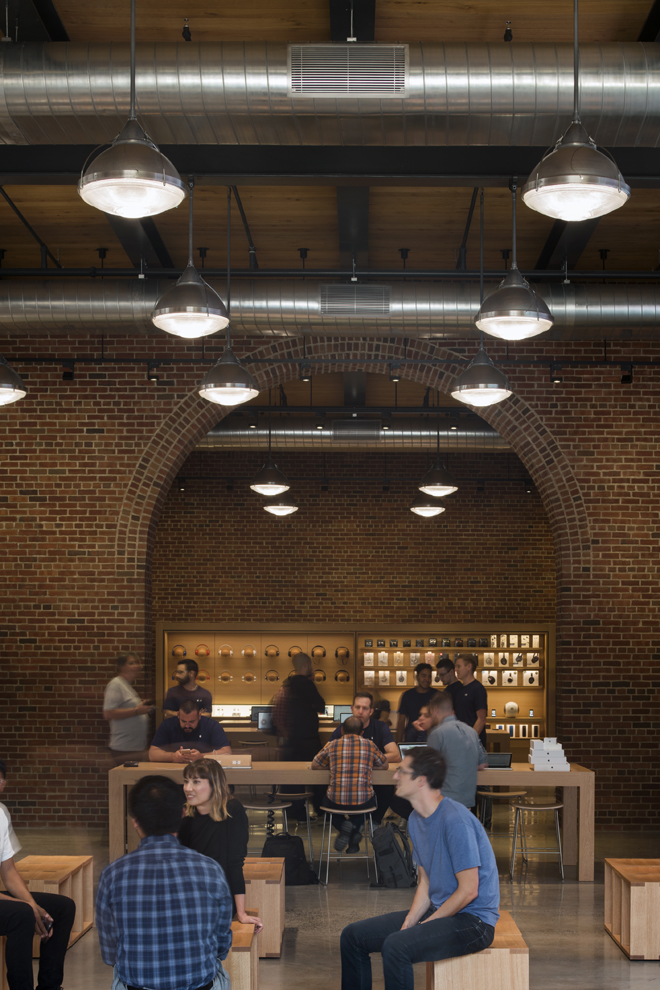 Taught at Taliesin and mentored by Frank Lloyd Wright for much of his early career, architect Aaron Green collaborated with...