A+A continues its look back to popular posts from the past five years. Here we have one of downtown Richmond’s renovated tobacco warehouses. It first appeared in July 2012:

The James River slips down from its headwaters up in Botetourt County in the Virginia hills, drops 100 feet over seven miles of granite slabs at Richmond 175 miles east, then slows to pass along a promenade of ancient plantations 25 miles below.

There, its tea-colored waters turn from fresh to tidal.

Not too long ago, hogsheads of tobacco travelled this river to Richmond’s markets and factories, from farms above and below.

One particular destination was the 1923 Edgewater Building. It rises five stories along the north shore of the James, overlooking a sleepy canal and a train trestle built to level the steep decline of the river falls.  The building is part of a once-booming, then-abandoned, and now-reclaimed collection of factories known as Tobacco Row.

From factories like this one, the scent of freshly processed cherry-tinted tobacco once wafted lazily up to homes on Church Hill. Today, the aromas are more likely coffee from espresso bars or bread from bakeries nearby.

“People are buying the buildings and rehabbing them, putting restaurants below and residences above,” says Susan Orange, an interior designer with Baskervill, a Richmond-based architecture, engineering and design firm.

Her team recently converted 12,000 square feet on the second floor of the Edgewater Building, from graffiti-marred, pigeon-infested hopeless mess to branding statement for an advertising agency.

The firm’s called Big River. It’s dedicated to authenticity. And it wanted a space that reflects that dedication.

Baskervill used existing materials. It looked hard at the building’s concrete columns, scraped off their loose paint, then sealed in almost a century of layered colors beneath.

“It left a patina for this raw, historic space,” she says.

The designers sealed the concrete floors too, adding carpet in work spaces. They used reclaimed wood for walls and the reception area.

But mostly, they allowed in the light of day, through windows that start 36 inches above the floor and don’t stop until they’ve reached 12½ feet above.

“We wanted it to be as natural as possible,” she says. “We wanted to respond to the environment, and to be as open as possible and still provide a level of privacy.”

Offices are kept to a minimum, with plenty of glazing for a transparent effect. The designers included a handful of conference rooms – but placed strong emphasis on a common area called the living room.

“This is a down-to-earth approach to business,” she says. “And the living room is a casual space where they can engage their clients.”

Outside, the canal still languishes and the river still roils. But inside, there’s a company with a new kind of energy.

Its official tagline is “changing behavior.” 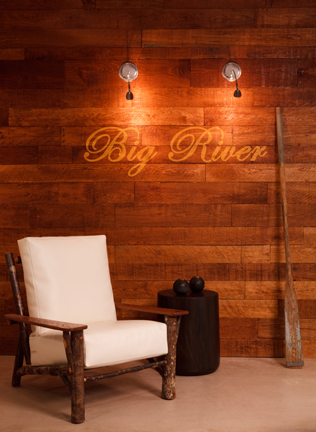 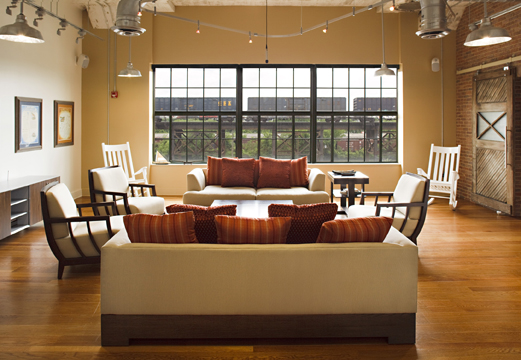 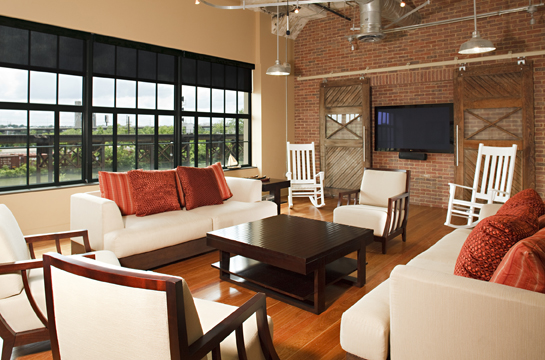 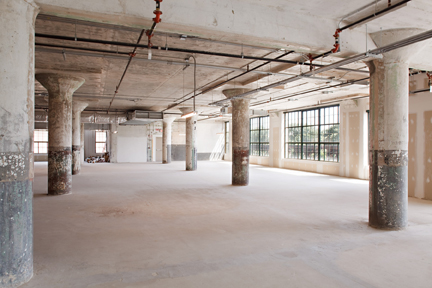 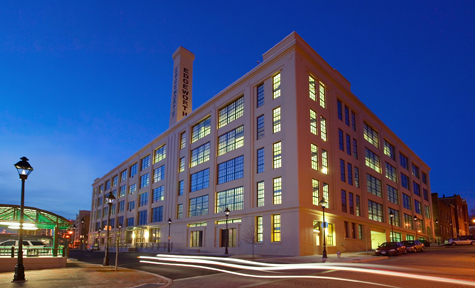 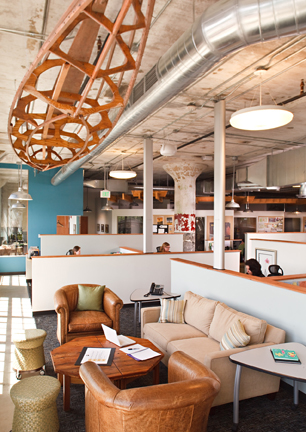 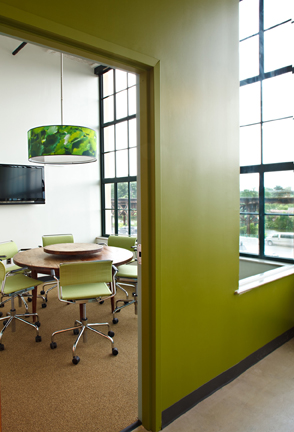 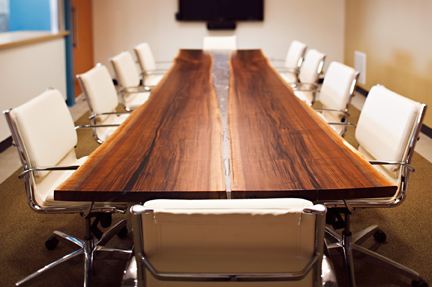 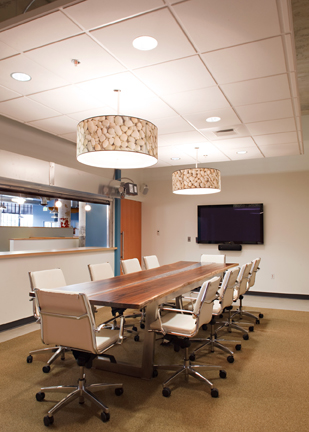 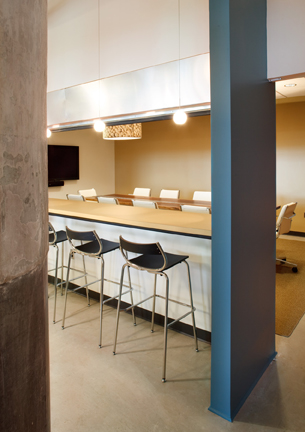 Today, A+A continues its look back to popular posts from the past five years. Here we have one of Richmond's newest iconic...