At the Peabody Essex, an Exhibit of Ocean Liners

Precursors to the cruise ship, ocean liners got their start in the late 19th century.

And the Peabody Essex Museum in Salem, Mass. is about to open an exhibition – in conjunction with London’s Victoria and Albert Museum – that explores their history.

“It starts at the first appearance of professional designers – Arts and Craft designers in the 1870s – who used stamped leather wallpaper and embossed ceilings,” says Dan Finamore, PEM’s curator of maritime art and history. “It runs through the last ships launched in the late 60s – QE2 and the France.”

In between are the glory days of point-to-point, ocean-crossing by Americans to Paris, London, Italy and Germany – on ships decked out in Beaux Arts, Art Deco and Art Moderne designs. “They were representations of the modern world in a very positive way,” he says. “No one yet has looked what they were doing to present themselves to an American audience – creating an idealist vision of themselves in a very controlled environment.”

That could mean travel to Europe in the French Art Deco style with French waiters, or a comfortable English country house approach with chintz upholstery.

Finamore has created five sections for the exhibition – the first, about promotion, with posters, ship models and bookings, all demonstrating how the lines presented themselves so passengers would book on their ship rather than competitors’.

There’s a section on speed, safety and comfort, with the design of ship oriented toward passengers’ interests – and galleries that focus on design history of national styles. There’s one about life on board, with the development of ships with specialized social areas – religious spaces, swimming pools and children’s spaces.

“Then there’s the big arena of dining and cocktails – for 15 second s of fame, where passengers can be seen in the dining room with Cary grant and Marlene Dietrich,” he says.

Not to mention in the island-hopping cruise ships of the Caribbean.

The exhibition opens on May 20 and runs through Oct. 15. For more, go here. 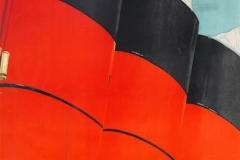 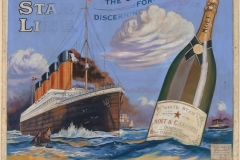 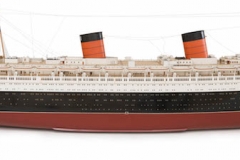 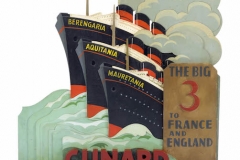 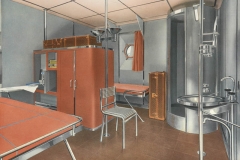 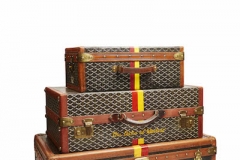 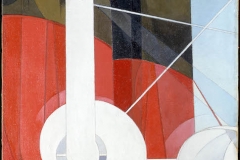 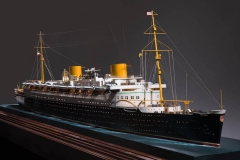 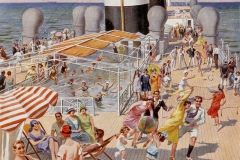 Art Among the Ruins: 'Legend' from New Ravenna 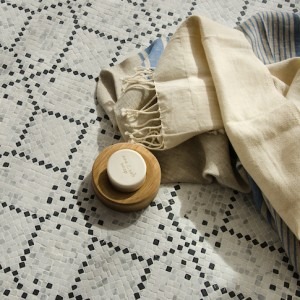 Art Among the Ruins: 'Legend' from New Ravenna

For starters, there are the ceramic patterns from American Indians. Cross-referenced are eerily similar patterns from...