A look back at the history of New Ravenna’s founding, at the makeup of its current staff, and the British Arts and Crafts movement has inspired a new collection of handcrafted mosaics.

New Ravenna was founded in 1992 by artist and designer Sara Baldwin. It’s staffed mostly by women today. And the Femme & Function collection not only looks to those influencers, but to the innovation of women across history.

“The Arts and Crafts movement elevated women – because a lot of the workers in factories were women,” says Cean Irminger, creative director at New Ravenna. “But they were unknown and unnamed and didn’t get credit.”

So she and her artisans are bringing to life the significance of these women who might not be known by name, but are known by their work, the legacy of what they created, and the designs they put forward.

The collection’s 20 designs in stone and glazed basalto were inspired by the legacy of women pioneers in functional art, focusing on five disciplines: quilting, pottery, embroidery, weaving, and textiles. “There’s a natural motif, a flower motif and a geometric take on them,” she says.

There’s something for everyone in this collection, with a ton of different aesthetics, whether for floors or walls. “Some are whimsical, and some are less whimsical and decorative for a wallpaper style,” she says. “They do tend to be more for residential use, though.”

Inspirations span time periods and geography, from ancient Japanese Shibori hand dying techniques, to the use of geometry and subtle palettes by indigenous potters, from the traditional quilting patterns passed down through generations of unknown homemakers, to the natural motifs and painted textile work of the Arts and Crafts movement.

“The largest is Agatha, a window pane lattice that’s12 by 12 inches and a super large scale,” she says. “Another to capture feel of indigo is Himiko – it’s one centimeter square and a more traditional mosaic that’s intensive and the smallest size.”

Textured materials like tumbled stones and metallic glazed basalto are sprinkled in with a dimensional palette to capture the essence and interplay of woven goods and embroidery. The designs in the Femme & Function collection honor the creative women who often worked in obscurity, perfecting humble crafts and transforming traditions.

“So Femme & Function is a feminine-based art form,” she says. “It’s about patterns, and connecting our art form to traditional art forms and feminine artists in these fields.”

And with names like May, Nellie, Phoebe, Lilla and Nezbah – who could resist a collection like this? 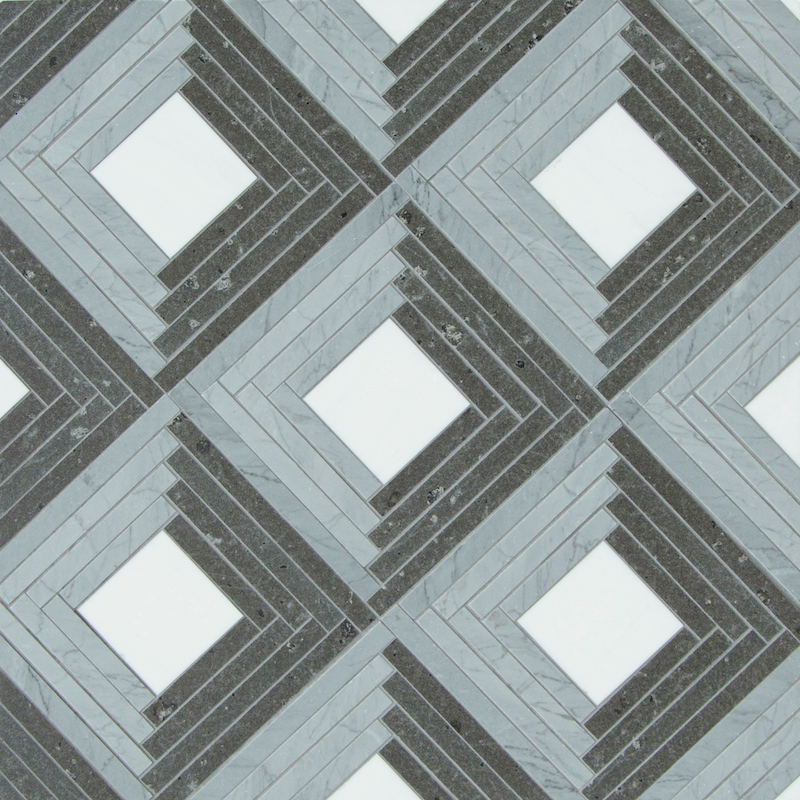 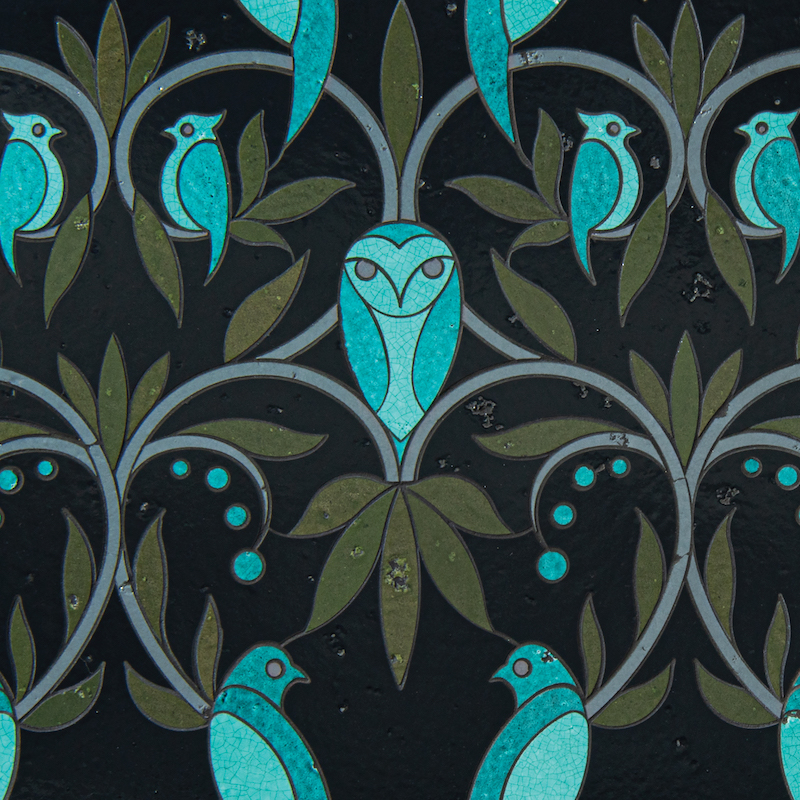 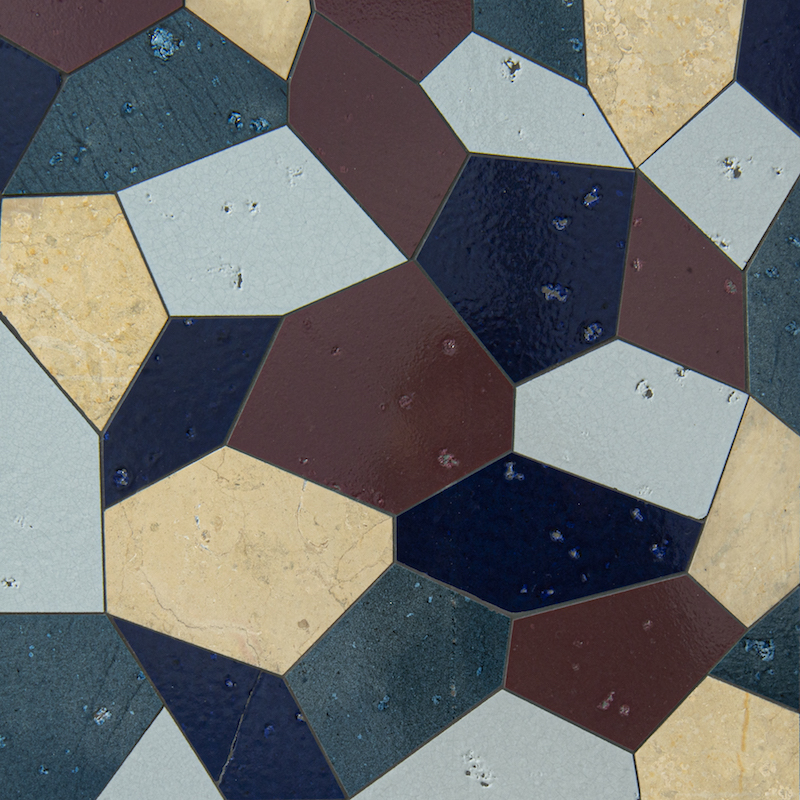 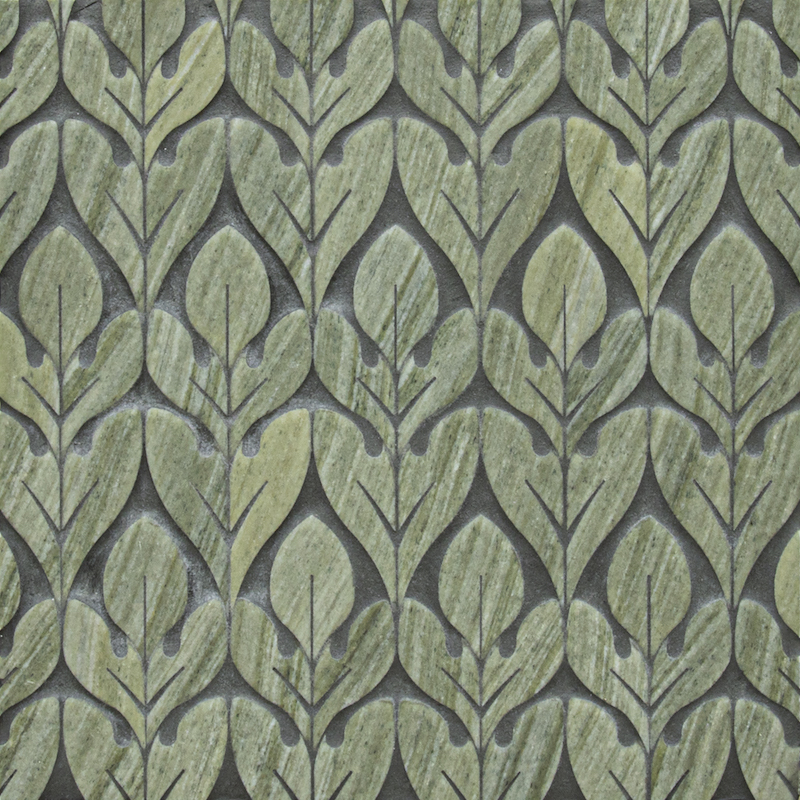 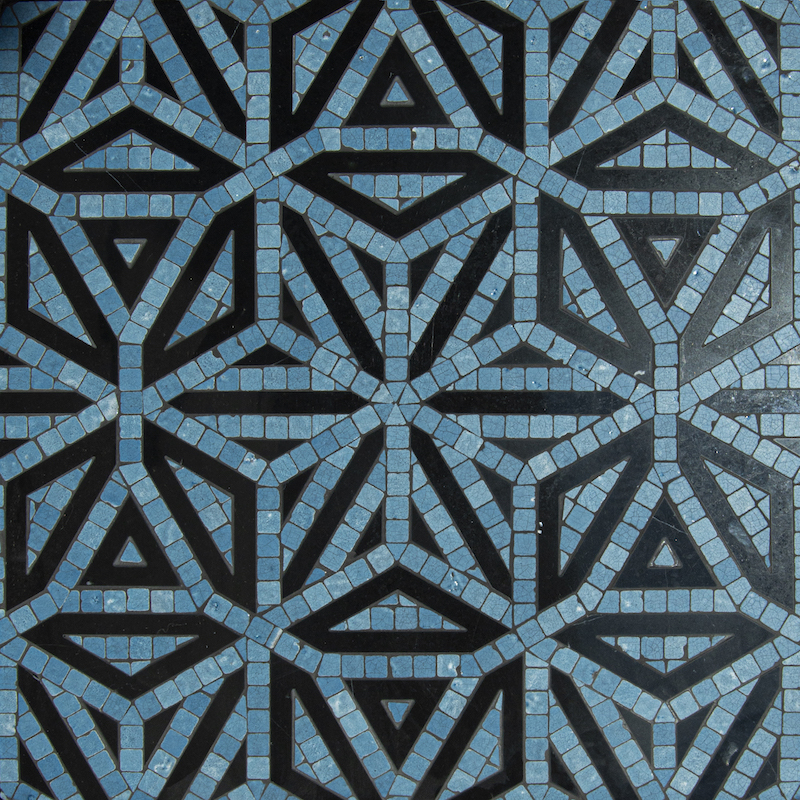 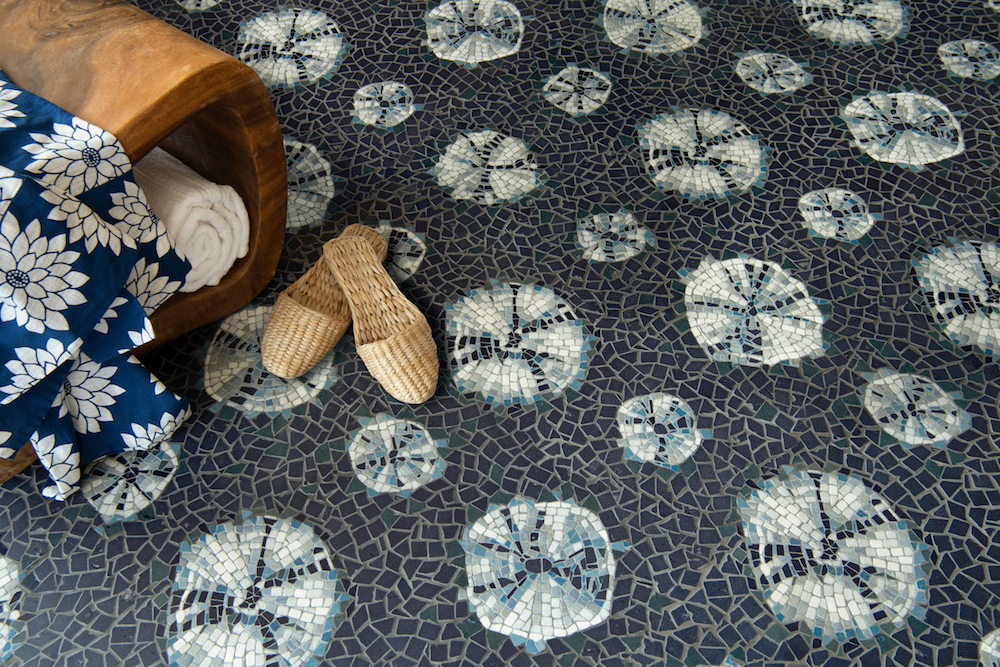 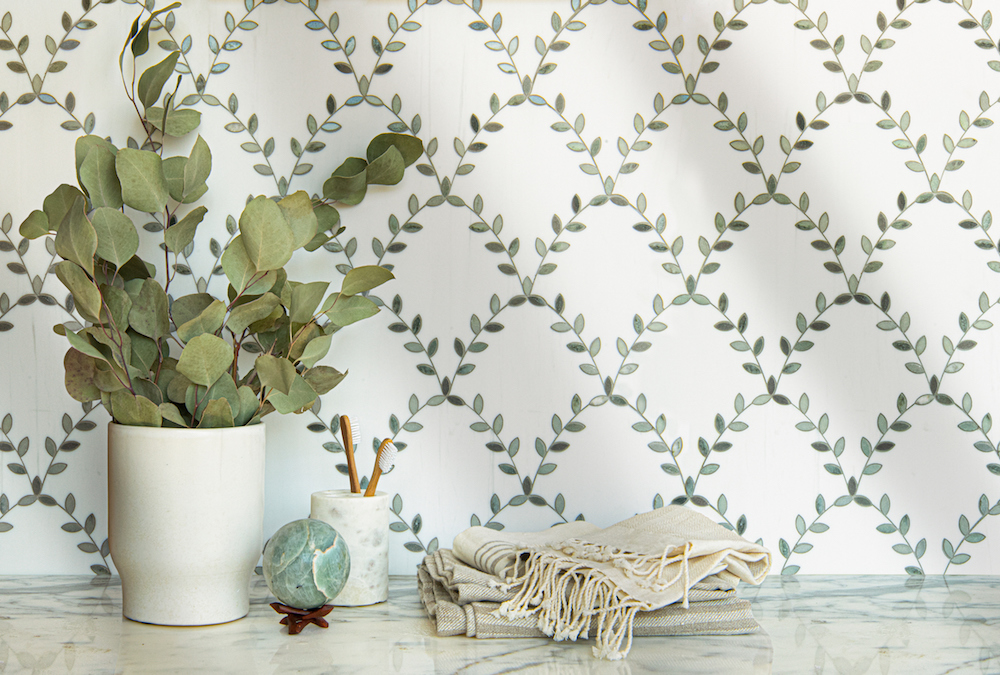 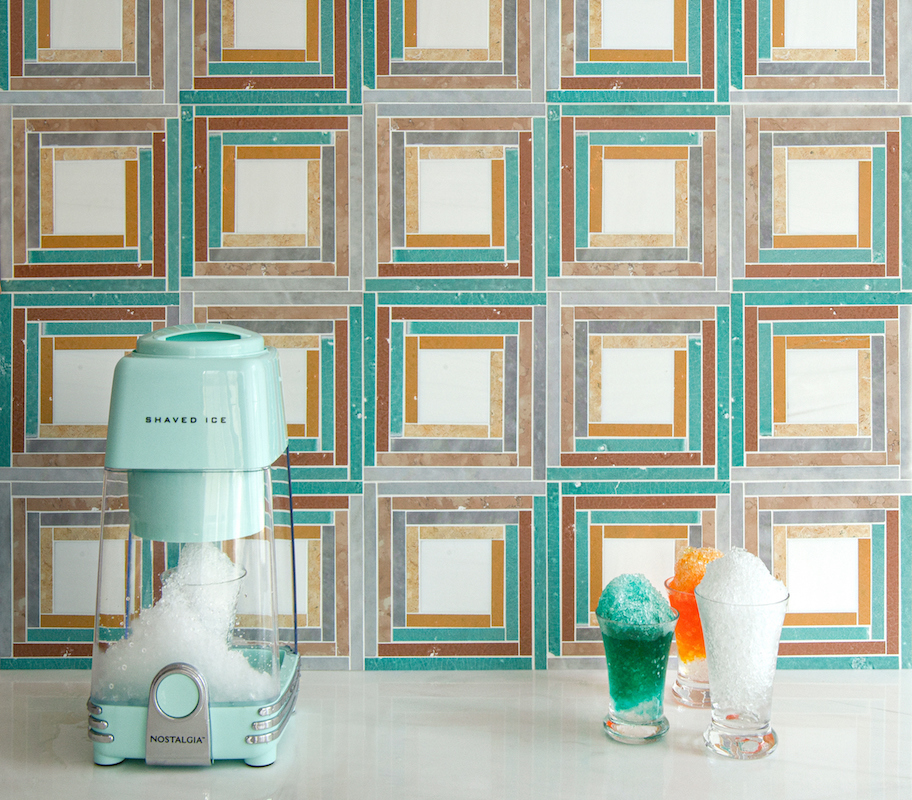 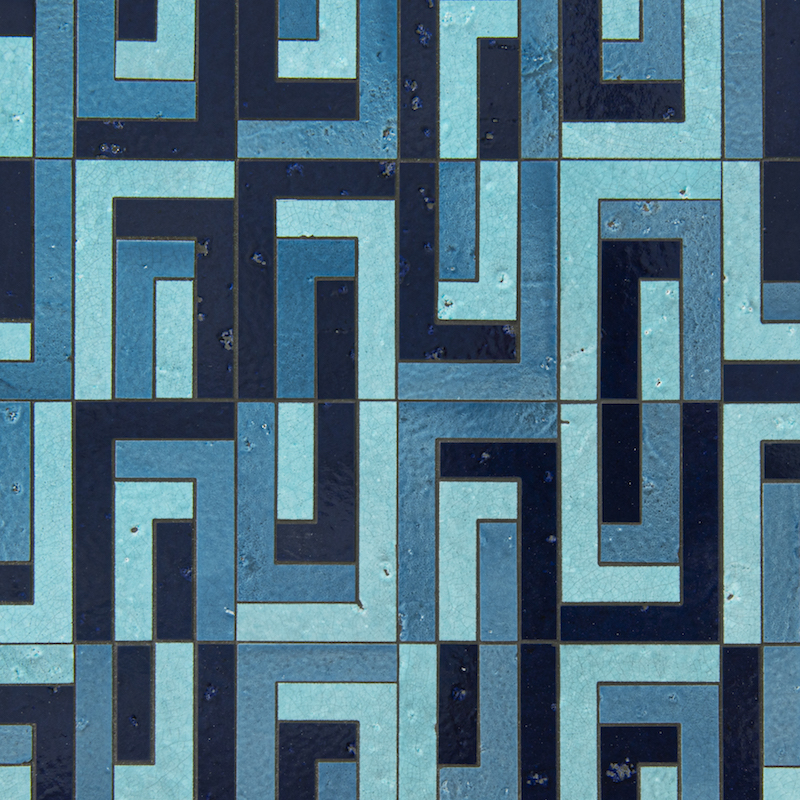 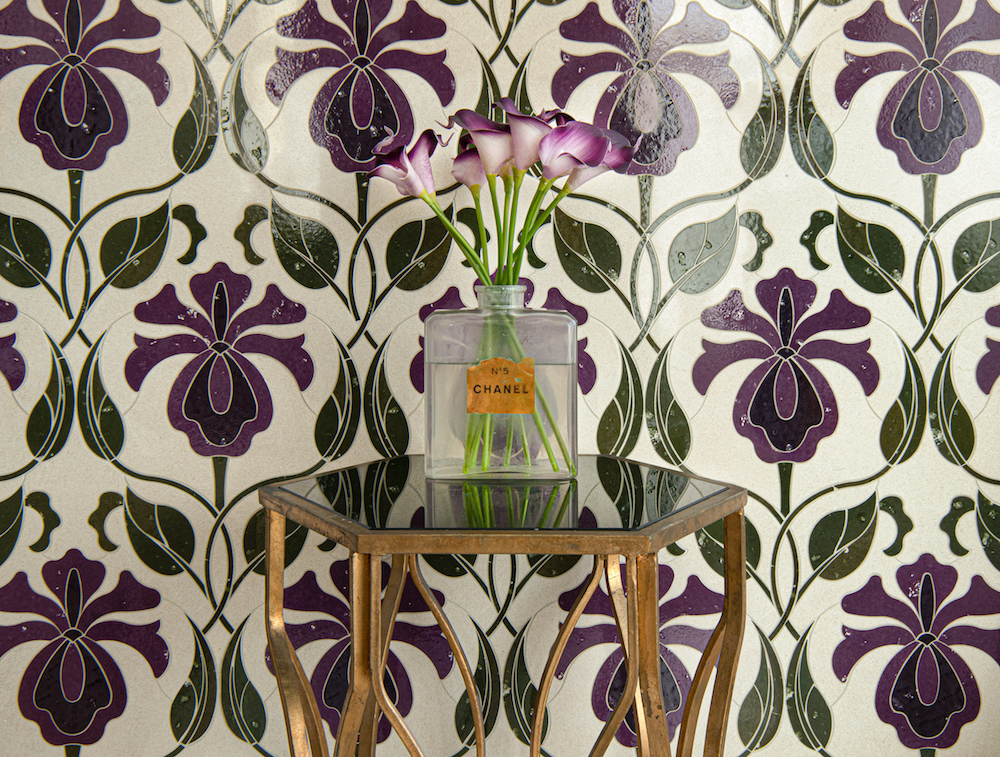 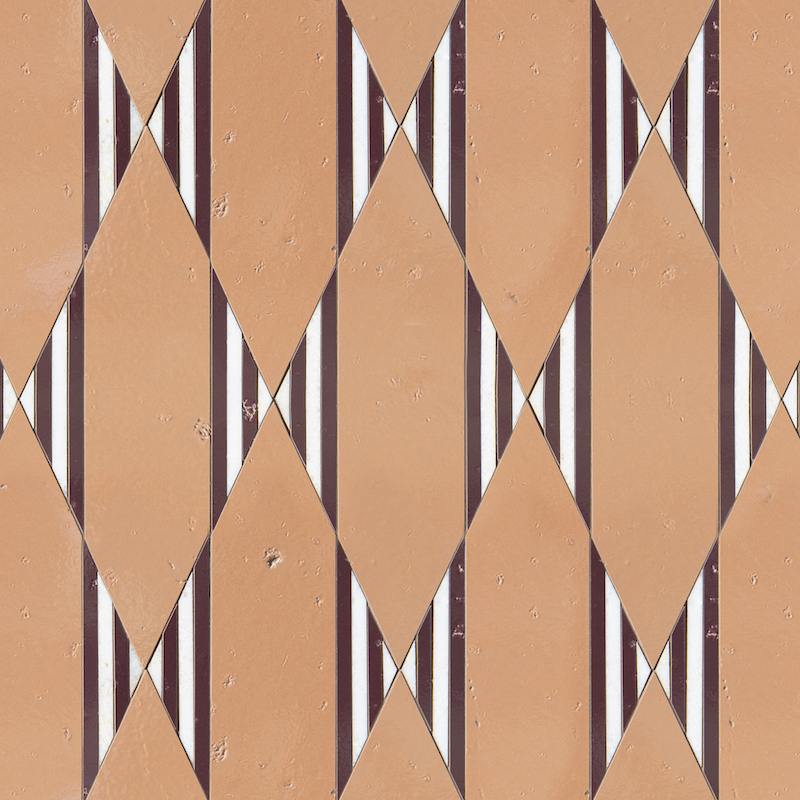 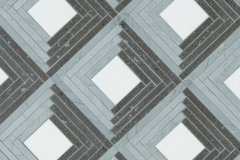 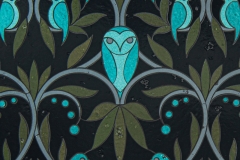 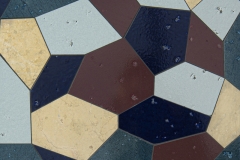 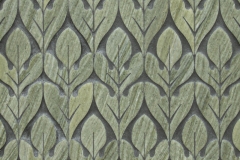 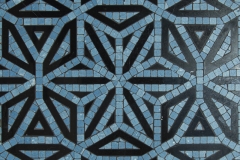 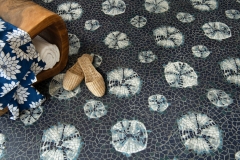 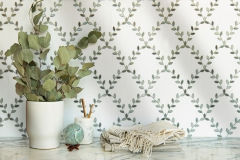 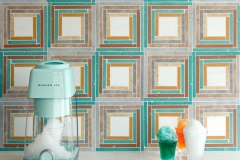 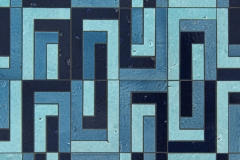 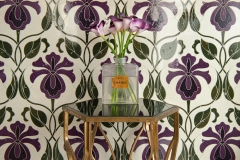 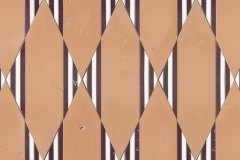 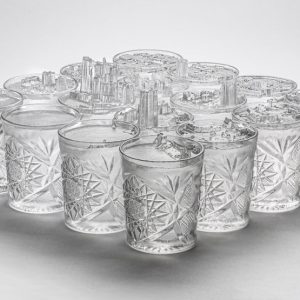 Norwood Viviano says his sculptural work in blown glass is all about change. Like sea level rise – in cities across...