“Plus Ultra,” Latin for “more beyond,” is a phrase found throughout the early 20th home known as Fonthill in Doylestown, Penn.  It symbolizes the philosophy of Henry Mercer (1856-1930), an extraordinary designer, architect, artist and craftsman who built the house for himself.

“It’s important because it’s one of the earliest examples of reinforced poured concrete architecture,” said Ed Reidell, administrator of Fonthill Museum. It may be typical of the Arts & Crafts period, but it differs significantly from those by Greene & Greene or Frank Lloyd Wright.

“He liked stuff,” says Reidell. “The house is full, not lean and spare. It’s a Victorian aesthetic. He wanted to preserve the past that he was more comfortable with.” Ironically, though, the house is modern for its period – it was conceived in 1908 and completed in 1912 – with electricity throughout, indoor plumbing, and an Otis elevator.

Castle-like and eccentric to the core, Fonthill includes towers, terraces, with mansard and pitched roofs.  At its center is an 18th-century farmhouse that’s basically encased in concrete. It appears to have been designed from the inside out, so that its windows take advantage of natural lighting and views of surrounding parkland.

More remarkable than its exterior is its richly tile-encrusted interior. With approximately 44 rooms, including 10 bathrooms, there’s always “more beyond” in the house that begs repeated visits. Mercer designed many of the tiles, and manufactured them at the nearby Moravian Pottery and Tile Works that he founded. The thousands of tiles he made reflect his interests in literature, music, history, travel, folklore studies and archaeology. (After reading law at the University of Pennsylvania, he became an archaeologist, and conducted digs in the Yucatan Peninsula.) The brightly colored tiles are made of clay dug on site. They reflect a wide range of techniques: impressed designs, bas relief, encaustic, glazed and bisque-fired.

“After Mercer had lived in the house for about two years, a friend suggested he make it a museum of world tile history,” Reidell said. And so he began to add Peking, Persian and 17th-century Moorish tiles, and to inset them into the walls, floors and ceilings, labeling them with individual tile letters.

The house is now a museum operated by the Bucks County Historical Society.  It’s headquartered about a mile away in another Mercer building that houses Mercer’s extensive collection of pre-industrial tools and artifacts. For information on guided tours, visit http://www.mercermuseum.org/, or phone 215-348-9461. 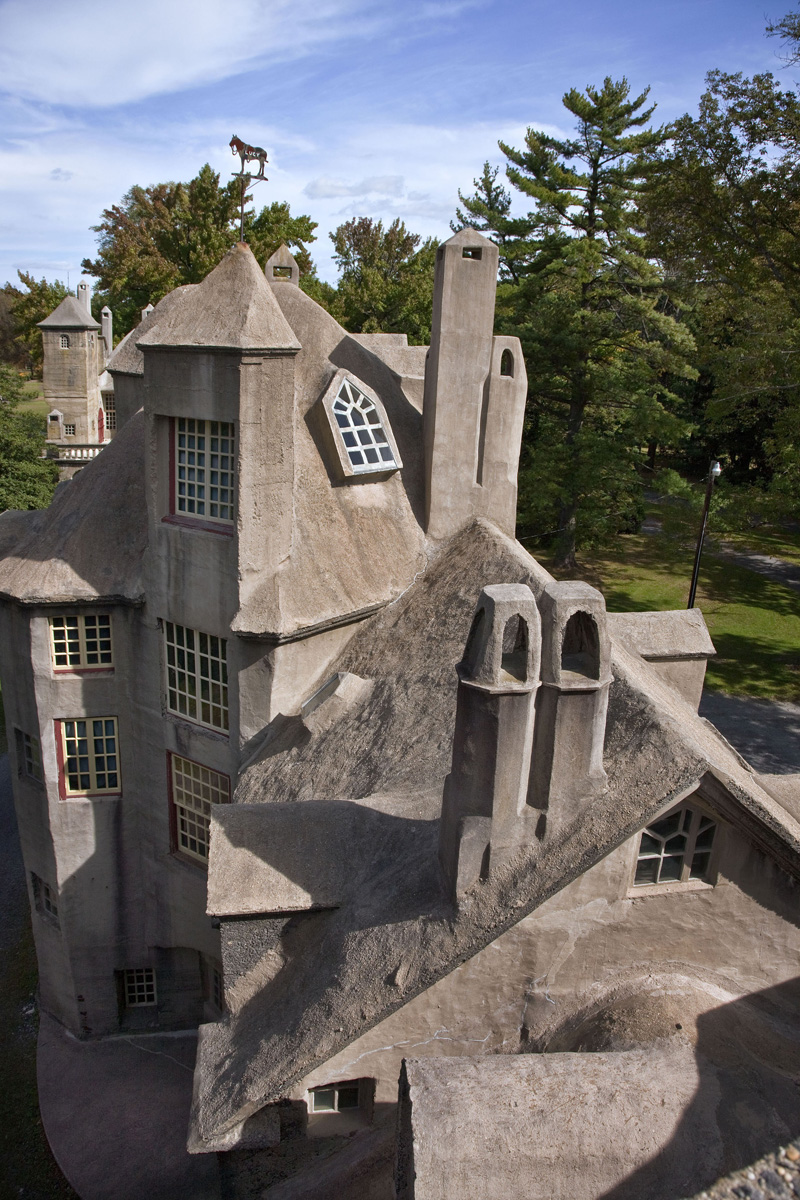 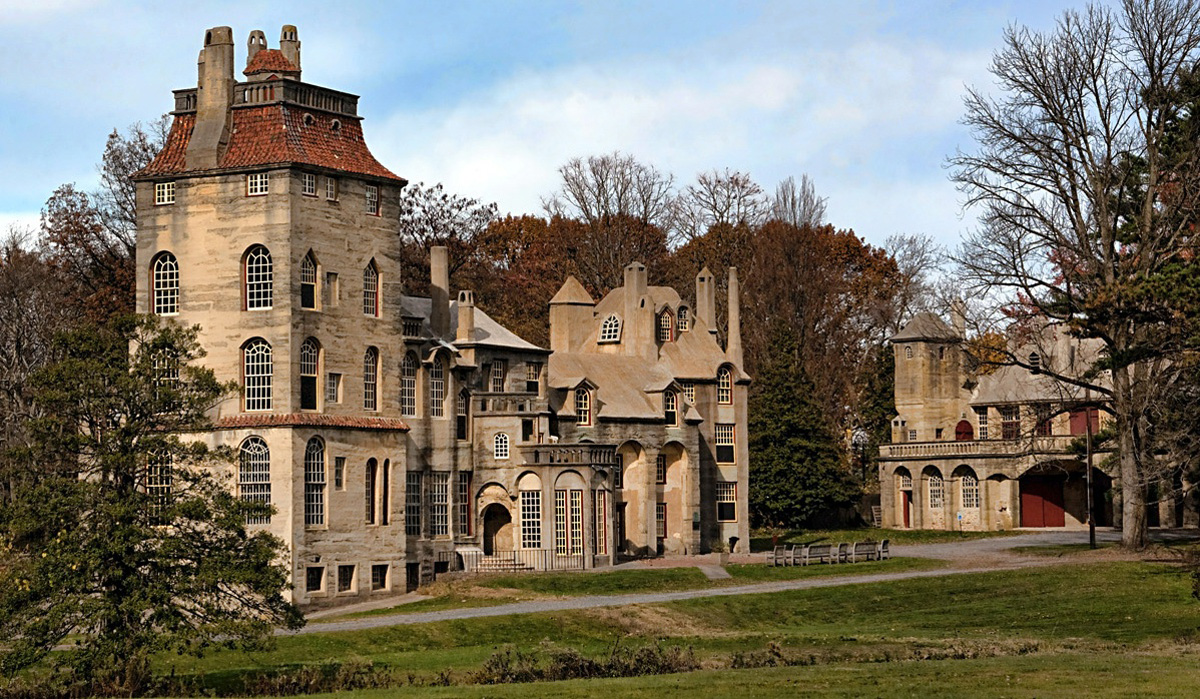 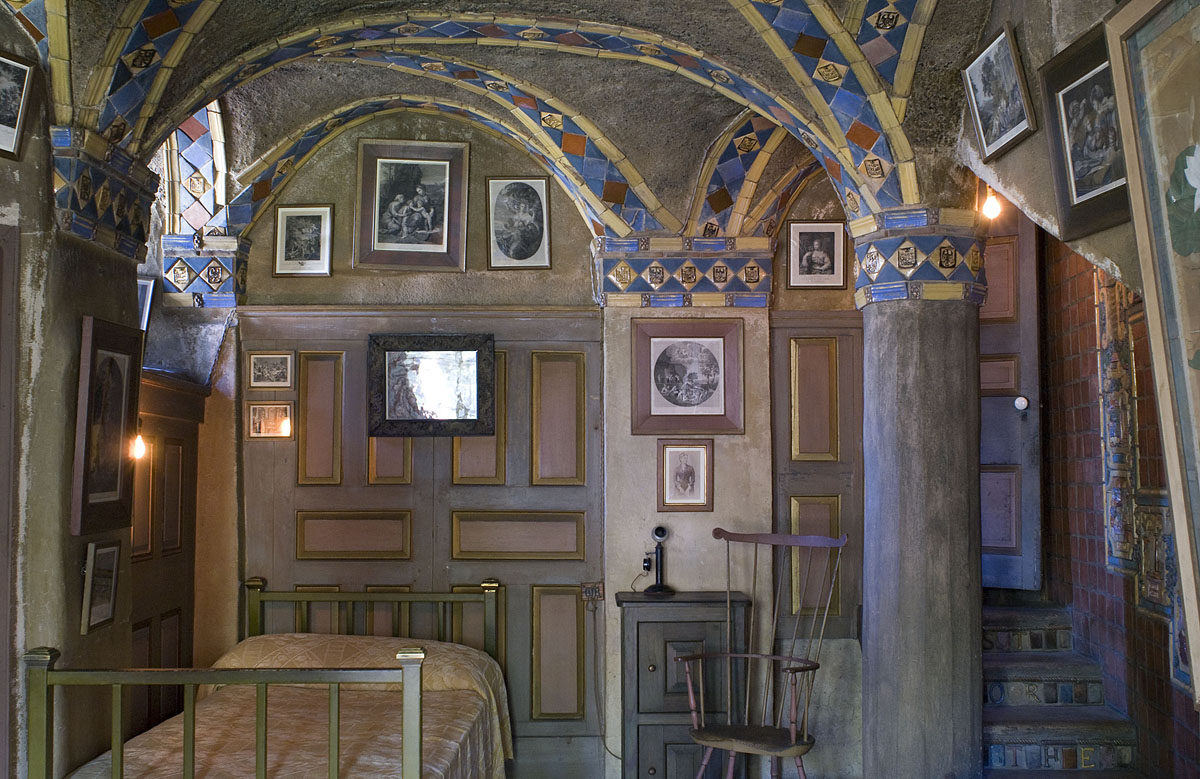 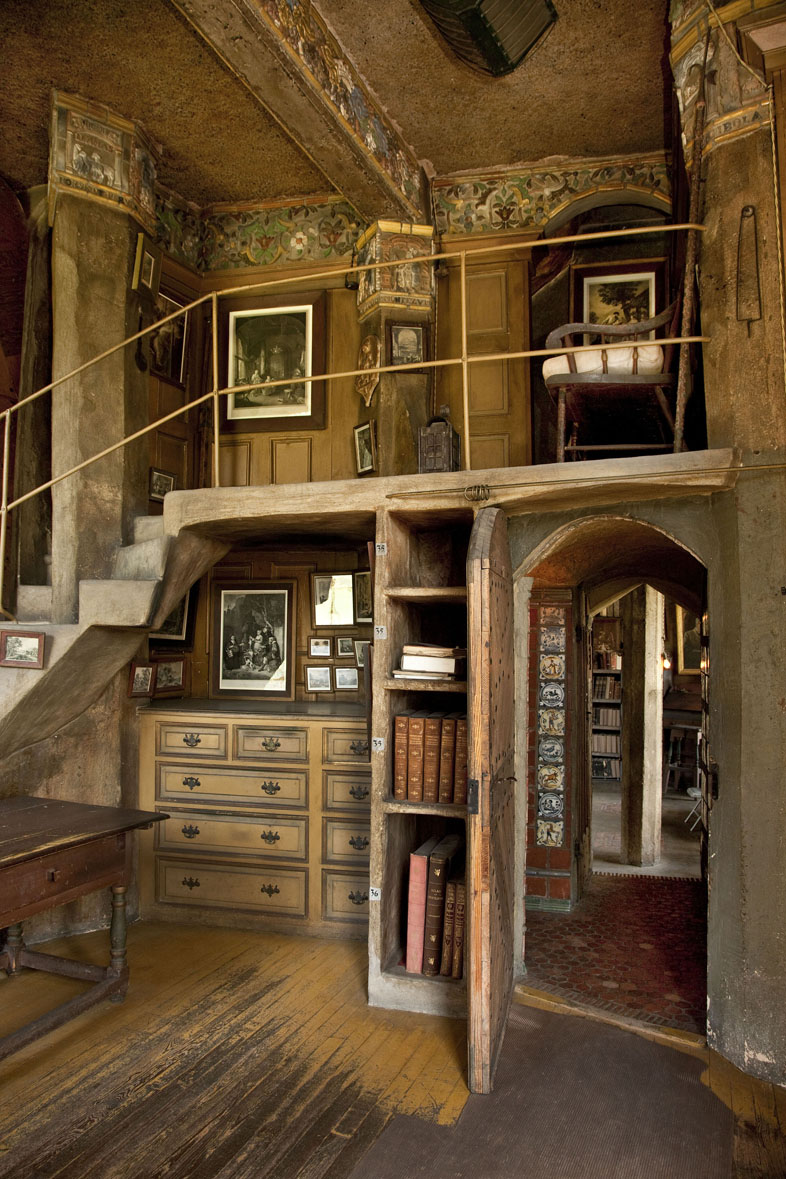 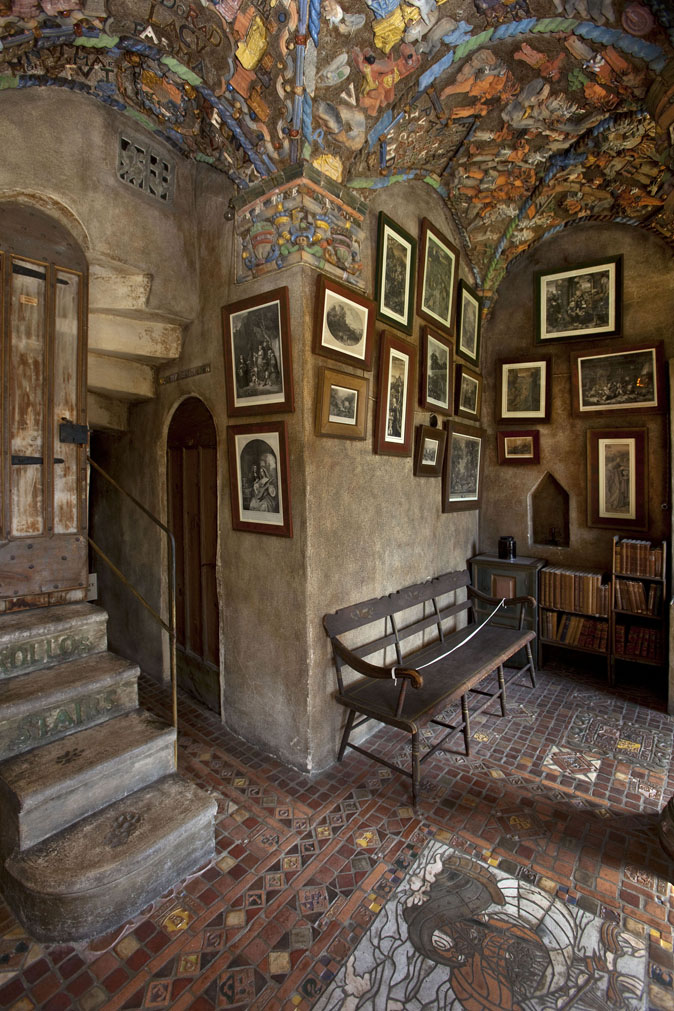 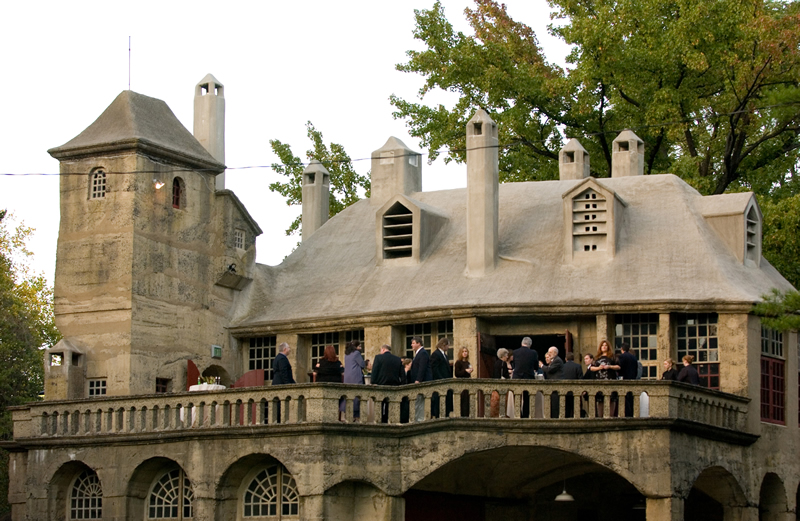 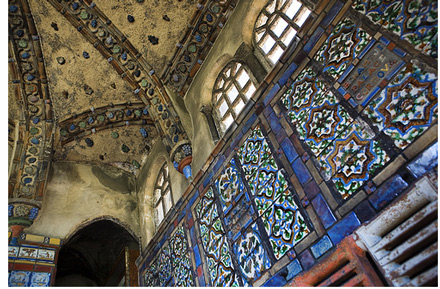 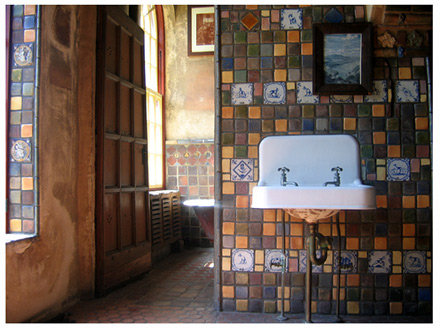 Mercer’s Fonthill is sui generis. I just sold my Louie Kahn house in NEPhilly’s Greenbelt Knoll (1959-2010.)But there’s nothing like it in Weimar,Germany where I live now on the top floor of a 1884 villa.

It's not  a pretty picture that Elizabeth Kolbert, National Geographic magazine contributor and author of Field Notes From...