Since its early 2009 introduction, the student-built Taliesin Mod.Fab has proven miserly by using practically no energy for heating or cooling.

With 36 SIPs, the elegant little 600-square-foot home absorbs the winter sun while providing plenty of shade during summer.

“It seems to be doing quite well both anecdotally and in energy use,” says Victor Sidy, dean of the Frank Lloyd Wright School of Architecture near Scottsdale.  “Granted, the building is not used in the Arizona summer, but for eight months of the year it hosts visiting lecturers and guests, so we’ve gotten good feedback from a wide variety of constituents and generations.”

Designed by 20 students guided by faculty members Michael Johnson and Jennifer Siegal, Mod.Fab just won the Valley Forward Association’s first-place Crescordia Award for Environmental Excellence in Buildings and Structures.  The award in the residential category sets a standard for achieving a balance between the built and natural environment in the region’s physical, technical, social and aesthetic development.

“Its floor is an Italian tile that serves as a thermal mass,” he says.  “I’m surprised at how well it maintains an even temperature.  And the ventilation works especially well too – there are places where you can see directly through the building.”

Mod.Fab was designed and built on the school campus and is connected to the water system there.  But it does collect rainwater, harvesting it for nurturing the landscape.  That water could, if necessary, be used for toilets and showers.

It rests on six vertical four-inch by four-inch steel columns.  A band of black steel at its base serves as a chassis designed to roadway load specifications, so it can be moved on wheels to its site.

The school is in talks with a manufacturer to license its construction for the residential market.  Costs were about $45,000 to build the prototype, with significant sweat equity from students and faculty, and a number of in-kind donations.  It will probably come in between $100,000 and $120,000 at the retail level.

But the good news is that it may be the first building on the Frank Lloyd Wright campus whose roof does not leak.  “We finally did it,” he says.  “It was an educational opportunity for the students – it was gratifying to have detailed flashing conversations with them.”

Mr. Wright would be relieved at the news. 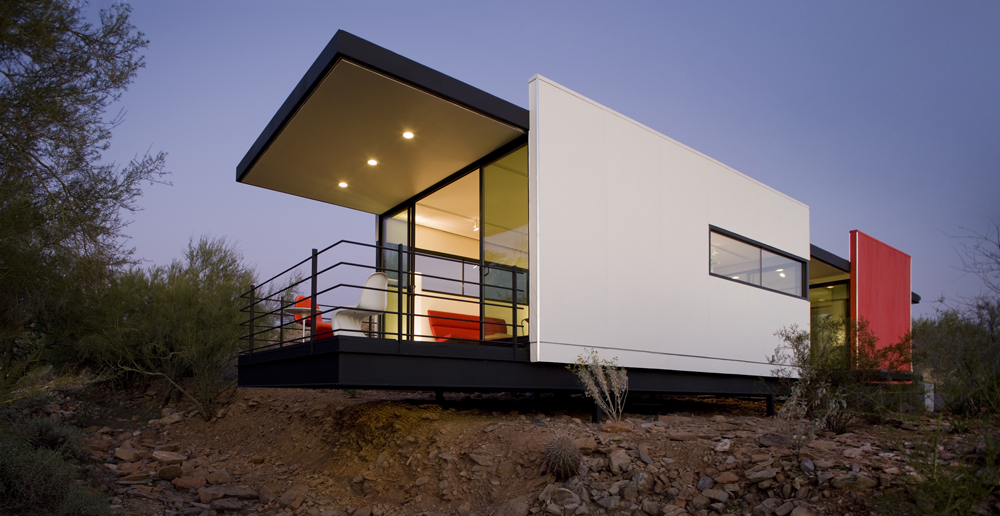 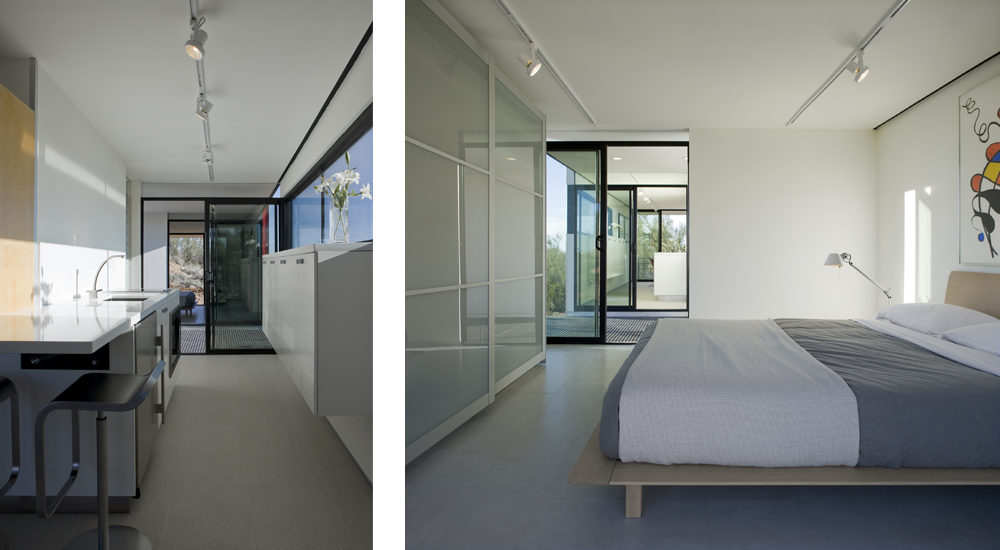 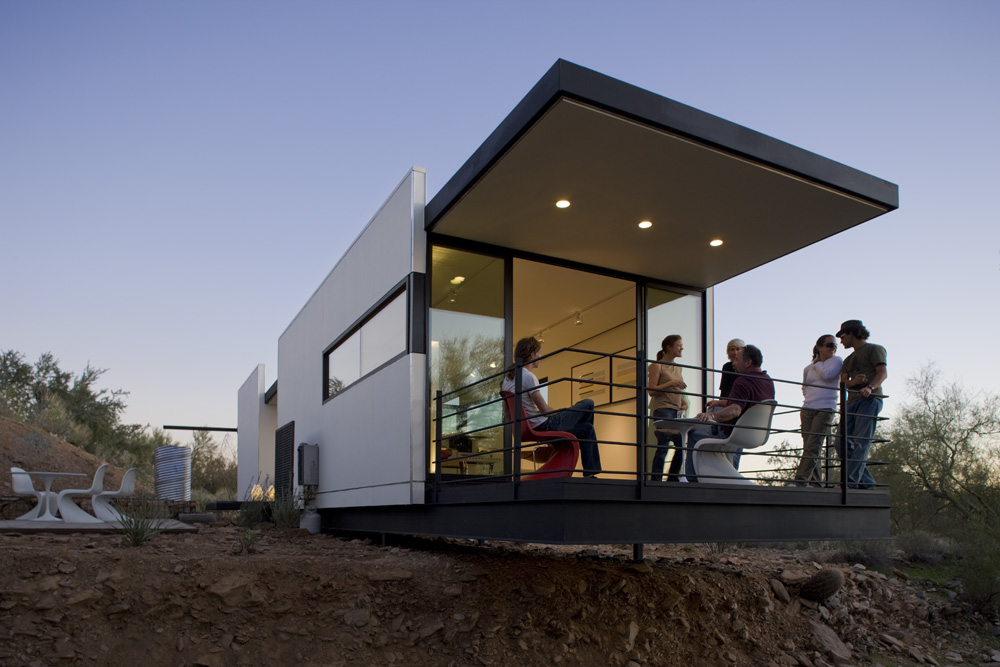 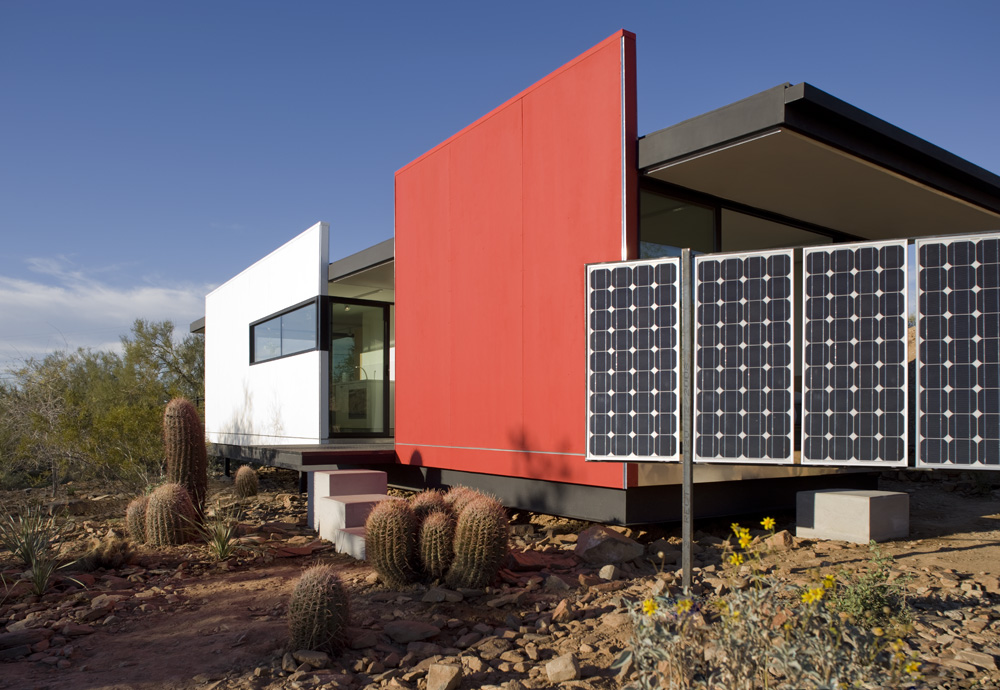 Beautiful. Slightly reconfigured, it could be the perfect small office. 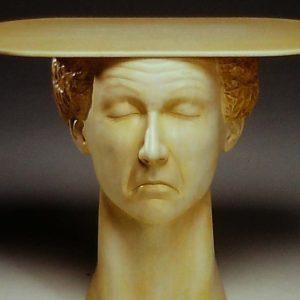 Bob Trotman is a philosophy major from Washington & Lee who turned to fine furniture-making after teaching school in Virginia. Now,...