So what do you do once you’ve made your millions selling alcohol to the government during the Civil War, then served for decades as president of the First National Bank of Chicago?

If you’re Samuel Nickerson, you ask Burling and Whitehouse, one of Chicago’s earliest architecture firms, to design and build a 25,000 square-foot townhouse on the corner of Cass and Erie Streets.

“It’s not on the scale of Newport or Biltmore, but in terms of quality, it ranks,” says David Bagnall, author of “An American Palace: Chicago’s Samuel M. Nickerson House,” published by the University of Chicago Press.

Outside, it’s an ode to classicism.  But inside, it’s an eclectic melting pot of Egyptian, Persian and Chinese styles, with some English and Italian Renaissance thrown in just for good measure.

“It’s all about the blending of different styles and cultures,” he says.  “They were trying to define a particular American style representative of the culture.”

Nickerson would live in the house for 17 years; another family would live there until 1920, and it would become office space until a total renovation was begun in 2003 by Richard H. Driehaus.

The residence now houses Driehaus’s private collection of decorative arts from 1880 to 1920, consisting primarily of works by Louis Comfort Tiffany.  Among the late 19th century furnishings are a number of original pieces from the house, now known as the Richard H. Driehaus Museum.

“He has a passion for historic architecture and design, and he’s a big supporter of the National Trust,” Bagnall says.  “A lot of money was poured into this project – after so many buildings of this period fell out of favor and into disrepair, only to be torn down.”

Driehaus has done us all a dual set of favors.  In addition to the Nickerson house, his corporate headquarters, designed by Cobb & Frost in 1886, is right across the street.

For more on “An American Palace,” go to http://press.uchicago.edu/ucp/books/book/distributed/A/bo13705949.html

For more on the museum, go to http://www.driehausmuseum.org/ 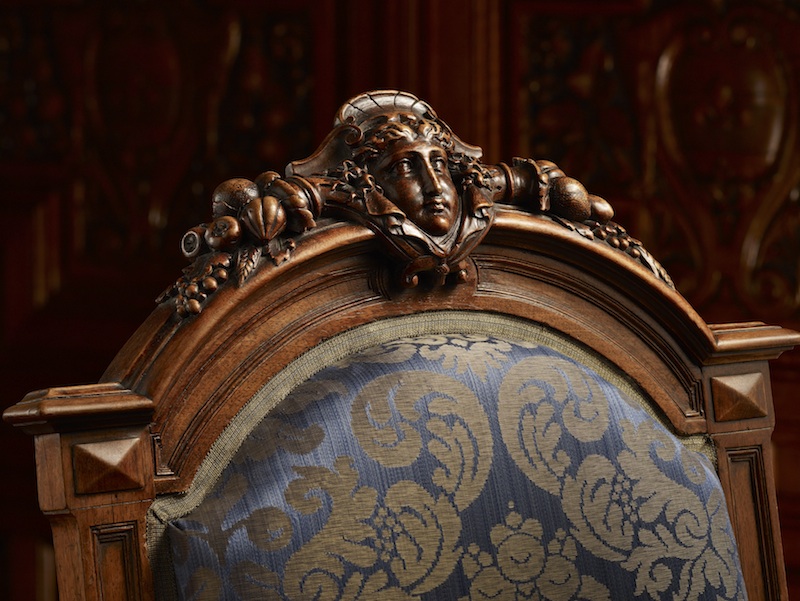 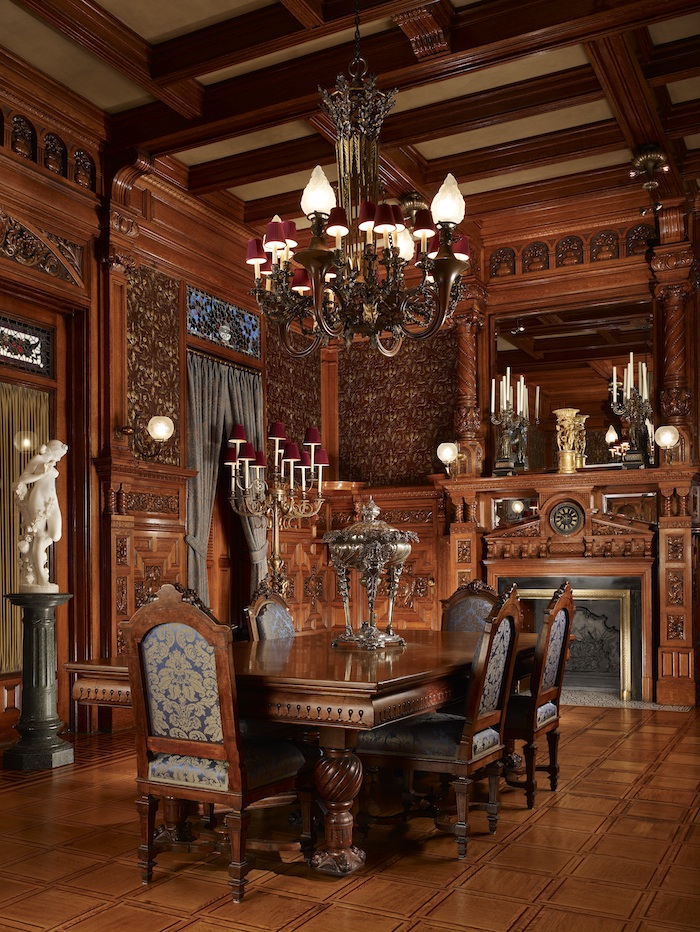 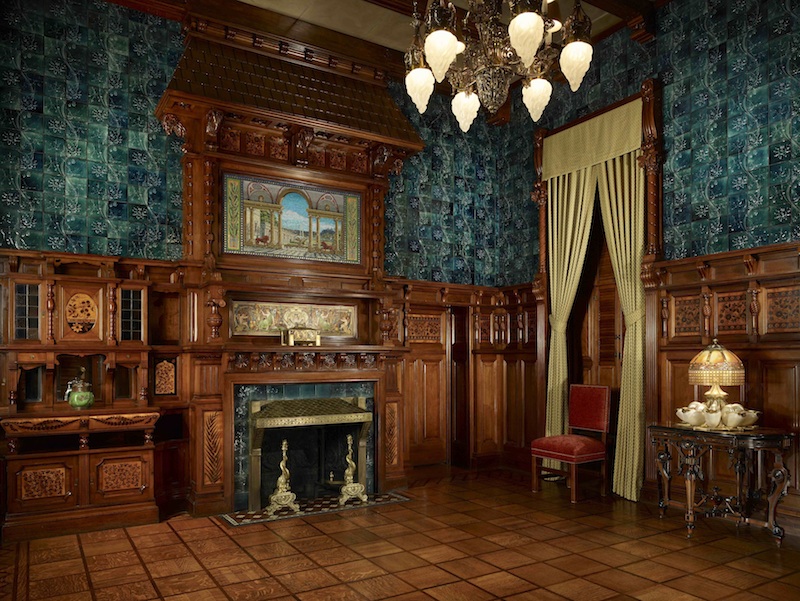 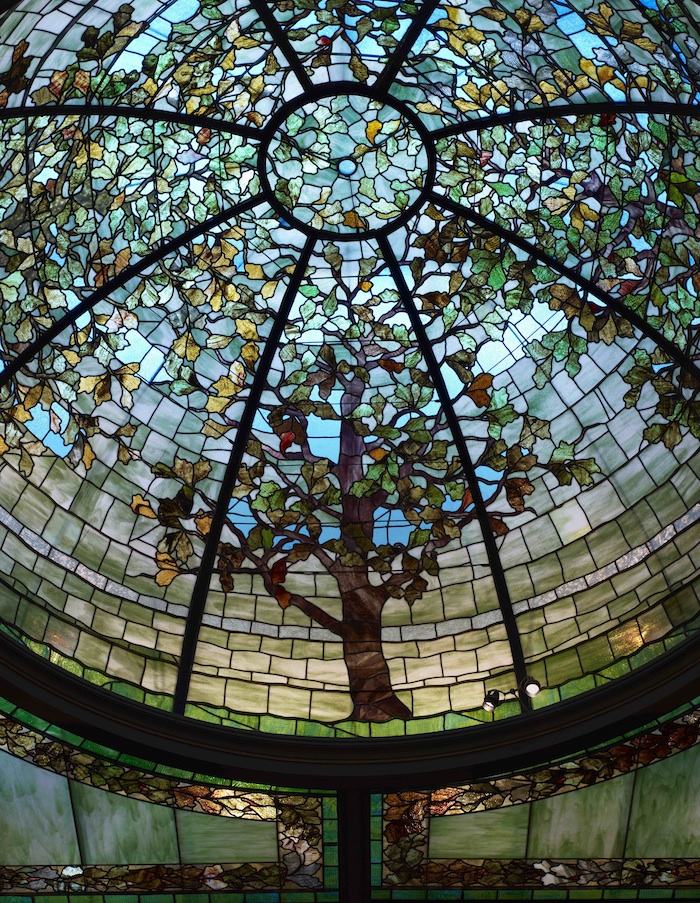 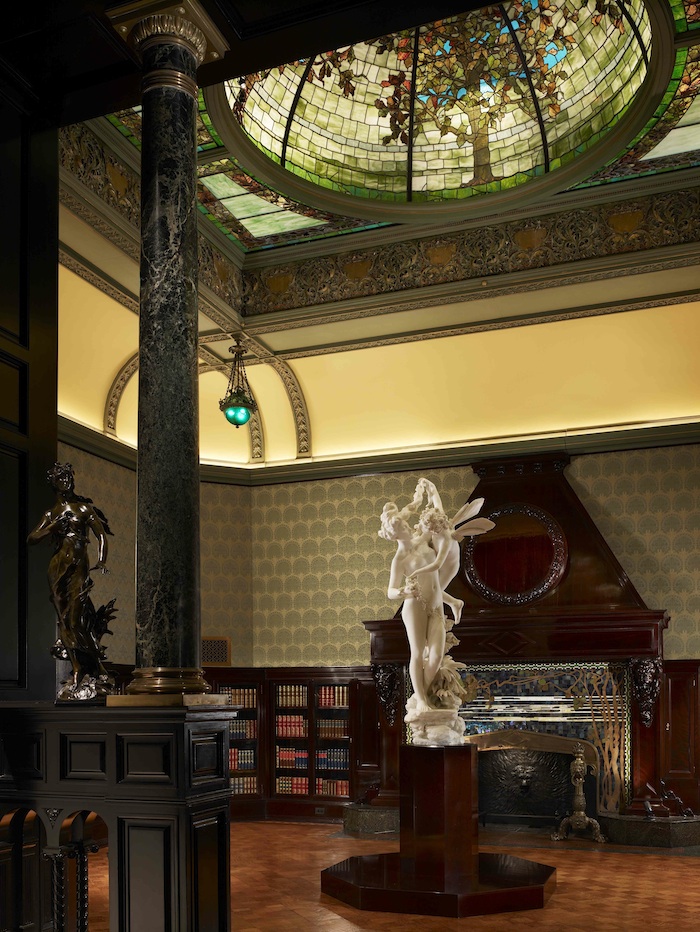 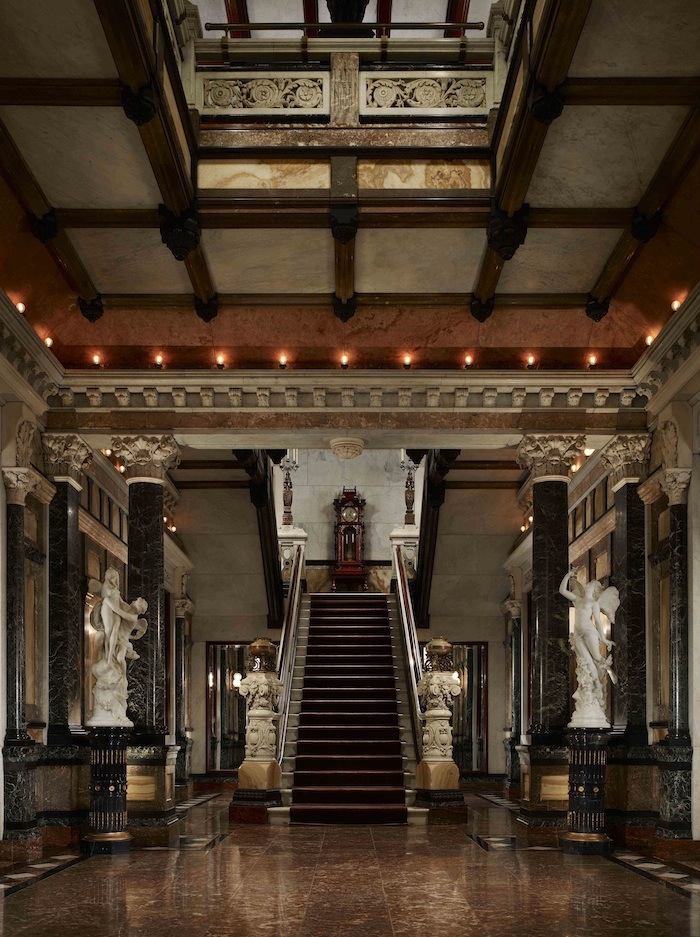 It reminds me of the Municipal Building in Prague.

The way author Blaine Brownell sees things, architects are in a highly responsible position when it comes to material use – and that...