A Vineyard Barn by Clayton & Little

Here we have a beautiful, if undecorated, shed.

It’s a barn situated on a vineyard located between Santa Barbara and San Francisco, one that belongs to Justin Smith, owner and winemaker for Saxum Vineyard.

“He’s a low-key and laid-back California guy, and in the wine industry he’s a true rock star, making more 100-point wines than anyone,” says Brian Korte, architect and partner at Clayton & Little. “He’s been making wine for a long time, and sells only to a mailing list – and it takes seven years to get on the list.”

Korte designed the 2,300-square-foot barn to be multi-functional. It serves as storage for all the equipment used on the vineyard daily. There’s a workshop where a tractor can pull up for repairs. And a feed shed for the sheep and chicken that surround it.

But there’s also a solar component. “Its main job is to be a host for the solar,” he says. “There’s a roof with a panel system and a solar array that takes the 12,000 square feet of winery off the grid.”

It’s conceived and composed in sustainability. “It’s built out of drill pipes from oilfields,” he says. “Once they’re retired, they’re salvaged and used for fencing, and they’re already weathered – they’re ripe and rusty.”

It’s the first structure visitors see when they come into the winery, with an airiness in the way it presents itself. “It’s the little brother to the winery itself, and takes its energy down to zero,” he says.

It’s sheathed in corrugated Corten steel, to give it privacy from the road. But there’s also some transparency during the day. “The only rooms enclosed are the workshop, with plywood, and the feed room,” he says. “The roof keeps the equipment out of the sun and rain.”

This is a shed whose beauty lies in how well – and how nearly invisibly – it functions. 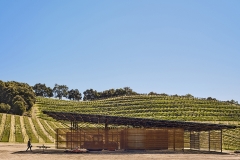 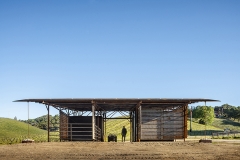 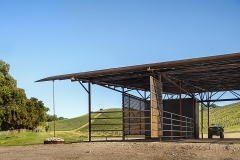 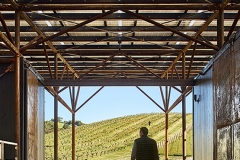 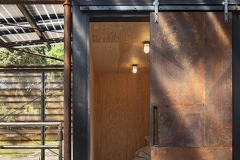 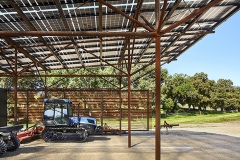 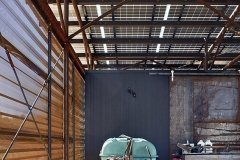 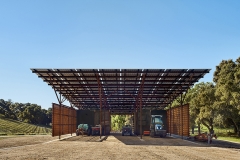 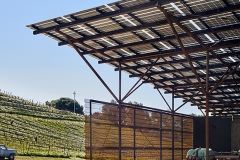 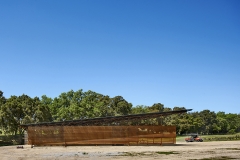 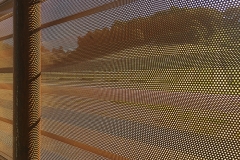 In Jackson, a Western Design Exhibit 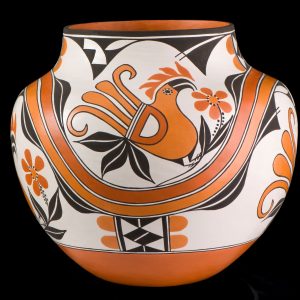 There’s more to art than two dimensions, says Eric Singleton, curator at the National Cowboy Museum in Oklahoma City. And...