For thirty years, Centerbrook Architects and Planners has been working slowly but steadily to build a carefully thought-out town on a hillside on the north shore of Long Island, thirty-five miles east of Manhattan.

It is a village for science.

They started out working on Cold Spring Harbor Laboratory under the tutelage of Executive Director James Watson, well-known for his work with DNA and the double helix. Since he retired, they’ve partnered with his successor, Bruce Stillman. Over the years, they’ve designed about 40 buildings, the newest of which is called Hillside Laboratory.

Its six buildings, totalling 100,000 square feet on just under ten acres, are sunken into a hillside to create vistas of the river and open up outdoor courtyards.

“This is where molecular biology started in the ’40s and ’50s,” said Jim Childress, FAIA, one of three project architects on the new lab. “It’s still one of the key centers for theoretical research. It’s just for thinking.”

He and his associates, Bill Grover FAIA and Todd Andrews, AIA, sited the campus on top of a hill, so that researchers can see across the harbor. They placed infrastructure underground. And they deliberately made an effort to resist the look and feel of a grand plan. “We didn’t want architecture with a capital ‘A,'” Jim said. “We wanted an eclectic mix of buildings. We wanted them all to get along. And we wanted great spaces in between.”

Think of Assisi, or Essex, or any of the small towns on the west coast of Ireland. The team pursued the idea of open space outside because it wouldn’t work inside. The researchers, Jim said, go through their entire careers thinking through problems. “They spend their time here in the labs and then they go home or they go to the bar,” he said. “There are no grand internal spaces because they can’t afford them – and they wouldn’t use them.”

Exteriors are clad in Dryvit exterior stucco finishes, carefully mixed and matched in an historic palette of Benjamin Moore Paint colors like Peale Green, Spellbound, Townsend Harbor, Plymouth Brown, Livingston Gold, and Greenfield Pumpkin. “We chose the colors to sit quietly but distinctly in the densely treed backdrop of the campus,” Todd said.

The Dryvit was slathered on top of concrete frame and block, minimizing energy transference, yielding superior insulating properties – and saving up to forty percent. It was one of three insulating initiatives in the complex.

Because thirty percent of the buildings is below grade, each one takes advantage of a constant ground temperature of 55 degrees Fahrenheit. Rooms inside are individually heated and cooled with fan coil units, rather than central ducts. “Anyone who’s done a lot of sustainable design knows that it’s important to put the cooling where you need it,” Jim said. “It limits the amount of outside air, which is a real energy hog.”

The beauty of these buildings, though, lies not just in their sustainability, their careful siting or their classic forms. It is their careful response to those who contemplate the nature of science for a living.

“Everyone feels they can congregate, but then they can also recede and think,” Jim said. 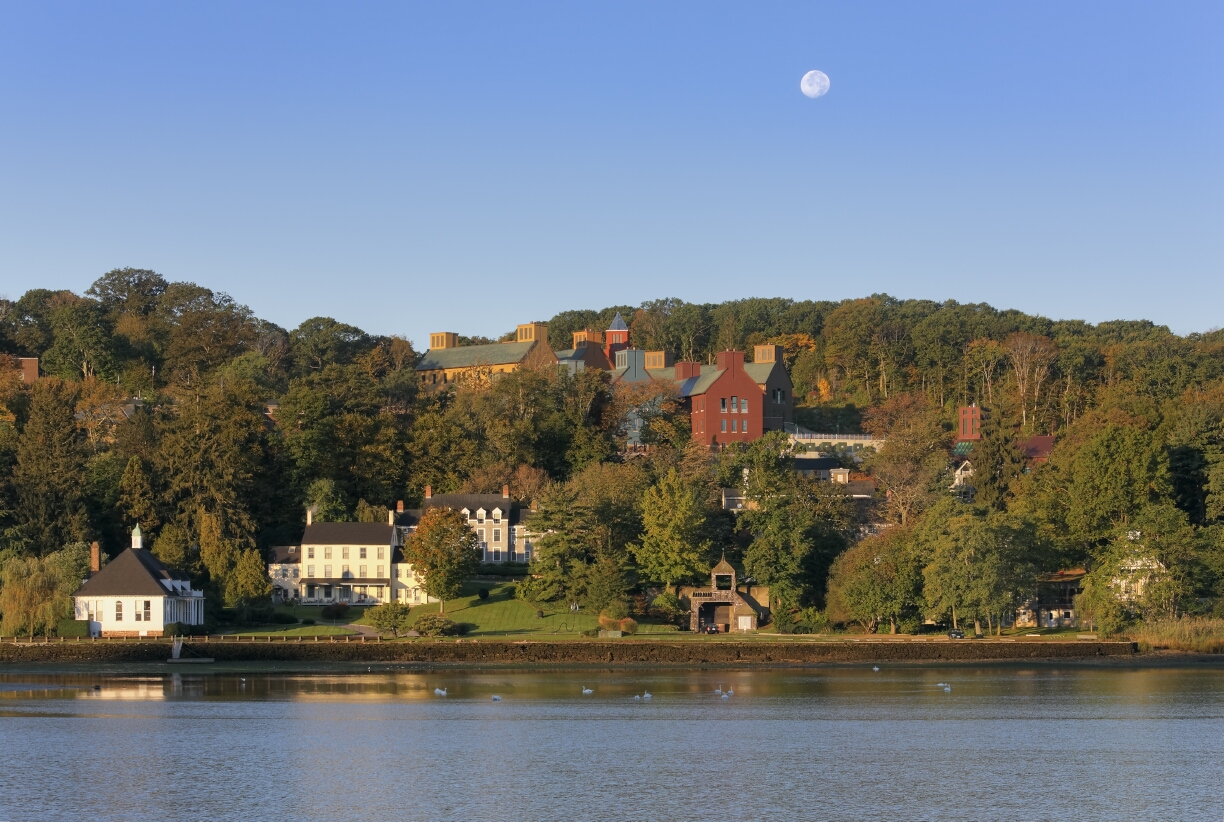 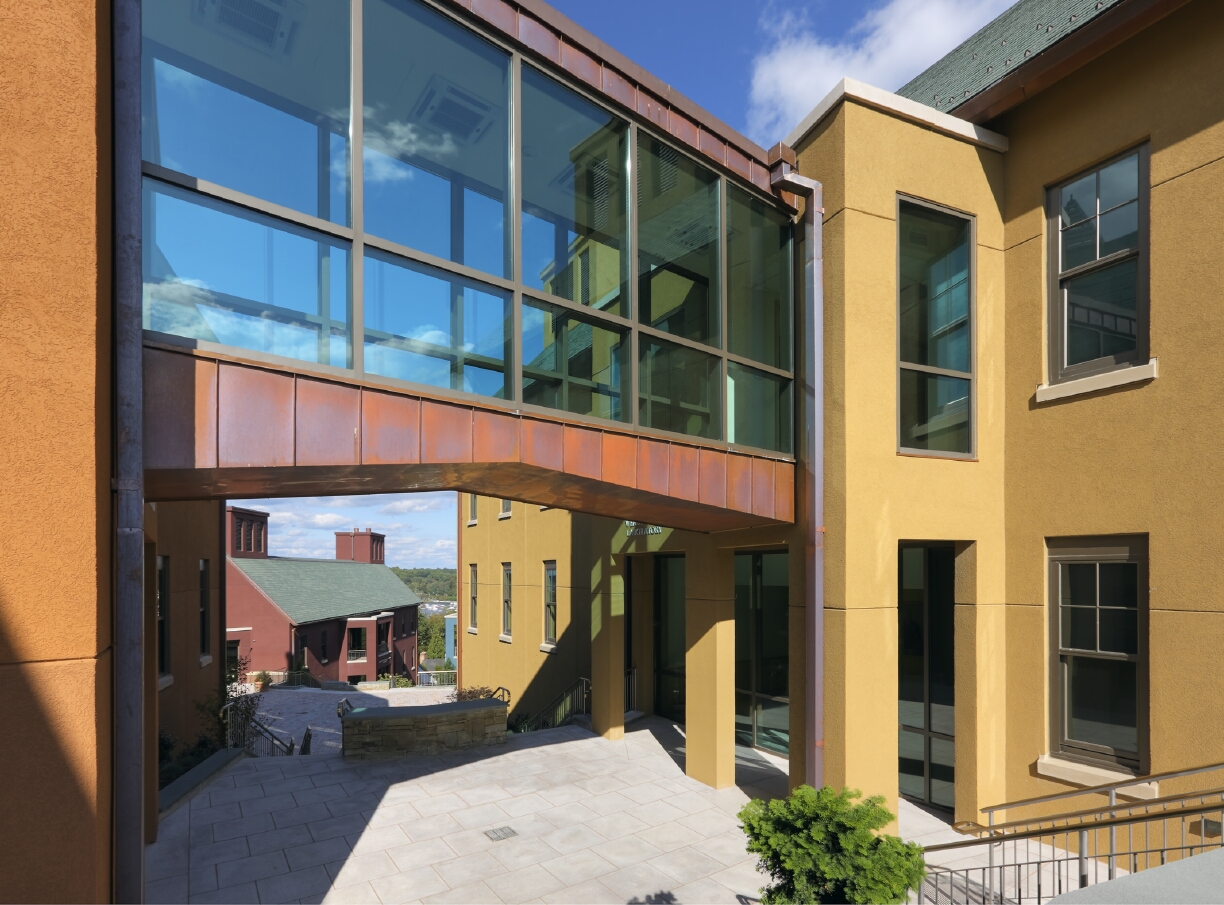 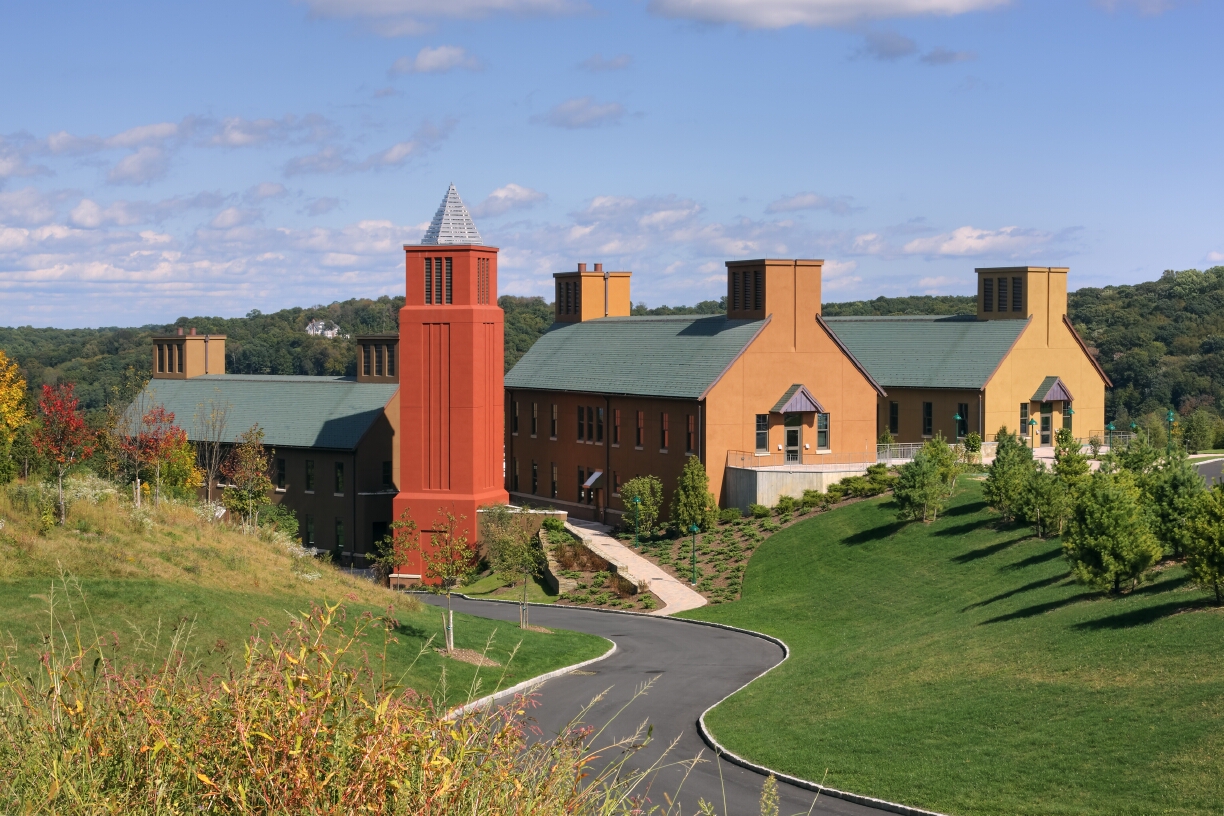 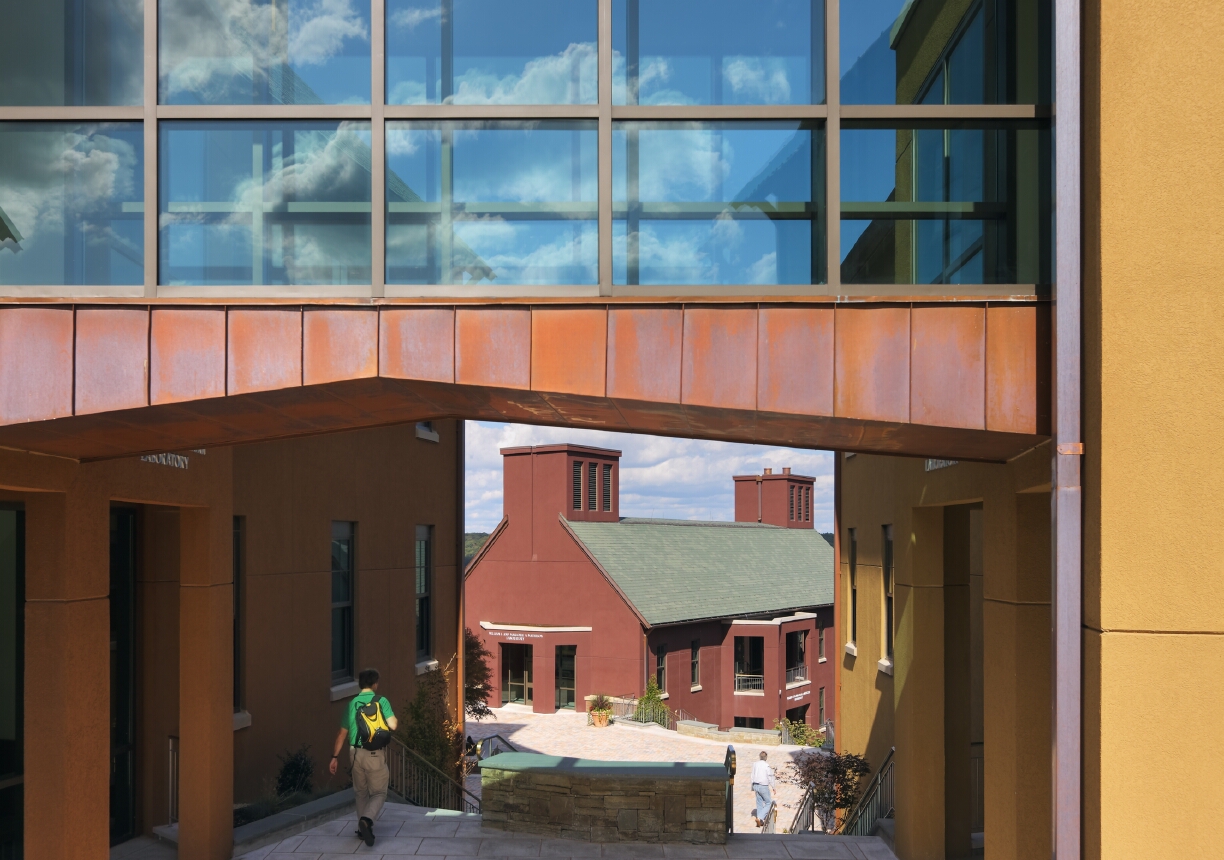 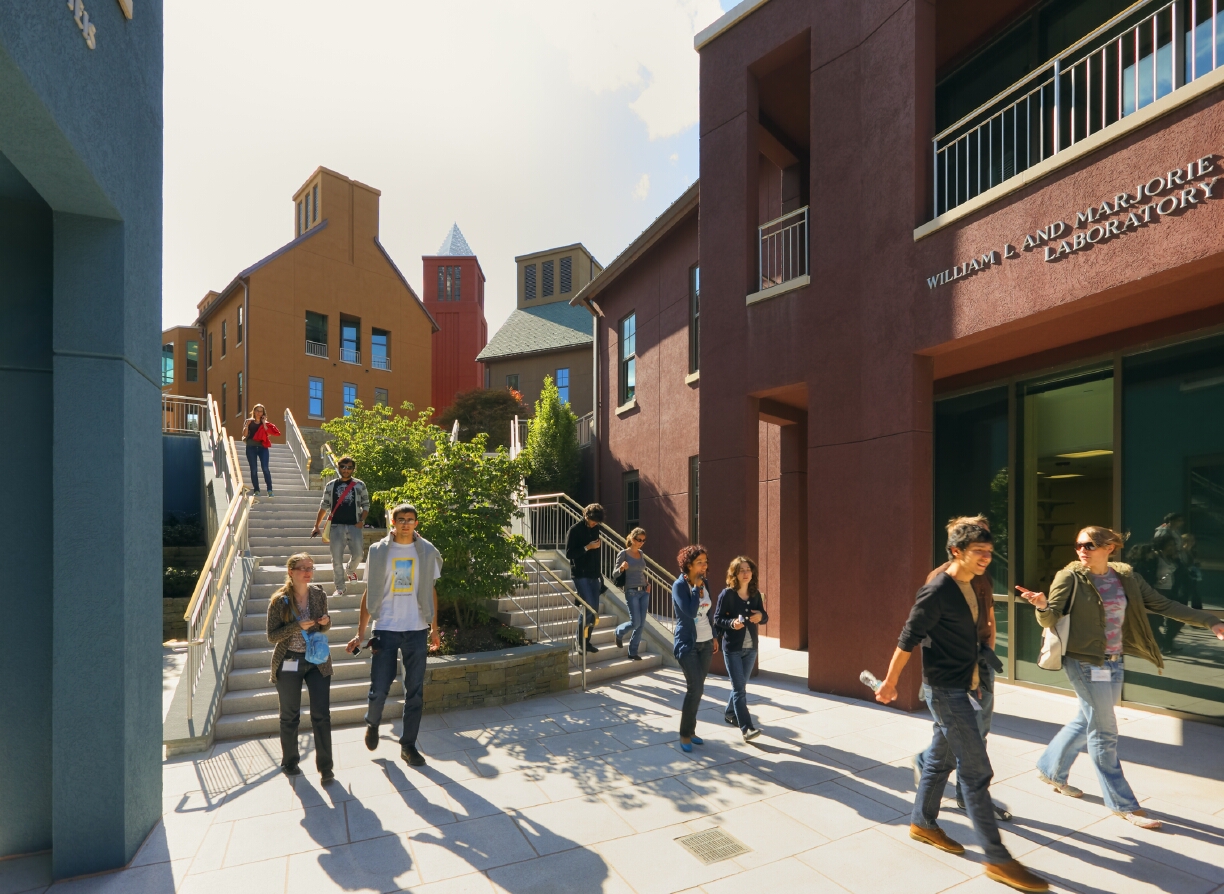 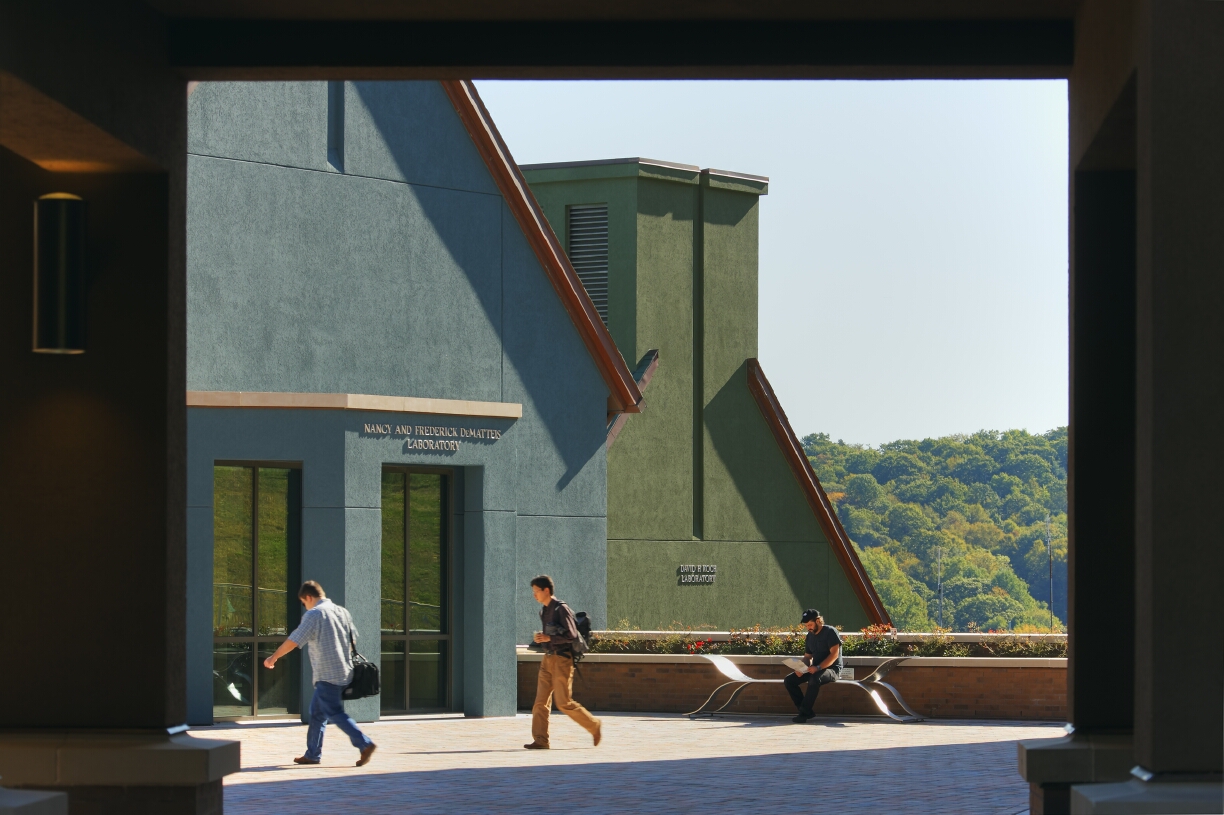 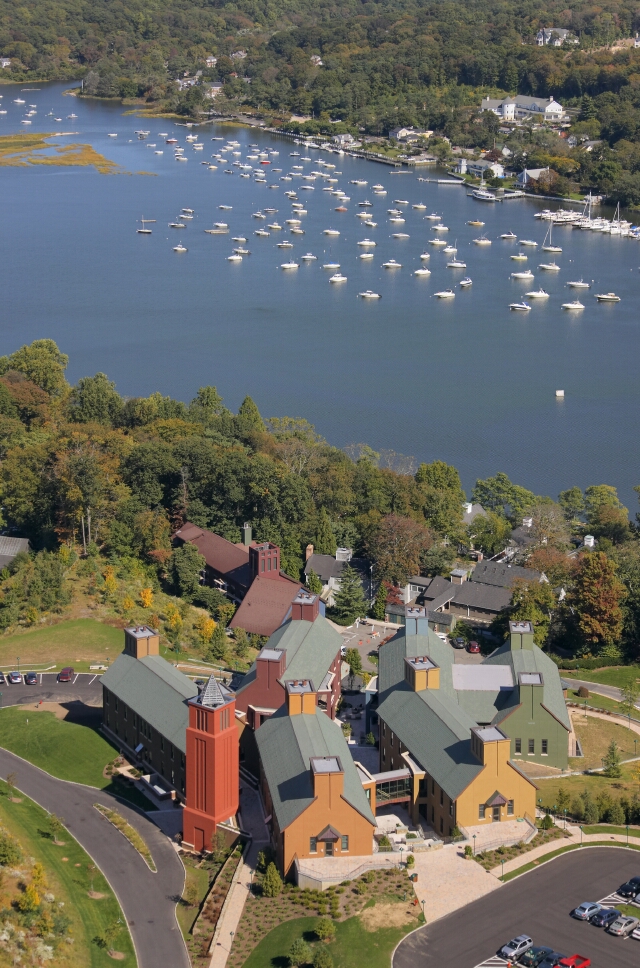 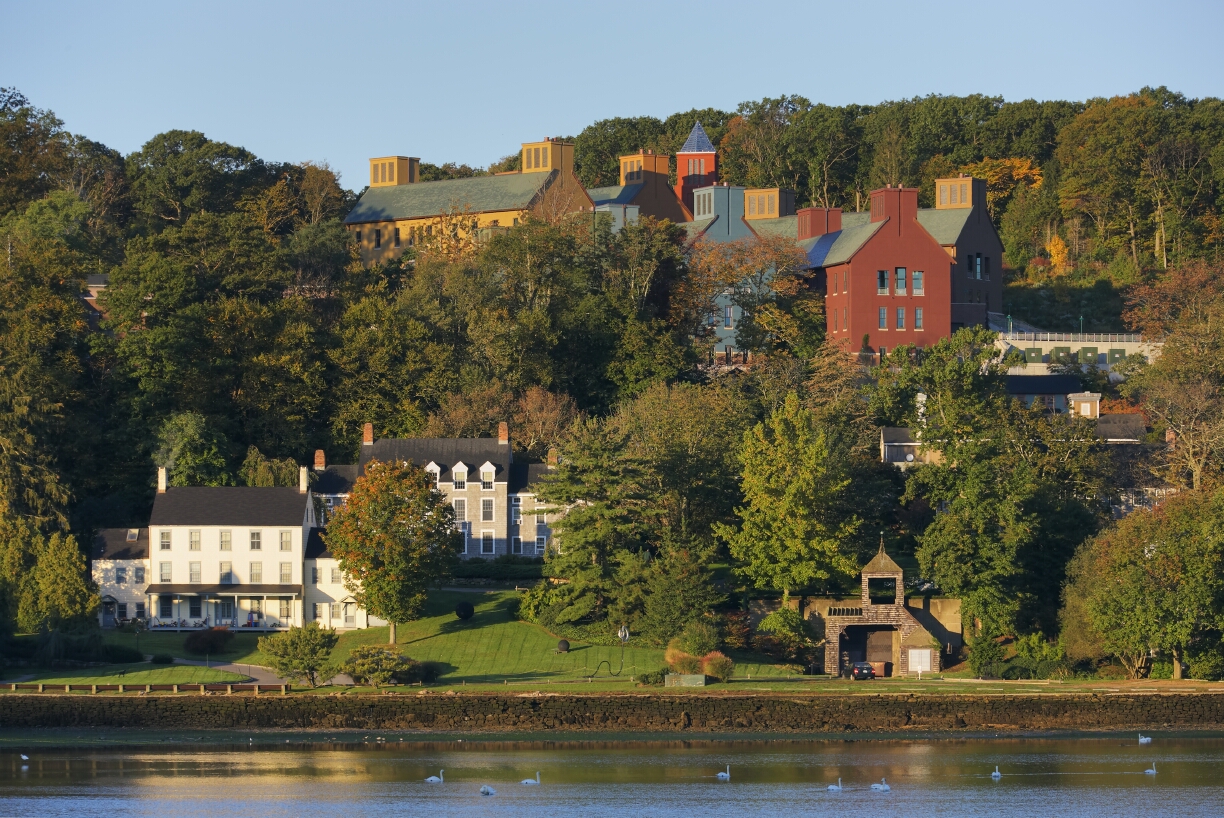 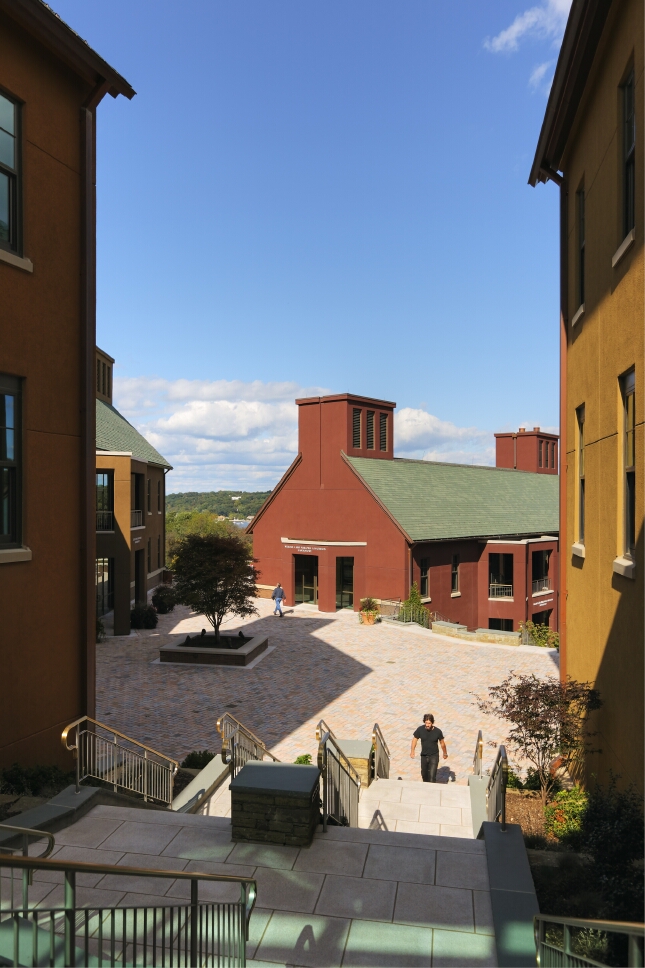 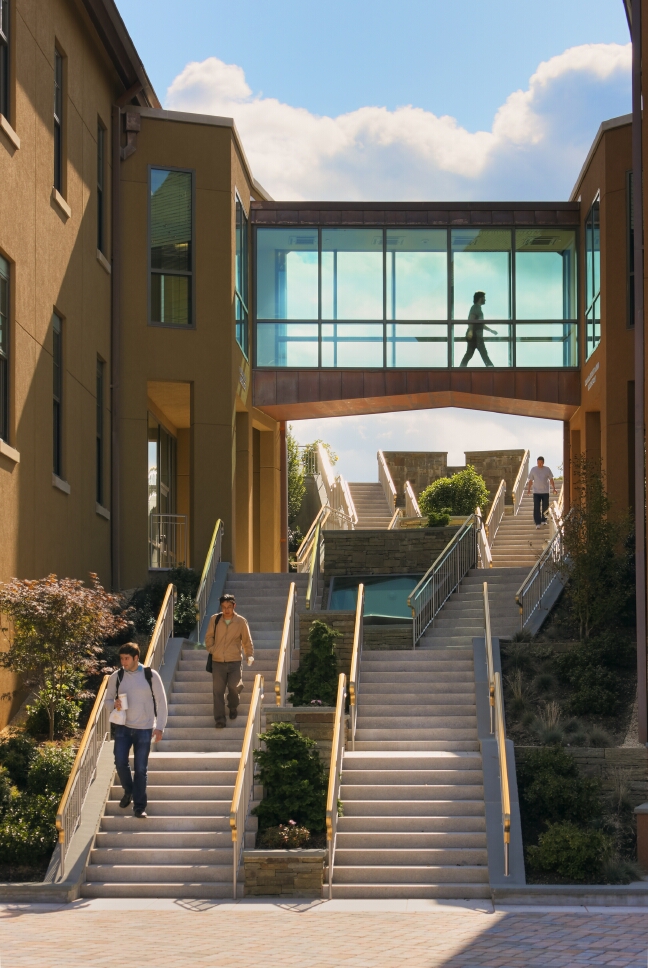 A New, Green City Designed by KPF for South Korea 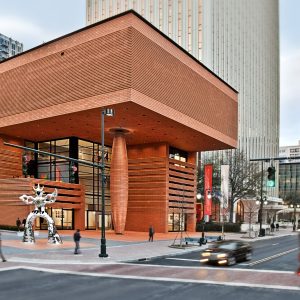 John Boyer, CEO of the new Bechtler Museum of Modern Art in uptown Charlotte, N.C. is feeling pretty good about the city's...