The assignment, says architect Erik Mehlman, was for a smart, affordable, energy-efficient home to be tucked into a tight lot in the Mordecai section of Raleigh.

And the client was willing to do whatever was necessary to achieve it.

“When we talked about shared spaces to cut down on square feet, they were all about that,” the partner in BuildSense says.

The client wanted a screened porch off the living/dining/kitchen areas. They were all to be shared spaces, so their volumes would be perceived as being bigger. They wanted two master bedroom suites: one downstairs and another upstairs, for a total of three bedrooms and an office.

“The upstairs now is used as the master, and the one downstairs is for later use as they age,” he says. “The bath downstairs has a shower plus a toilet room with a sink that opens up to the living space and serves as a powder room. “It saves space — and also saves a toilet.”

He made the little 2,200 square-foot home green too, by orienting it properly toward the sun, with a tight thermal envelope, a geothermal heat pump, and systems for a future solar array on the roof.

It snugs right up to its neighborhood and its site.  The Mordecai section of downtown Raleigh is populated mostly with early 20th century homes in a variety of styles, most of them one or one-and-a-half stories.  This one’s profile is similar, with a simple gable roof, but a form that says it’s contemporary.

And it takes advantage of a grade that drops off considerably.

“The site slopes six feet, so we chose a tuck under garage, made of precast panels,” he says. “The basement and garage are fully insulated for a shop with a long work bench.”

And it’s user-friendly inside, with light-filled volumes and nice views. Four-panel sliding doors open out to a modest screen porch that doubles the size of the living room and dining space.

With a gold rating from the National Association of Homebuilders, it’s efficient all the way around. 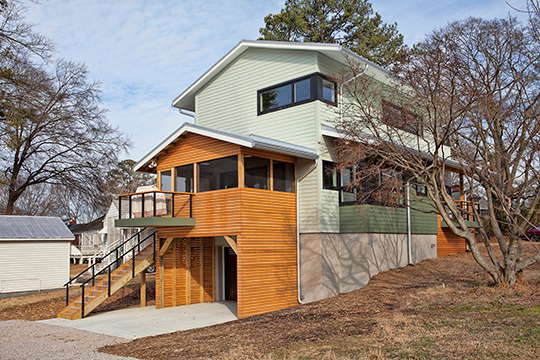 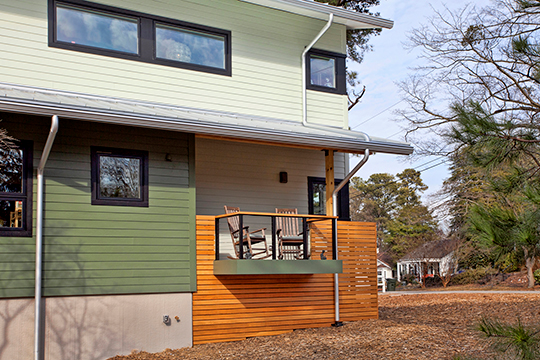 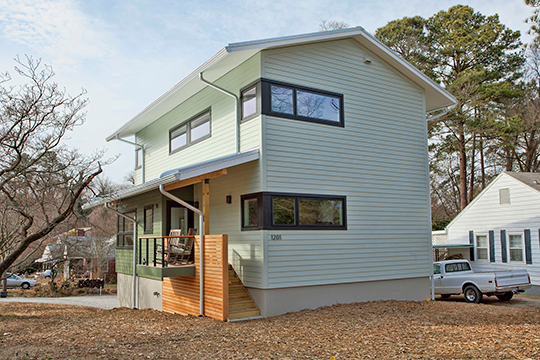 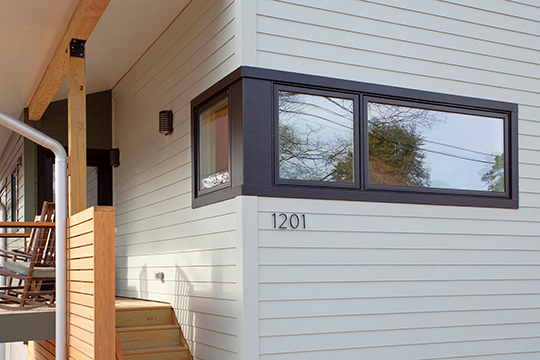 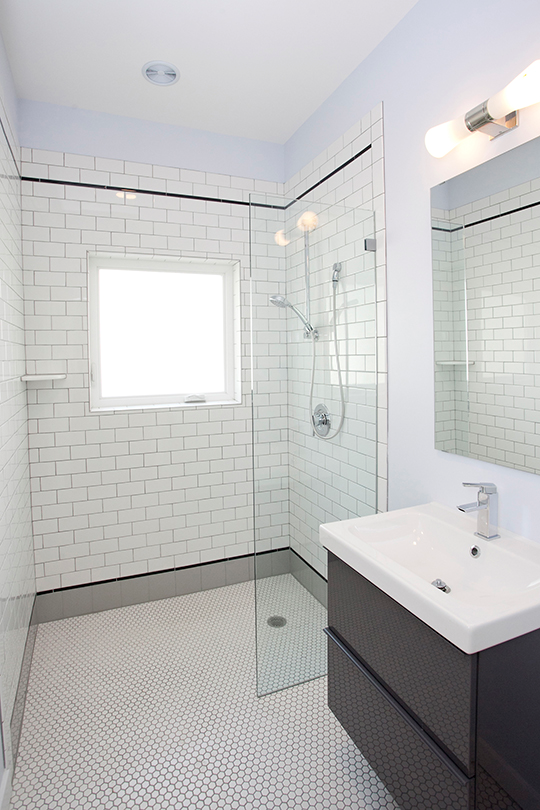 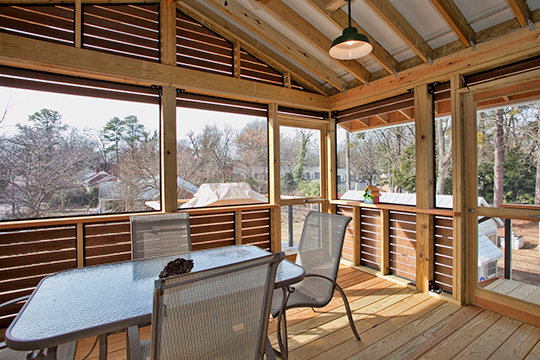 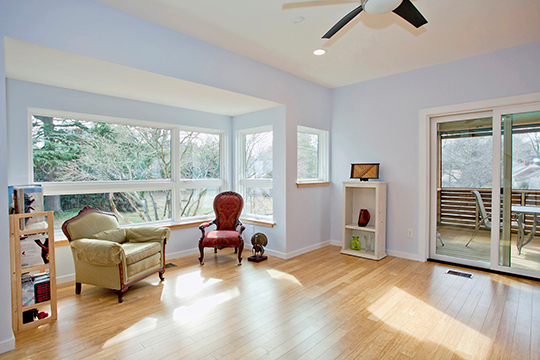 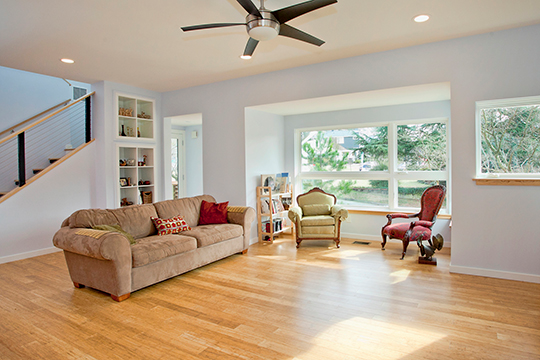 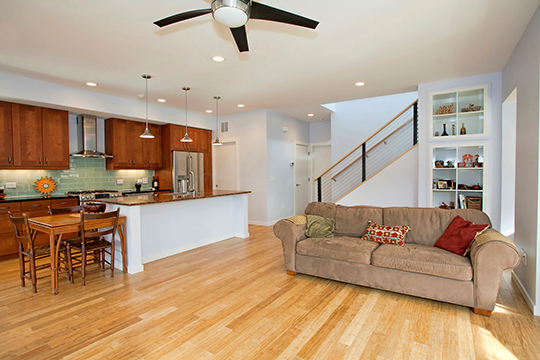 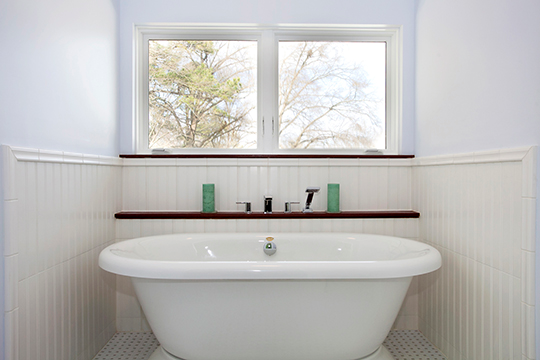 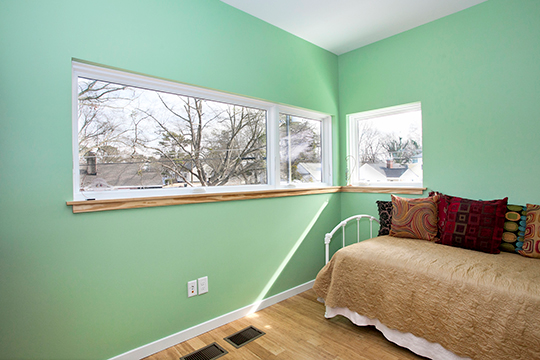 How to Illuminate The Elements of Style

Richard Jolley and the Cycle of Life

How to Illuminate The Elements of Style

Illustrator Maira Kalman has created covers for the New Yorker, illustrated blogs for The New York Times, and develope children’s...