A 15-year run as an actor in New York came to an abrupt end in 2000 when Michael Curry awoke in the middle of the night with an epiphany about a mosaic and a dining room table.

He’d been working at night in “Cabaret” on Broadway, his days free, and was creatively antsy. He’d recently taken over an apartment from a friend who’d left behind an old table. It was scheduled to go out the door the next day.

“I woke up and had this epiphany to tile it – it was like: ‘Mosaic!'” he says. “That table not only got me started doing mosaics, but now it serves as my work bench too – it’s what I create everything on.”

He arranged to spend a day in training in Manhattan with a master of Venetian glass who gave him a mountain of material. “The pile he gave me had every color in it – it must have been about $3,000 worth of glass. I think he was glad to help, but to get rid of it too.” He selected tiles in black and gold and turquoise, along with some earth tones.

Working to inlay a Greek key pattern into the table, he finished it and never looked back. He started making mirrors and wall sculptures. Soon he began to cut the glass and make his own tiles. Today he’s taken the functionality out of his projects, preferring to create works of art for the sake of their beauty.

His sculptures deliver a calming effect and a Zen-like quiet to those who own them, he said. “I live in a very cosmopolitan environment. It’s truly a jungle out there, with a lot of noise and chaos. But when you come into your home, you want to leave all that behind. You want tranquility.”

His sculptures achieve that by imparting a sense of nature and the properties of water through a painterly combination of cathedral glass and mirrors. “I love to deconstruct things and assemble them in a way that depends on the relationship between light and glass.”

After 15 years of performing in New York, Japan and Korea – Michael Curry says he’s seen the light. “I finished that table, and I was bit!” he said. 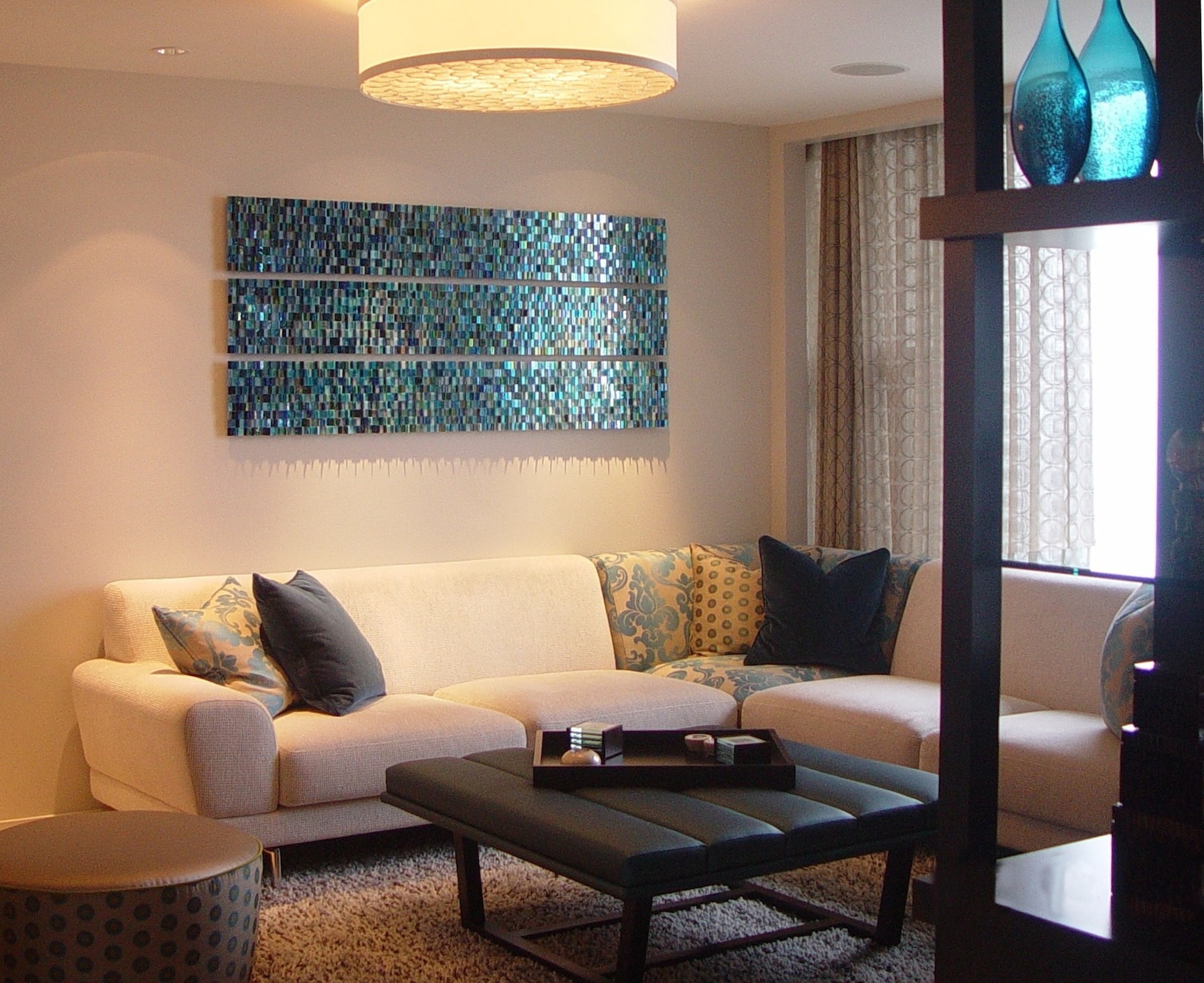 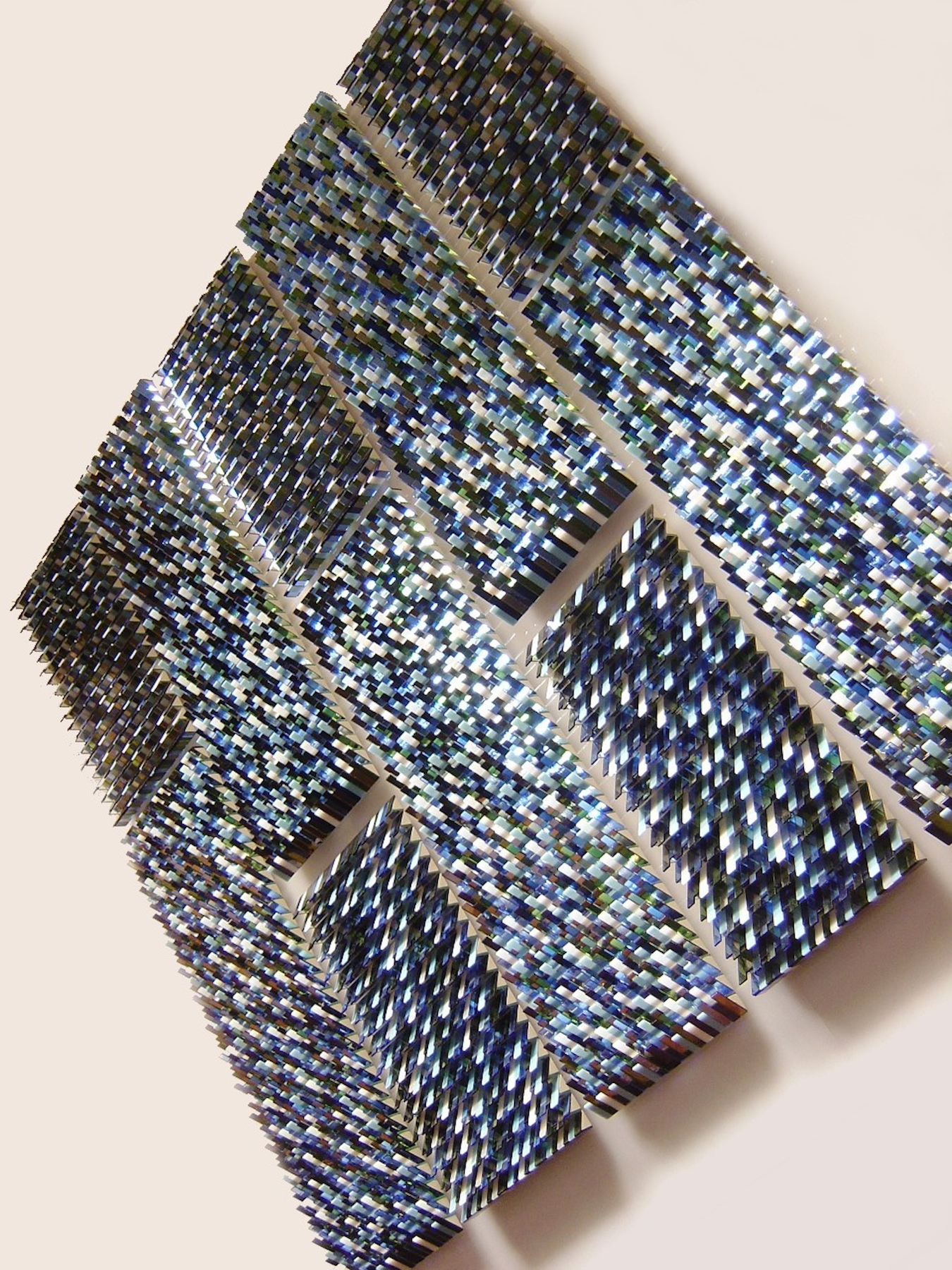 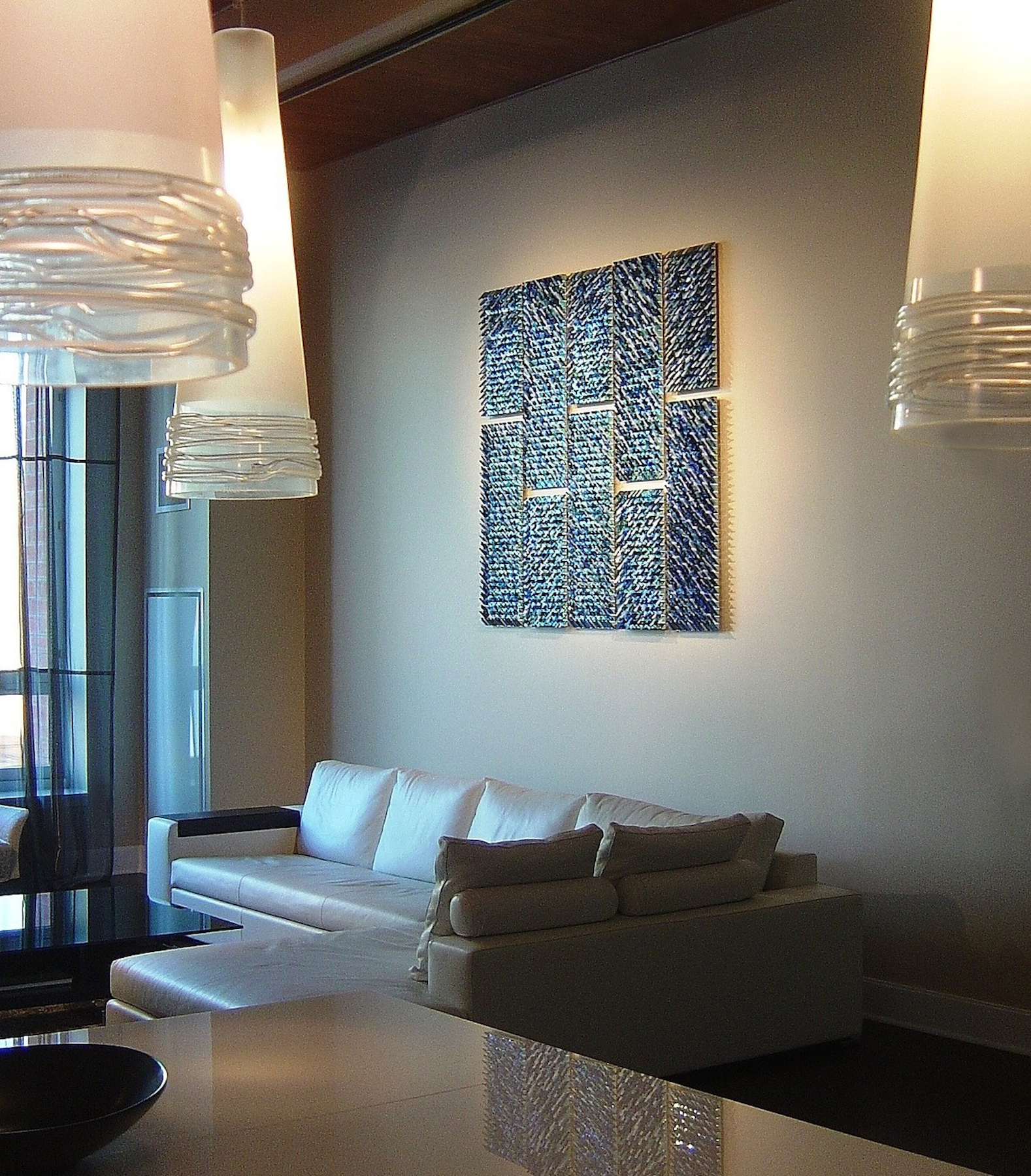 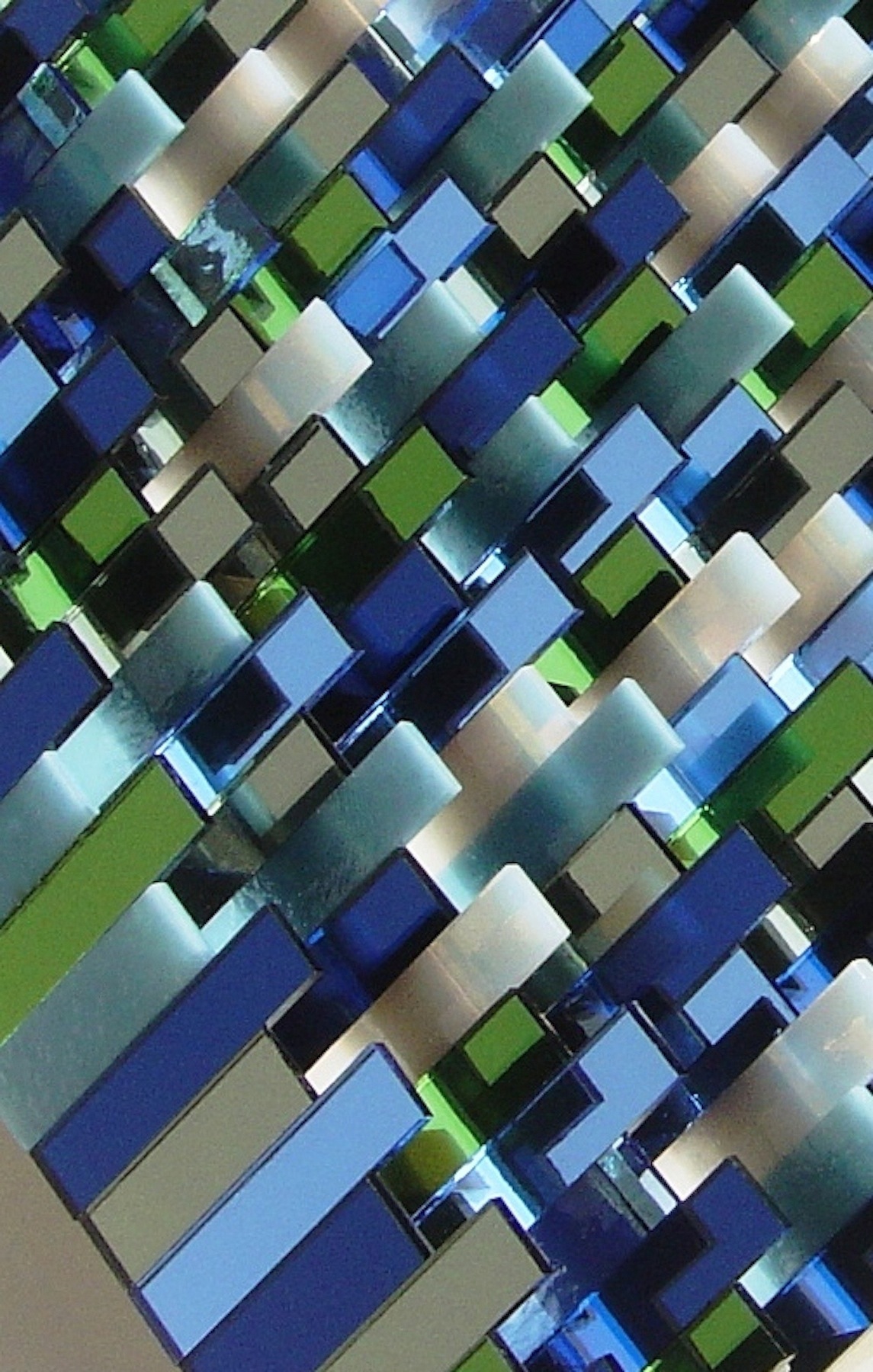 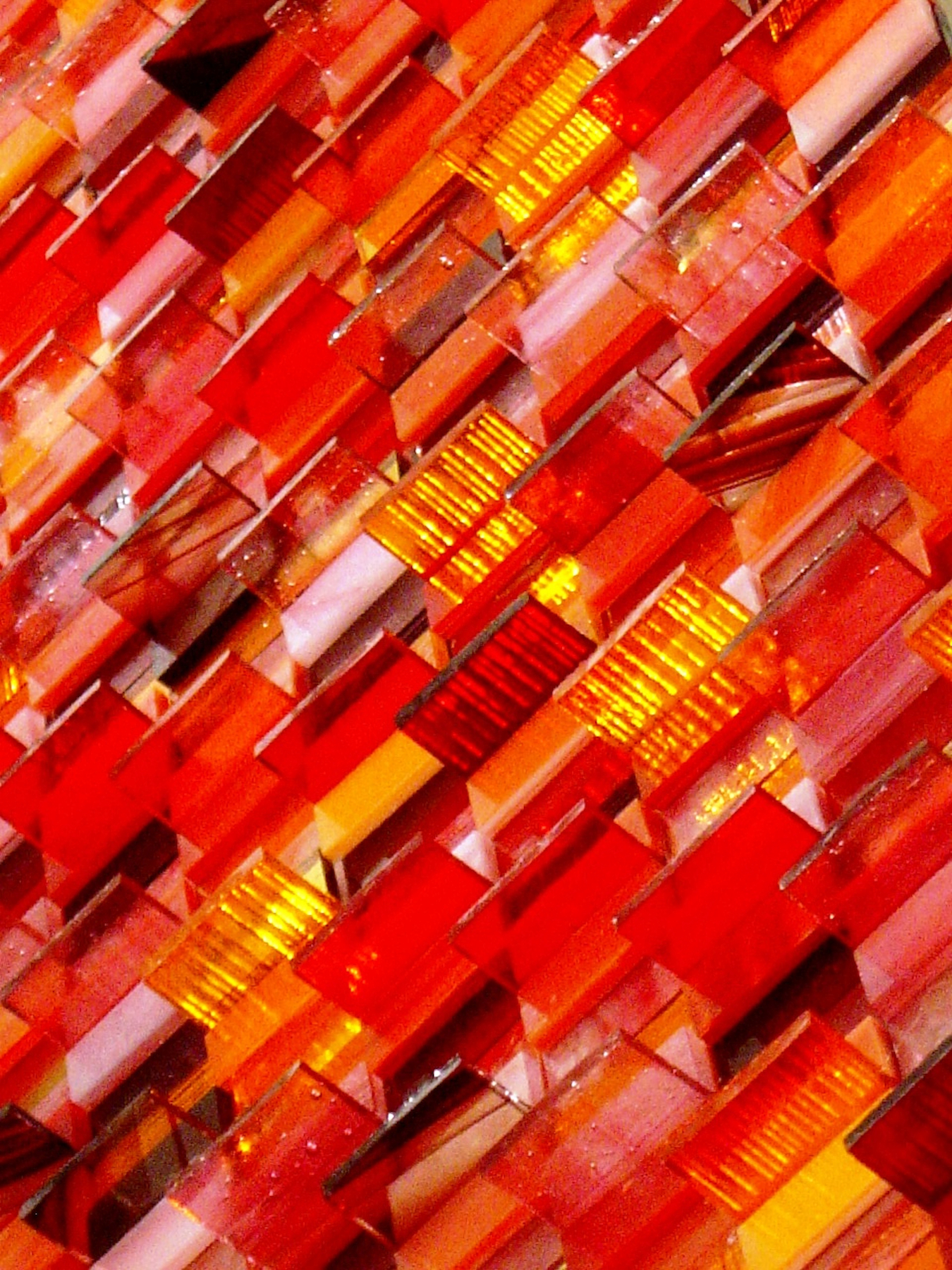 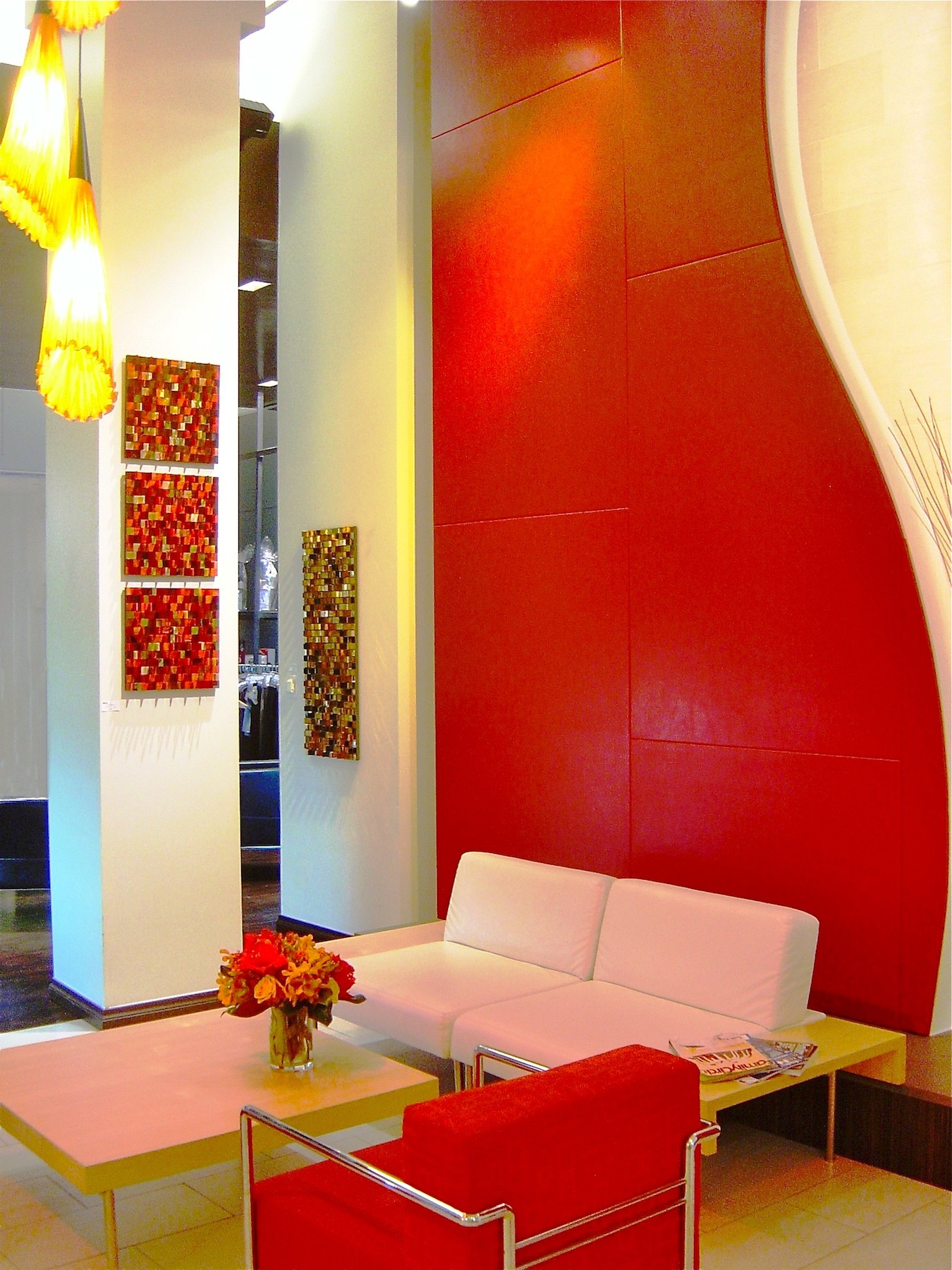 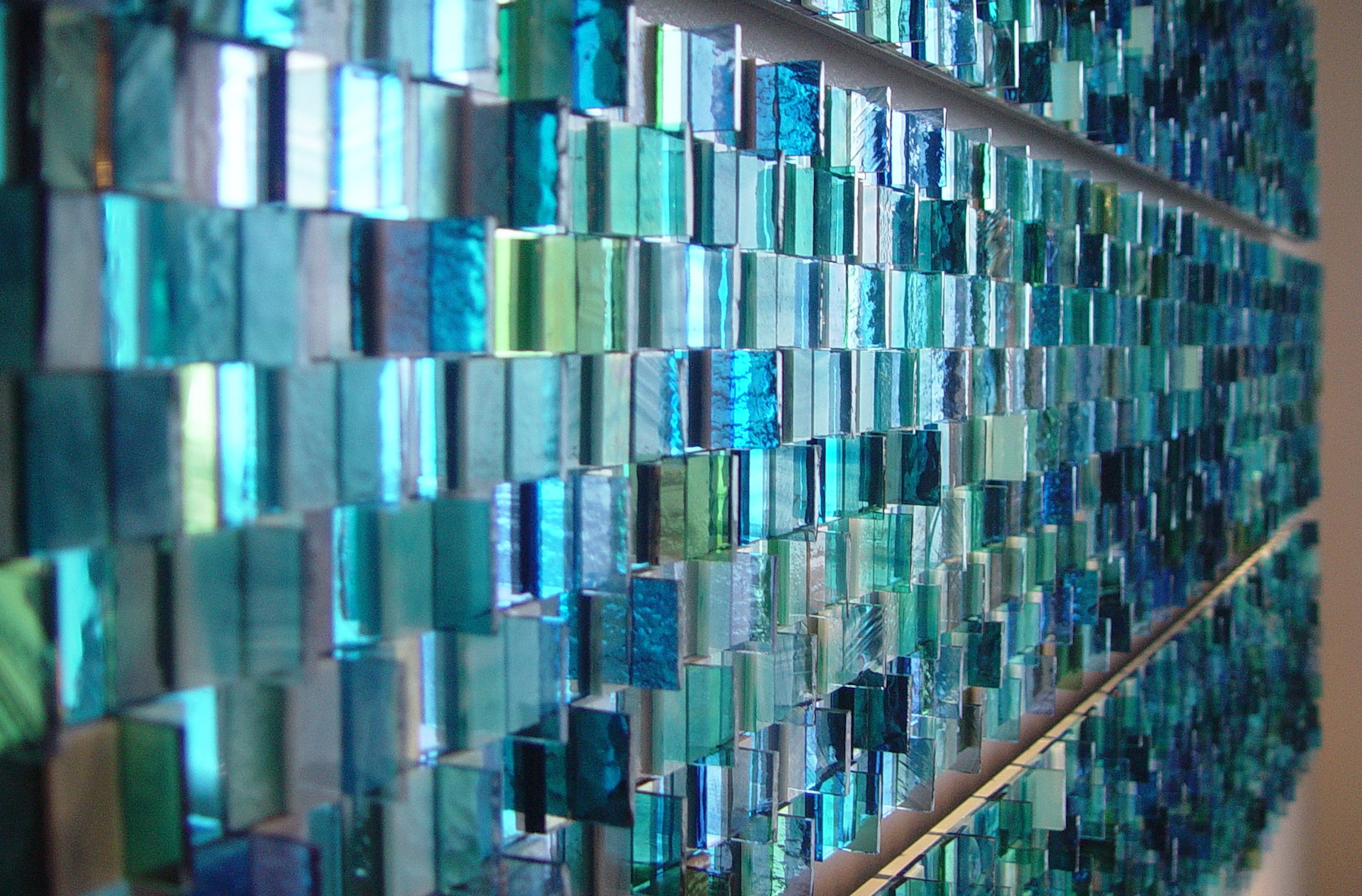 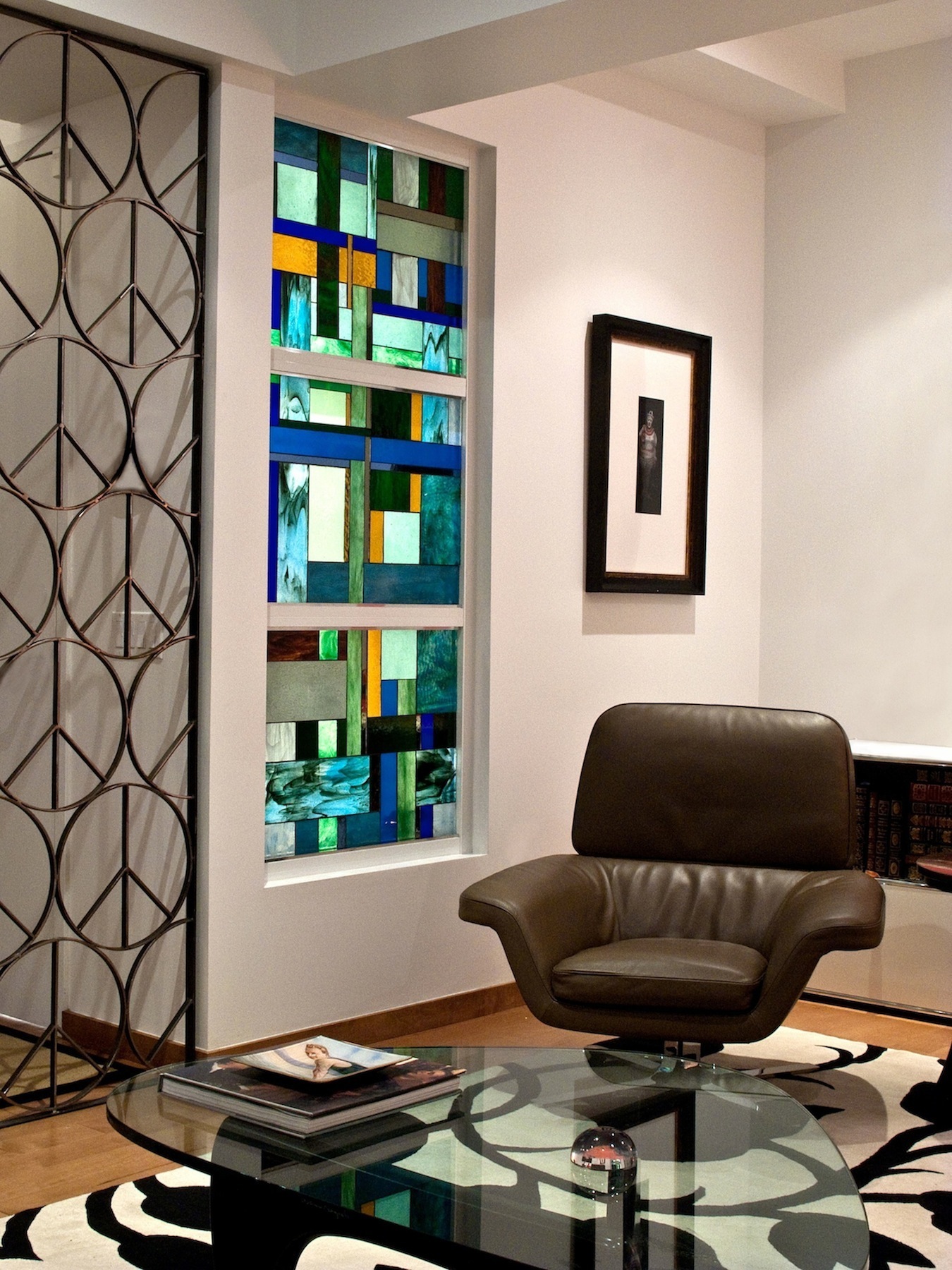 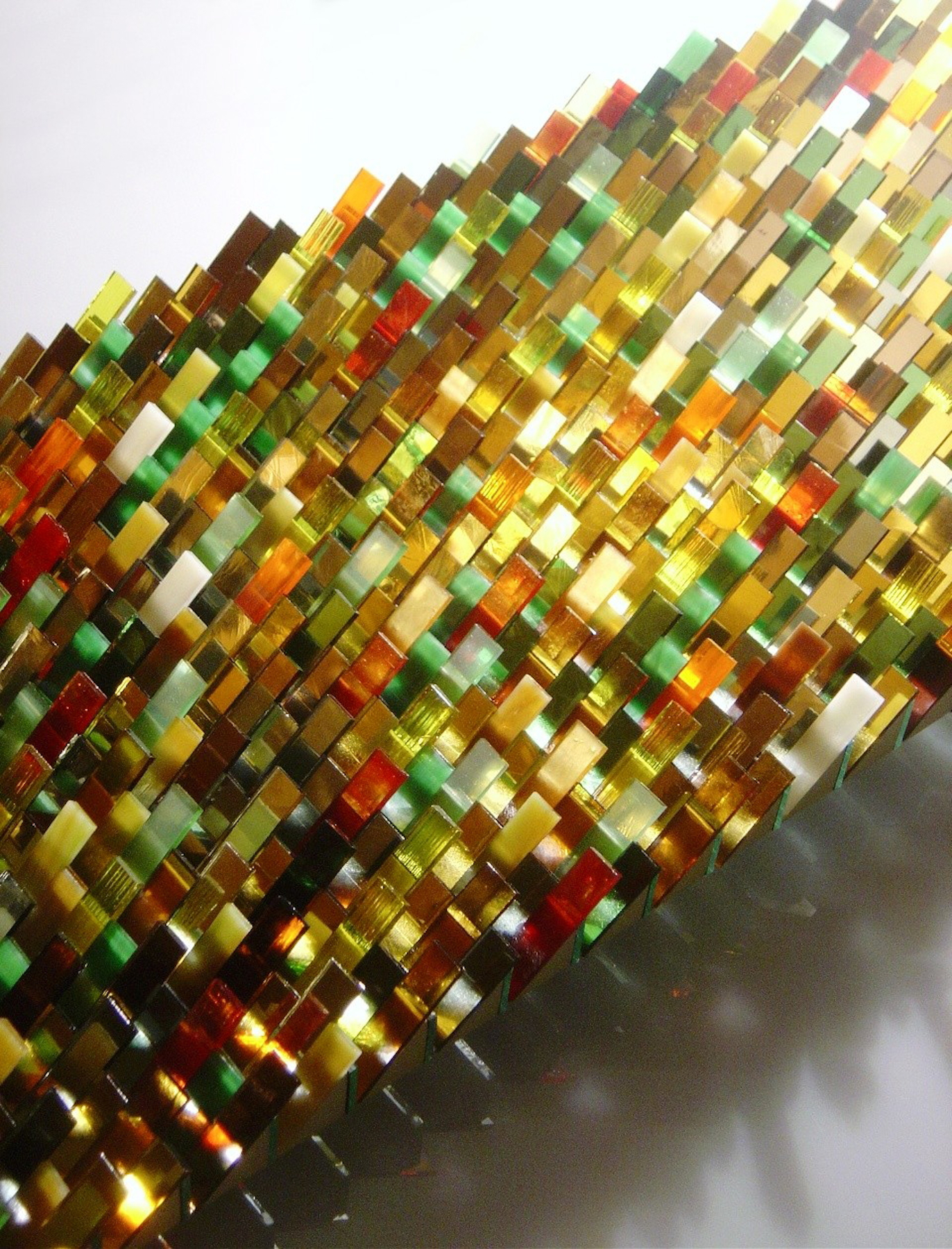 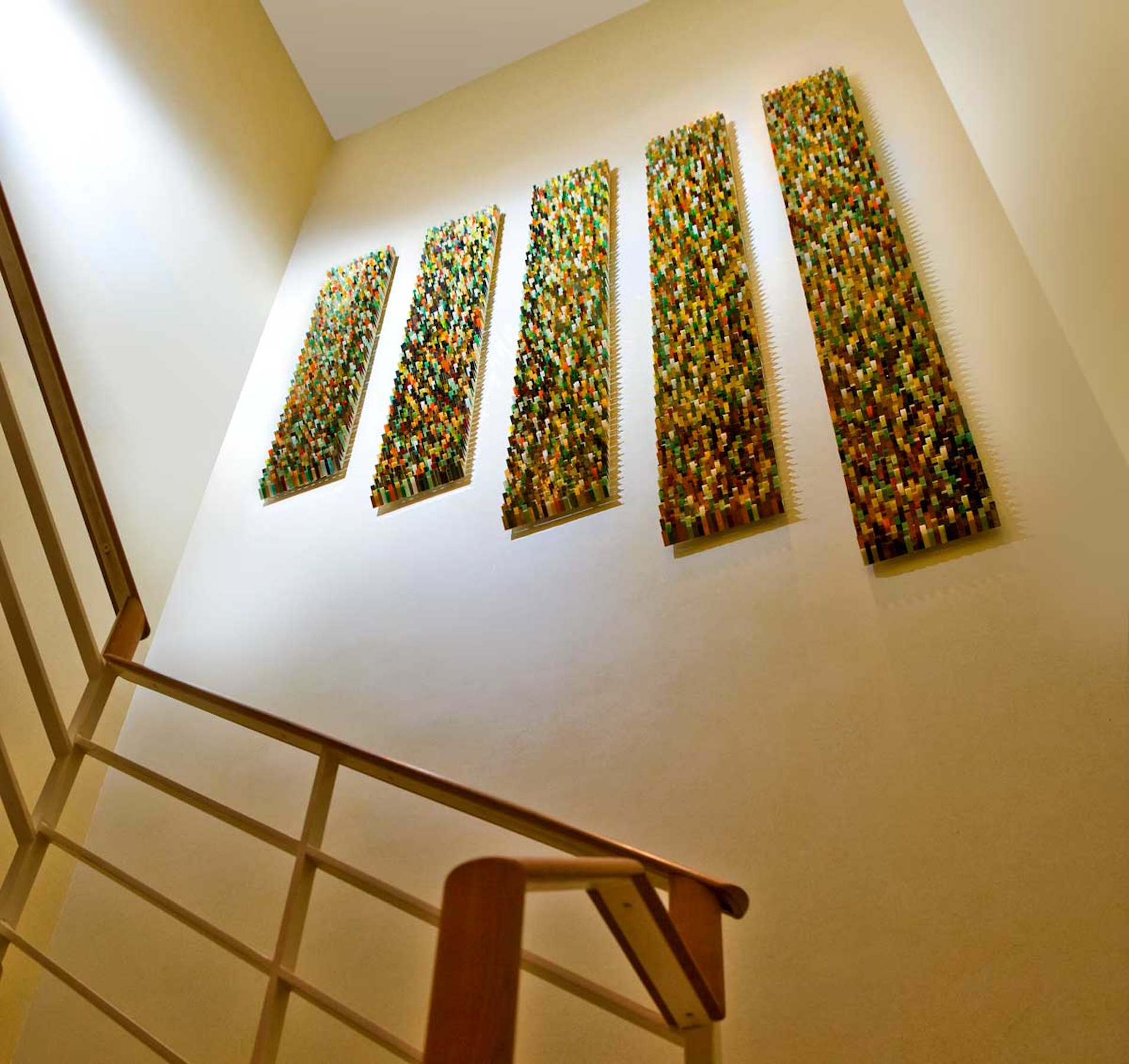 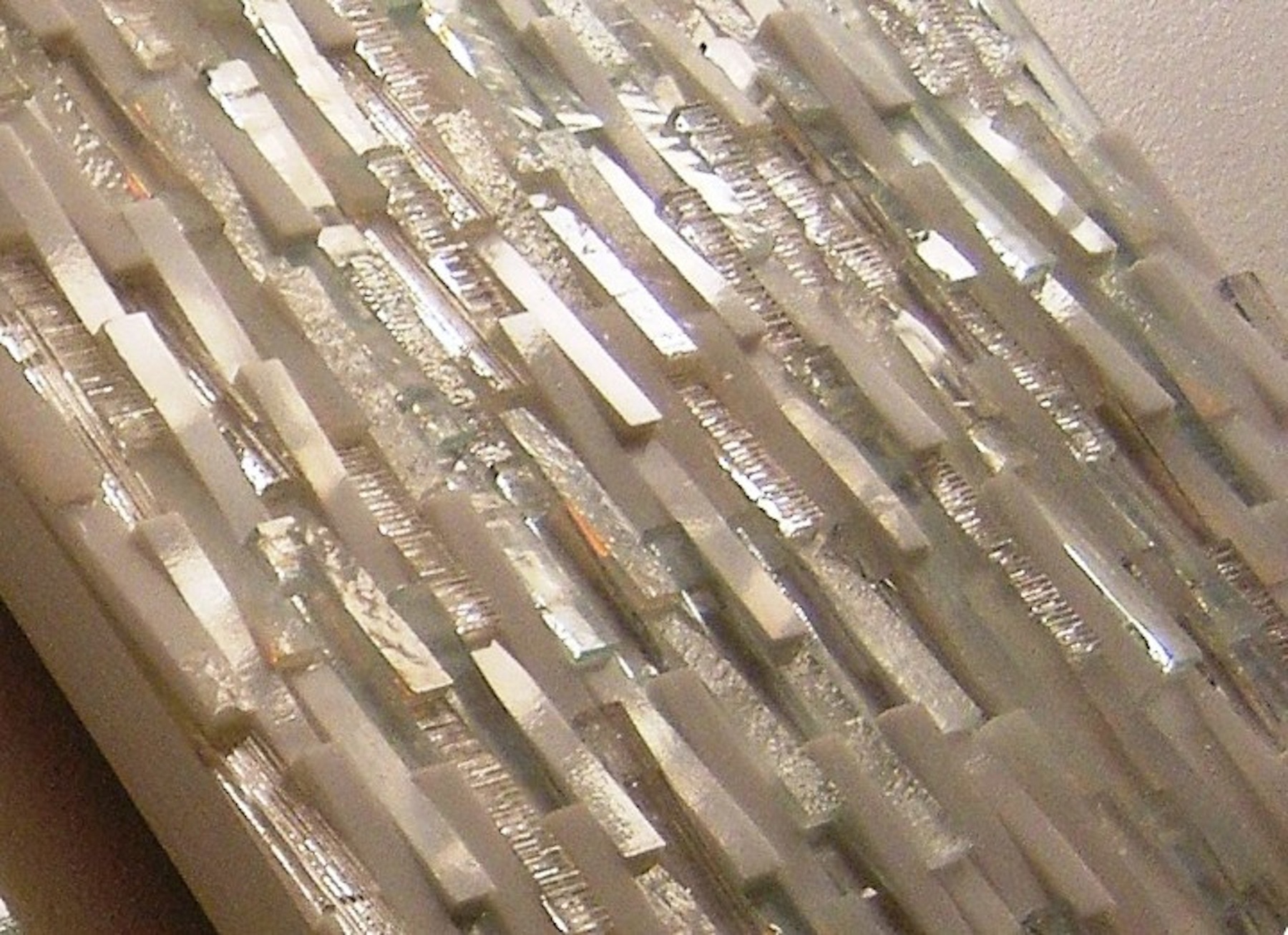 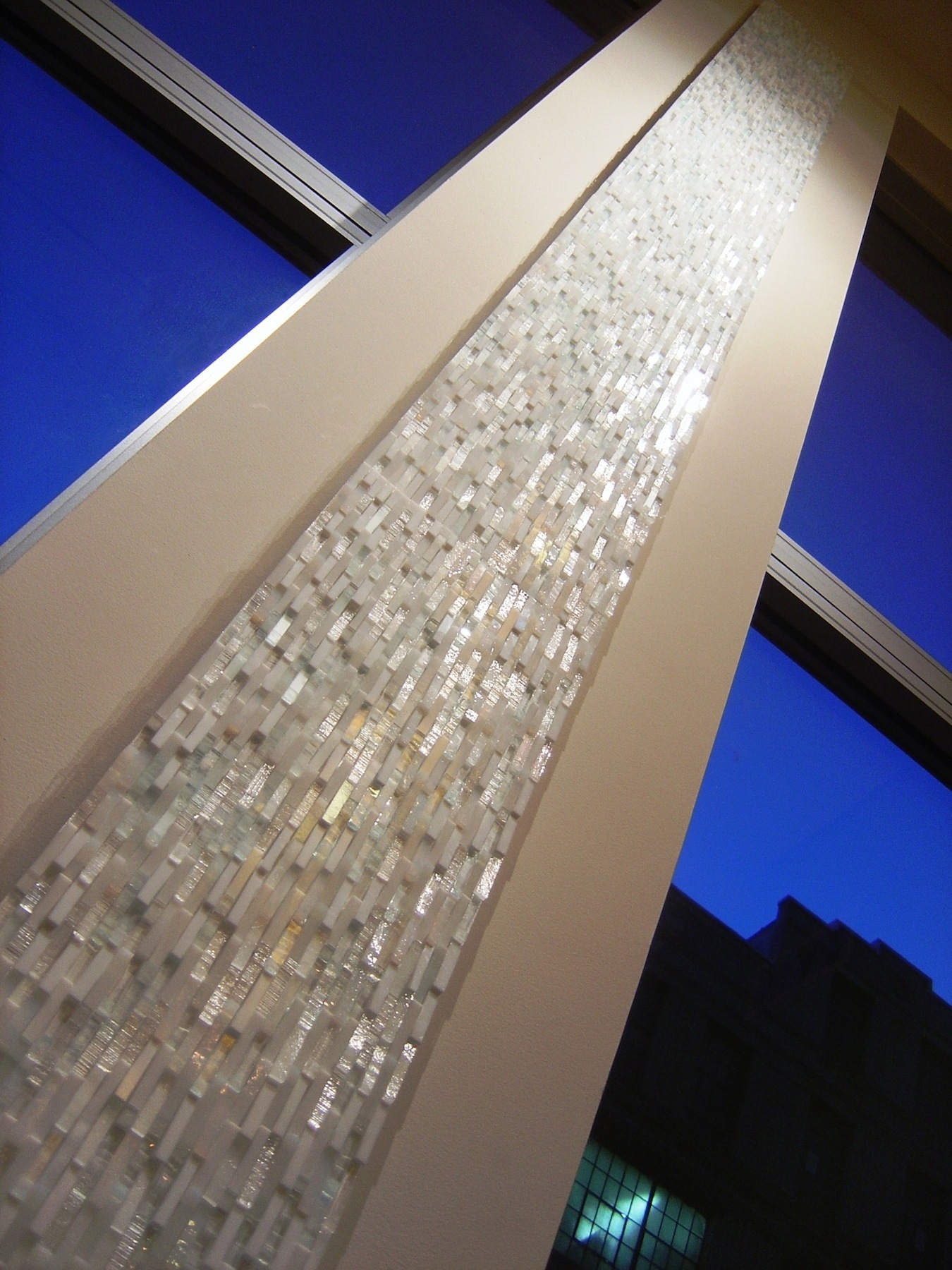 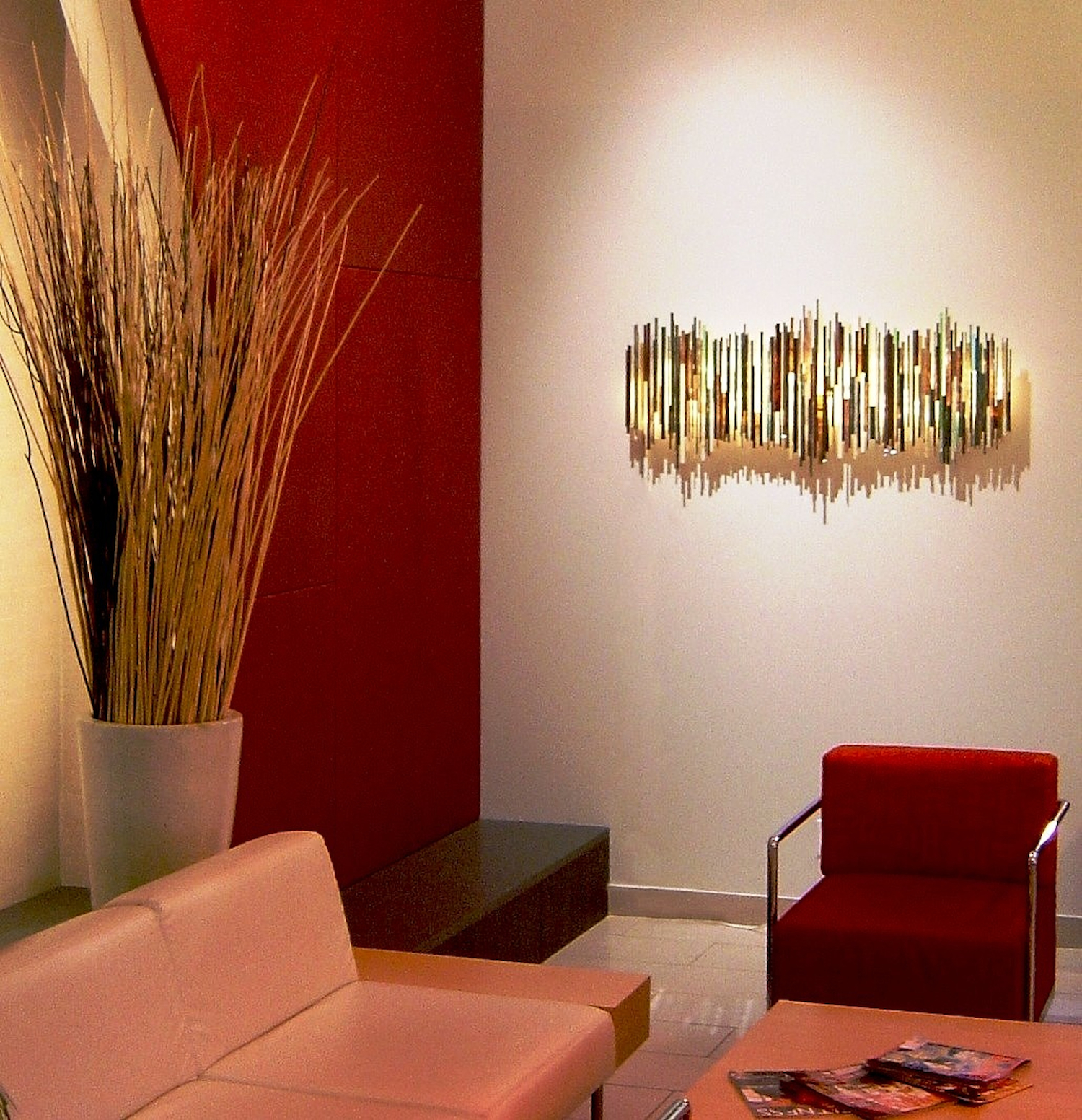 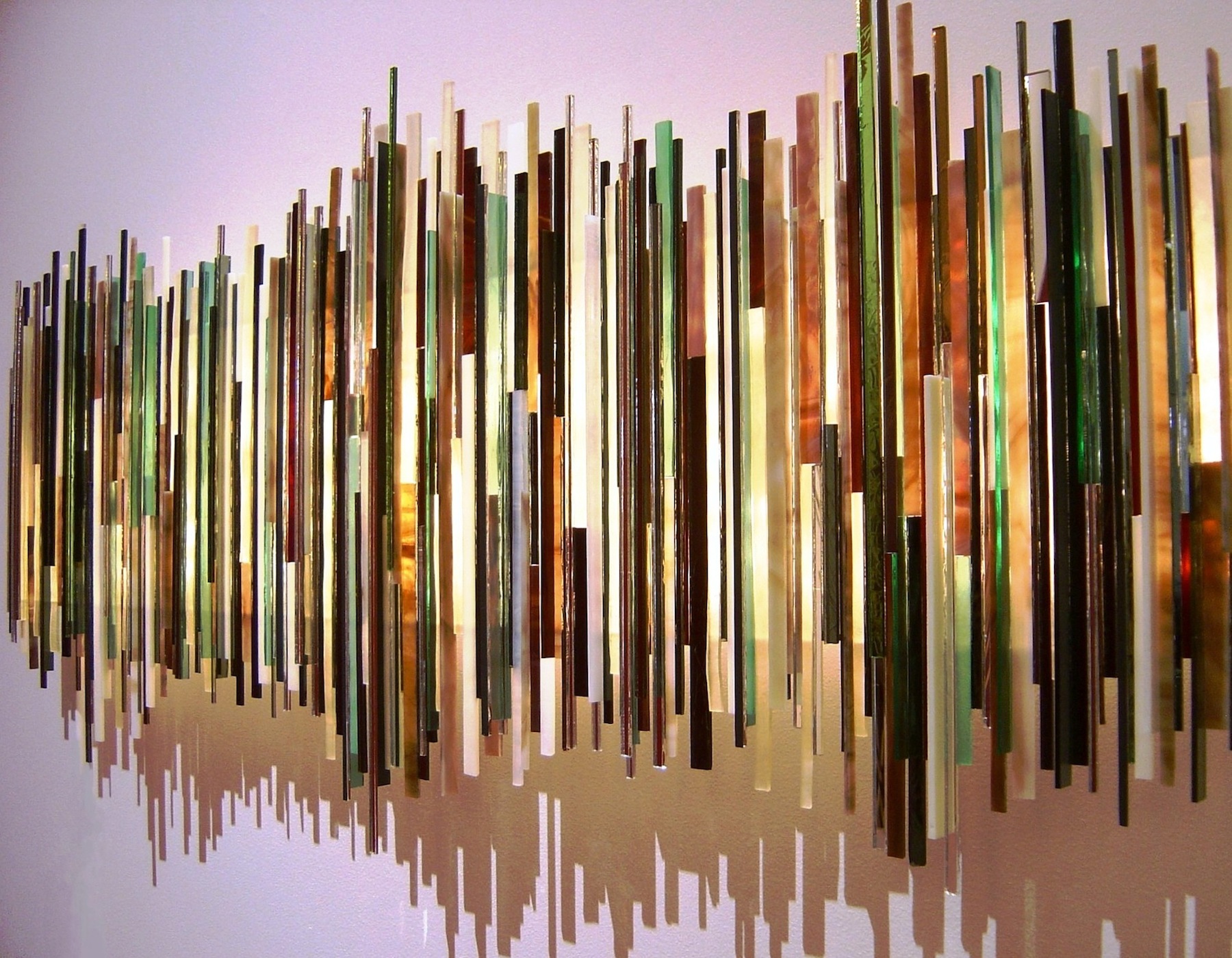 What a great story! I love the unique, wonderful things you find for A&A and am adding it to my own blogroll. Keep up the great work.

The artwork is amazing & the story inspiring.

Beautiful work with a lovely backstory!

This is a wonderful story, and exquisite work. The artists perspective and experience is such an interesting aspect of the process. It’s wonderful to see these stories come to light on your blog. Will keep following! 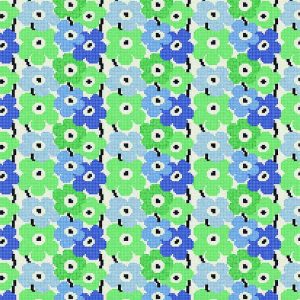 Marcello Becchi remembers his days as a child when he’d walk into a toy store with his parents and see things that they...