Sukkah City, to be released March 24 by First Run Features, takes a 67-minute look at an competition to design and build sukkahs, the huts that are part of the Jewish holiday of Sukkot.

“It’s very much about the creative process of architects,” he says. “This film is an opportunity to experience how these structures were born and what the artist tying to communicate and where the impulse came from.”

In 2010, architect best-selling author Joshua Foer began to build his first sukkah, the small structure that Jews build and dwell in for a week every fall. But he wanted to move beyond the store-bought version, into something new. Or actually, something old.

Foer discovered that while the Bible outlines the basic parameters for what a sukkah should look like and how it should function, it leaves  plenty of room for variation and interpretation.

“The purpose is to remember the four years of wandering in the desert, and to tap into the idea of temporality and homelessness,” Hutt says. “A rabbi proscribed the rules for the structure: it’s at least two and a half walls so you can see the stars at night, with more shade than sun.”

Foer hit upon the idea of a Sukkah competition among architects and artists, with a challenge to design and construct 12 of the structures. The design community responded with 600 entries. A jury selected 12, which were fabricated across New York City, and assembled in Union Square Park.

“Each structure is about architecture taking the rules and one aspect and expanding on it,” he says. “They looked at the rules and said: ‘What can we do with them and create  something perfectly new and different?”

One was covered in homeless cardboard signs; another is in the shape of a bubble, with an oculus to frame nature from within. But all are innovative takes on an ancient tradition.

“What this competition wanted to do was to say: ”Okay, most people are just creating a box on their back porches, so what are we not thinking about?” he says. “What was the purpose and why do we need to do this  – what do we need to experience and feel and think as a result of this?”

The answers are in Hutt’s film. 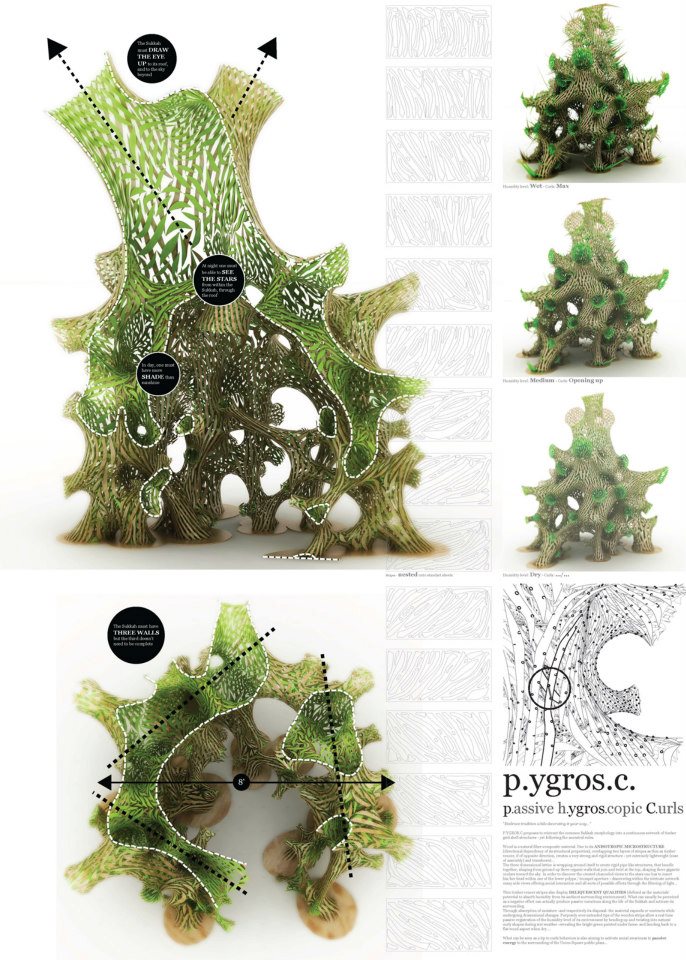 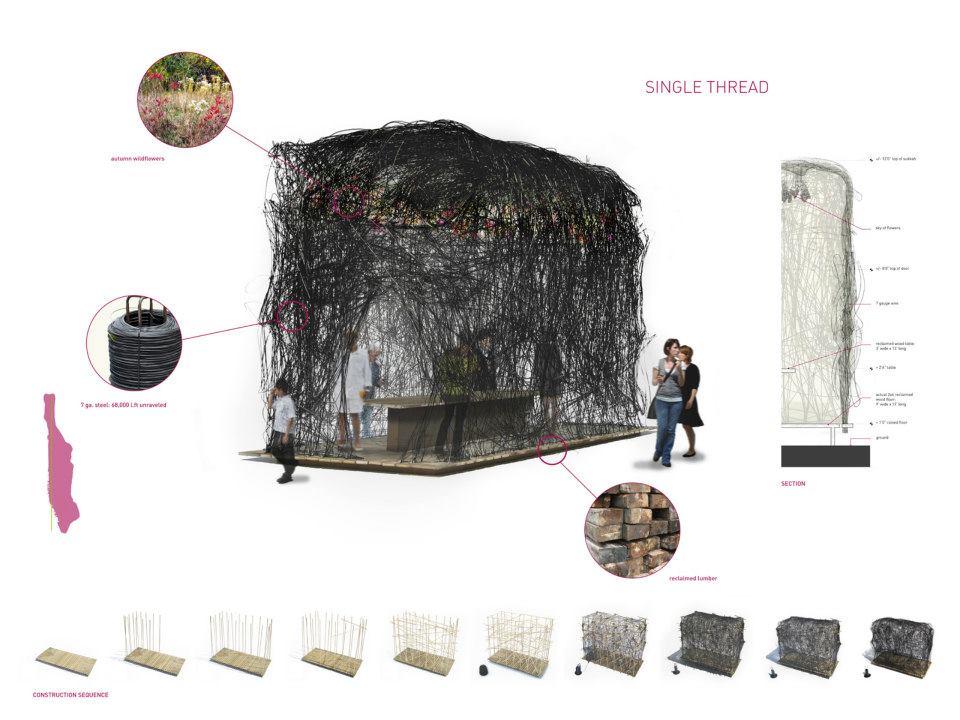 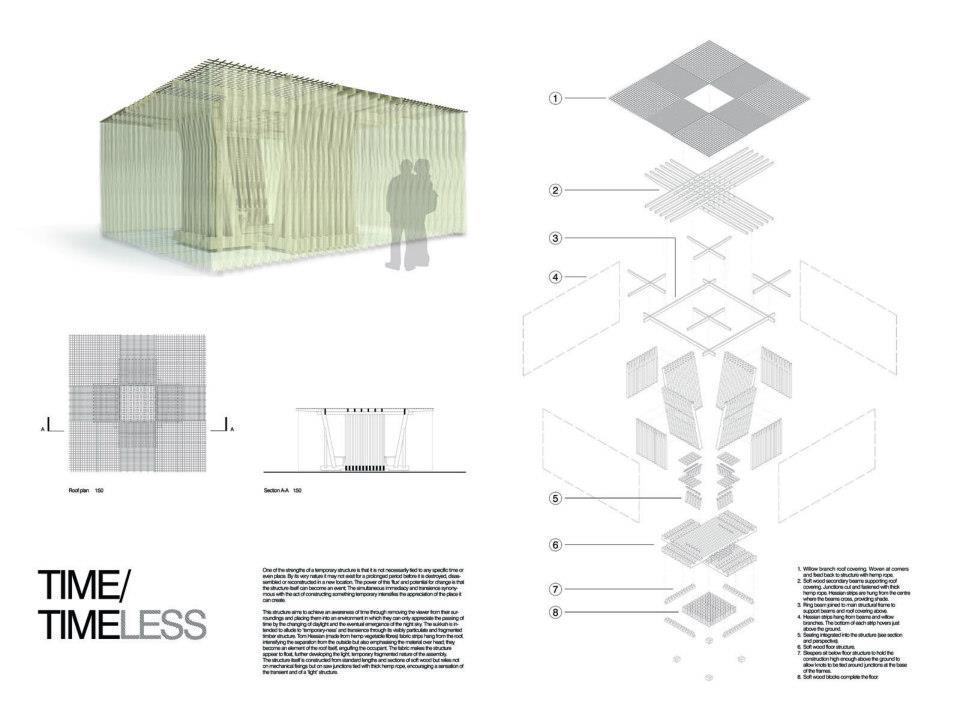 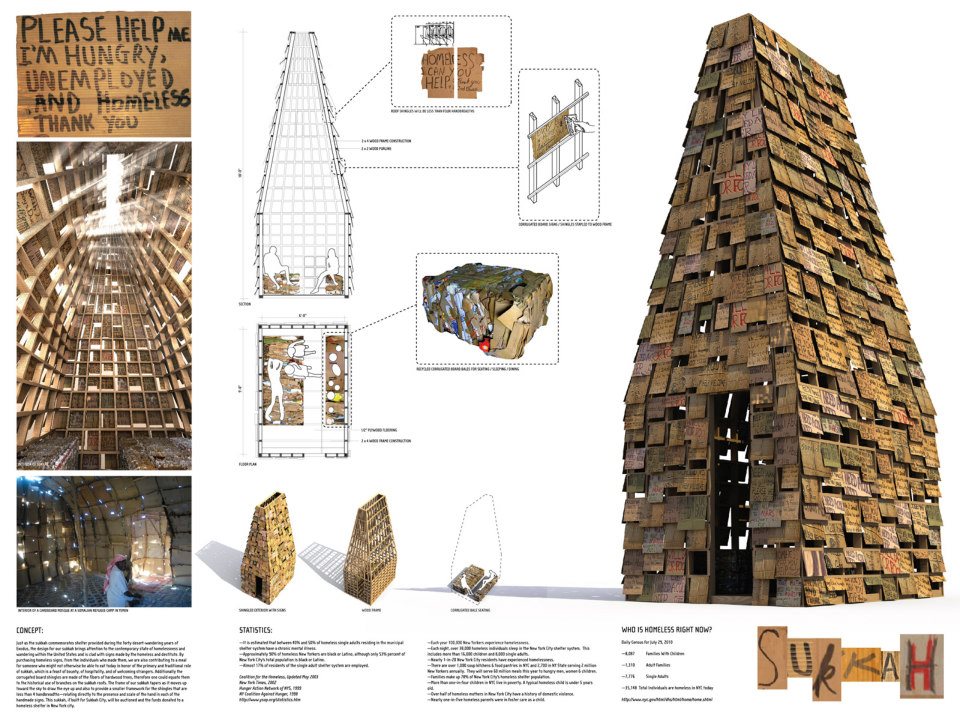 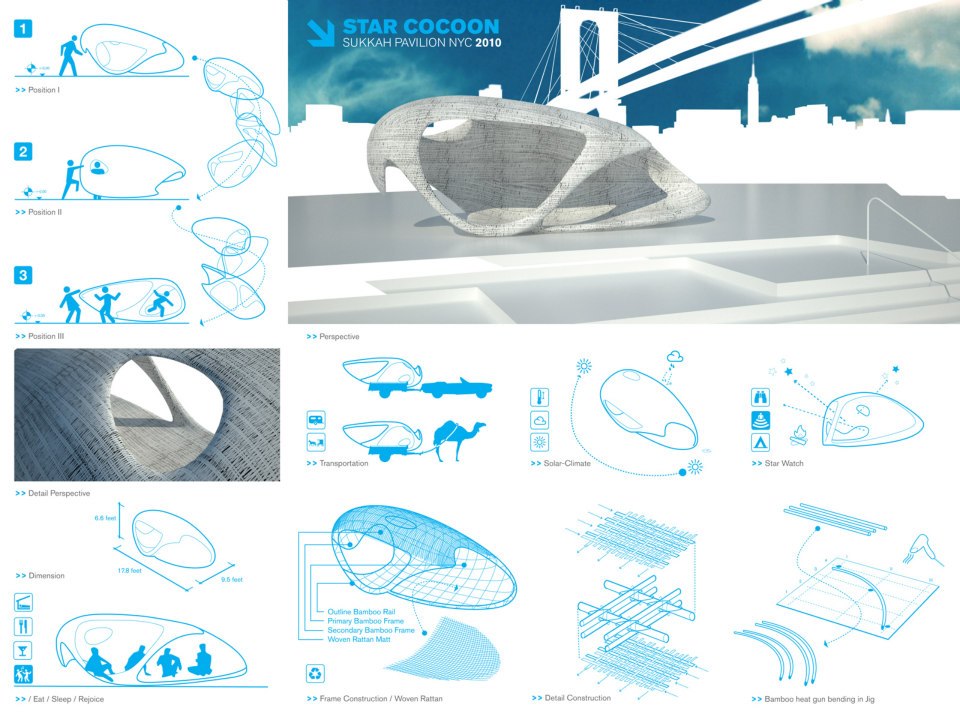 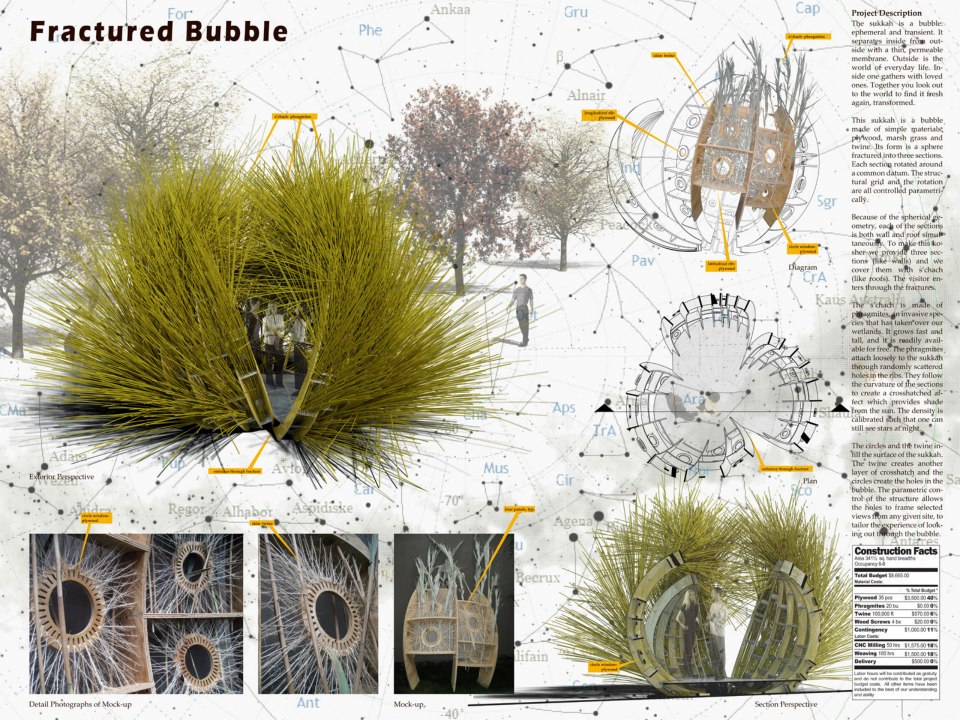 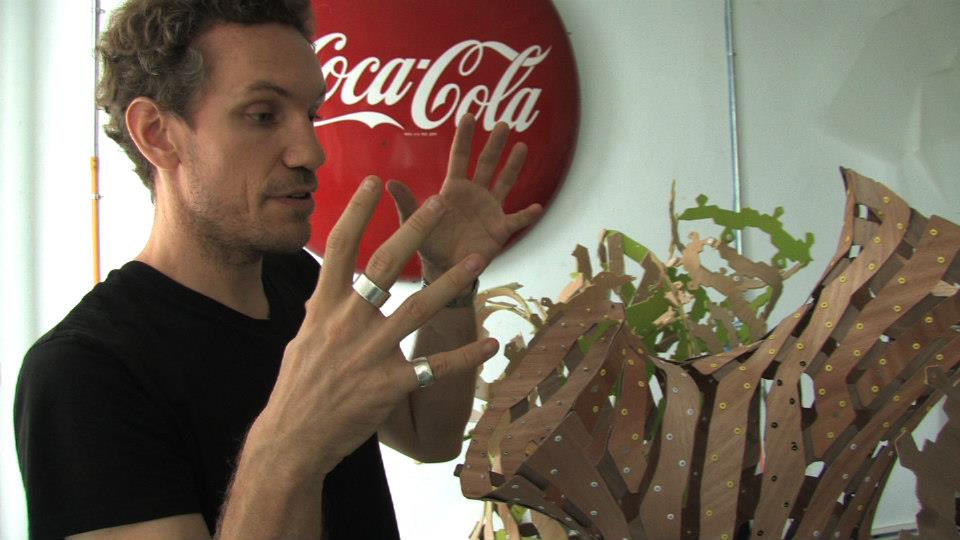 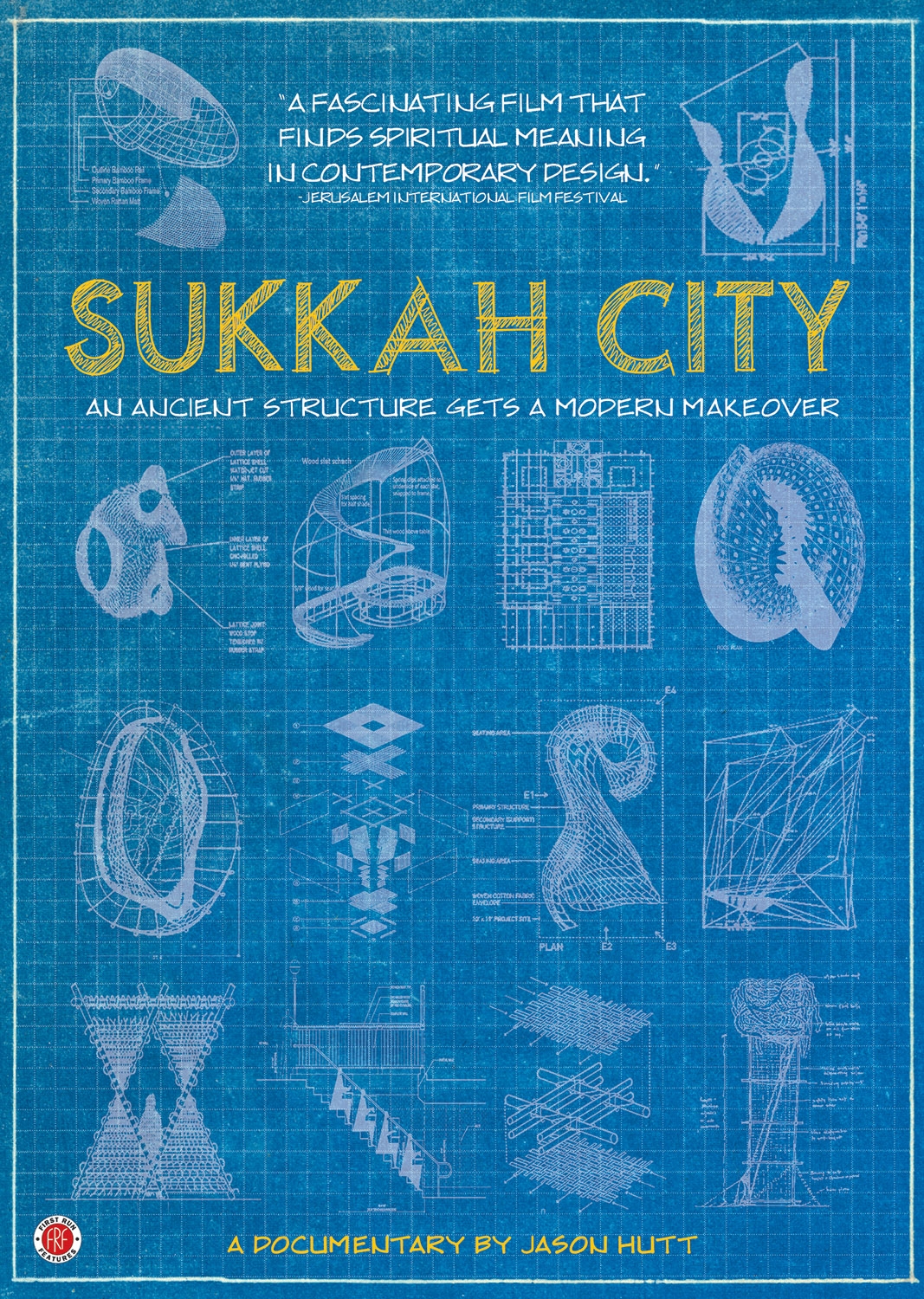 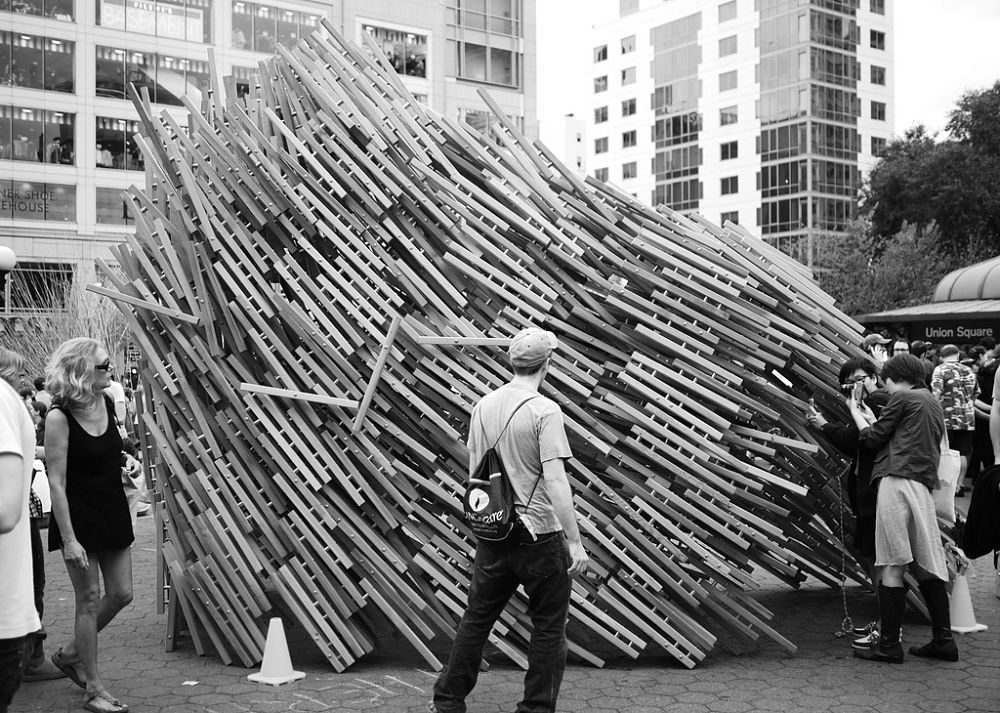 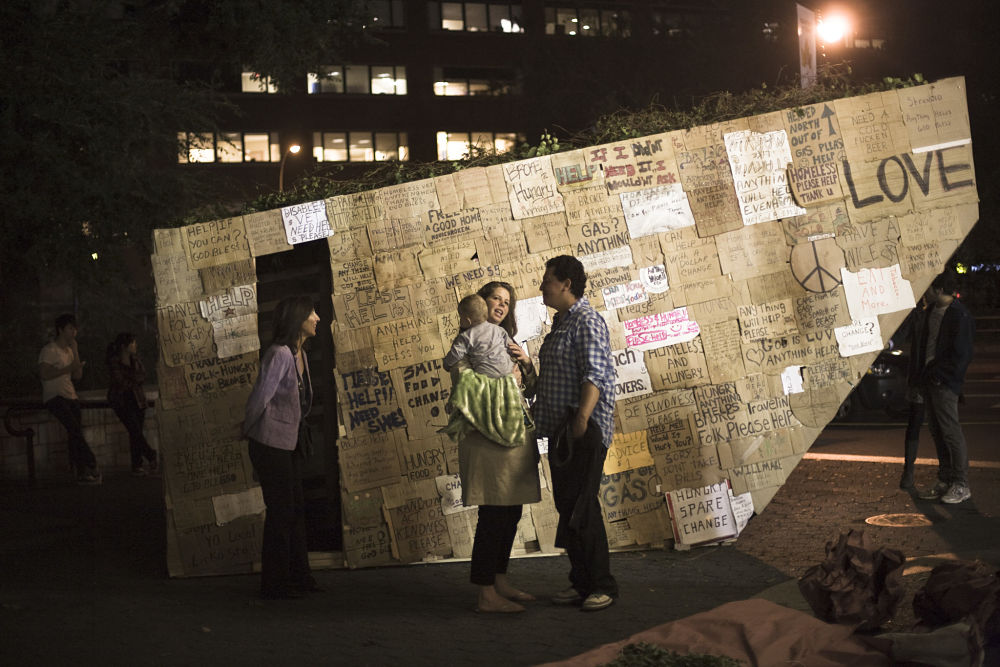 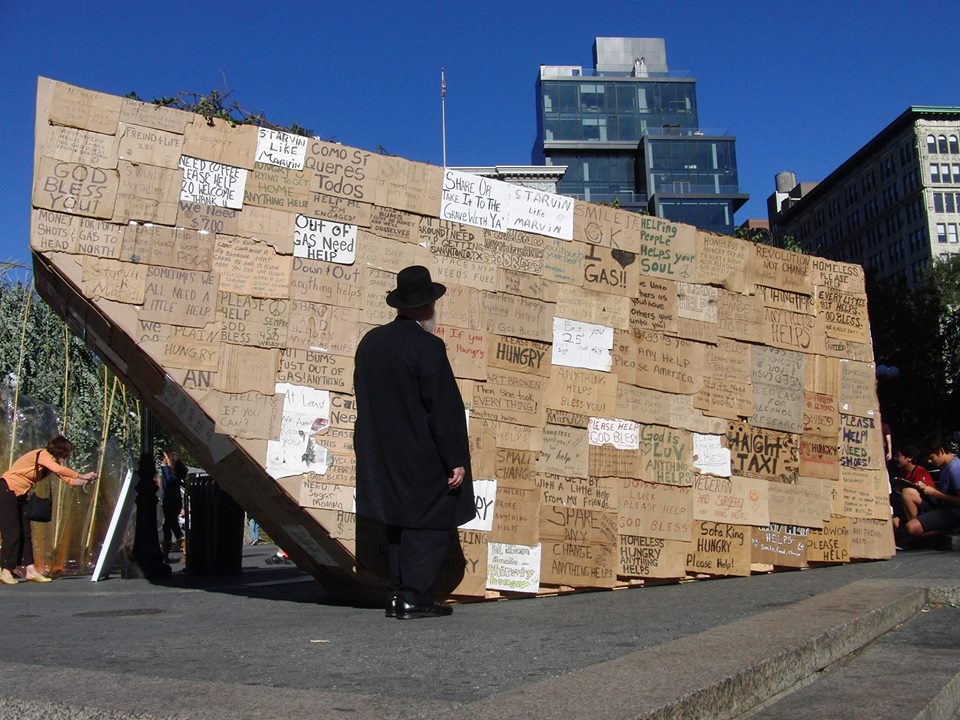 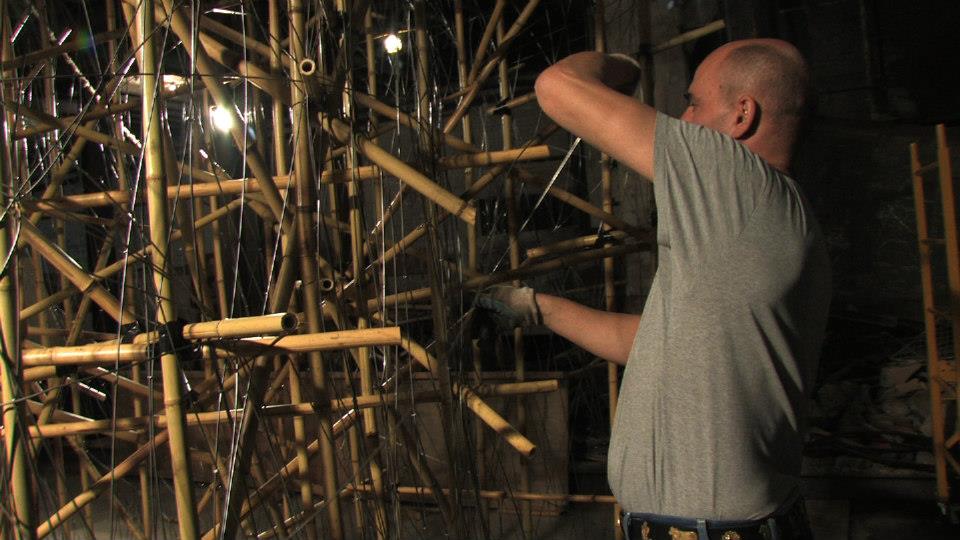 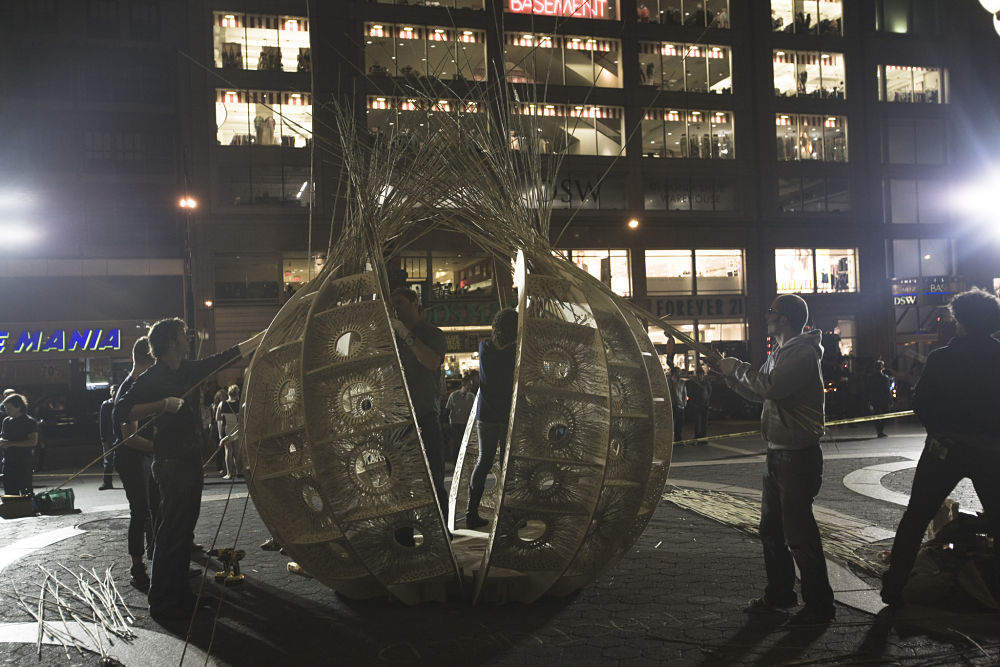 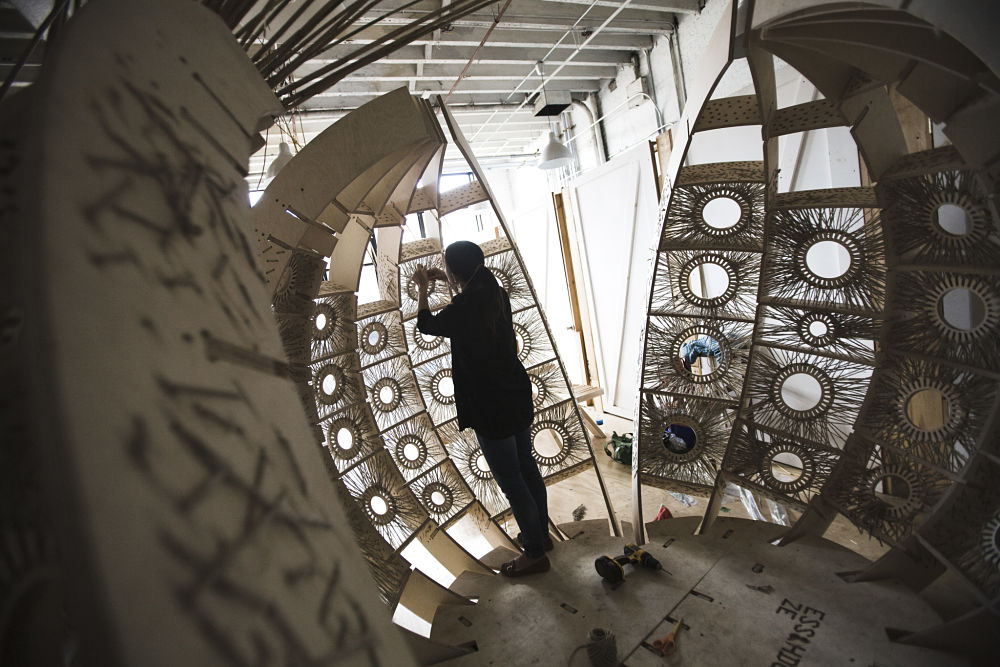