They were a departure from modernism for him, and a major step in the direction of the decorative work for which the Ecole des Beaux Arts-educated architect would become famous.

His ascent within the popular press was rapid, with UPI calling him at one point “the most quoted architect since the death of Frank Lloyd Wright.”  Little wonder, since the two were very good friends, and neither was known to eschew the magic of a quotable quote.

“He took advantage of the media, and used it to get to the people,” Hunting says.

At the height of the Cold War, the freedom-loving, market-driven United States was a superpower, and Stone’s work was in demand around the globe

“He really touched on the American culture, and made it accessible to all the people,” she says.

Then came the downside, first with his designs for the 1966 Presidential Palace in Islamabad, Pakistan.  “They were a new country and in the capital, they wanted to show the American influence,” she says.  “But the critics panned it.”

Word spread about Stone’s” Islamization of modern architecture” in his buildings across Pakistan.

That was only the beginning.  Before long, Ada Louise Huxtable, architecture critic at The New York Times, was publicly hammering his design for the Gallery of Modern Art at 2 Columbus Circle in Manhattan (1958-64), a structure she famously dubbed the “Lollipop Building.”

“She acted like a jilted lover,” Hunting says.  “In 1958, she’d admired the plan, saying his solution was quite smart.  No one remembers that, but they all remember the lollipop reference.”

Sure, the commissions continued, but the criticism mounted too.  His work on the Stanford Medical Center (1958-9), now slated for demolition, is “quite divine,” says Hunting.  And his 1965 North Carolina Legislative building stands, along with the state capitol, as one of two centerpieces in downtown Raleigh.  The legislative building shows Wright’s influence upon his friend.

By 1971, when the Kennedy Center was built in Washington D.C., Huxtable sent a note to Stone along with her own critical review.  “It doesn’t seem like a love letter,” she wrote him. “But it is.”

He would eventually lose control of the creative work in his own office, and died in 1978.  But much of his work – ornamental, a little swaggering and absolutely American – lives on.

And Hunting has captured much of it in her new book, “Edward Durell Stone, Modernism’s Populist Architect.”

“Stone deserves a very special place in the history of modernism, not for formalistic or aesthetic reasons, but for his relationship to the culture and the times,” she says.

And she’s carved quite a niche for him there.

Her book is available fromW. W. Norton & Company at http://books.wwnorton.com/books/detail.aspx?ID=24704 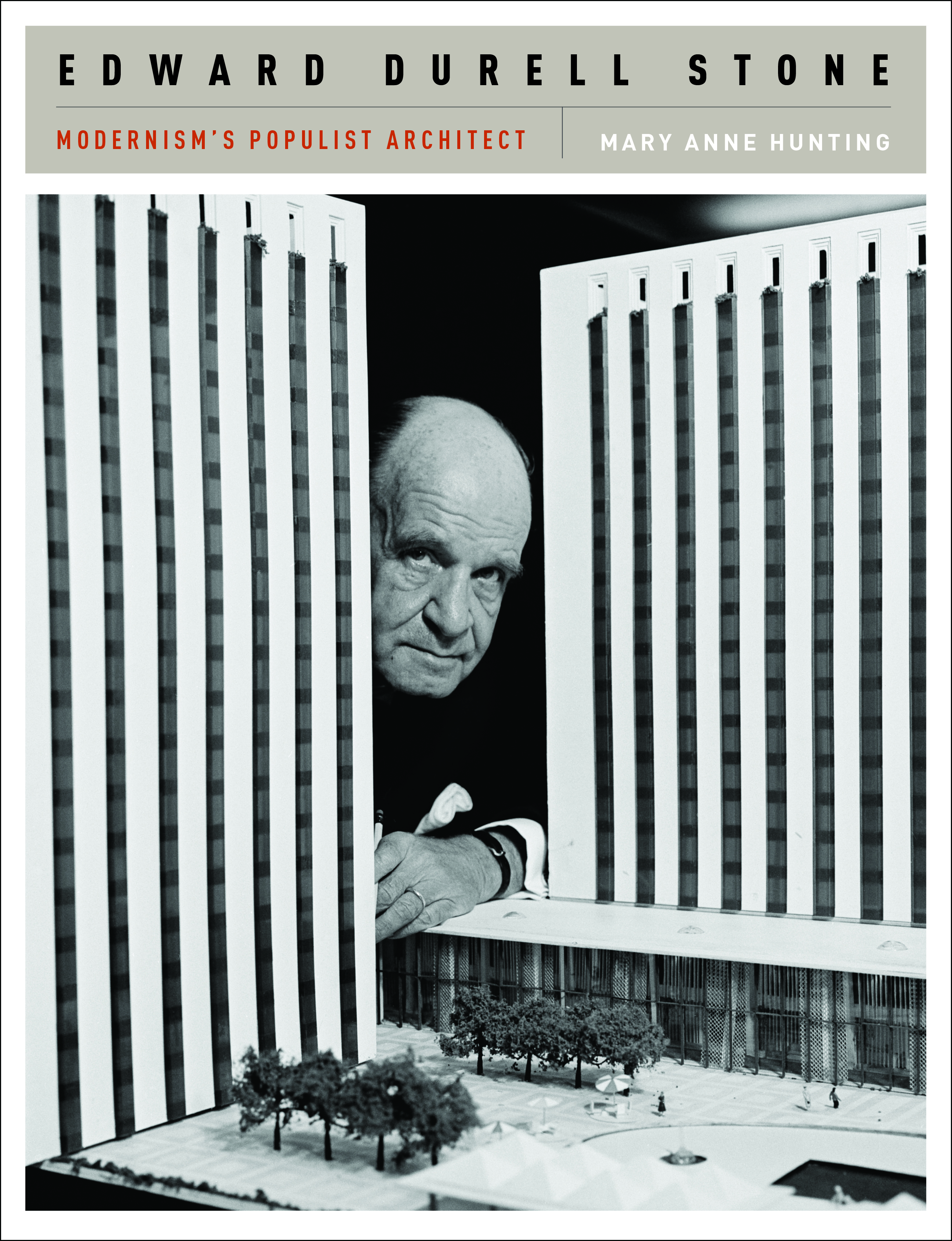 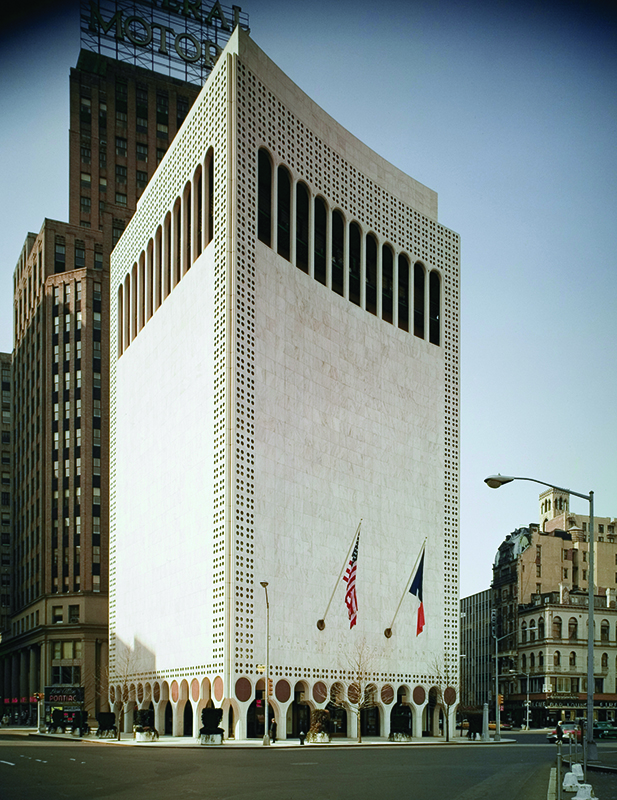 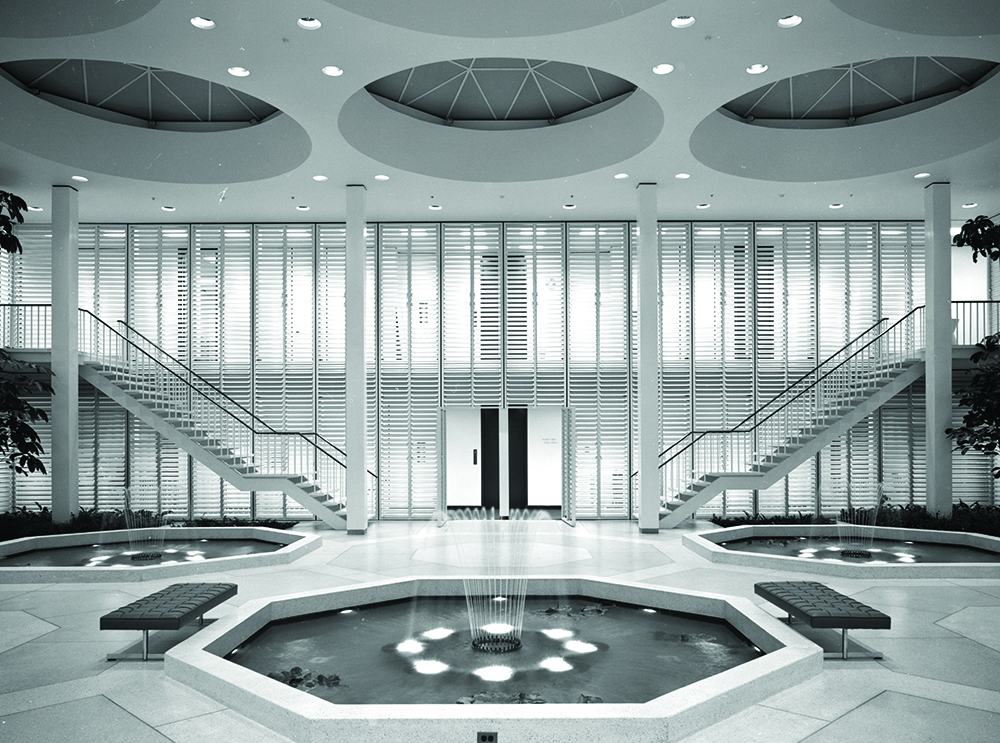 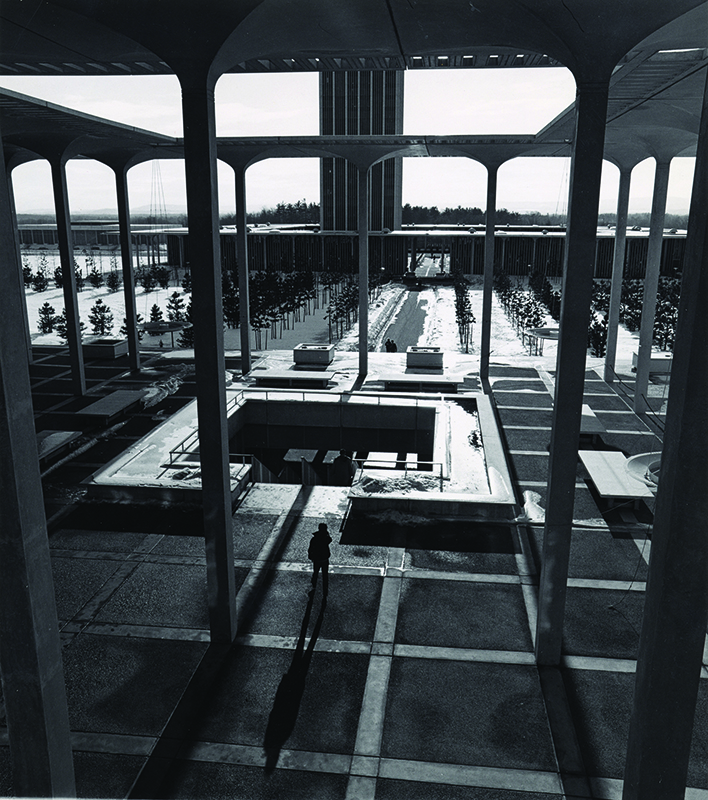 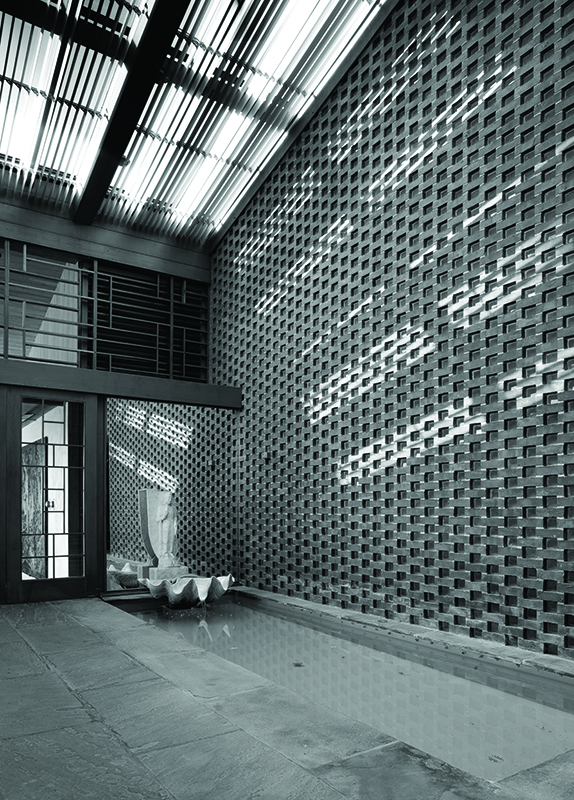 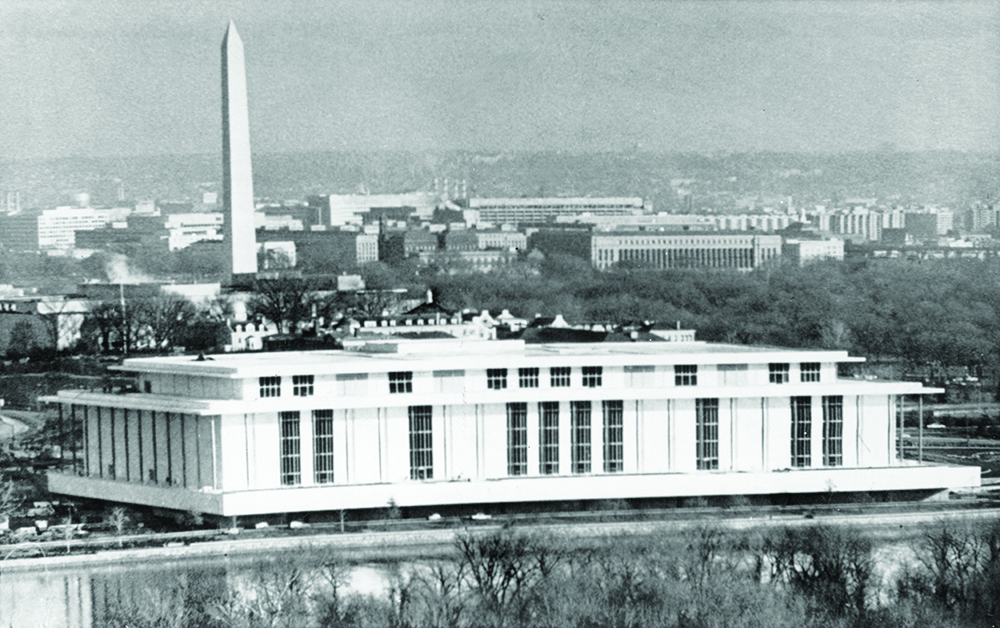 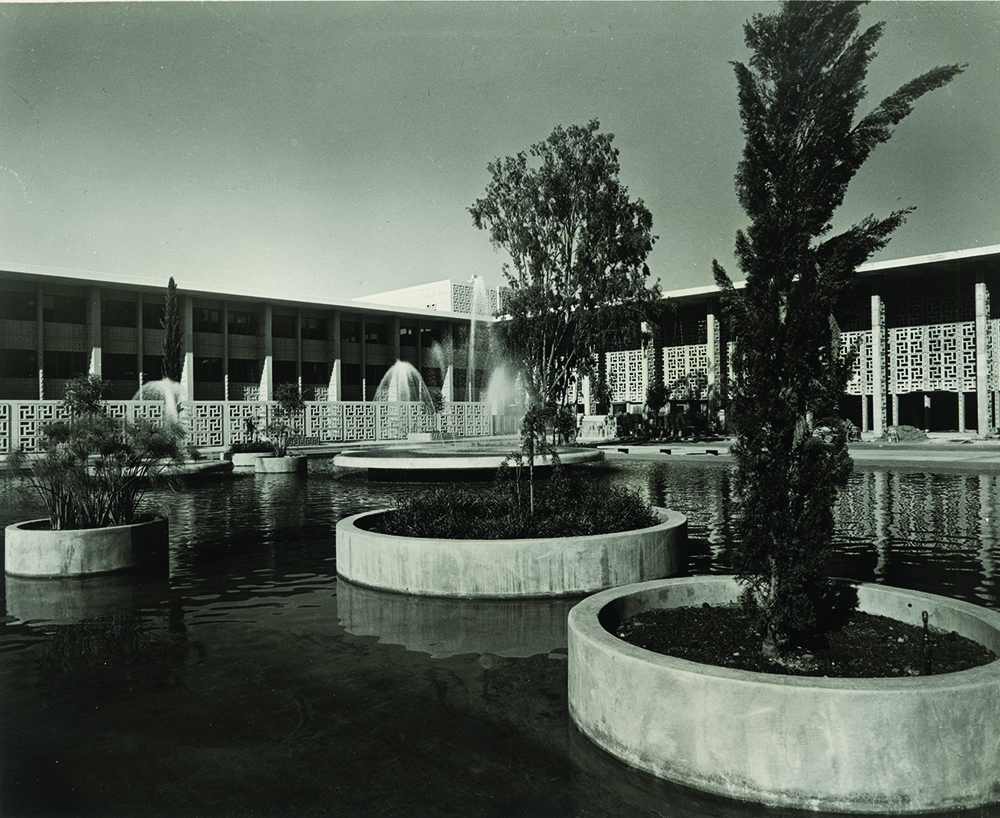 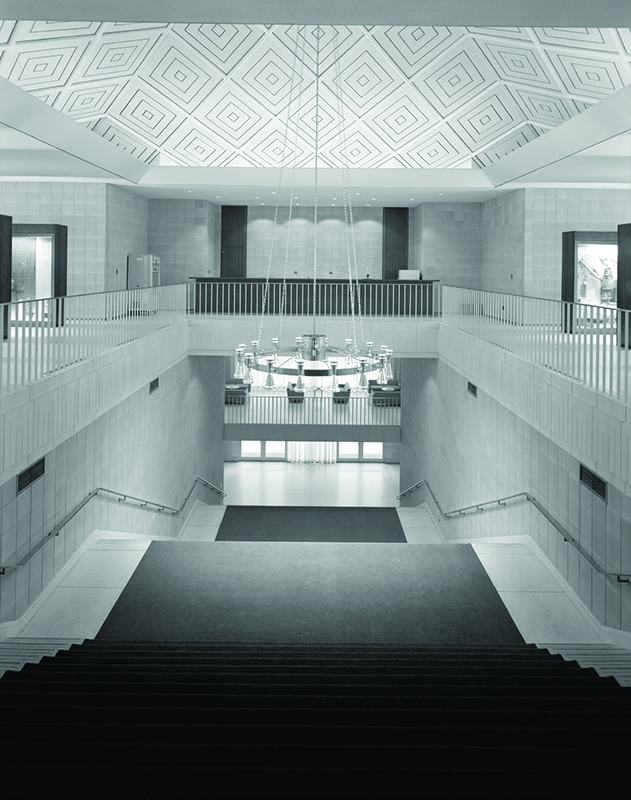 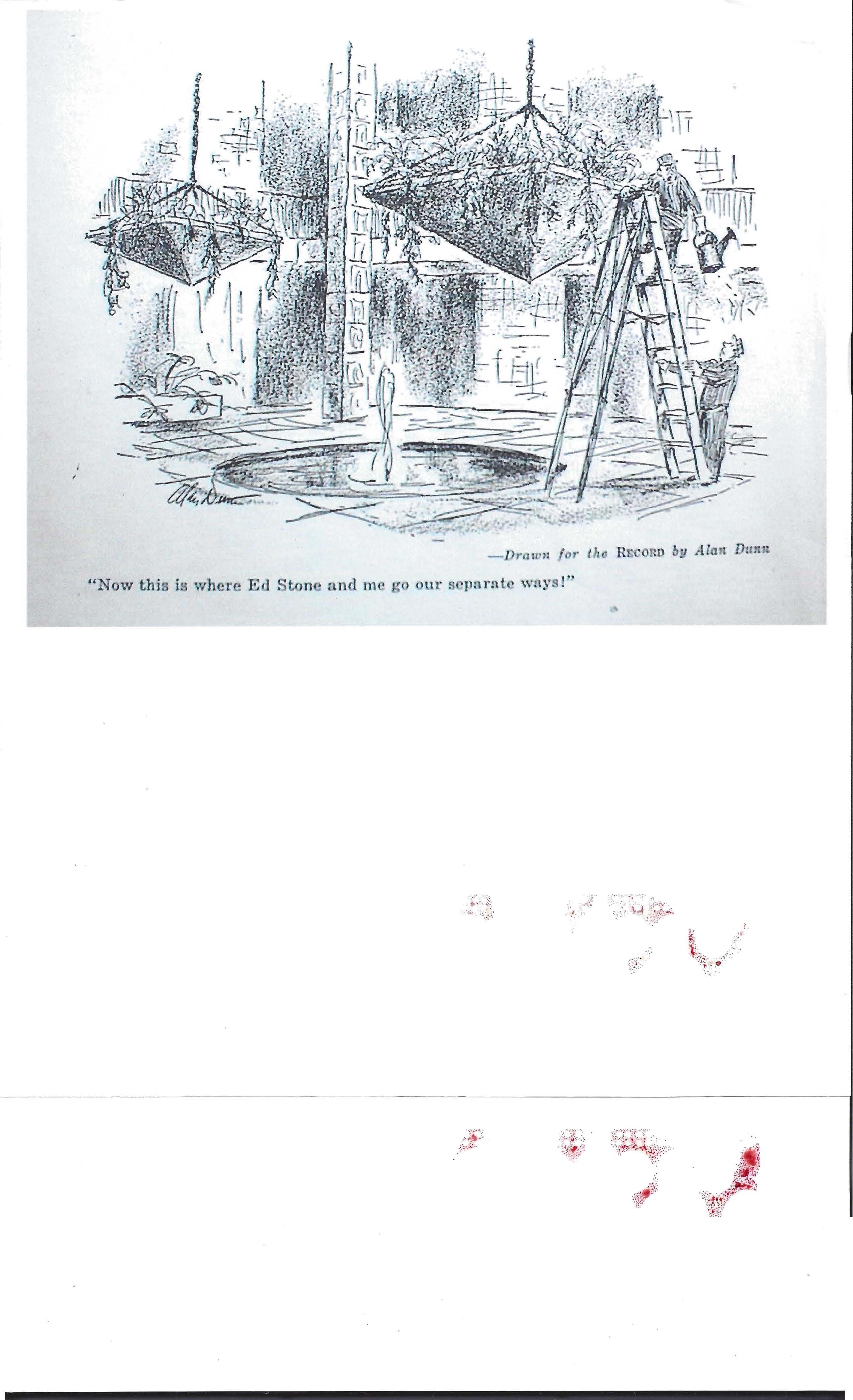 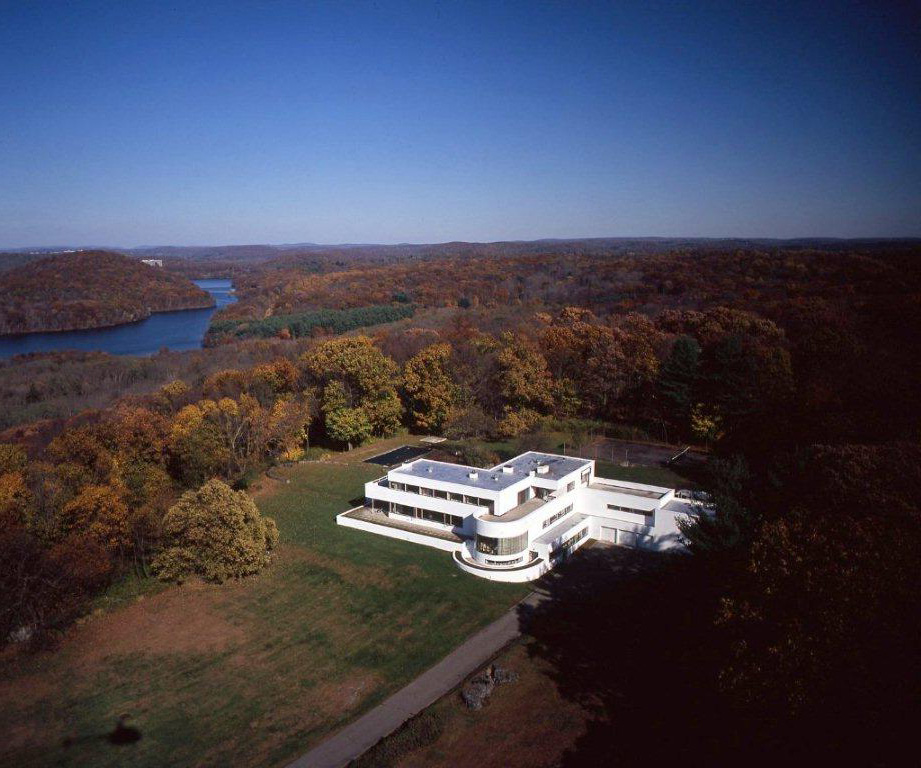 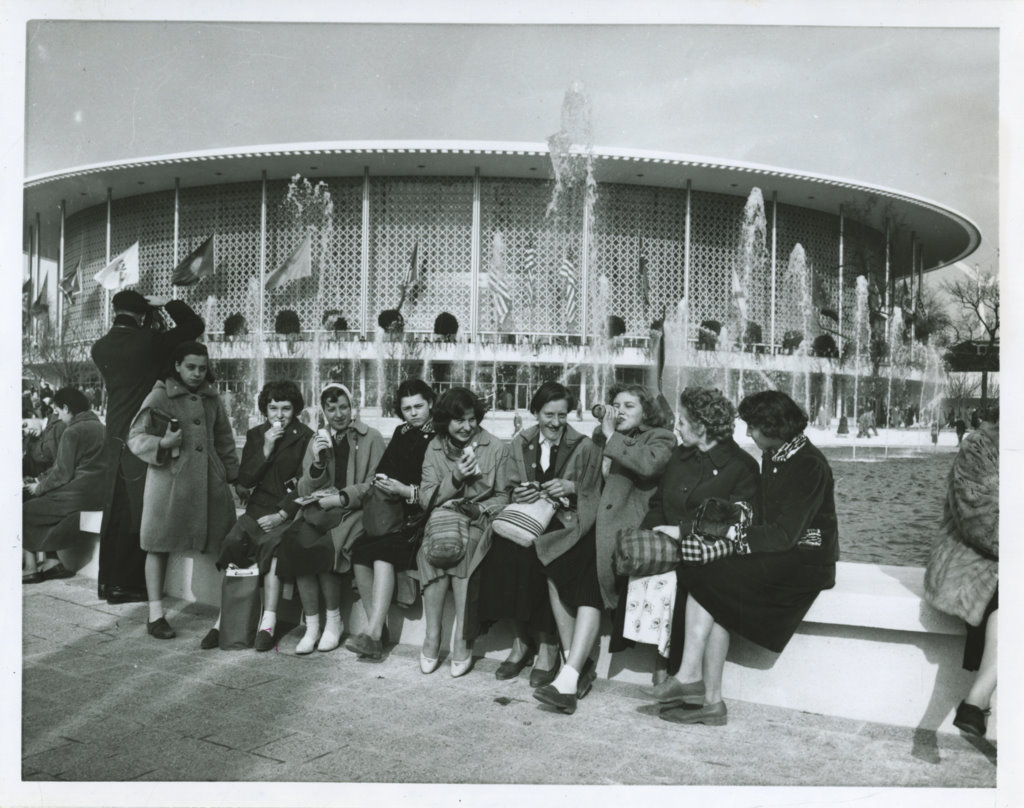 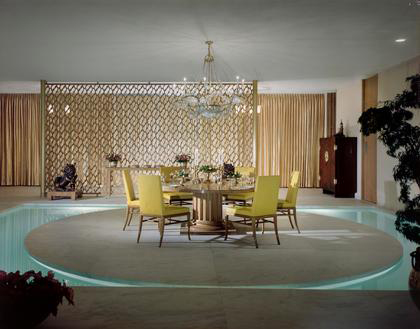 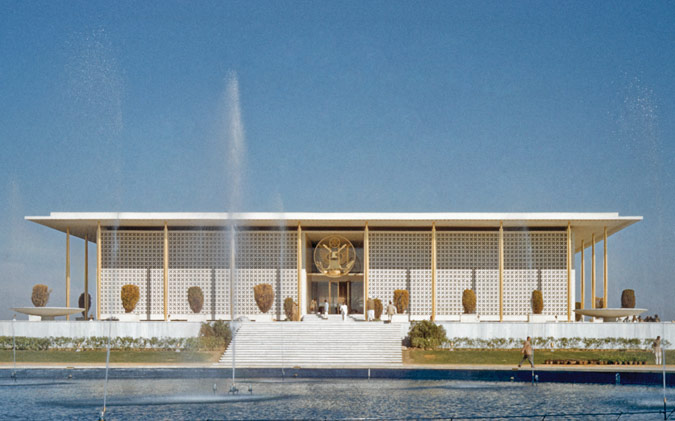 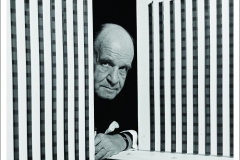 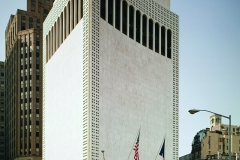 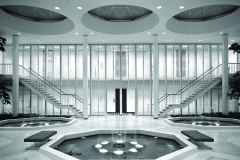 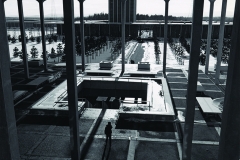 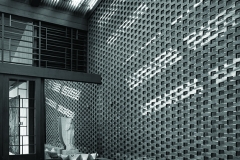 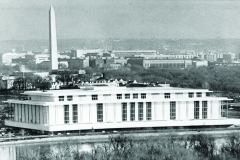 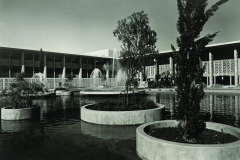 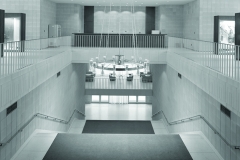 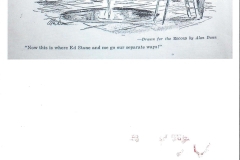 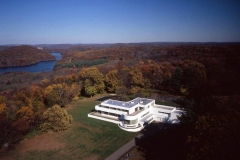 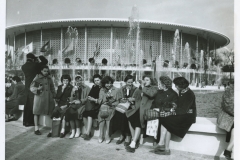 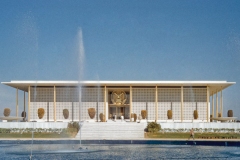 I really enjoyed this post, Mike. A good long while ago, I visited the art museum that Edward Durrell Stone designed in Ponce–only spitting distance from the ocean on the southern coast of the Puerto Rico. Islamic filigree, etc, all there. But the craziest aspect of the design is that the second floor galleries were designed so that sections of the wall swing open to the sea breeze. Crazy, of course, only for an art museum.

From the time neon gas was discovered by French scientist Georges Claude until about the 1970s, the classic, tubed neon sign...