Thirty years on Wall Street was enough for Joe Gitterman.

Besides, he’d been secretly pursuing his passion for sculpture on nights and weekends, and he was ready to give it a public go.

So in 2011, he placed one of his pieces in an artists’ association show

And bingo! “A local gallery owner saw it and offered me a show and that was the beginning of an exciting new career,” he says.

Now he’s created more that 200 works, with his most recent installment at Robert A. M. Stern’s Arris Building, a residential development in Washington, D.C.’s new neighborhood, The Yards.

The largest is over seven feet, a horizontal sailor’s knot in mirrored bronze.” It’s on the Norwegian Cruise Line’s new ship, the Escape,” he says. “It’s a 4,000-passenger boat, and it’s at the entrance to a 900-seat theater.”

The idea behind his work is to capture a feeling of motion – like that of a ballet dancer. “It’s like taking a clip out of an old eight-millimeter film, to replicate the fluidity of the motion,” he says.

His early work was in sheets of wax cast into bronze, then stainless steel enlarged by a fabricator. More recently he’s become enamored with the flexibility of Plexiglas.

“I mold it myself with an industrial heat gun and an oven – it becomes malleable,” he says. “I’m fascinated by the clear Plexiglas – the two dimensional aspect of it and how the light plays off of it.”

His Plexiglas sculptures sell for a few hundred dollars, and the typical bronze will go for $2,500. But he’s sold larger pieces for more than $25,000.

” I never thought it would happen – I never anticipated selling sculpture,” he says. “As a hobby it’s an incredible experience for me – and completely serendipitous.”

Which makes it the most rewarding kind of work. 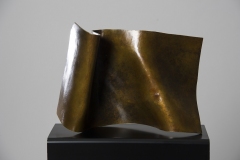 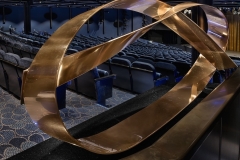 Half Hitch 1 and 2, Joe Gitterman 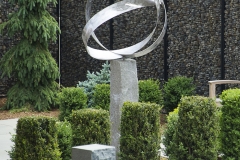 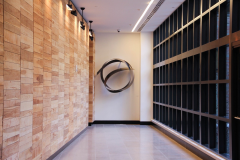 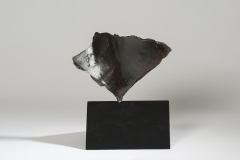 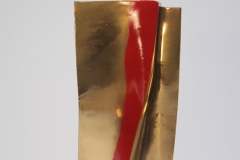 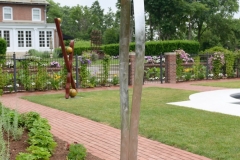 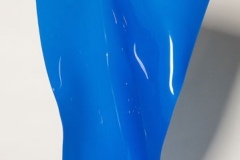 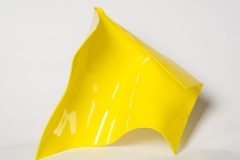 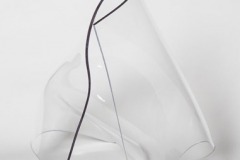 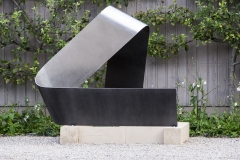 CONGRATULATIONS My friend. This is an excellent article. You certainly have and are accomplishing a lot. Keep it up!
love…….Nina

Joe, Congrats. It is great to read your name again.

Thank you so much for showcasing my story and my art!

Today we're revisiting one of our favorite homes in South Florida, designed by Jake and Melissa Brillhart. It's their own home,...