The assignment for Tyler Wisler, a self-described “kick-ass interior designer,” was simple enough:

Take Brizo’s newest pull-down faucet and design a kitchen environment around it.

“They said: ‘Take your inspiration and go with it,’” he says. “’Give us your wish kitchen and we’ll see if we can make that happen.’”

He decided to explore Artesso’s masculine aesthetics with the use of a number of industrial materials, including wood, brick and copper. His key question as he thought the concept through was one that a lot of people wonder about:

How would a rock star want to live?

“Everybody at the end of the day wants to feel like a rock star, so I made this a theoretical rock star kitchen,” he says.

It has a definite industrial edge, taken from the Artesso fixture itself, which is the real star of the show. “It’s a refined faucet in a gritty environment,” he says. “It’s in an environment where you have a lot of history and grit to juxtapose that sleek quality.”

He looked to the lofts of Tribeca and the restoration at the Ace Hotel for inspiration. “It’s an old setting, but with new products layered on.”

He deliberately selected dark colors to contrast the sleek and shiny faucet, using dark ebony stains on base cabinets, with black-and-white statuary marble atop and a stainless steel sink inserted into it. He topped off an island with a slab of walnut to show off its natural grain, and contrast it with a metal bar sink.

“I like to mix metals like copper, polished nickel and stainless, like mixing jewelry – yellow gold, white gold and platinum” he says. “That’s what’s going on now – the mixing of materials.”

As requested though, it’s all a backdrop to focus on the faucet.

“It’s like the stars shining in the black night sky – it looks that much more important,” he says. “There’s a vastness to the background and a brightness in foreground.”

Which is just the way any rock star longs to be seen. 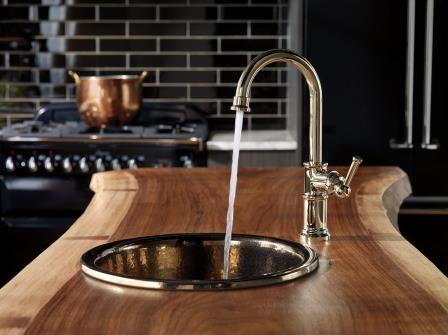 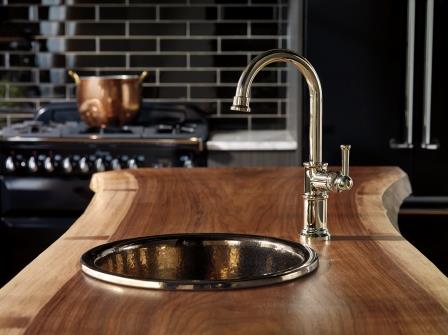 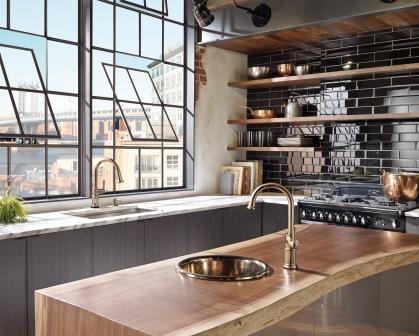 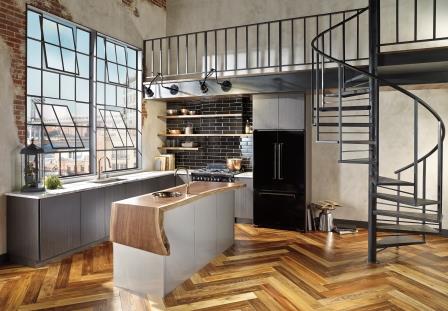 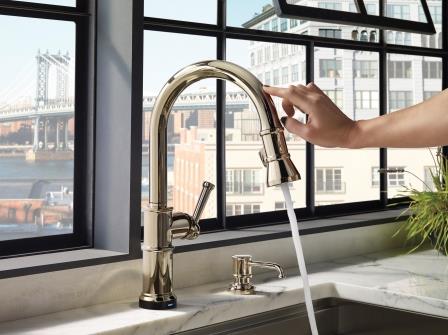 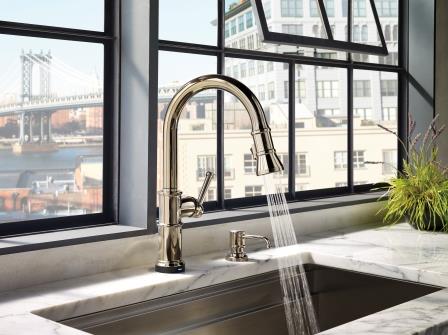 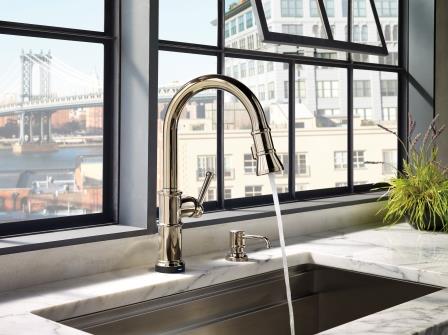 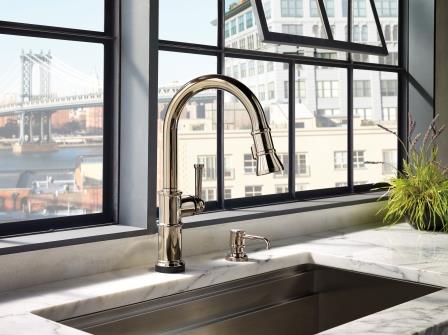 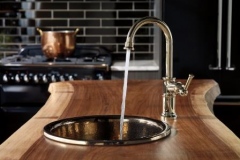 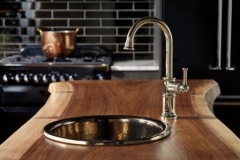 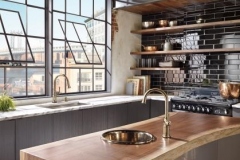 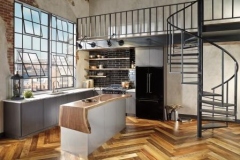 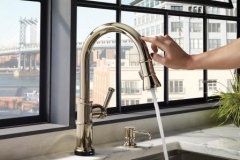 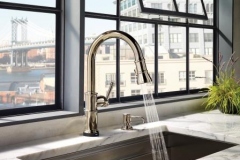 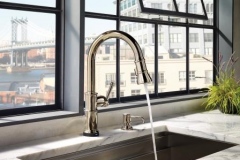 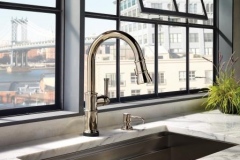 A Rare Look into the Creative Process

A Rare Look into the Creative Process

In a new exhibition called Line Touch Trace, the North Carolina Museum of Art (NCMA) is about to offer a rare look at the thought...