Schooled in architecture and music at Berkeley and Harvard, Anthony Poon was studying modernism in the mid-1980s when post-modernism was all the rage.

But the discipline of Harvard’s Bauhaus regimen clearly won out.

“I was drawing with incredible rigor,” he says. “It was a very academic approach.”

Still, in his Modern Villa, designed with developer Andrew Adler of Alta Verde Group, historicism and traditional design shine through.

On the façade, anyway.

That’s because when Adler acquired 60 lots in a distressed, upscale development in Palm Springs, architectural guidelines there were already in place.

“The guidelines said the homes had to be traditional with a certain material palette and roof slope,” Poon says. “But we’re modernists – and this is what we call Mission Modern.”

Indeed. The front façade is a monolithic wall of stone-like, precast concrete blocks, with small windows and a private feel. Inside is just the opposite: after entering a ten-foot square foyer, a guest steps into a loft-like great room that measures 22 feet wide and 75 feet long. A signature space for Alta Verde, it’s a flexibly designed for living, dining and cooking.

Calling the entry experience an exercise in compression and expansion would be an understatement. “It’s an intimate arrival where you then step out into a living area that’s just the opposite,” he says. “There are glass doors that open out to the mountains. It’s dramatic.”

Modern Villa is a prototype for a production model, with 10 to 20 being built at a time in the Monte Sereno development. Forty have been built to date, and they’re selling quickly, mostly because their designers have incorporated features from custom homes that sell for multiple millions.

The kitchen, for example, features cabinets by Modulo Cucine. Floors in the bath look like Carrara marble, but they’re white porcelain. And the hipped roof is covered in authentic clay tiles.

“In production housing, these are not things you usually get, because there are schedules and budgets,” he says. “But we were not going to throw down a Taco Bell house. We wanted to create a poetic experience for the homeowner – a work of art that you can live in.”

That rings true in the detached sleeping pavilion, reached from the living area by traversing a glass-lined corridor after a visit to the bath. “It’s kind of a departure from everyday life,” he says.

Then there’s the pool, aligned on an axis with the master bedroom and the bed. “You can open the door, drop in the pool and go for a morning swim,” he says. 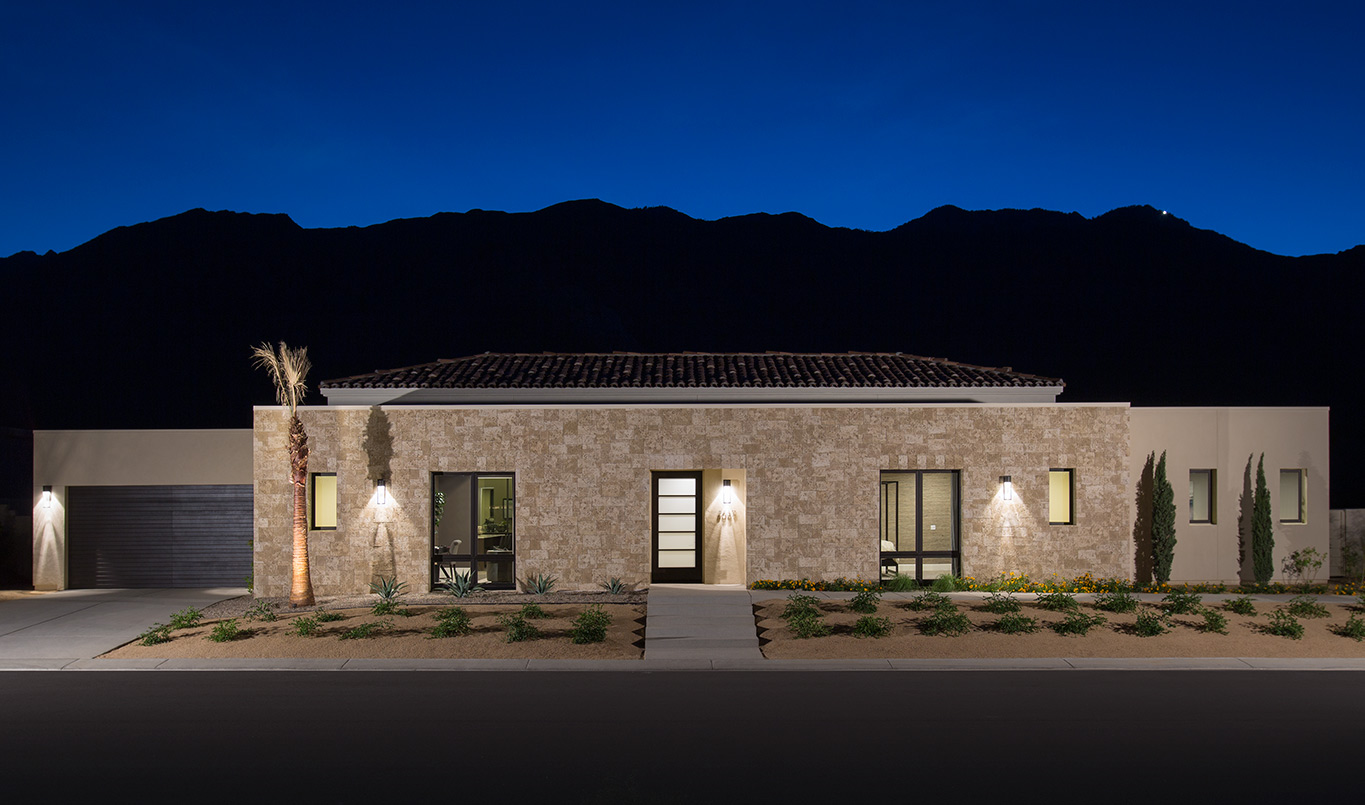 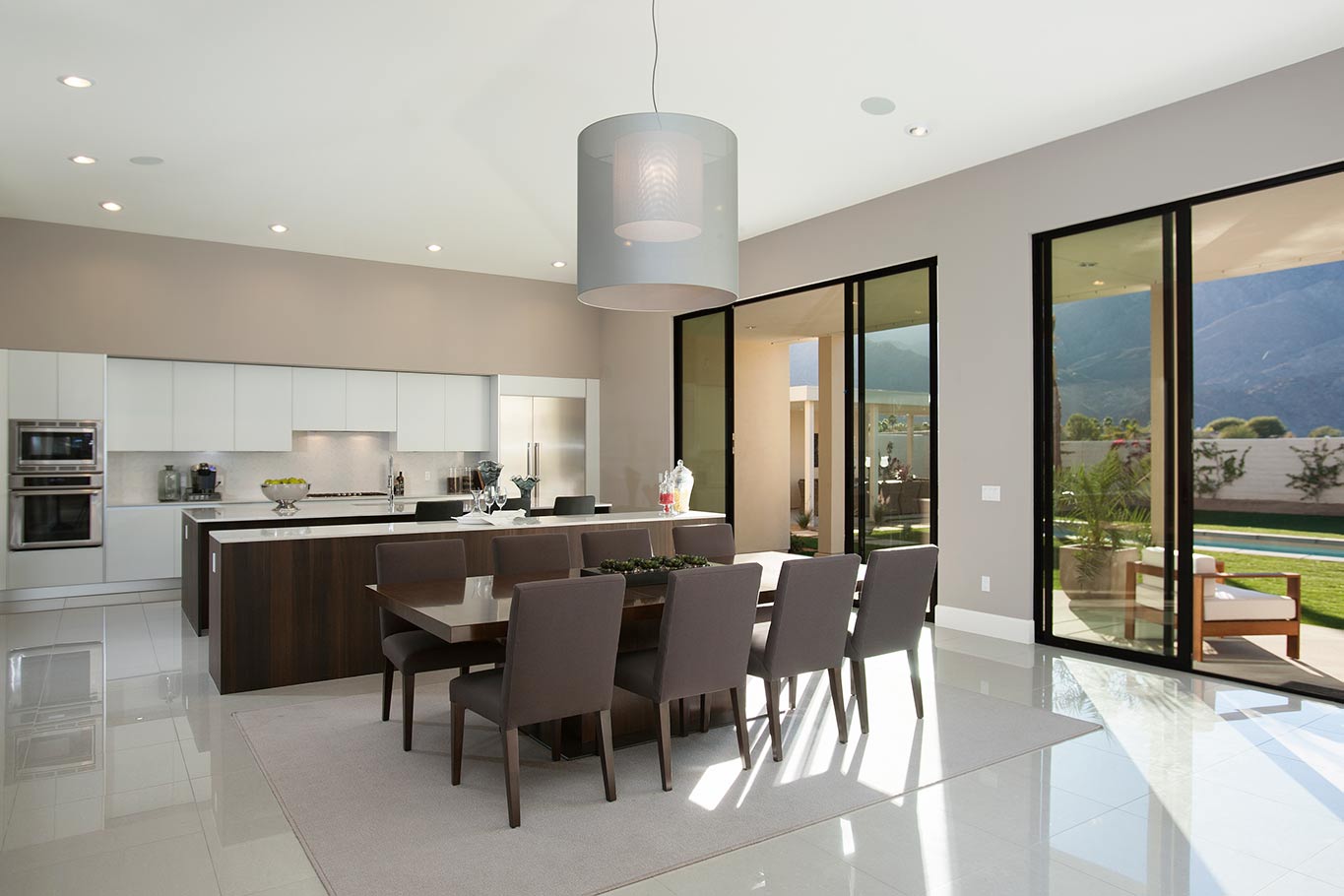 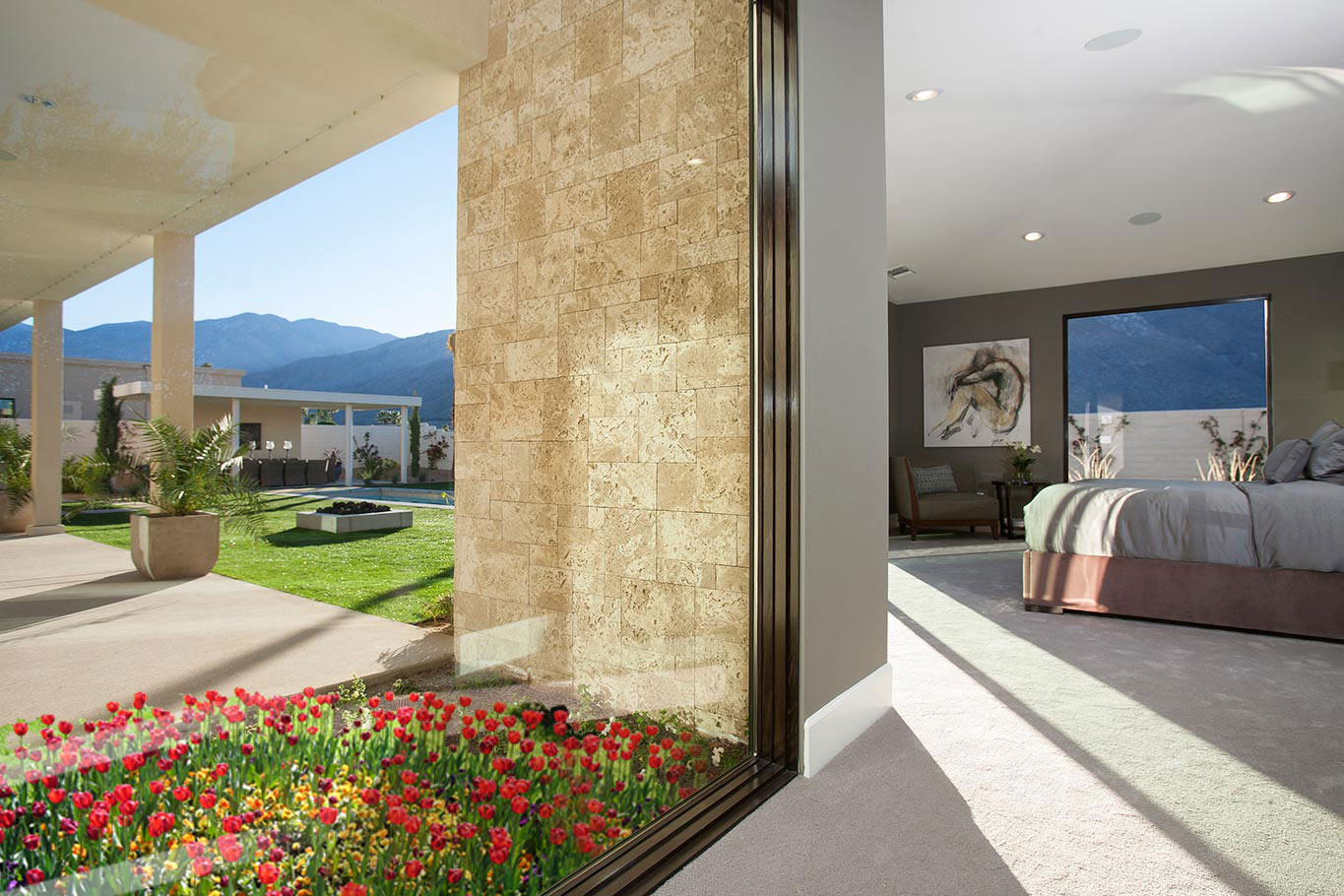 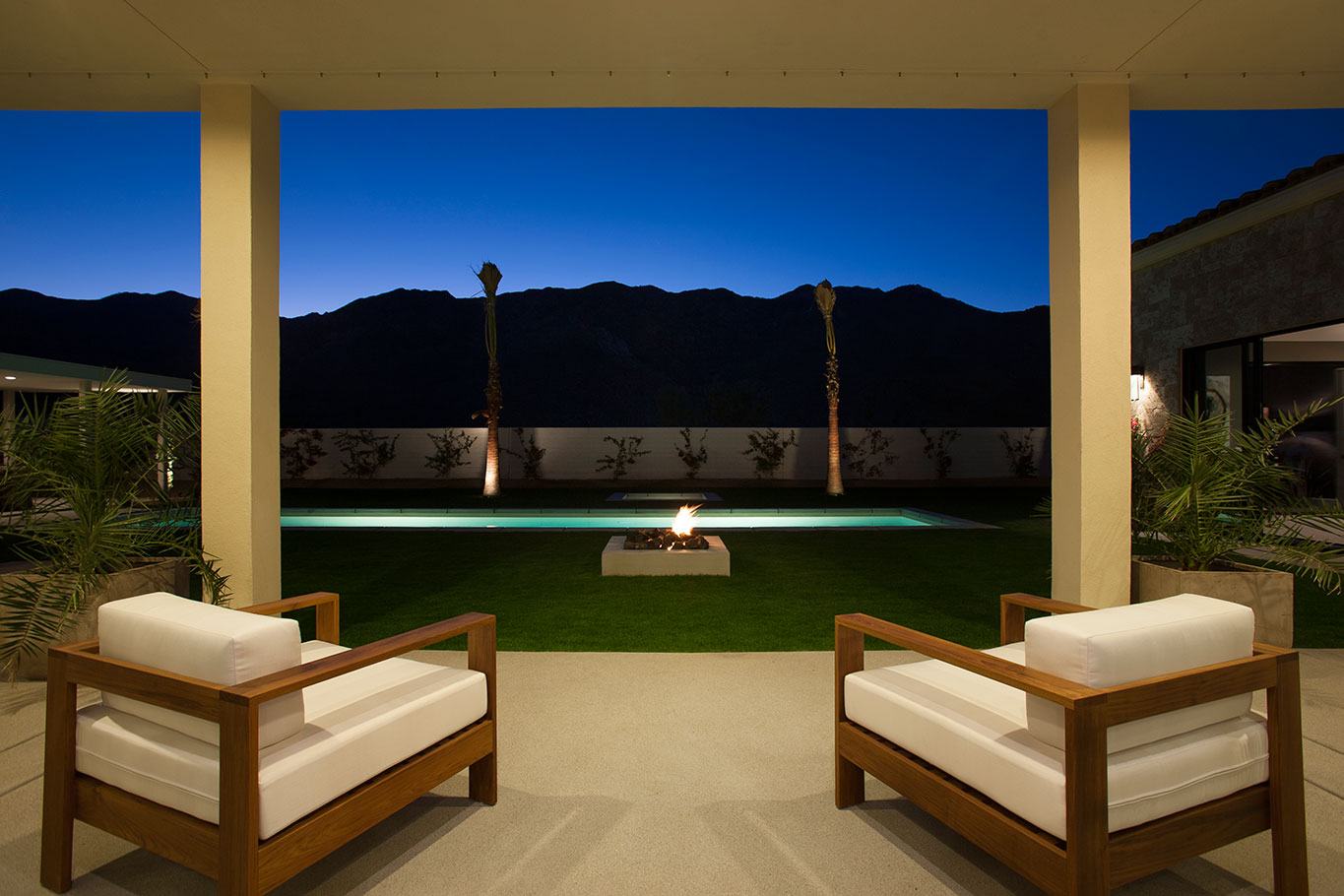 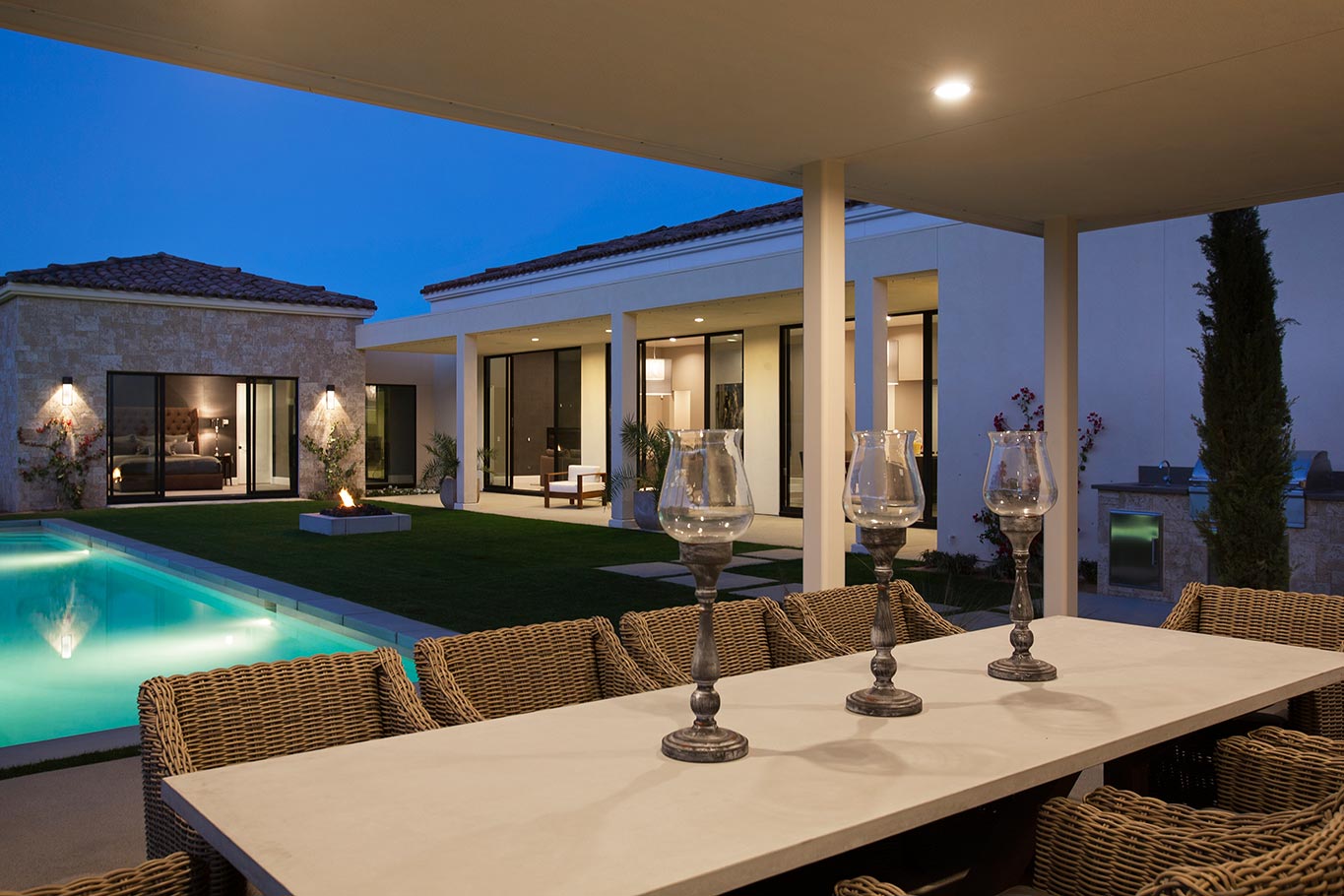 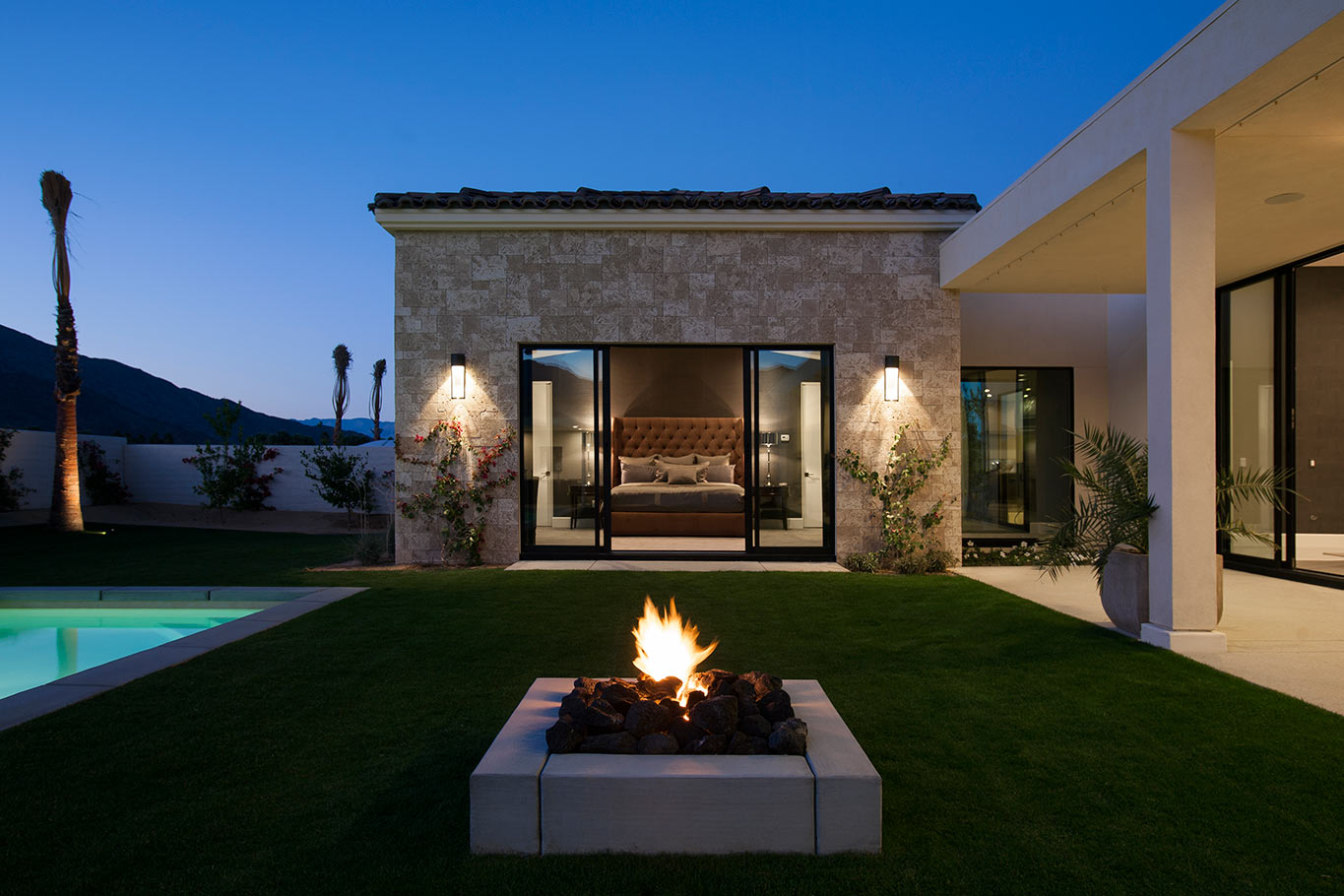 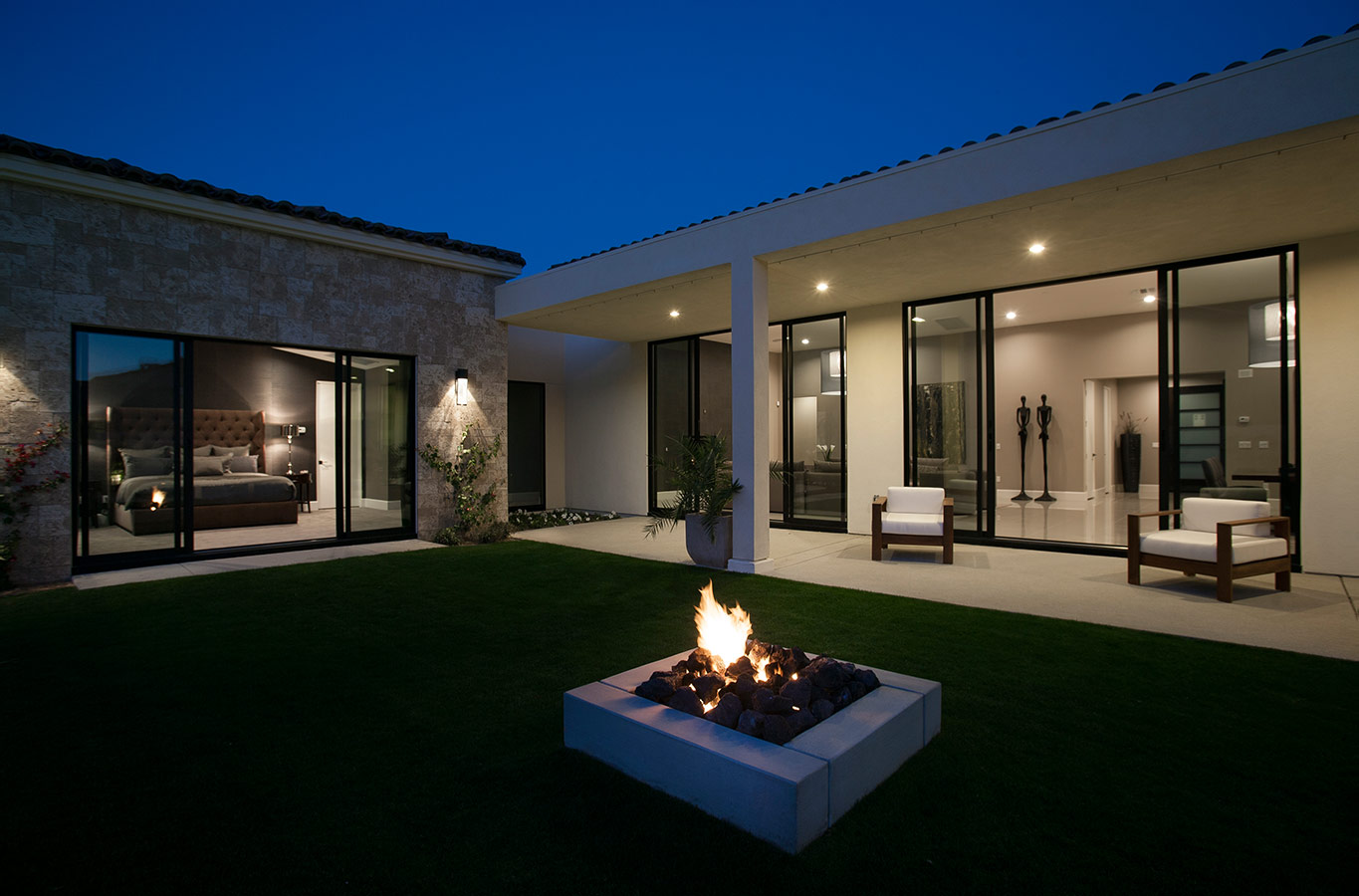 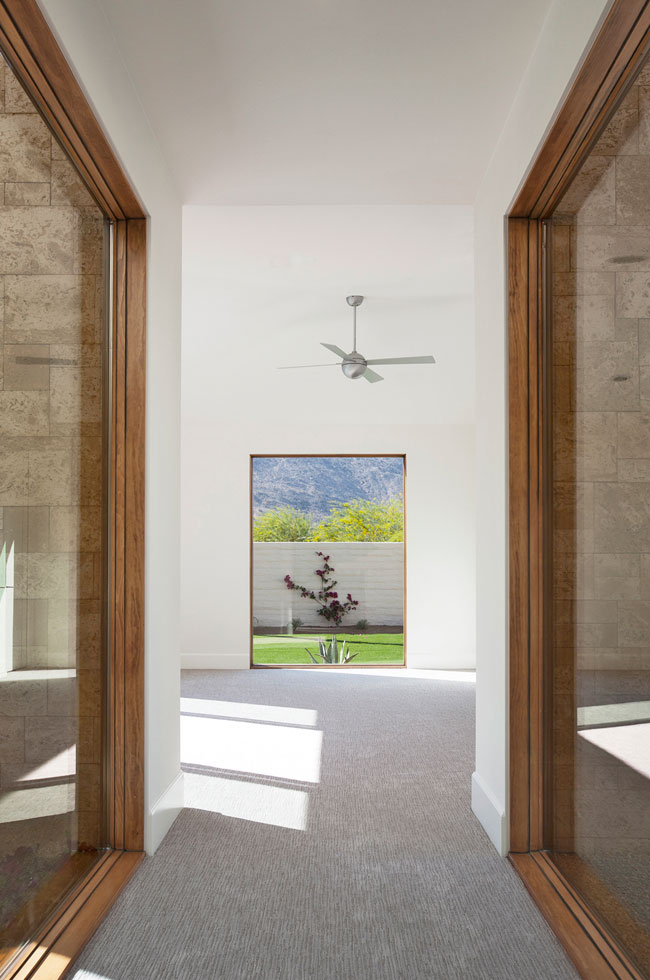