A New, Green City Designed by KPF for South Korea

On the peninsula where Gen. Douglas McArthur once turned the tide of the Korean War 60 years ago, a new and modern city is rising rapidly.

Songdo is part of a master plan by Kohn Pedersen Fox Associates for Gale International of the U.S. and Posco Engineering and Construction of South Korea, each acting as developer.  It is the first international real estate investment in South Korean history

“We’ve come at it from an architect’s point of view,” said lead architect Jamie von Klemperer.  “We’ve only got one urban planner on staff.”

Their challenge – to build a city from scratch – required a team effort from banks, governments, entrepreneurs, architects and landscape architects.  They began work in 2004, after a free economic zone was established in 2001, and the government had invested about $10 billion for backfill in low-lying areas, a bridge to the Incheon airport, subways and a new highway spur.

The architects eschewed an overarching urban plan, favoring a series of surprises over a unified design.   “It’s already starting to feel like a real city,” Jamie said.  So far, Songdo encompasses homes, offices, hotels, retailers, a convention center and an international school.  It’s anchored by a central park.

“It’s evolved around the concept of a central green space of 100 acres-plus,” he said.  “It’s a central spirit – it builds a closeness among the people and the city.  We’ve learned from the successes and failures of other cities like New York, London, Paris, Tokyo and Hong Kong.  It’s a bit of a collage city.”

The park is democratic in nature, akin to the concepts embraced by Frederick Law Olmsted for his public projects in America.  And like Nelson Byrd Woltz’s work at the Dell at the University of Virginia in Charlottesville, plantings reflect the native flora of the Korean countryside.  “It’s physically like a model of Korea,” Jamie said.  “The plantings reflect those of the mountains, the valleys, the lowlands and the coast.”

Stylistically, the architects reference the International Style.  They’ve employed locally available material like gray granite, aluminum and glass curtain walls, gypsum-reinforced concrete, and native woods for warmth.  “It’s a cold climate,” Jamie said.  “”We’ve been sensitive to temperature issues, so there’s some warmth in the palettes of the stones too.  And we looked back to the typical Korean palaces with their rusticated stone bases and wood structures above.”

The development is committed to a strong green agenda, with LEED certification all around.   Transportation is by subway, jitney or boats on the canal system.  Some buildings are designed with co-generation energy plants, and some with tri-generation.  It’s earned the first green city award from the Urban Land Institute for its objectives.

“Songdo is about the best of everything – of education, medicine, residences and entertainment.  It’s a little like Soho, with all sorts of environments in an integrated, acessible setting,” Jamie said. 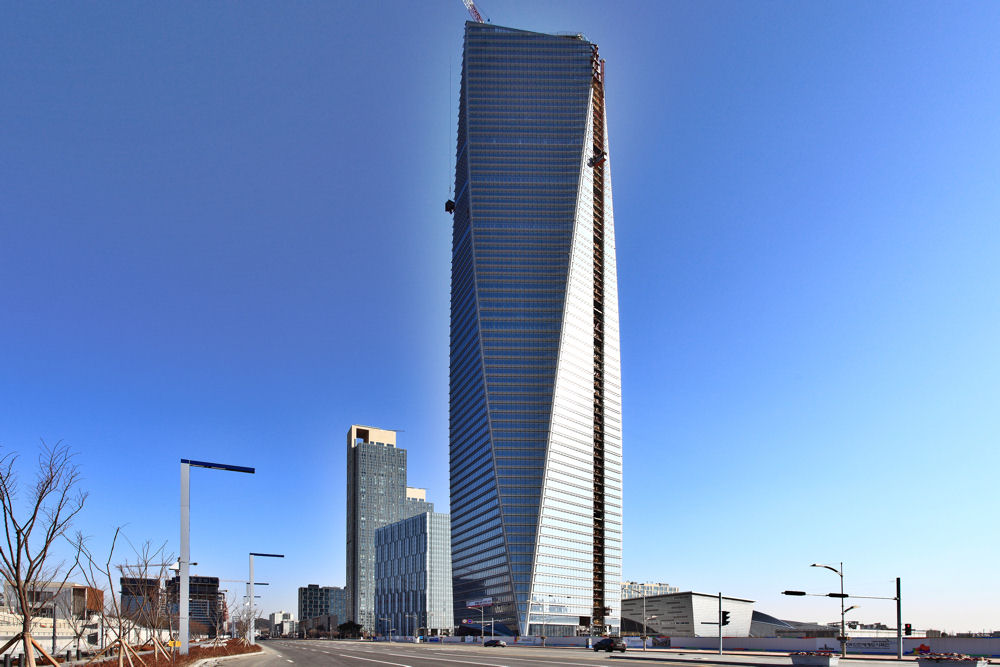 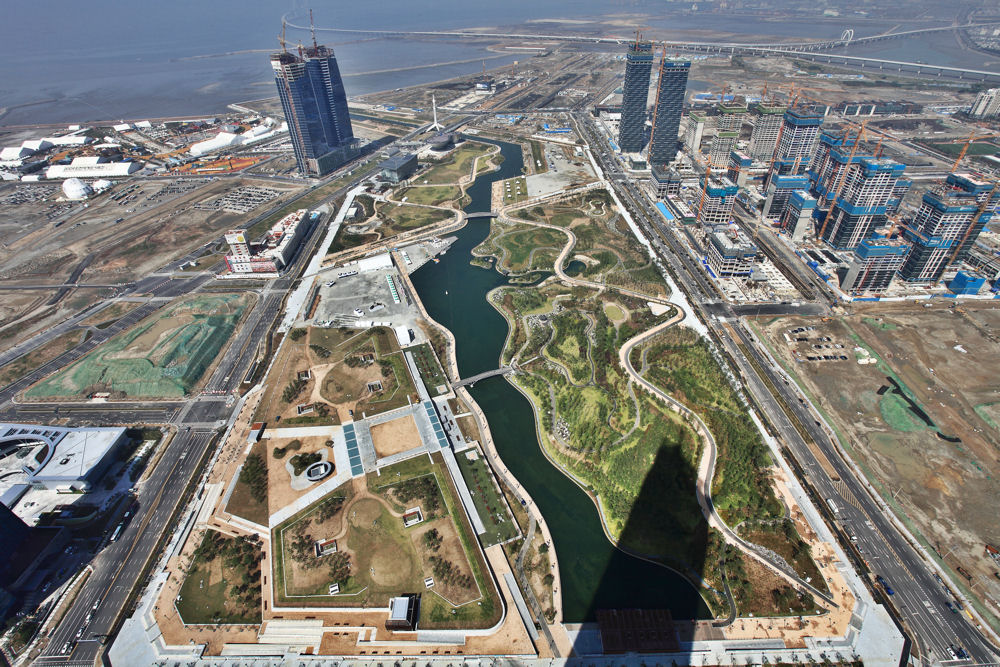 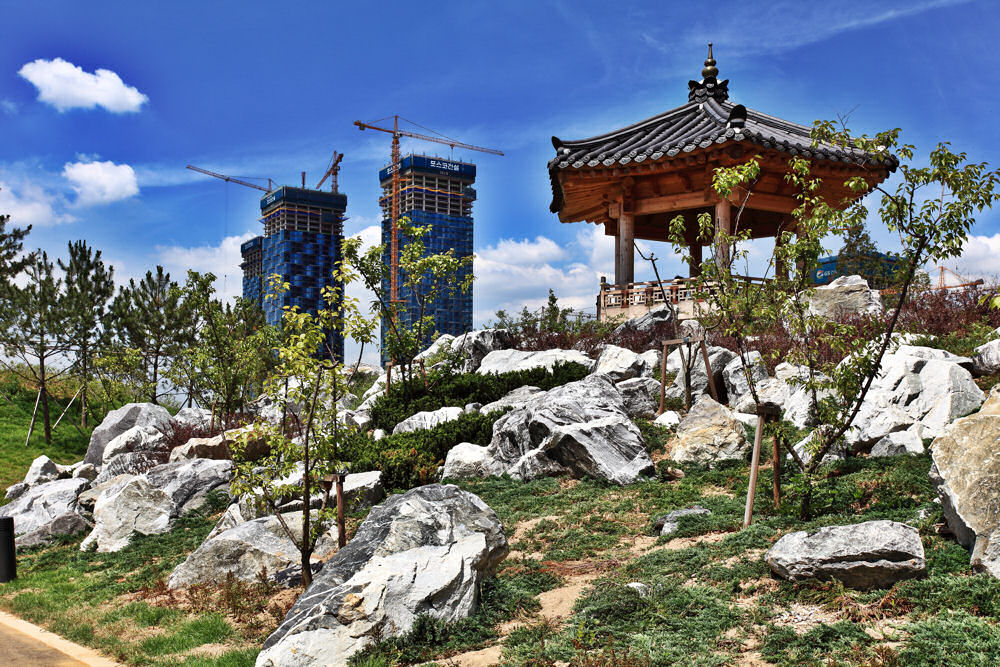 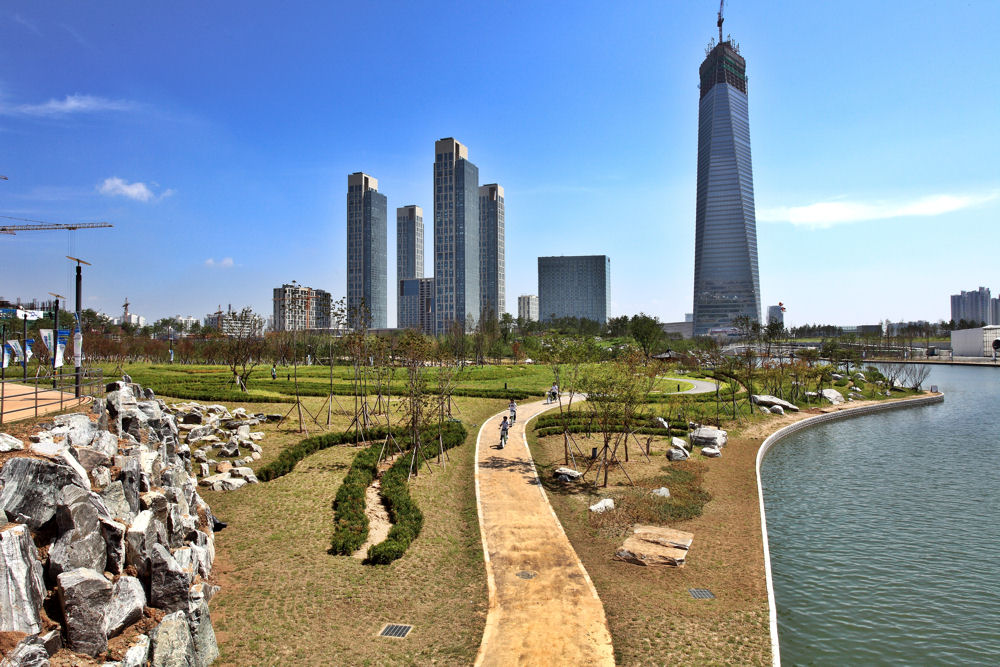 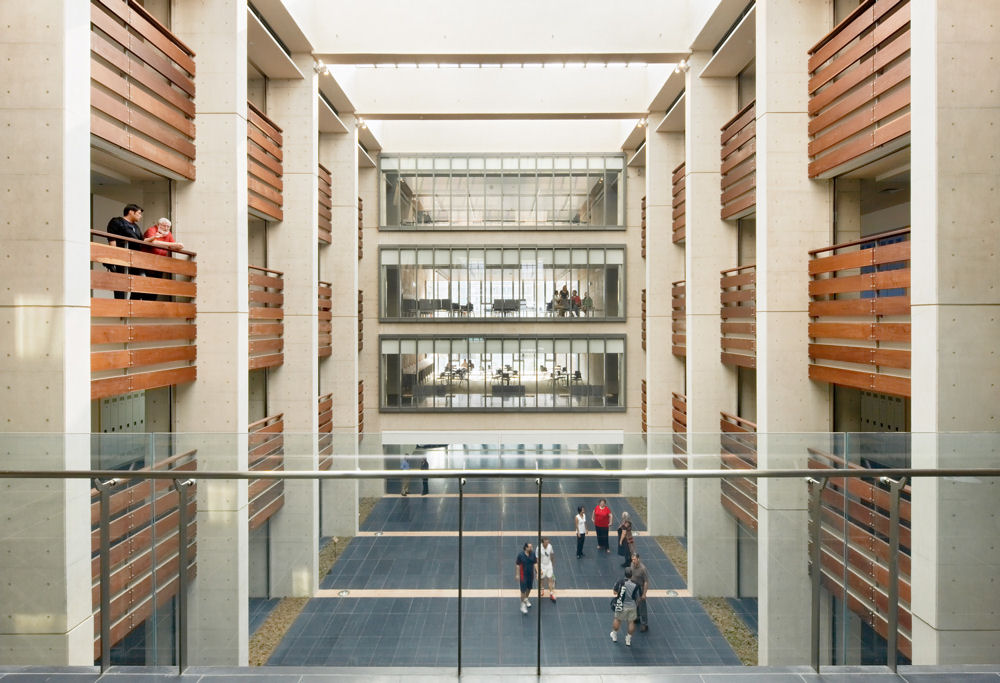 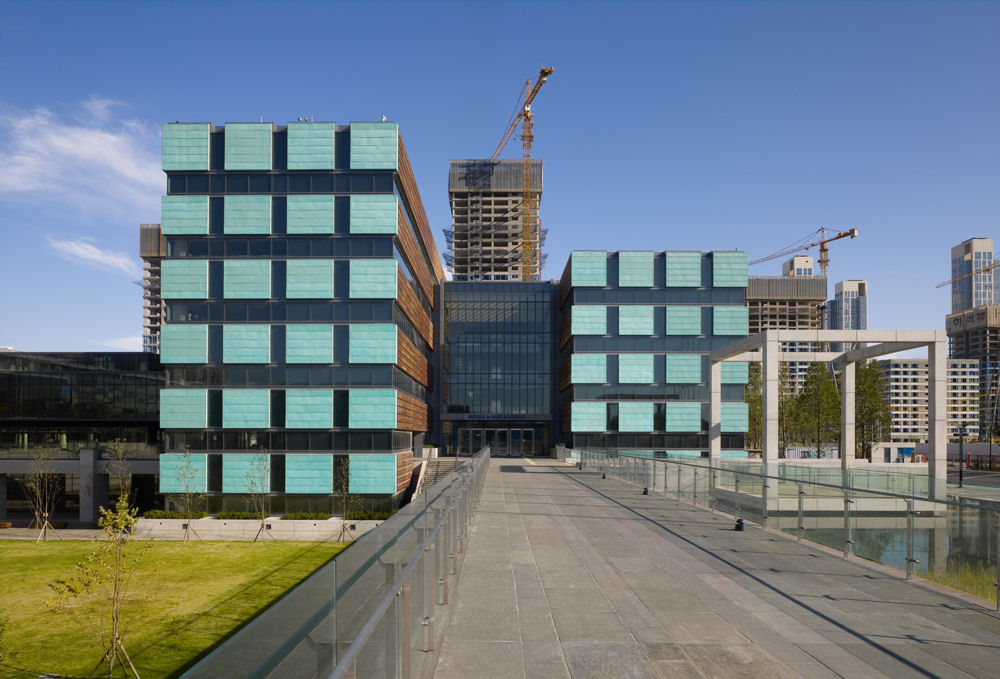 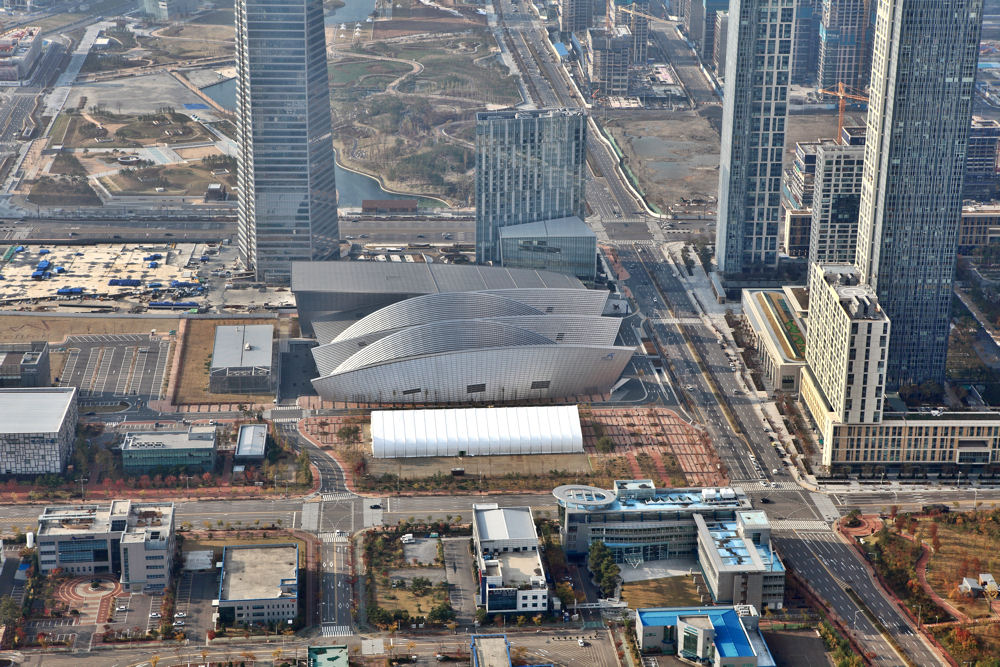 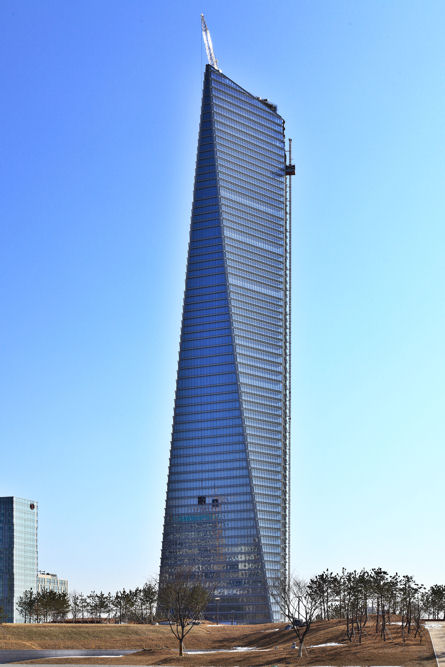 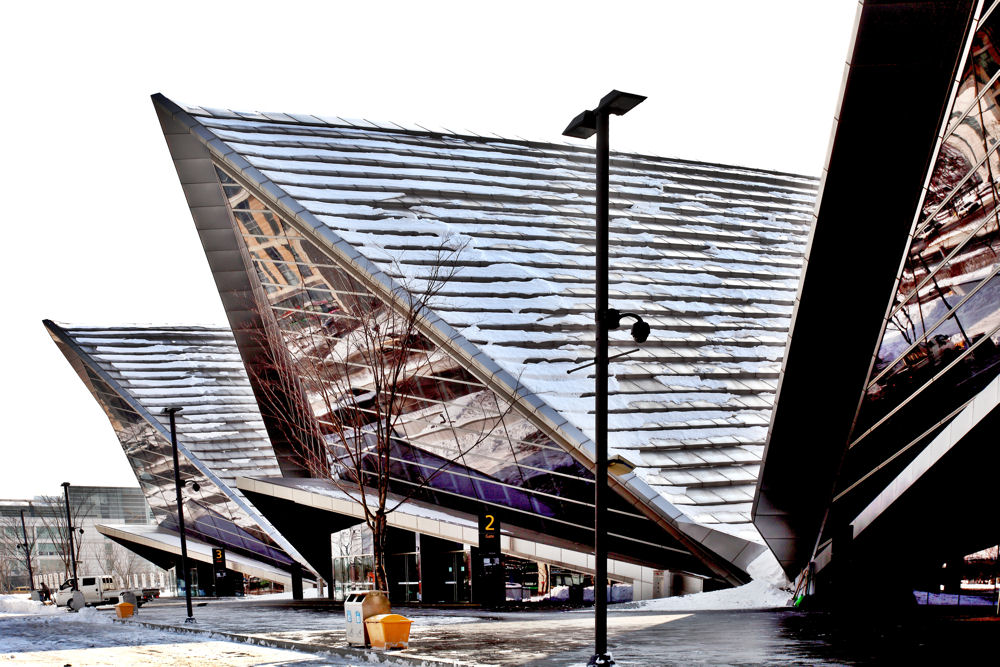 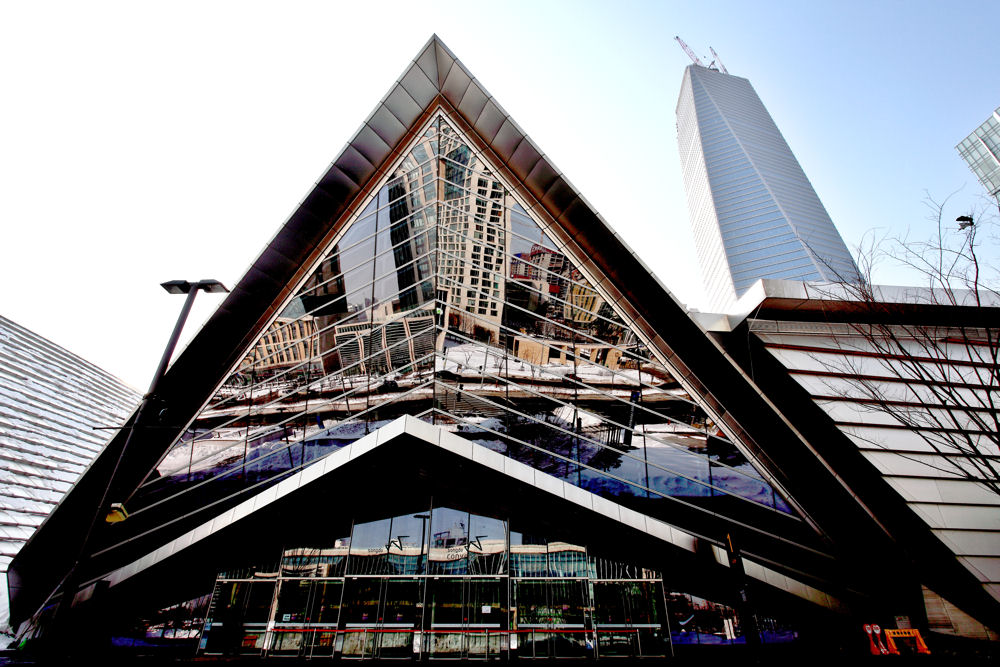 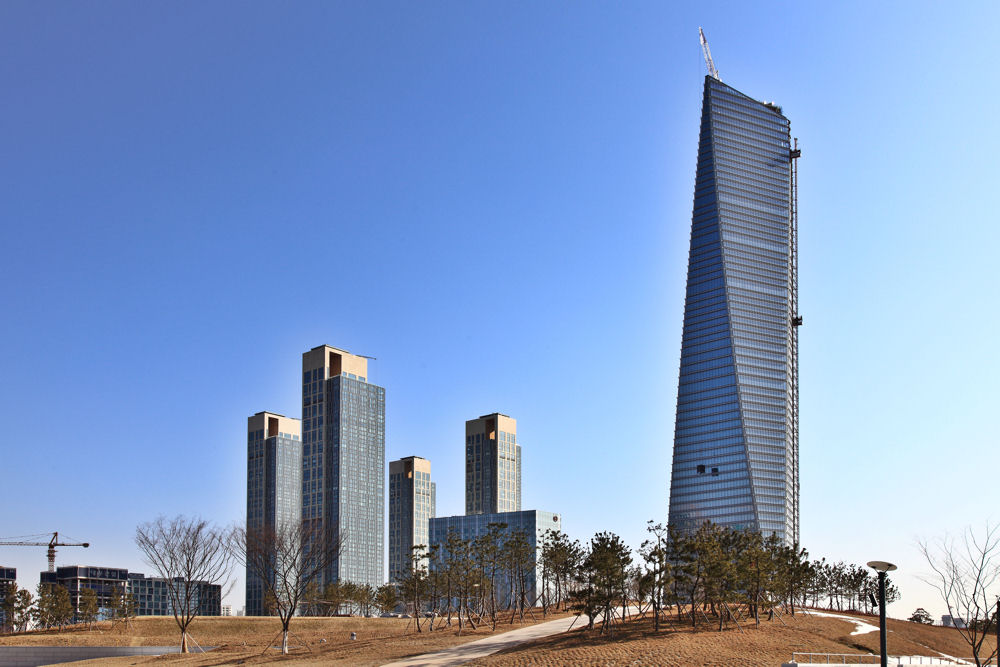 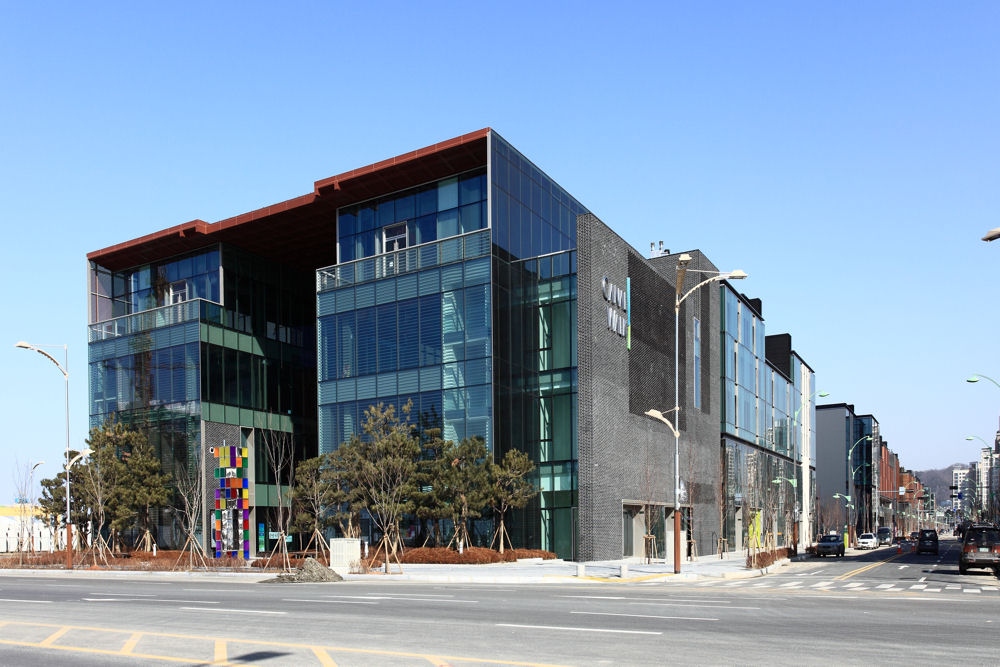 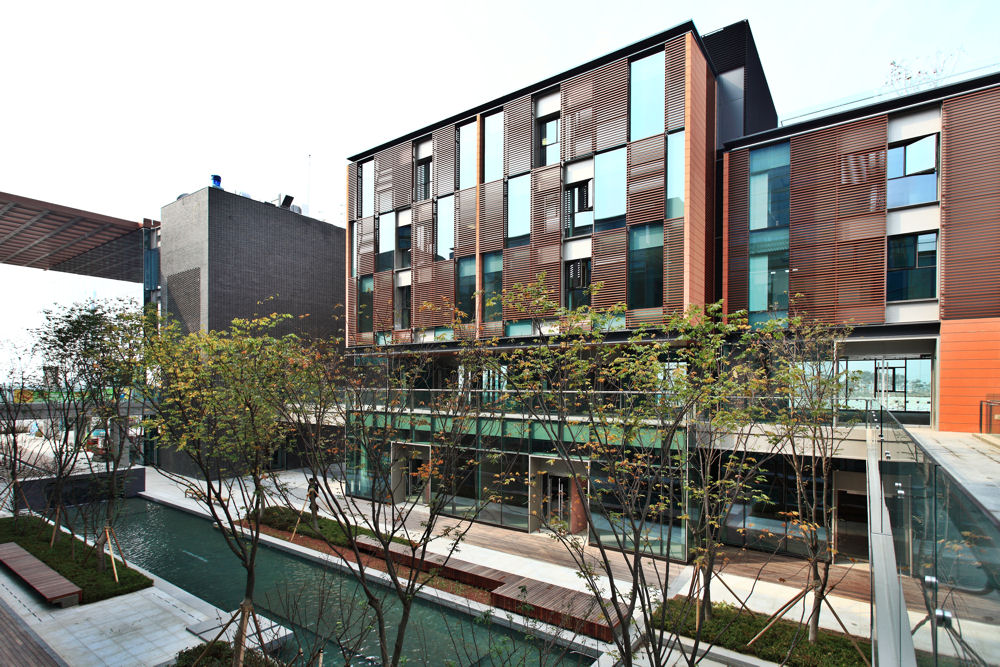 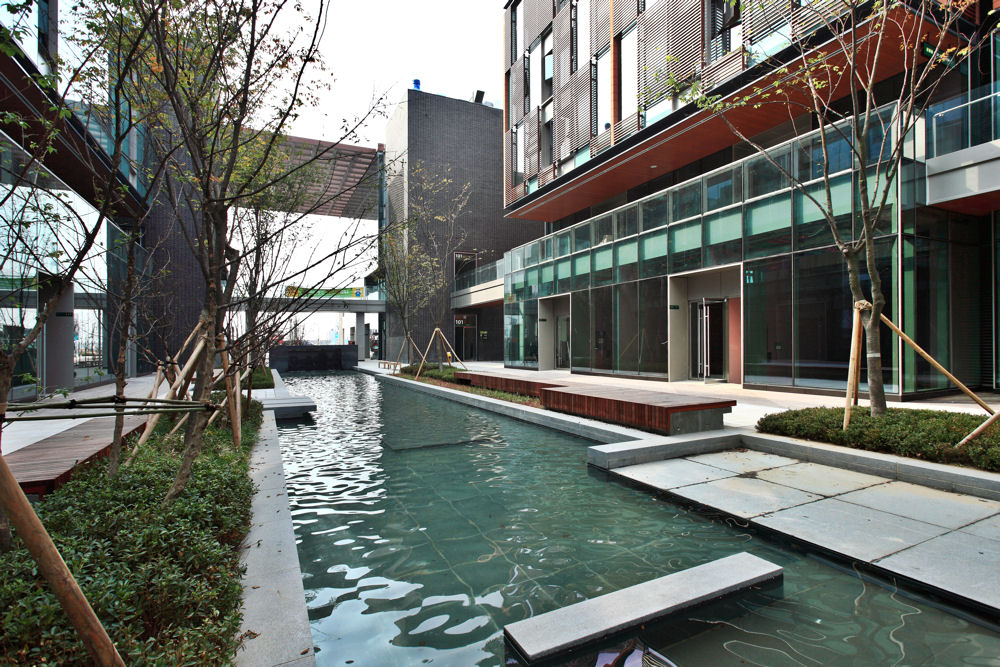 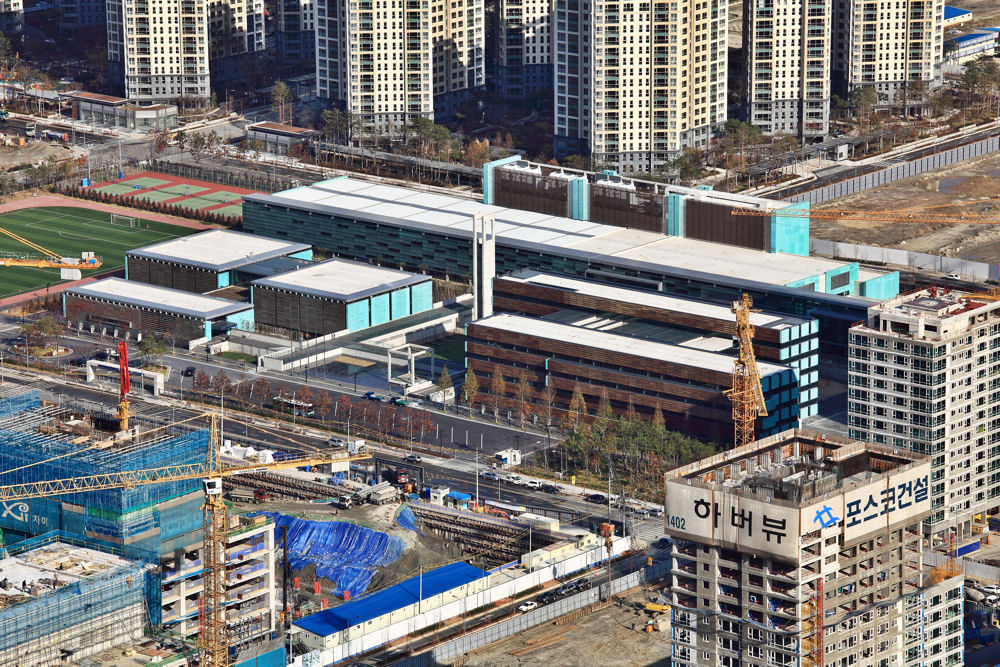 Three Towers for the Middle East, by Perkins + Will 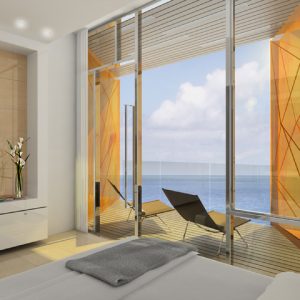 Three Towers for the Middle East, by Perkins + Will

In this, the most difficult lending and building environment since the Great Depression, Rob Goodwin in Perkins + Will’s...