Twenty-eight years ago, fresh out of Penn State with his newly minted architecture degree, Chuck Hilton set up practice in Greenwich, Conn.

There was one drawback though.

“I was trained in modern sensibilities and when I got here in the 1980s, no one wanted anything modern,” he says.

So he adapted, looking back to Virginia’s grand Georgian plantation houses – Shirley and Carter’s Grove among them – for inspiration. “Traditional architecture is firmly invoked here and so we taught ourselves to do it in renovations, and used reference libraries to do the best version of whatever style we were doing,” he says.

His newest effort is a 7,500 square foot Georgian Revival home in the Khakum Wood section of Greenwich, a neighborhood originally laid out by Frederick Law Olmsted in the early 20th century. It’s sited on two-and-a-half acres, and built of oversized Glen-Gery brick laid in a Flemish bond pattern.

“The site was empty when we got there – it’s a beautiful old neighborhood,” he says. “There were some abandoned footings that we built on top of – we were on top of 80 percent of them and 20 percent forward.”

His client asked for a home that would stand the test of time – one that would be a “live in forever” kind of house. “So on the exterior, we paid a lot of attention to proportion and scale and the golden rectangle,” he says. “Whether a home is Georgian, or French Revival or Mediterranean, whatever our research indicates, our style and elements and materials stay consistent with that direction.”

It offers a graceful approach from the street, with a driveway, forecourt, a private back yard with pool, trees, plantings, lawn and gazebo. “Georgian Revival lives well – it’s organized and classic,” he says.

It’s also an award-winner – in the 2016 Brick in Architecture Awards program, which recognizes the prominent use of firebrick in American and Canadian projects completed after 2011.

And lo and behold – the door to modernism is finally beginning to crack open for the firm, especially with interiors. 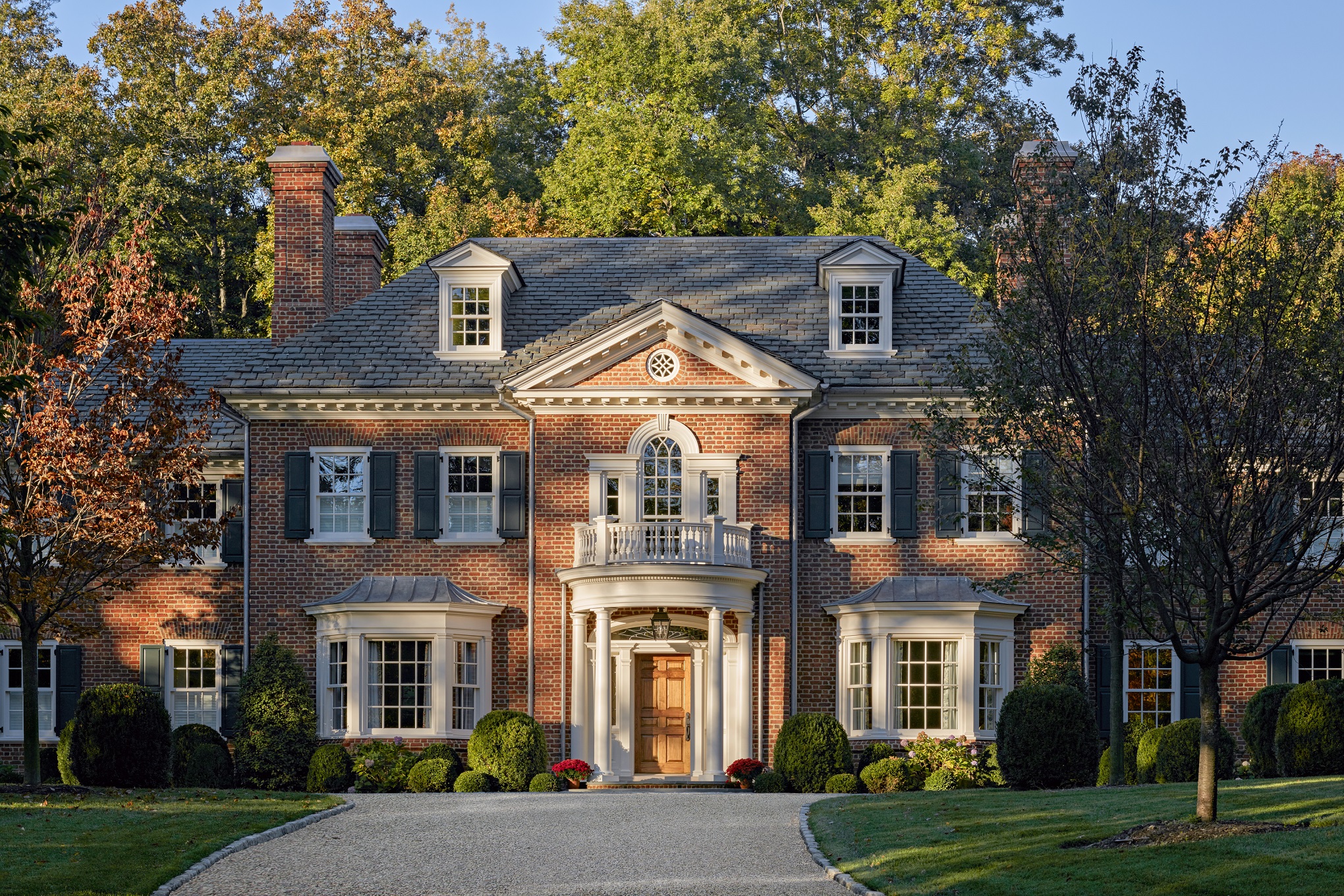 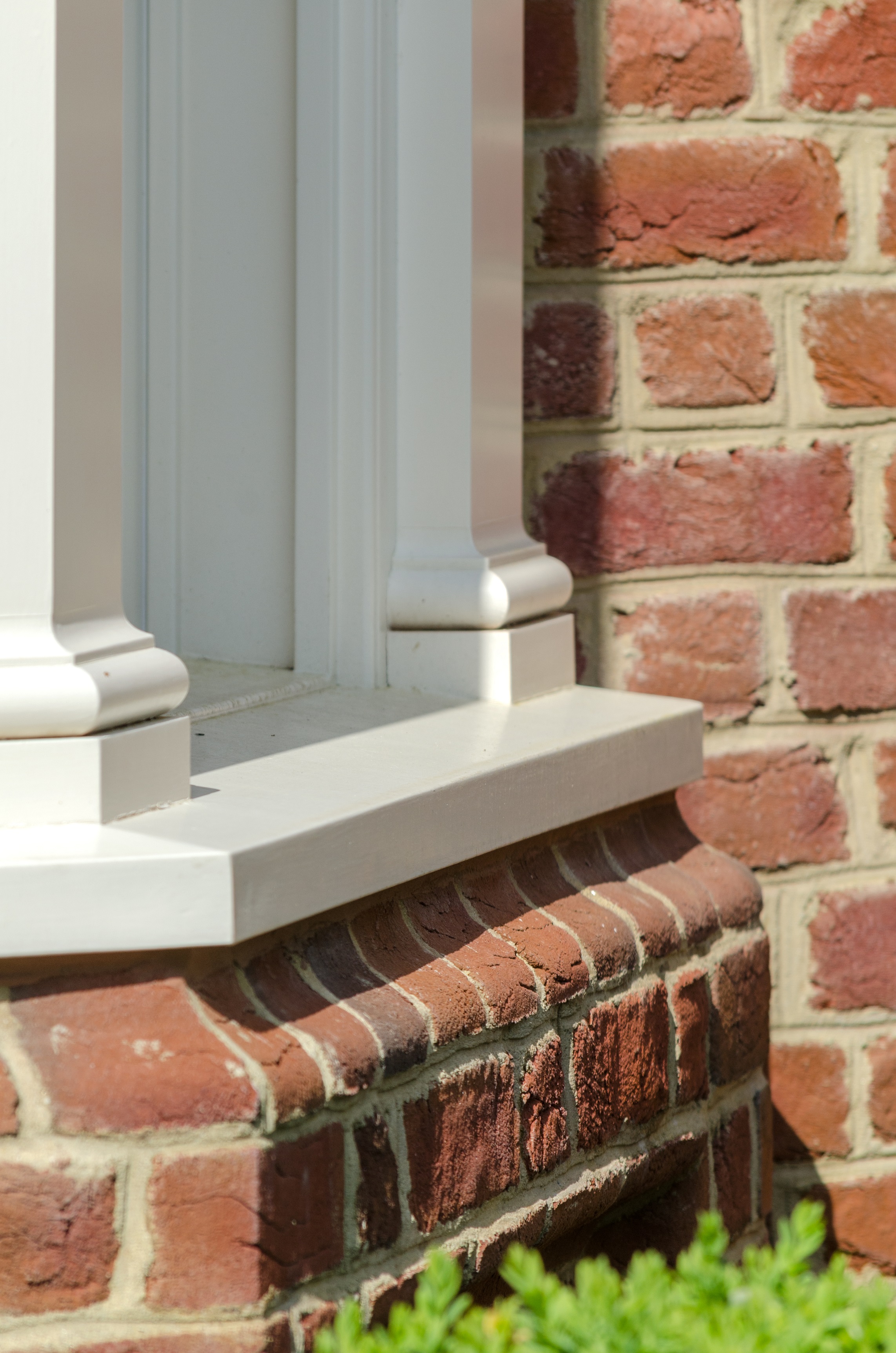 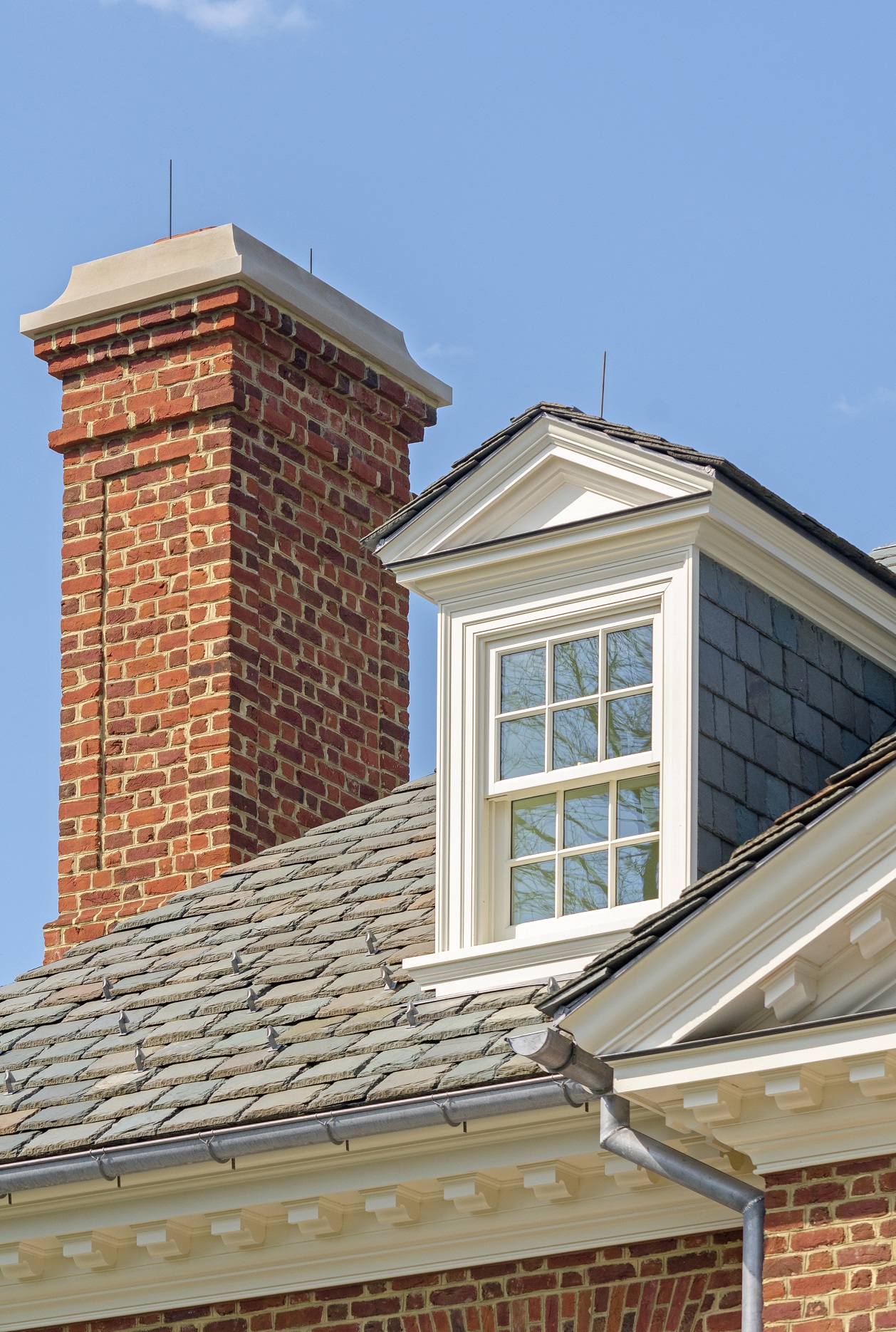 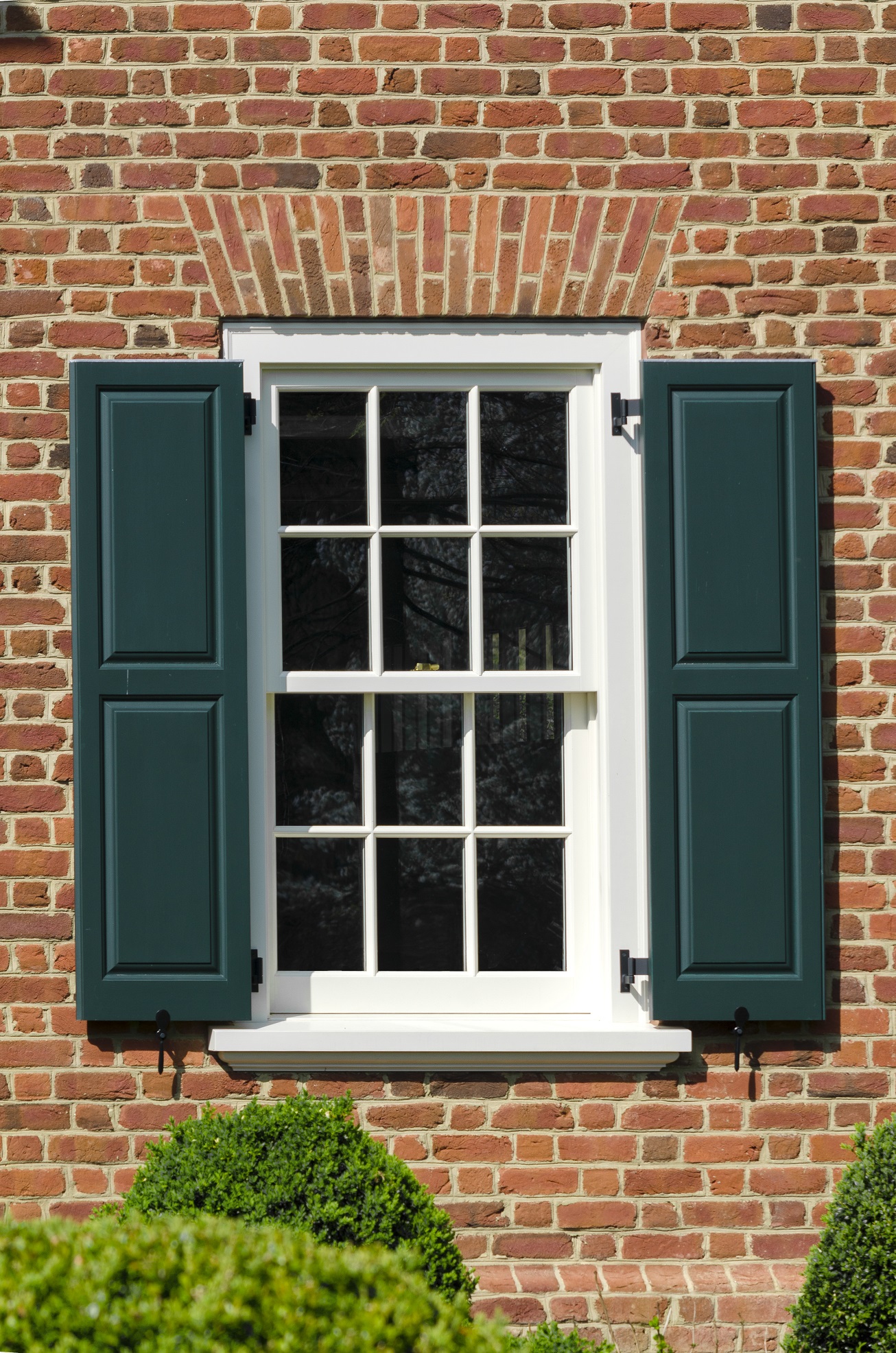 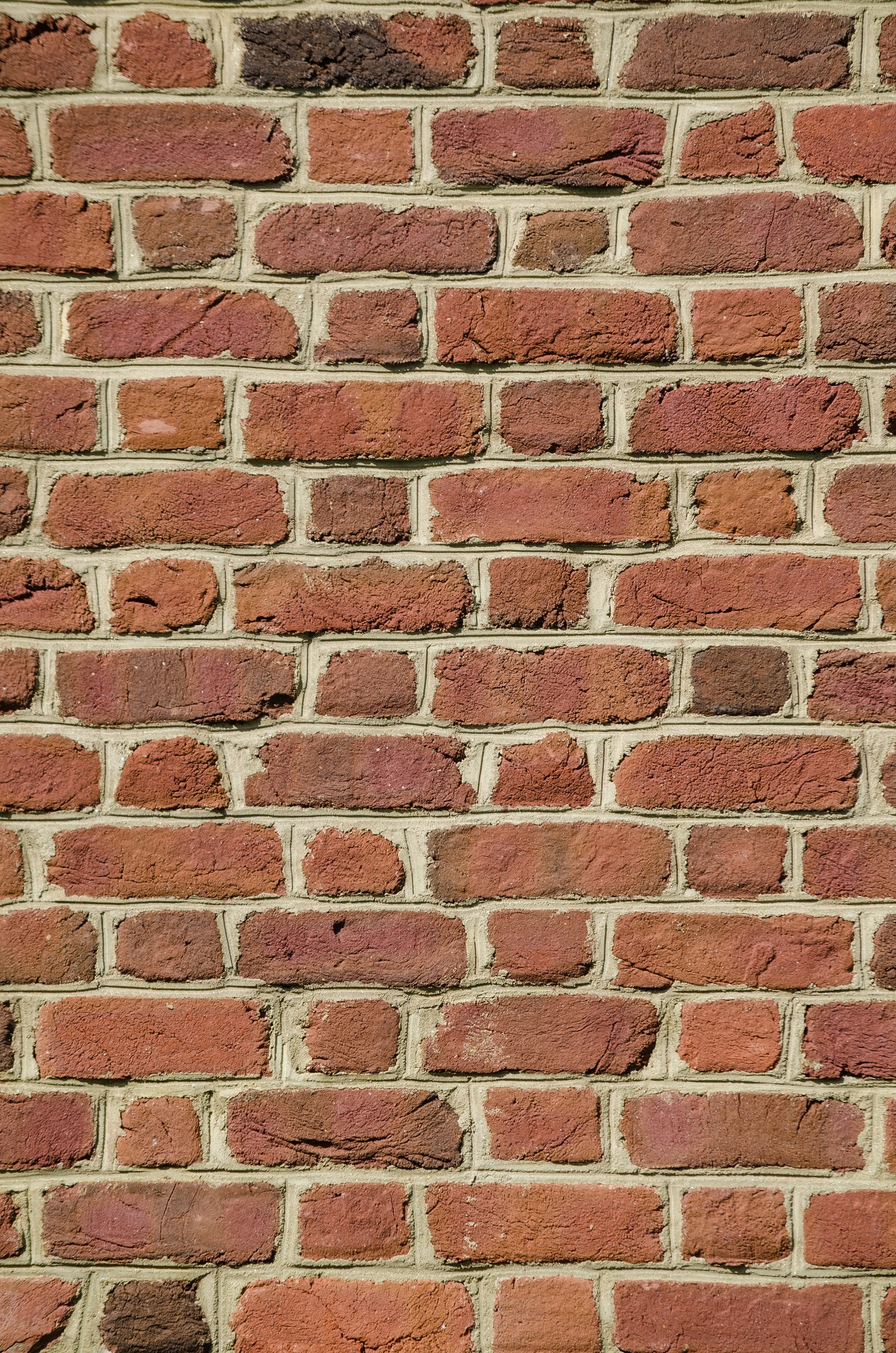 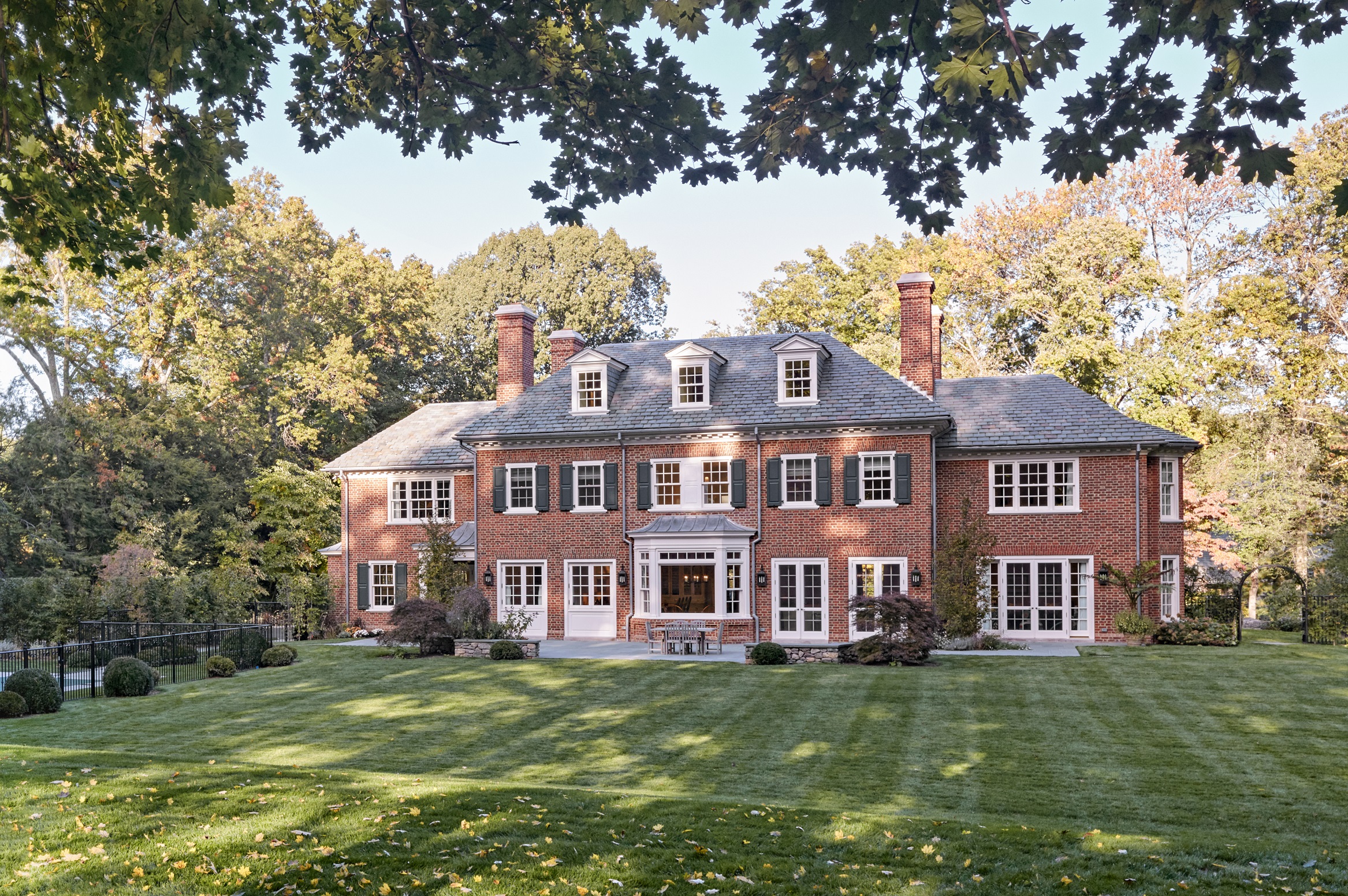 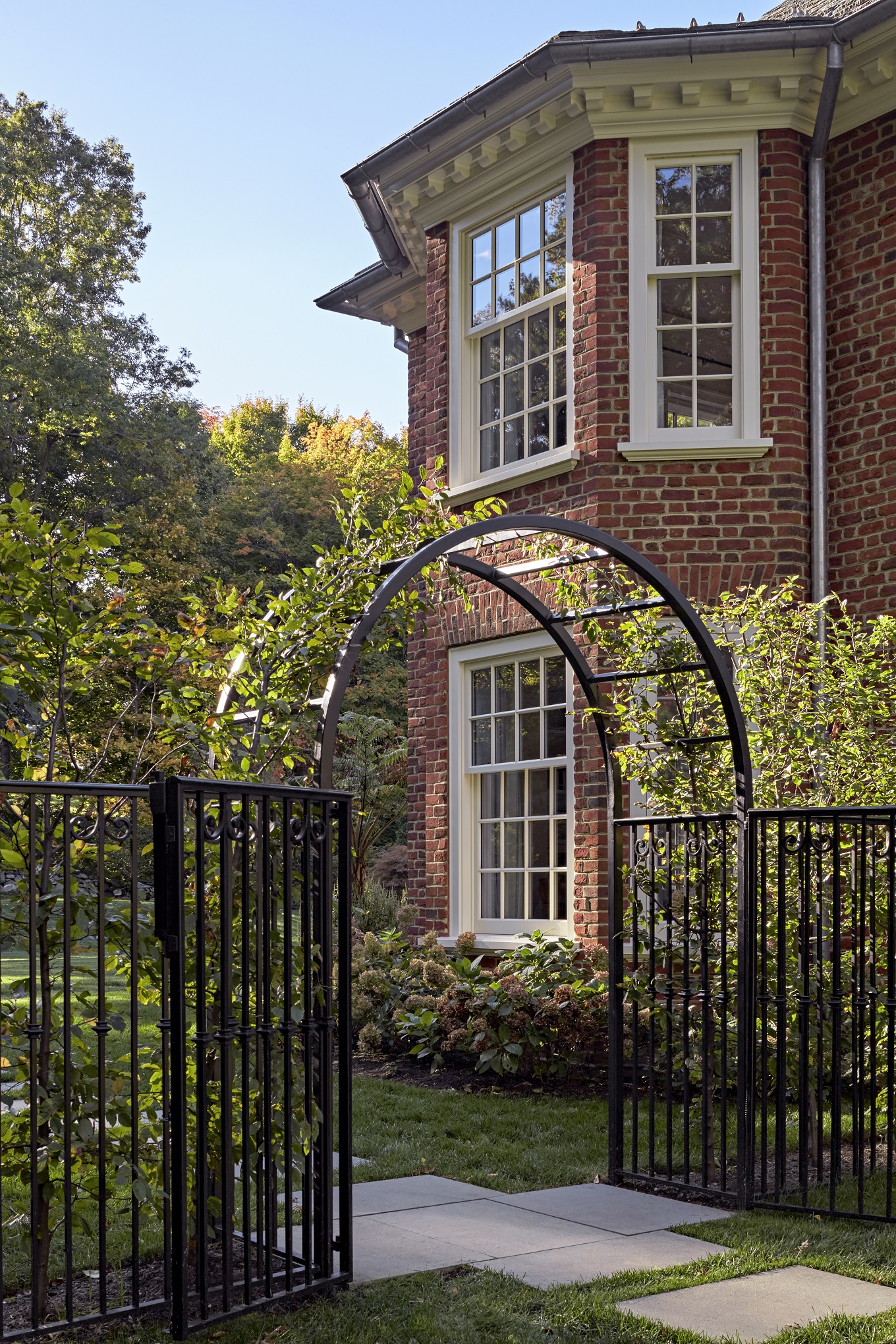 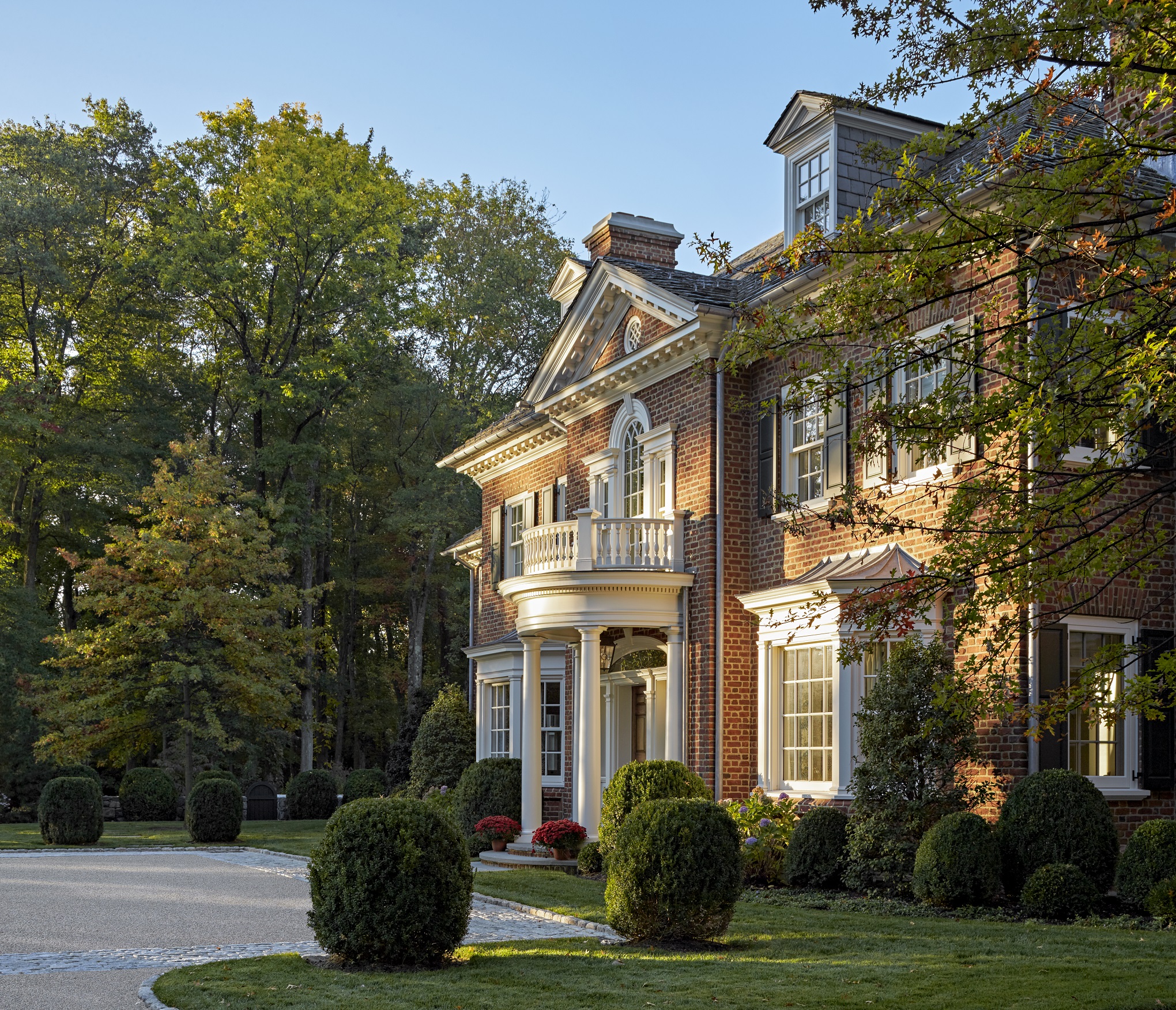 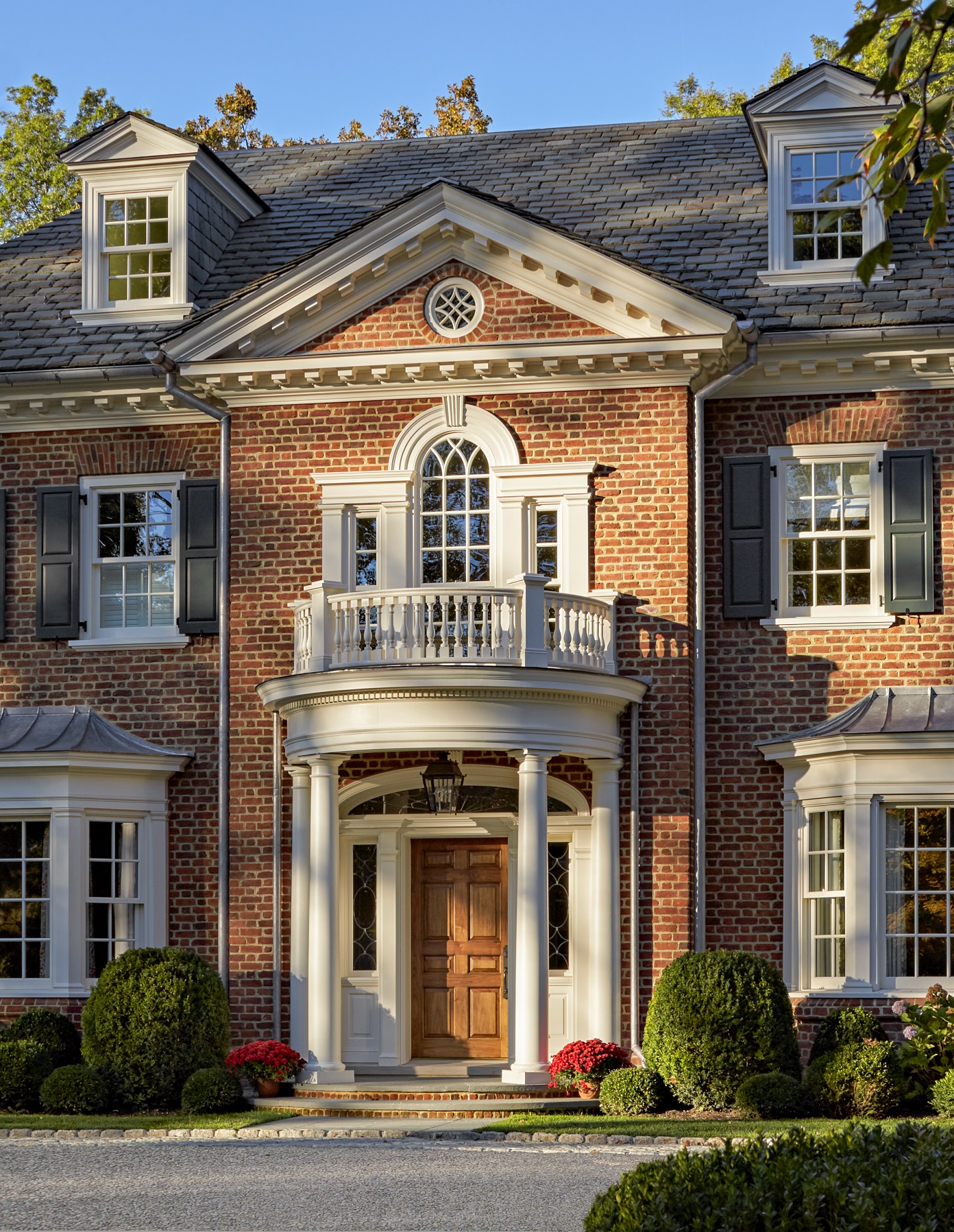 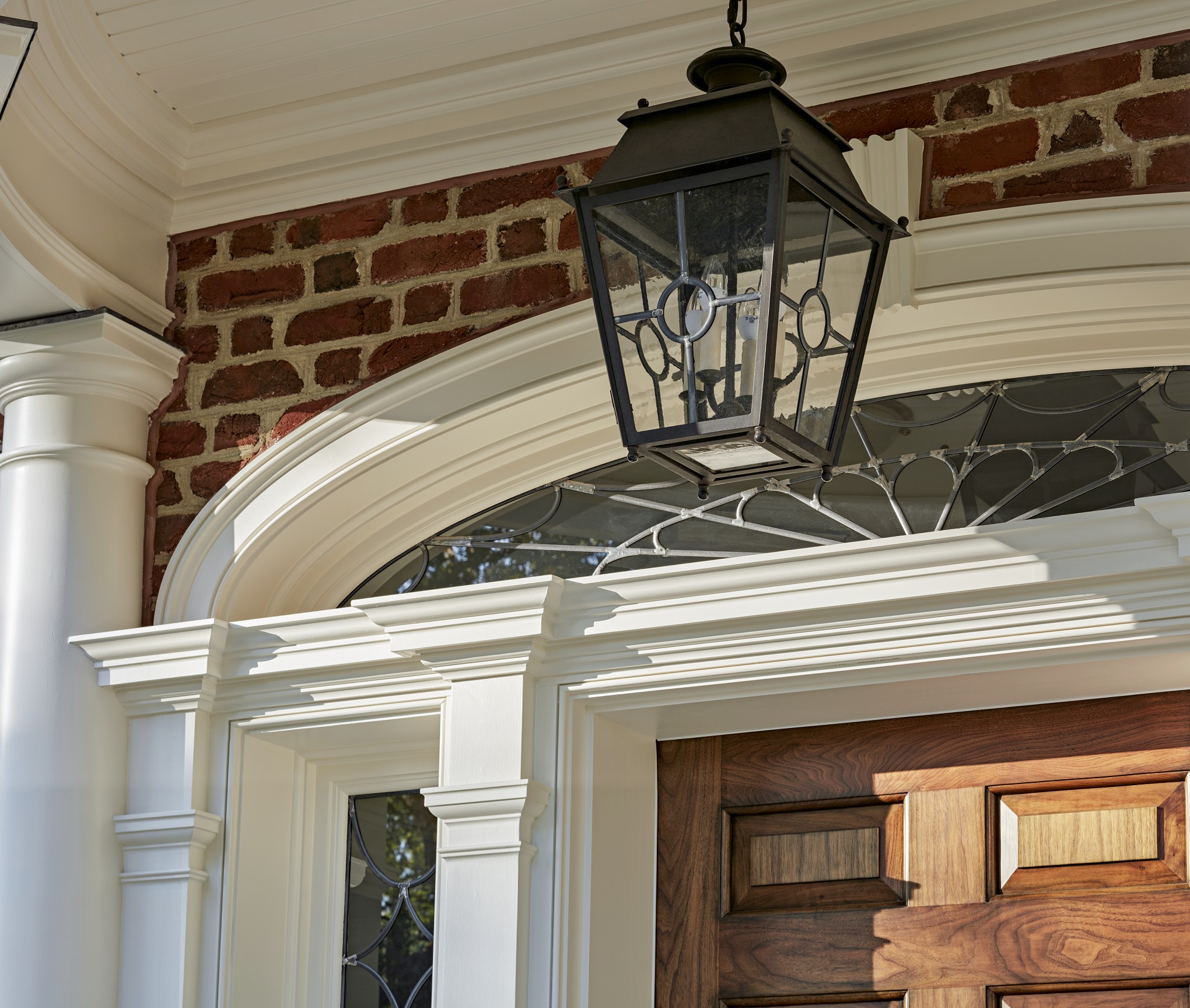 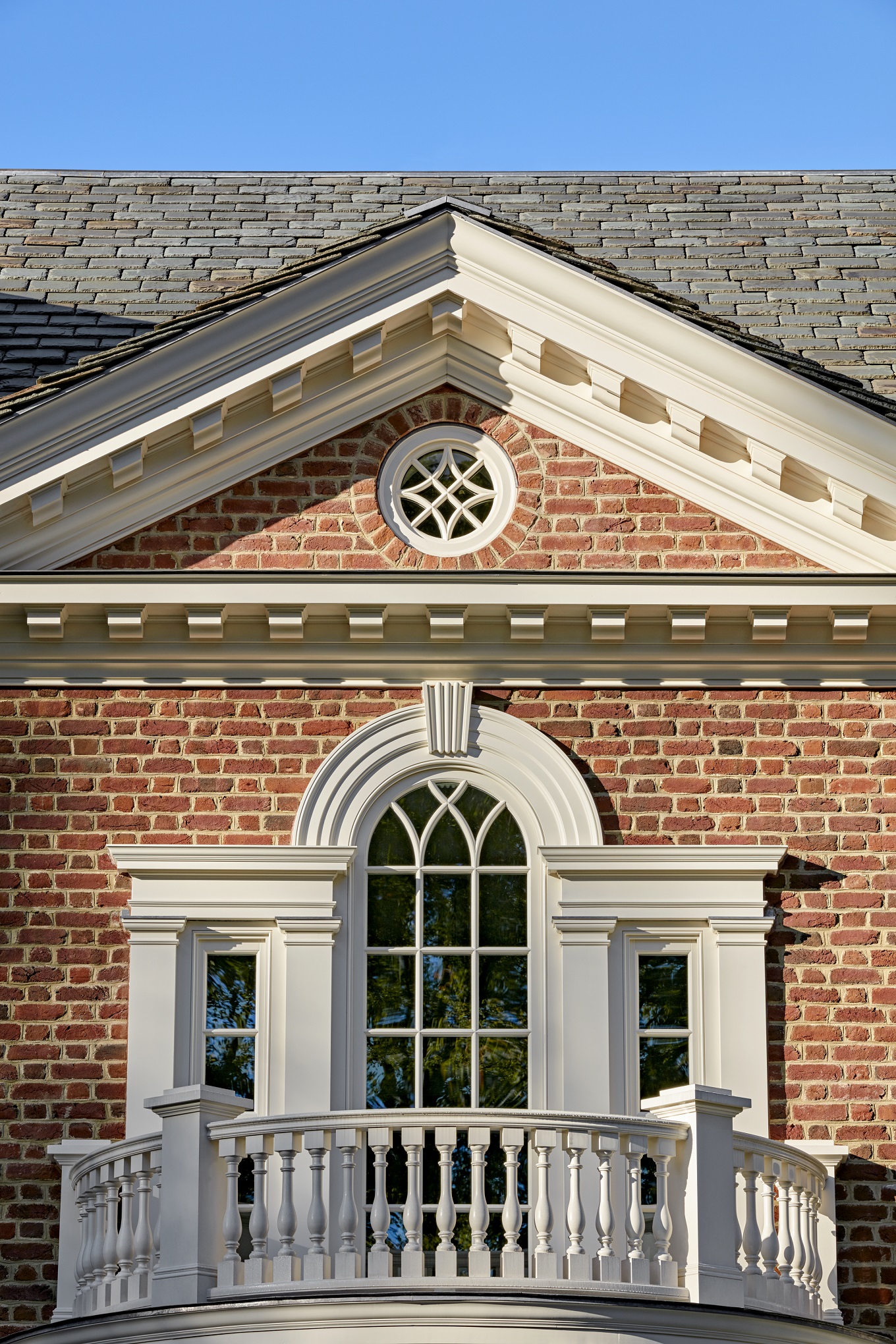 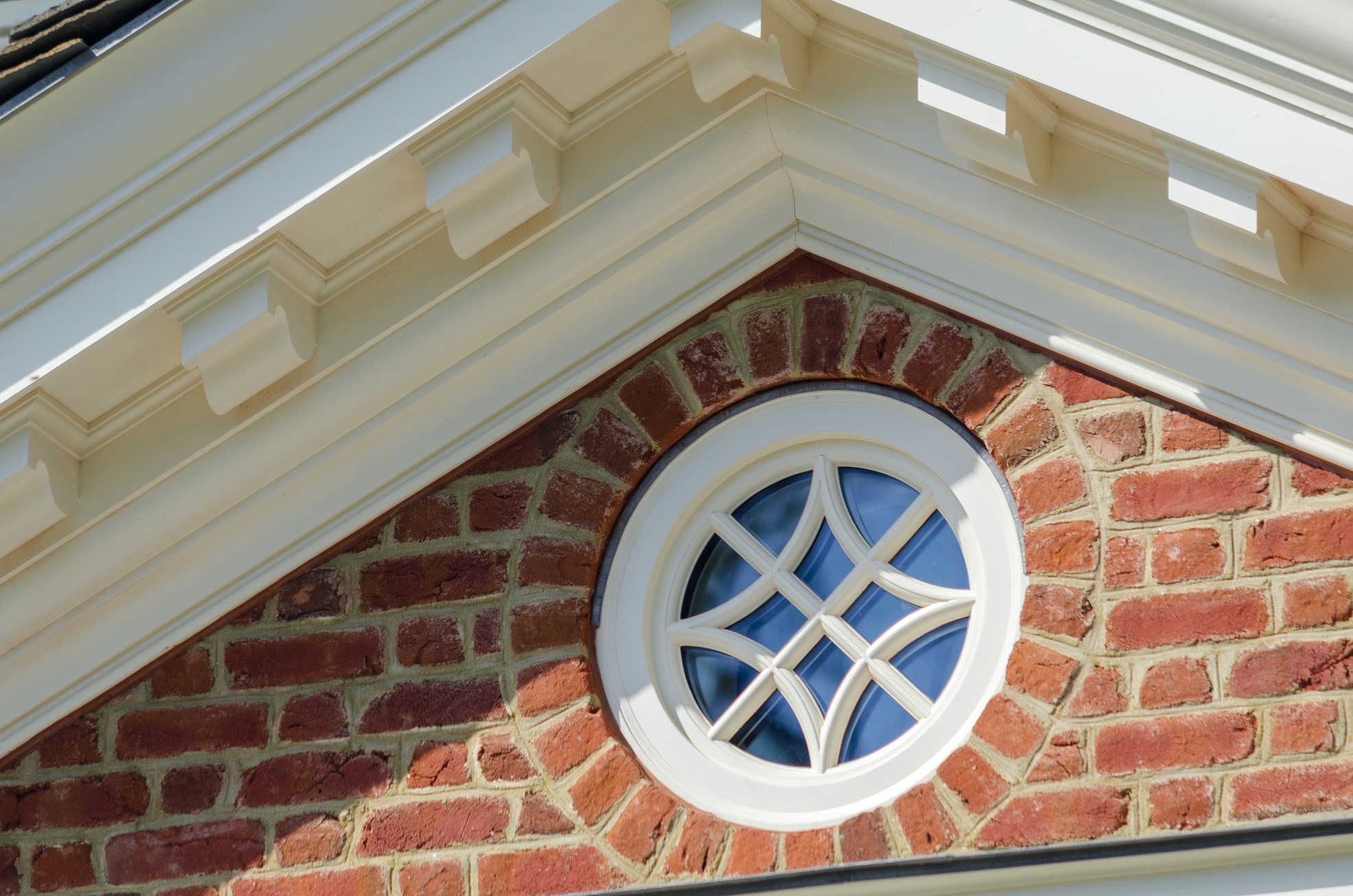 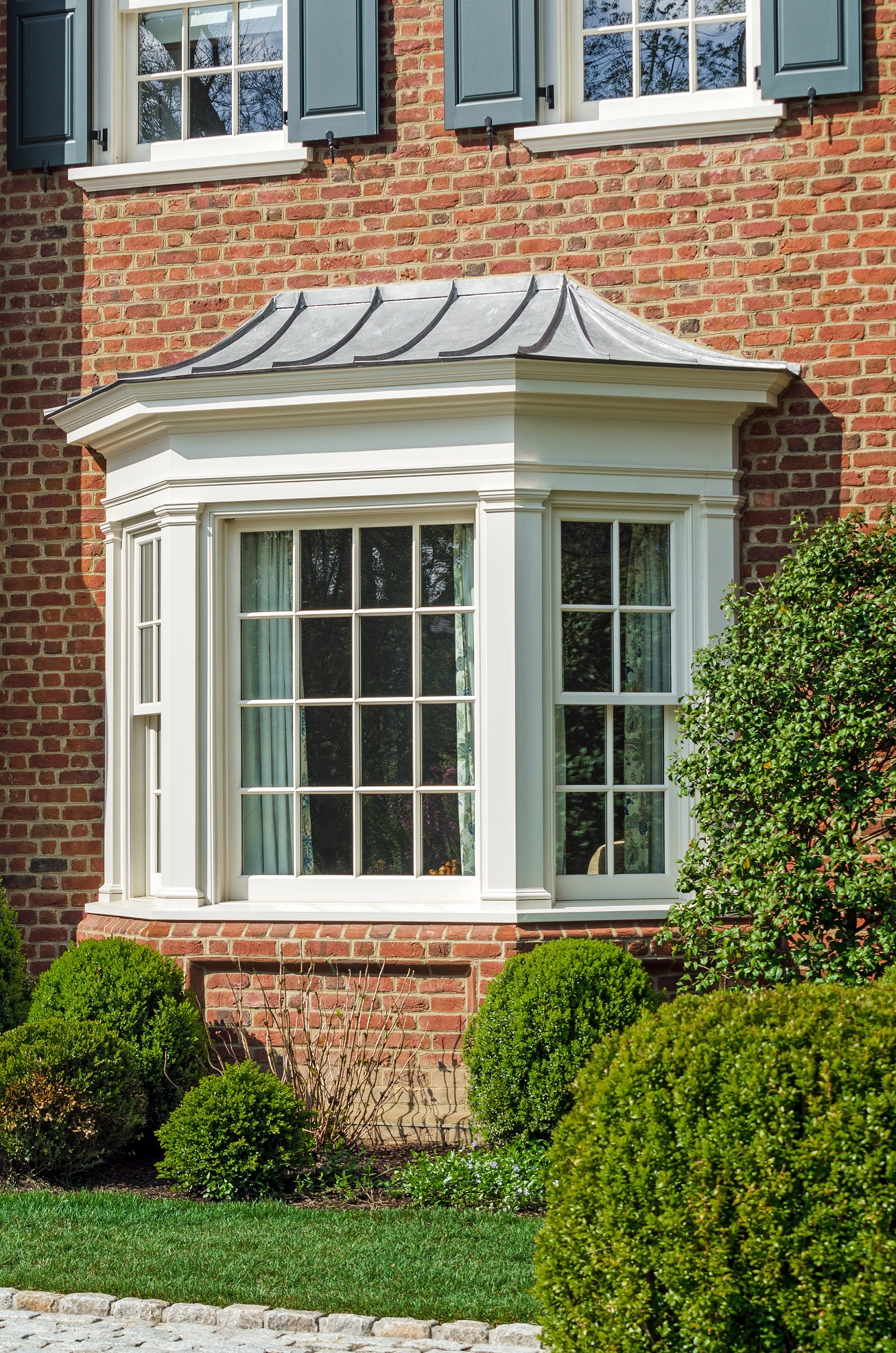