It’s done in the shingle style, and more than a little reminiscent of H.H. Richardson’s 19th century work – a taut skin stretched over volume and mass, then punctured with openings for windows and doors.

The biggest challenge initially was to shoehorn the slim, narrow building comfortably into its site. “There’s the symmetry and simplicity of the central eyebrow bay, but at the same time there’s a delicate formality, like an old, sweet gentleman in a tie,” he said.

A formal structure, it’s still a soft house that fits into its site well. 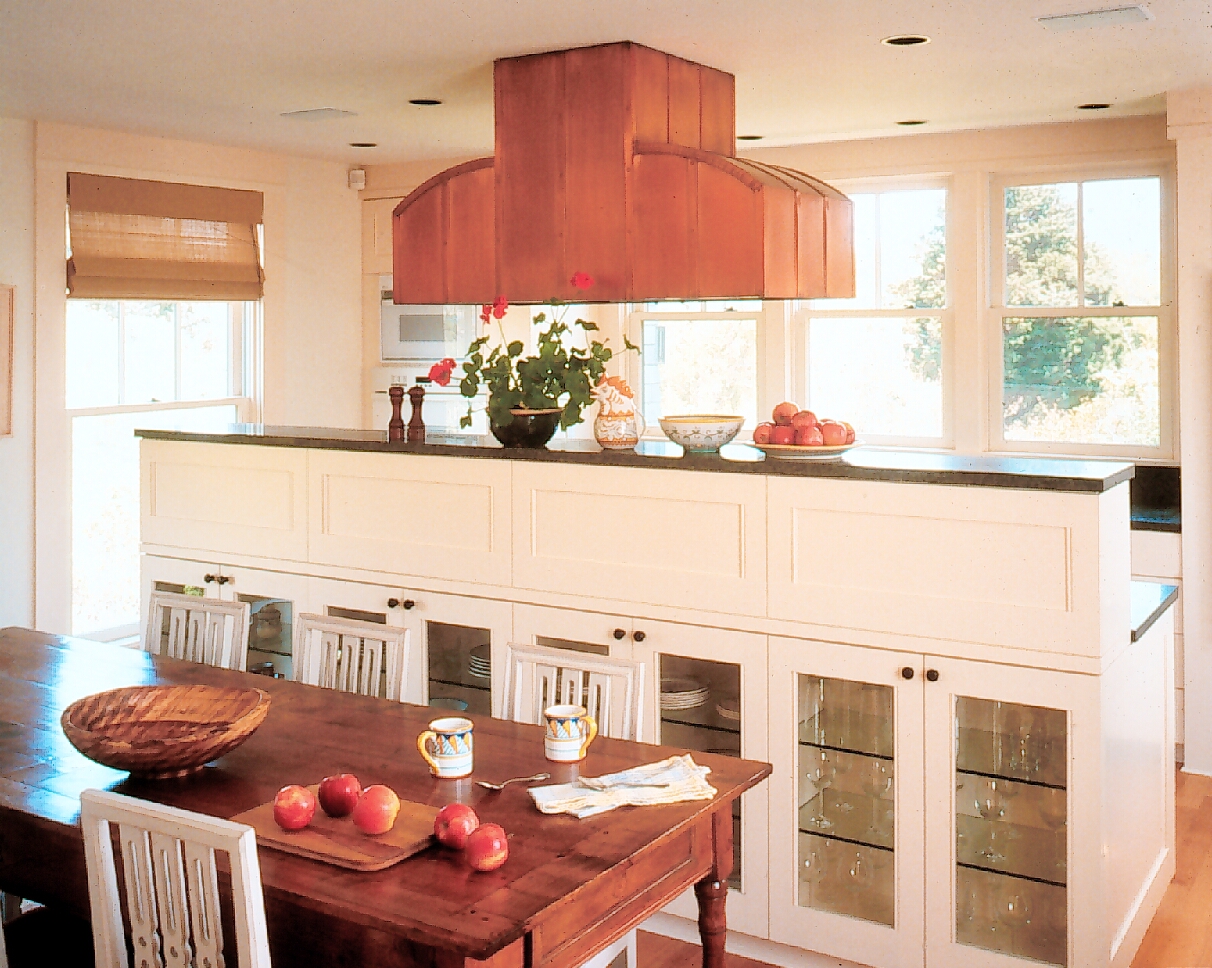 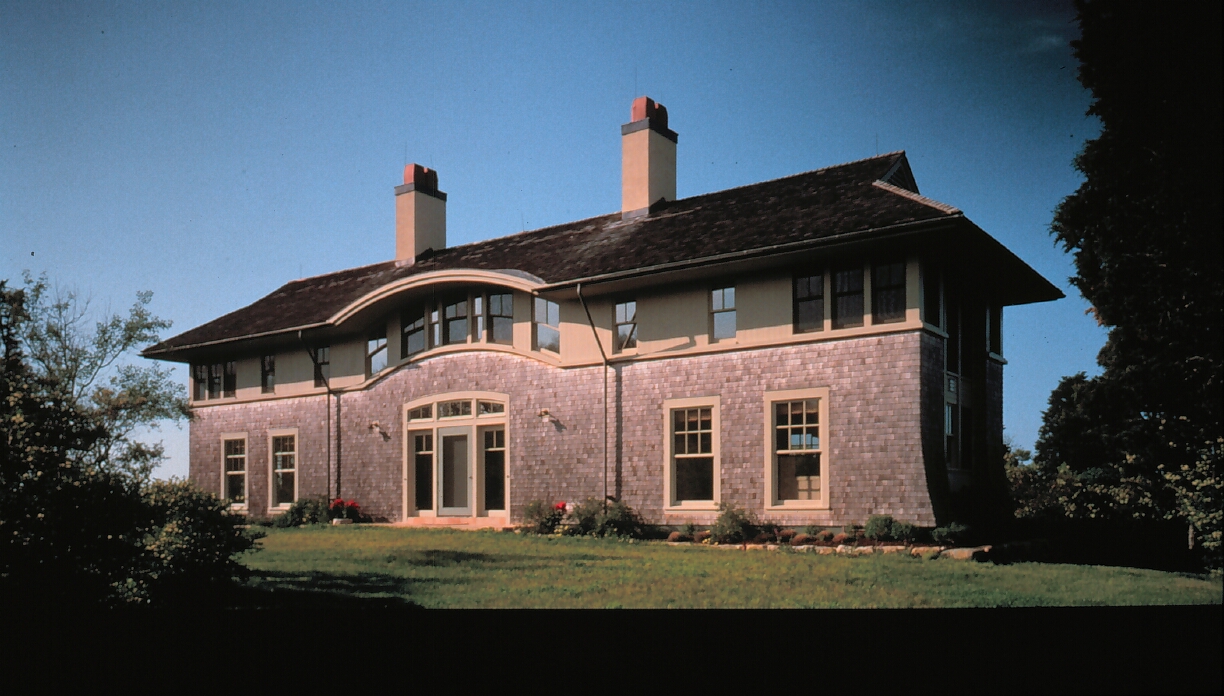 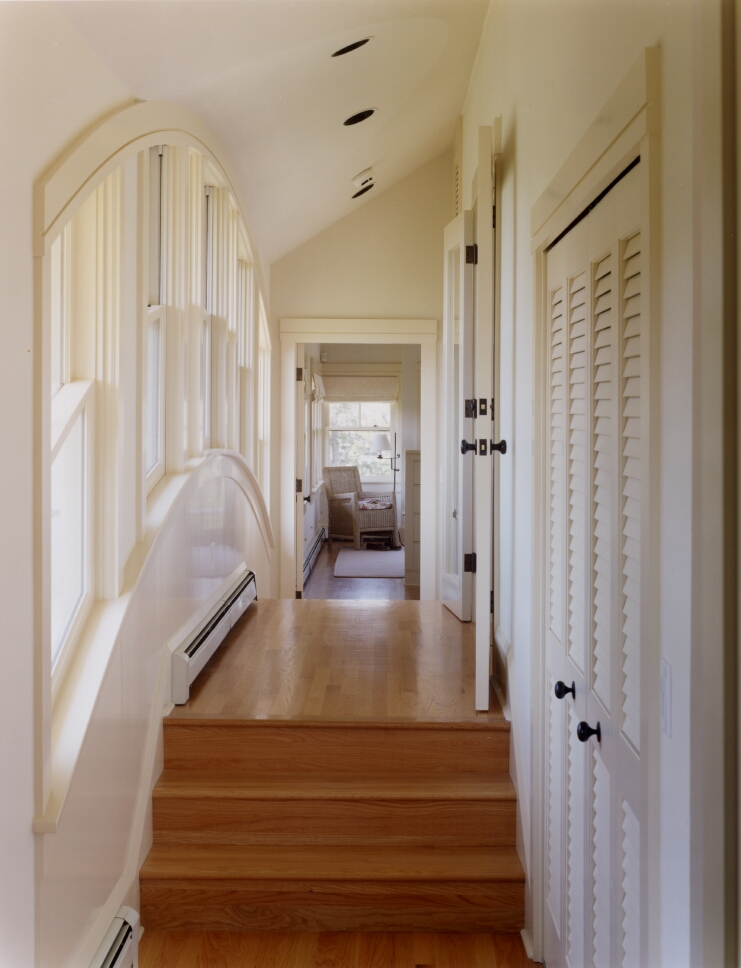 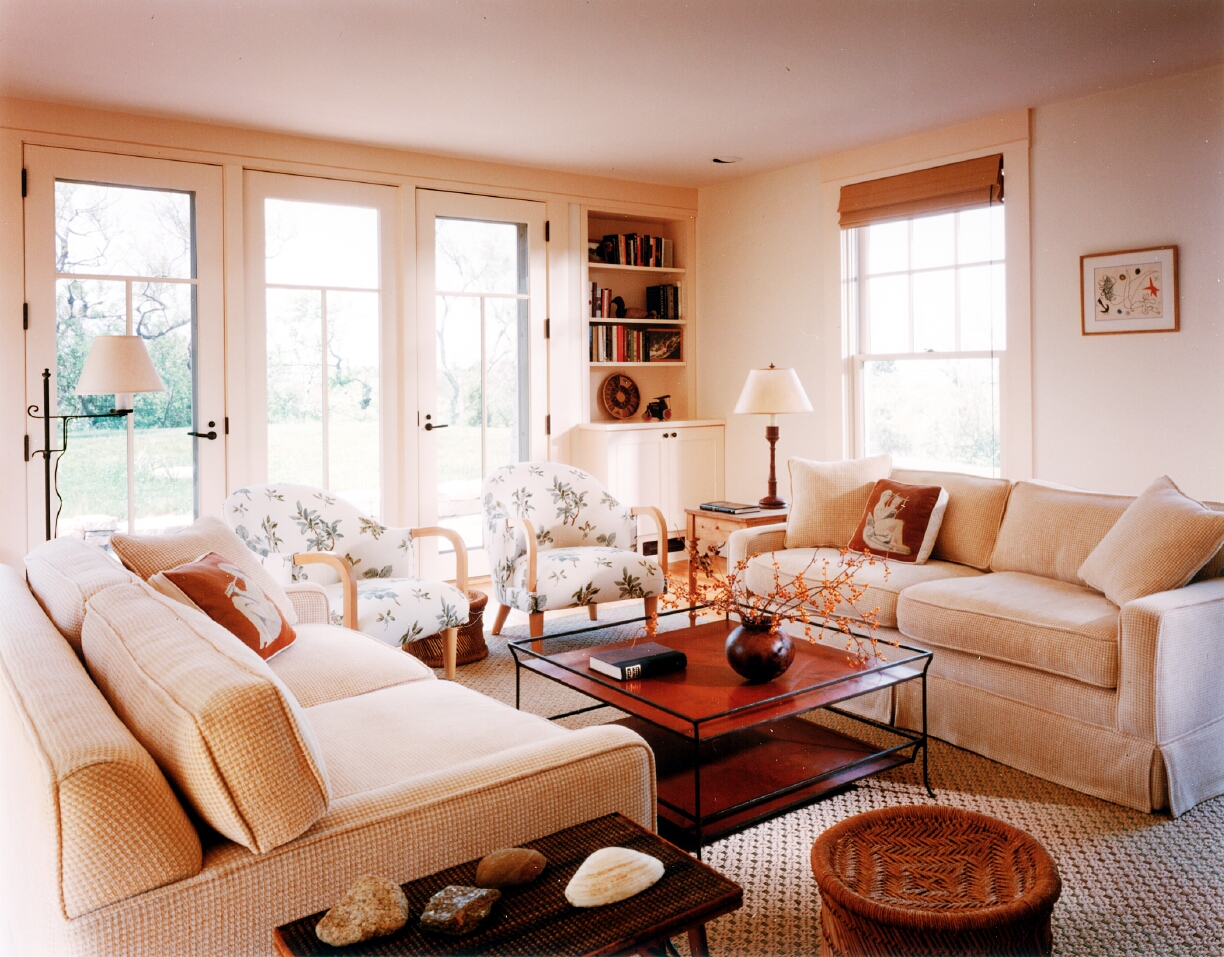 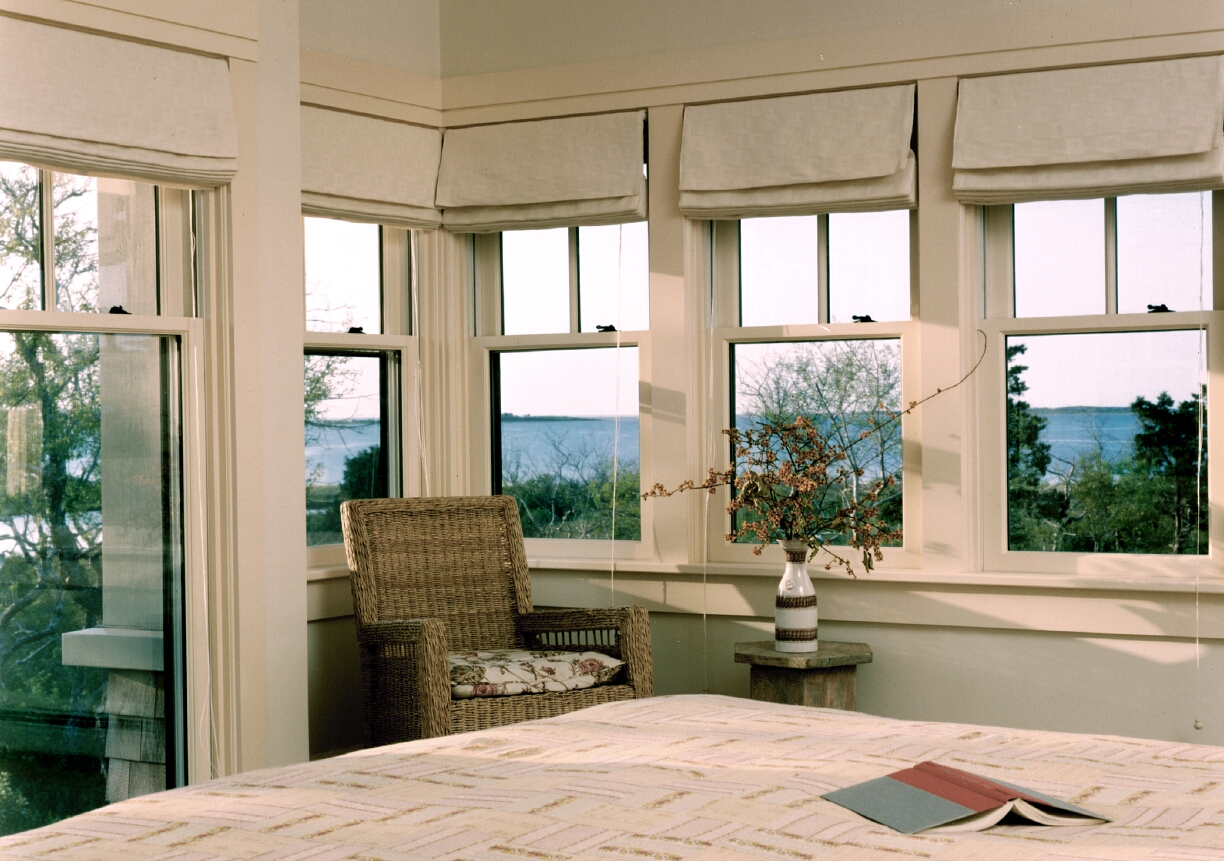 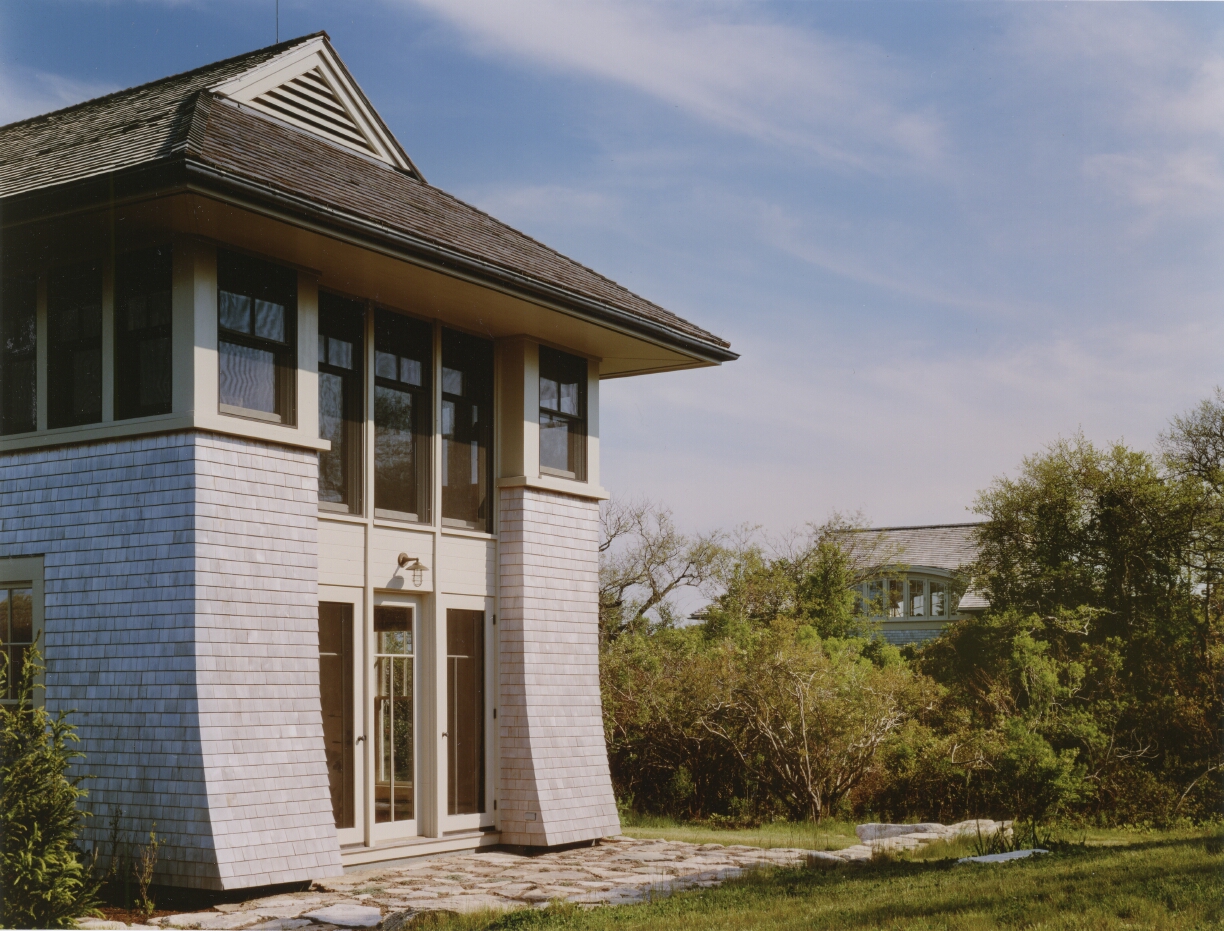 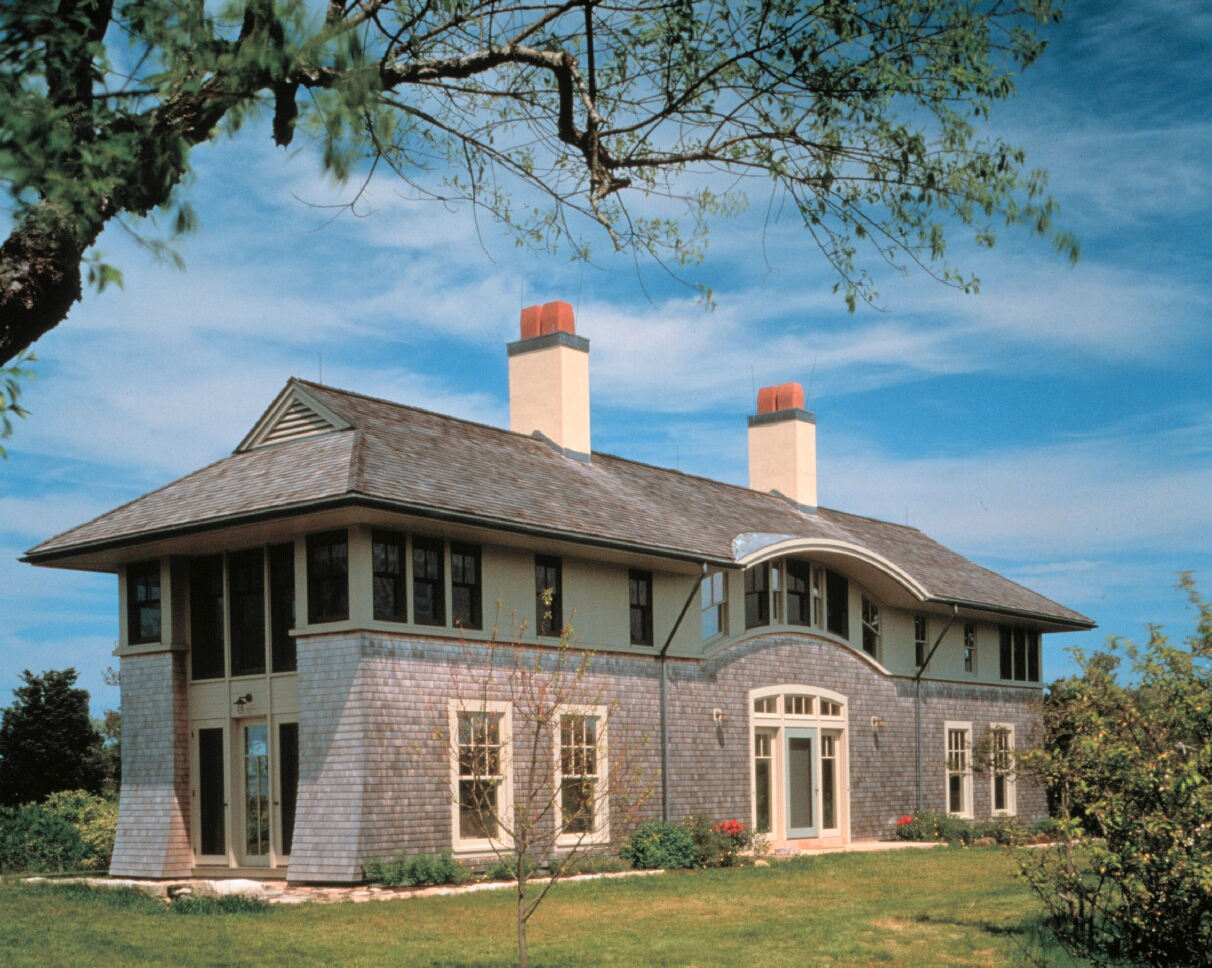 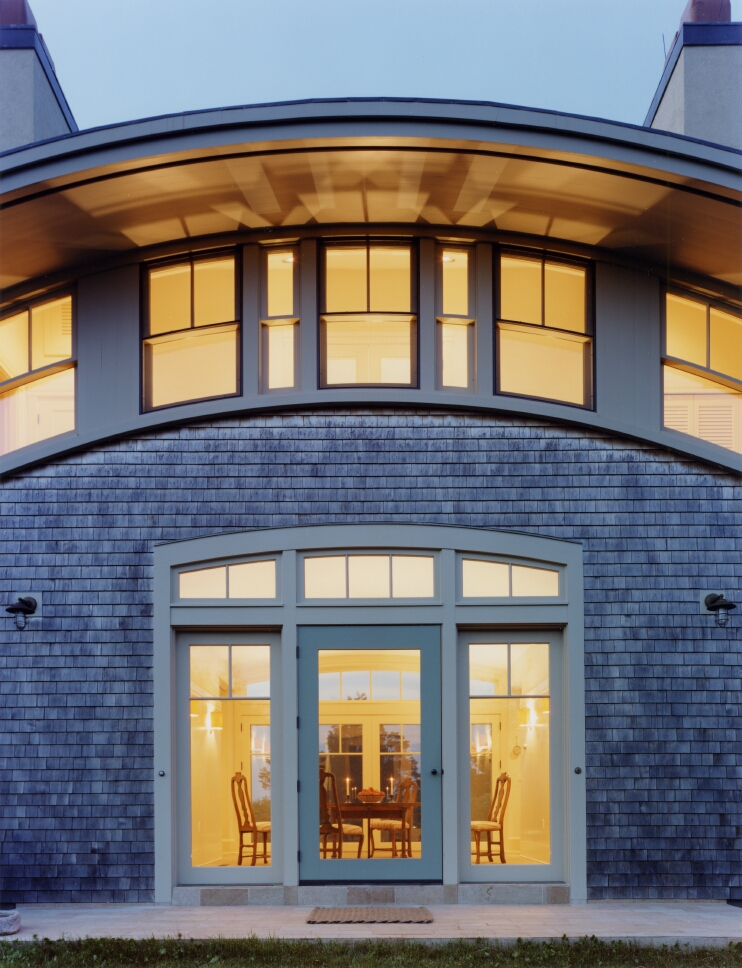 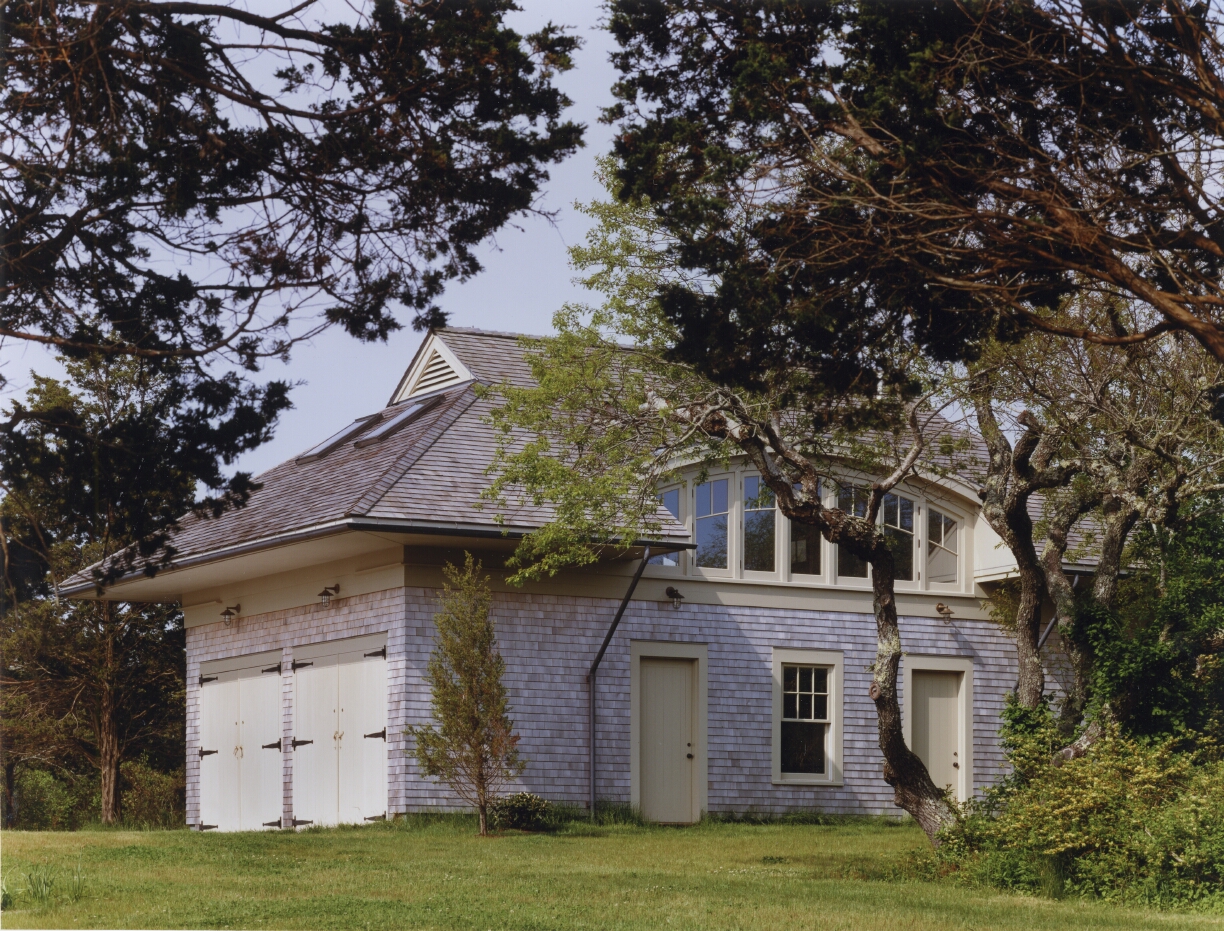 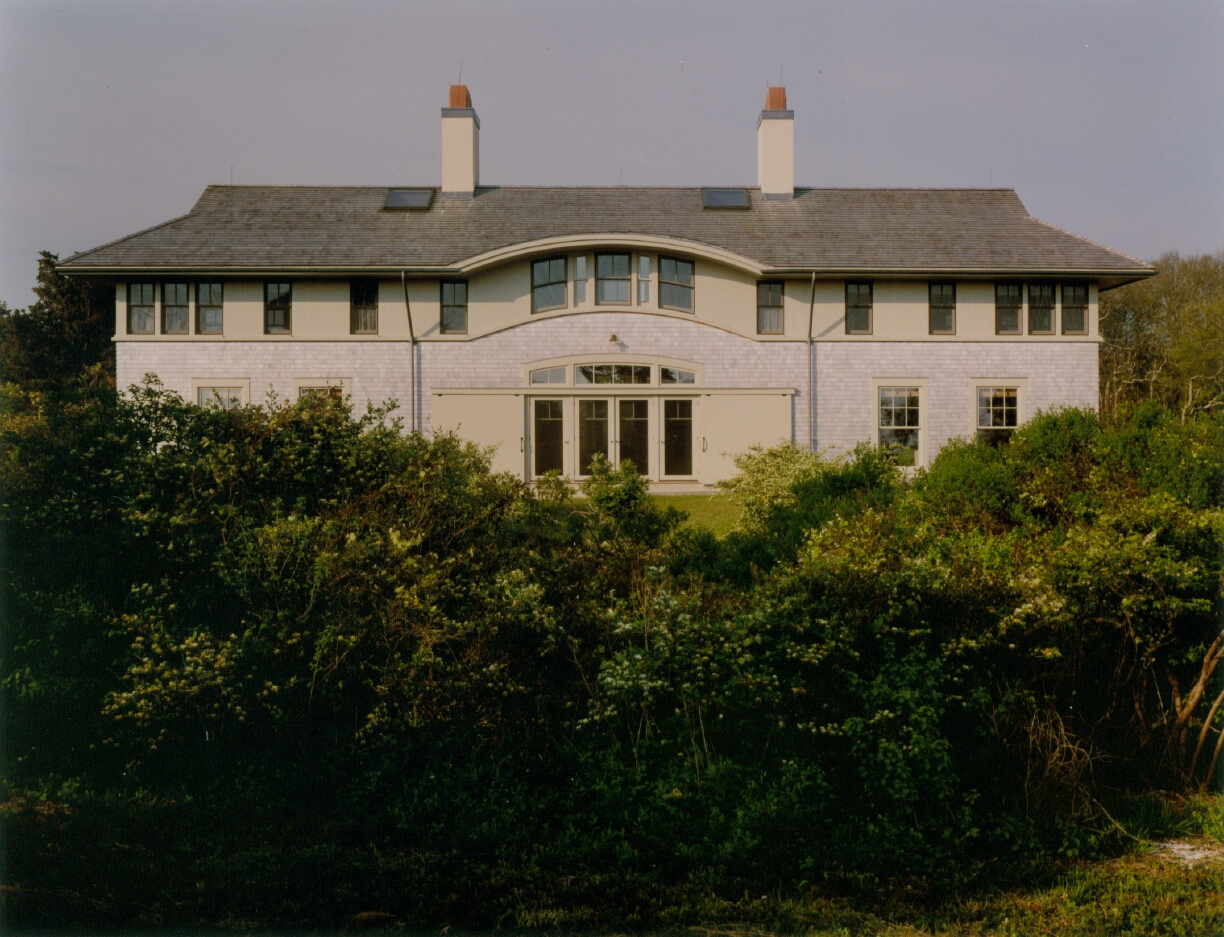 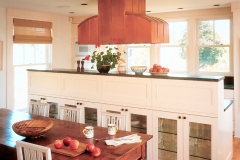 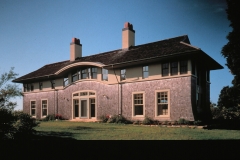 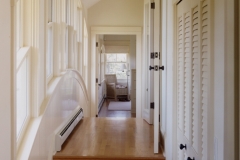 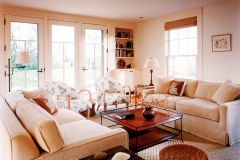 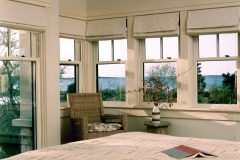 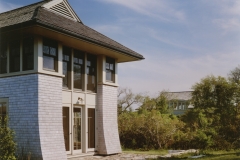 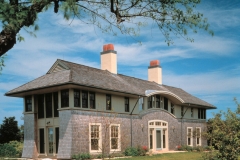 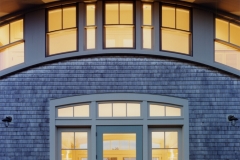 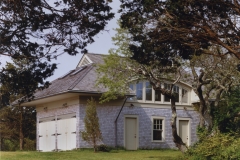 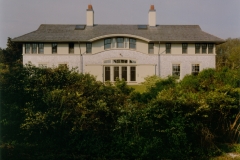 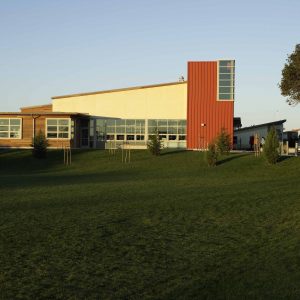