A Landscape for a Pavilion in a Park

When it came time to select plantings for the landscape at the new African American Museum of History and Culture in Washington, D. C., history guided the way.

“In researching of African American history, we discovered that the color blue is very important,” says Kathryn Gustafson, founding principal at Gustafson, Guthrie Nichol (GGN). “There were blue beads found in slaves’ homes that are part of the safety and the welcoming of the home.”

She and co-designer Rodrigo Abela, partner in the firm, decided on pale blue crocuses on a light brown plain in front of the building on the National Mall. And a lot of them too – a total of 349,000 bulbs planted by hand last fall. Harbingers of spring, they’ll begin to pop up at winter’s end, even through the snow.

They’ll carry special meaning beyond their color. “They’ll start coming up in February, which happens to be Black History Month,” Abela says.

If the plantings are not blue, then they’ll be lighter in color – as in dogwoods and magnolias – for a touch of spirituality, and a veil of white in spring and early summer. “The plantings always have reasons,” Gustafson adds.

Along the Constitution Avenue side, the landscape architects added more muscular trees like American Beech and Live Oaks. And for a more intimate scale, the Cherry Blossoms that are part of the Washington Monument tradition and the changing seasons they celebrate.

There’s one intriguing feature in the landscape, though, that was not their idea. It is architect David Adjaye’s six-foot tall, rounded oculus, sculpted in masonry on top and glass on its sides. During the day, it’s a skylight into the four floors of museum space below the Mall. From the outside at night, though, it’s a beacon of light.

“It’s about the idea of the Underground Railroad and how people signaled to one another,” Abela says. “It’s a symbol of welcome.”

It’s also a symbolic architectural form that rises up out of the landscape. “It’s a lantern in front of the museum – a connection between inside and outside,” Gustafson says.

And a reminder that the best design often occurs where history, landscape and architecture intertwine. 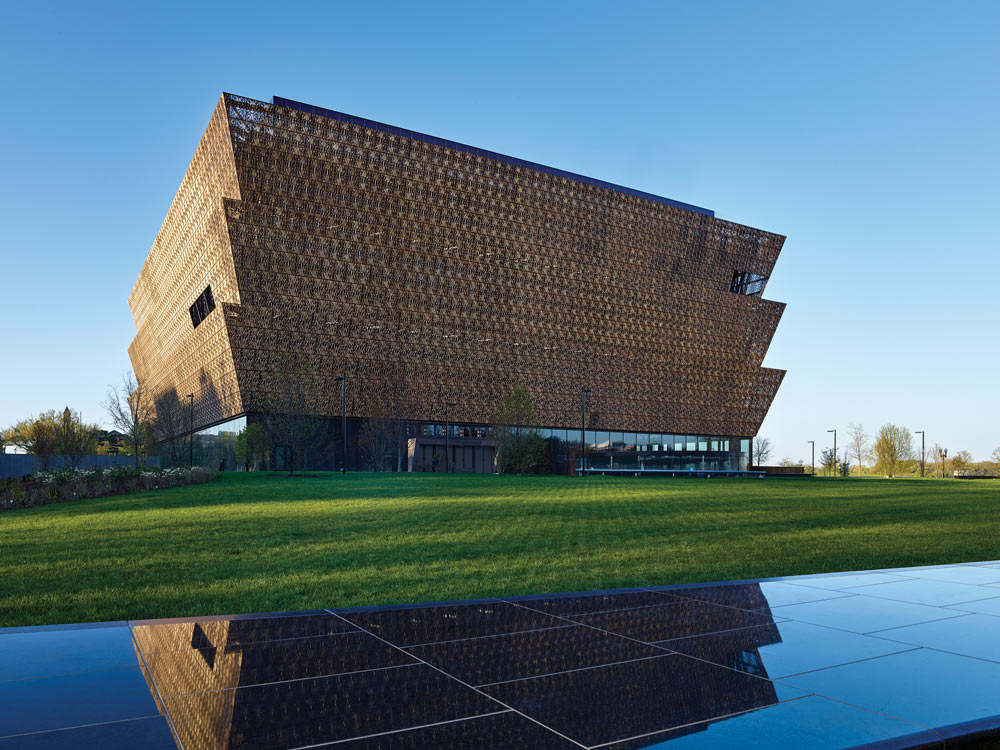 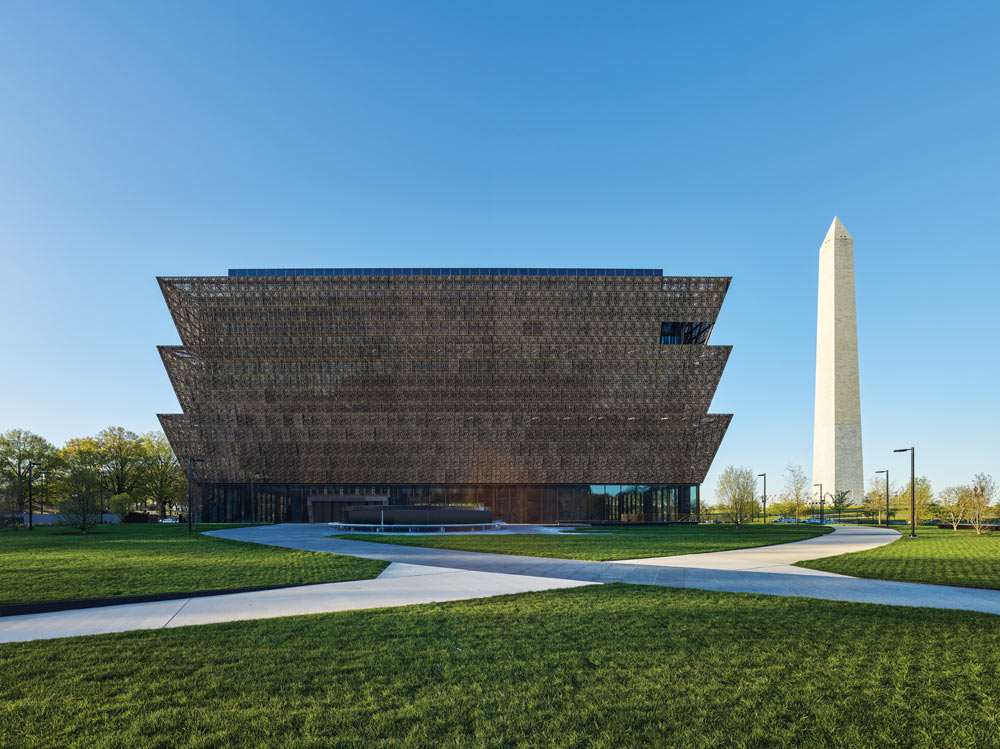 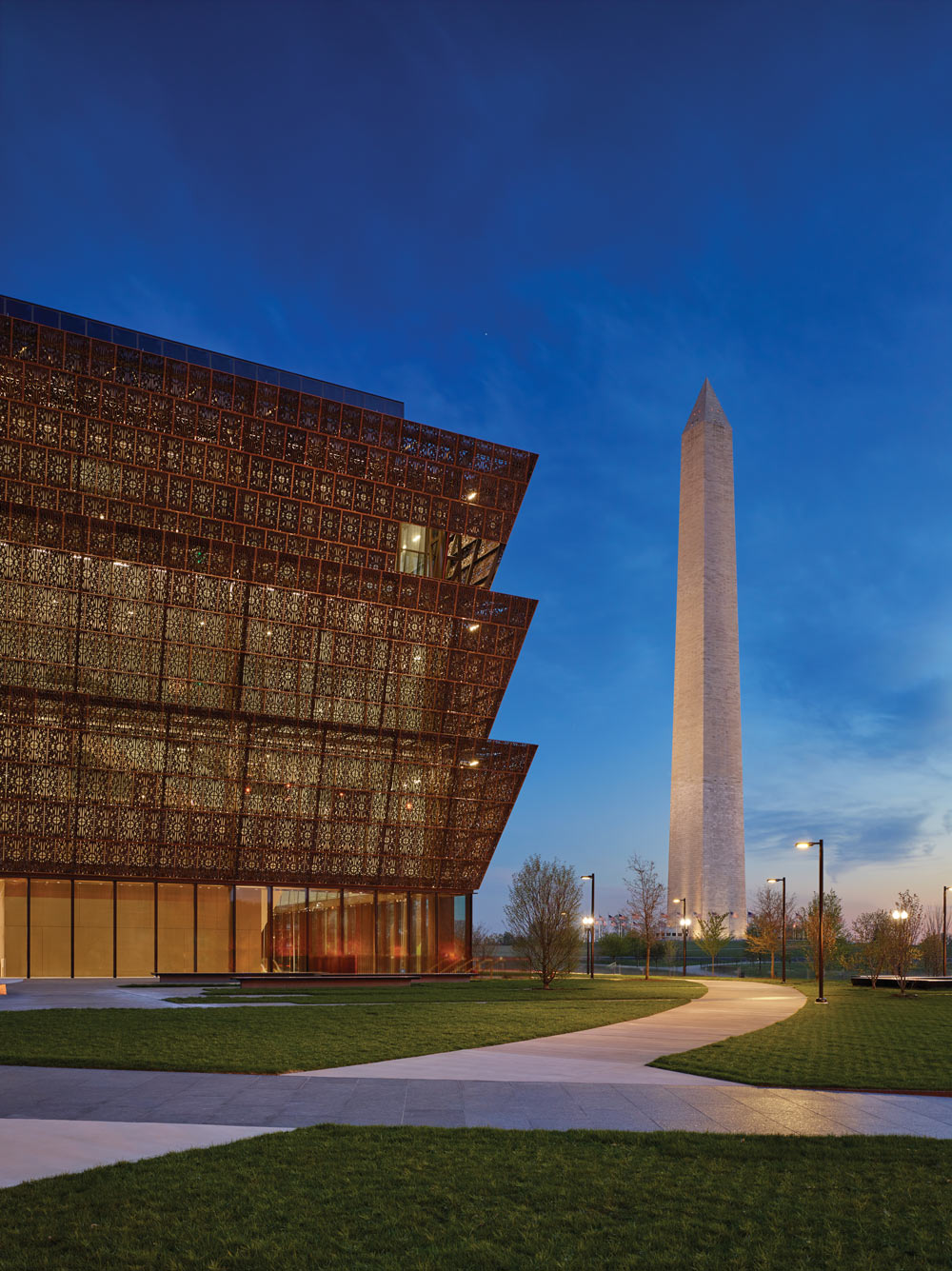 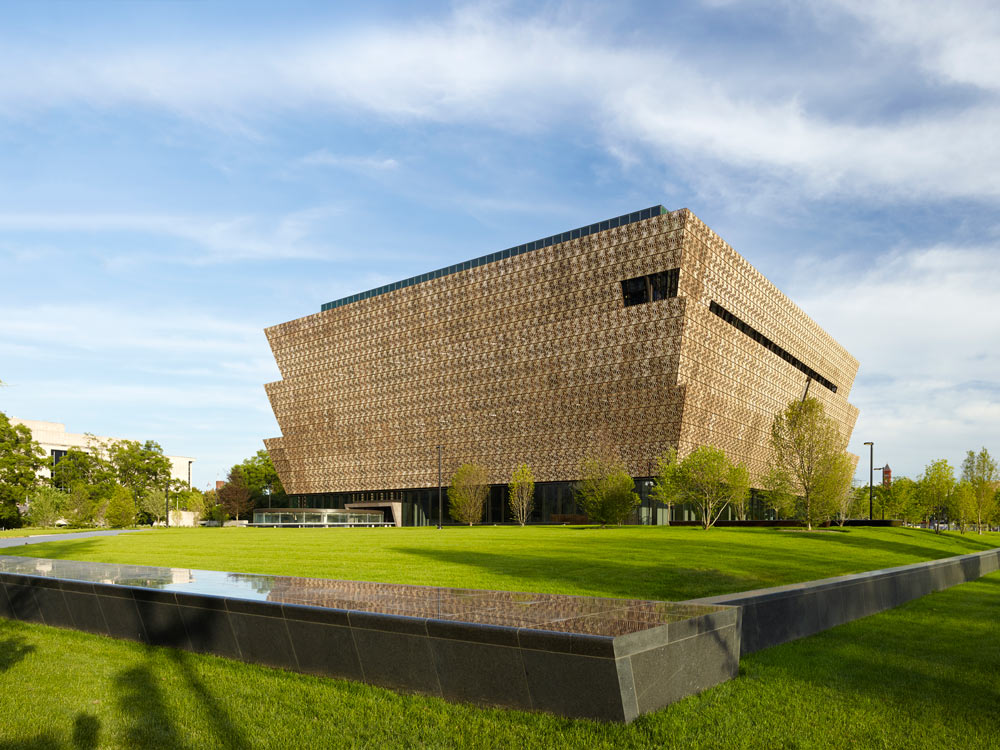 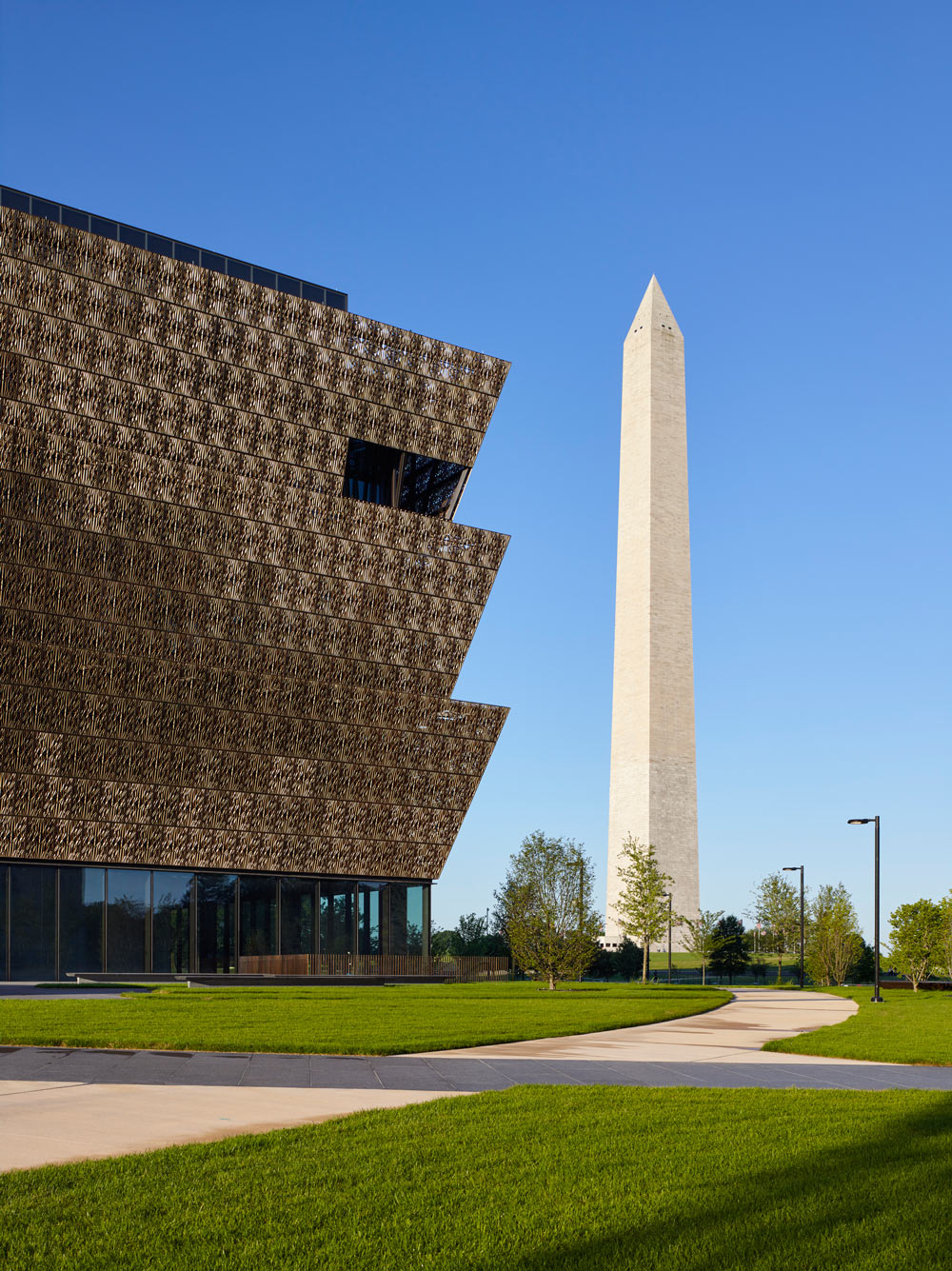 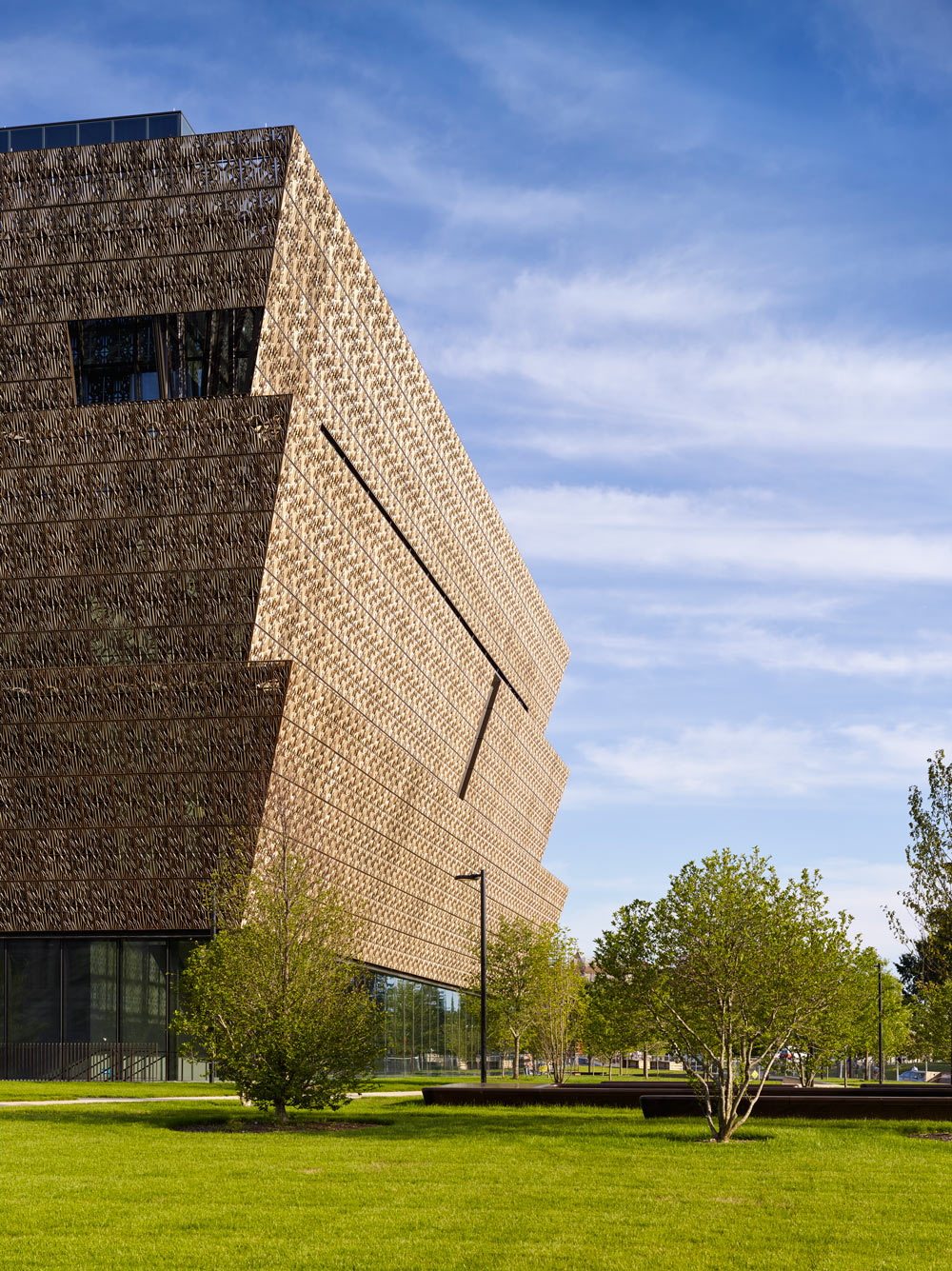 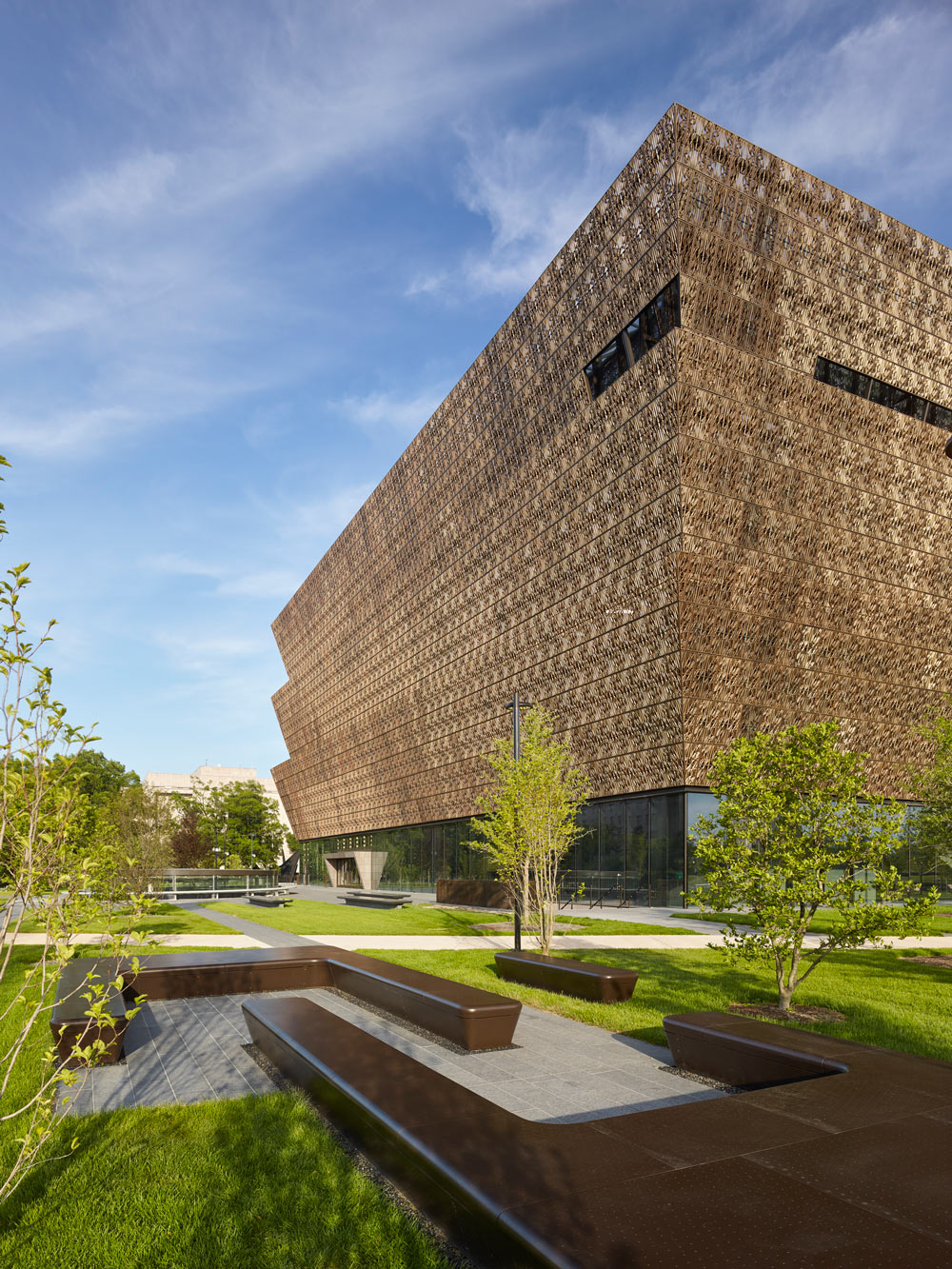 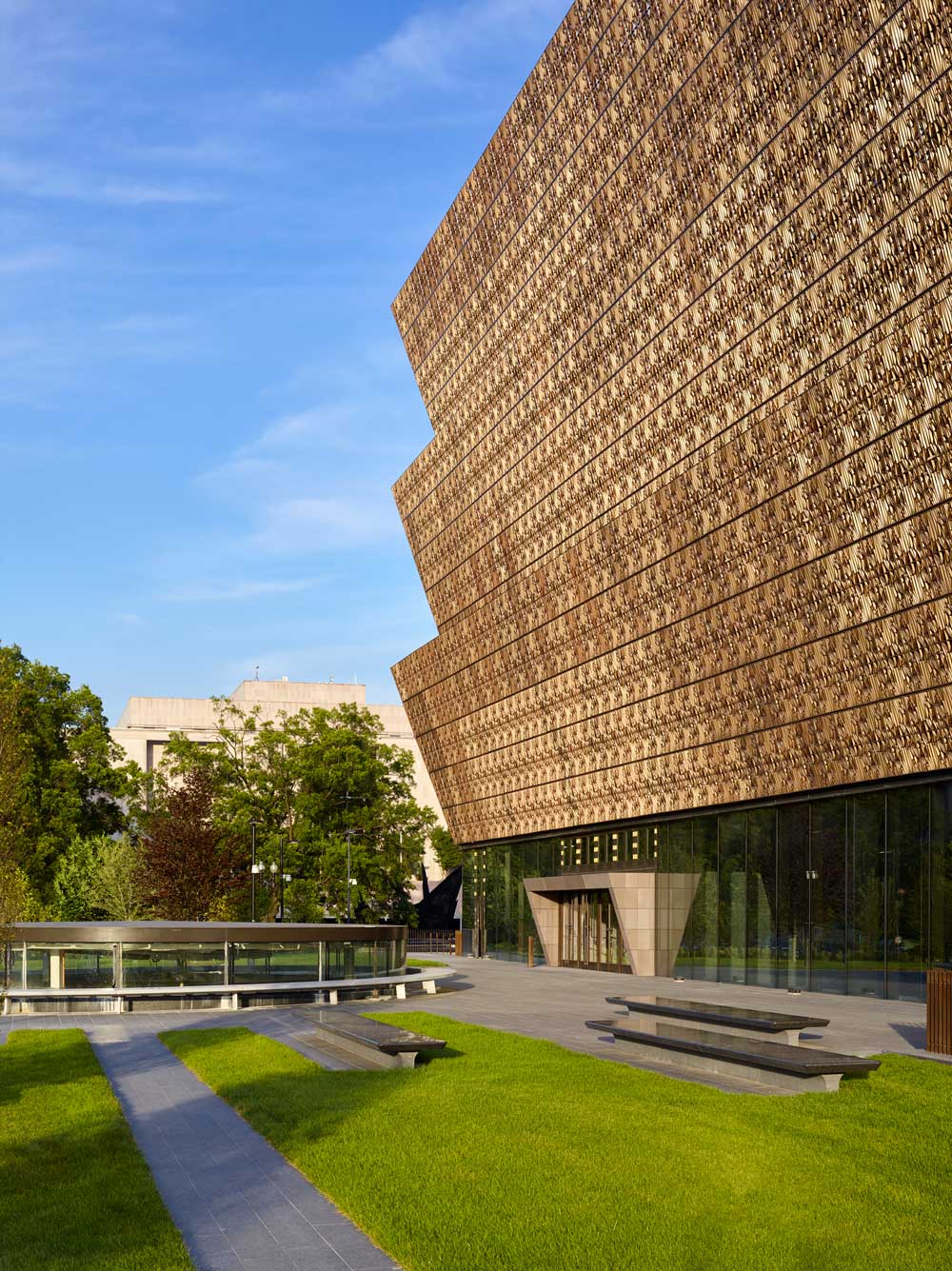 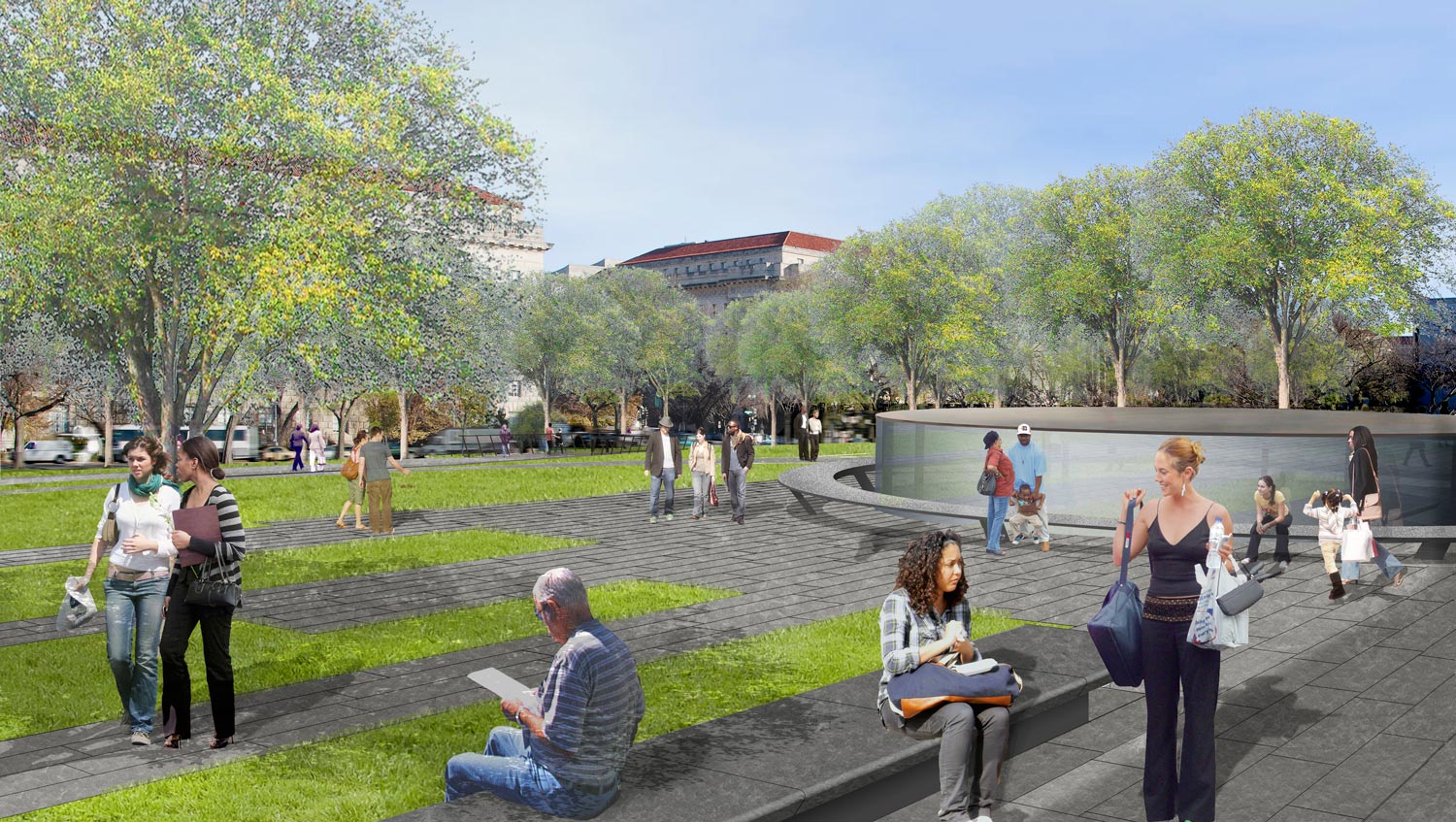 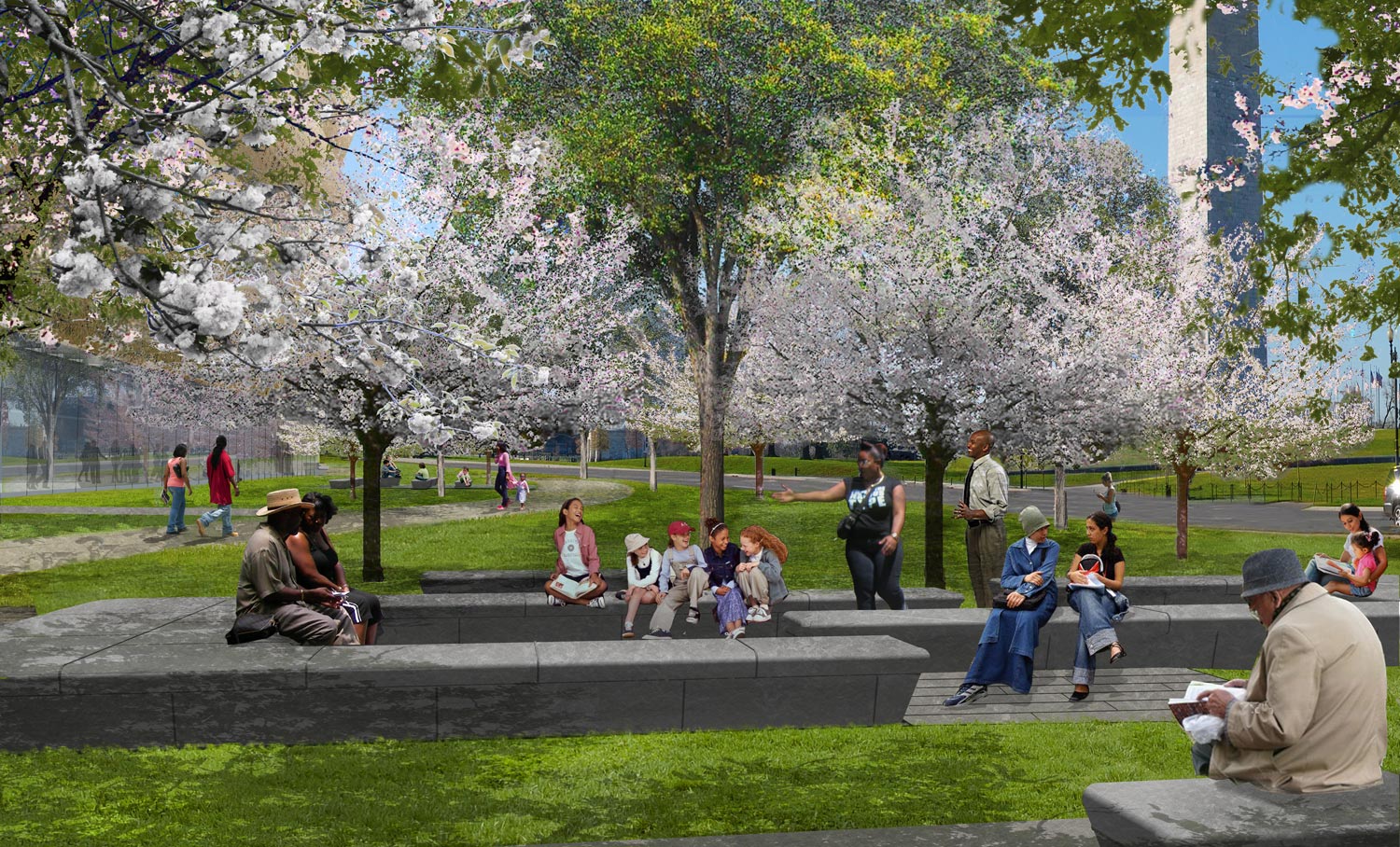 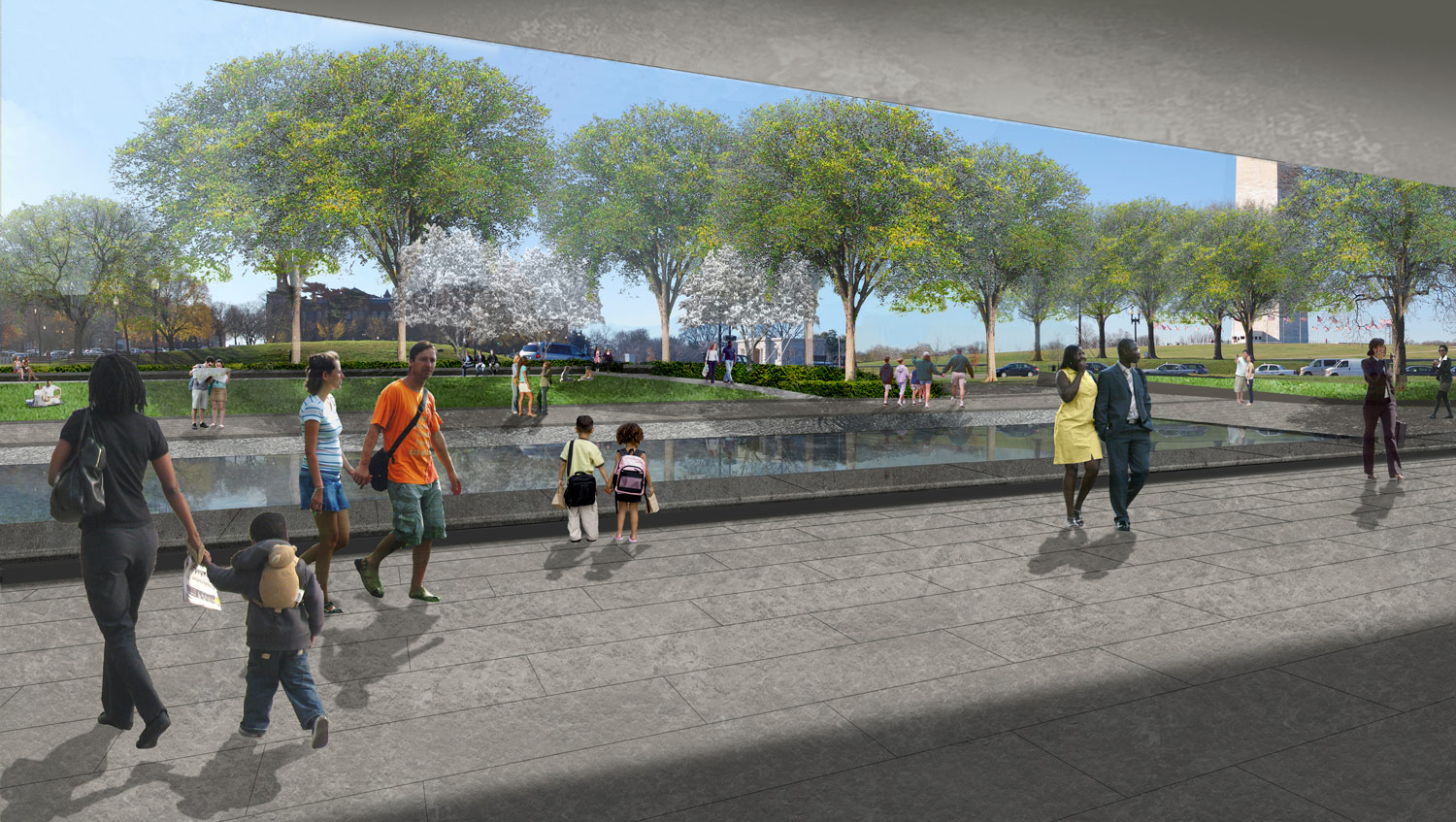 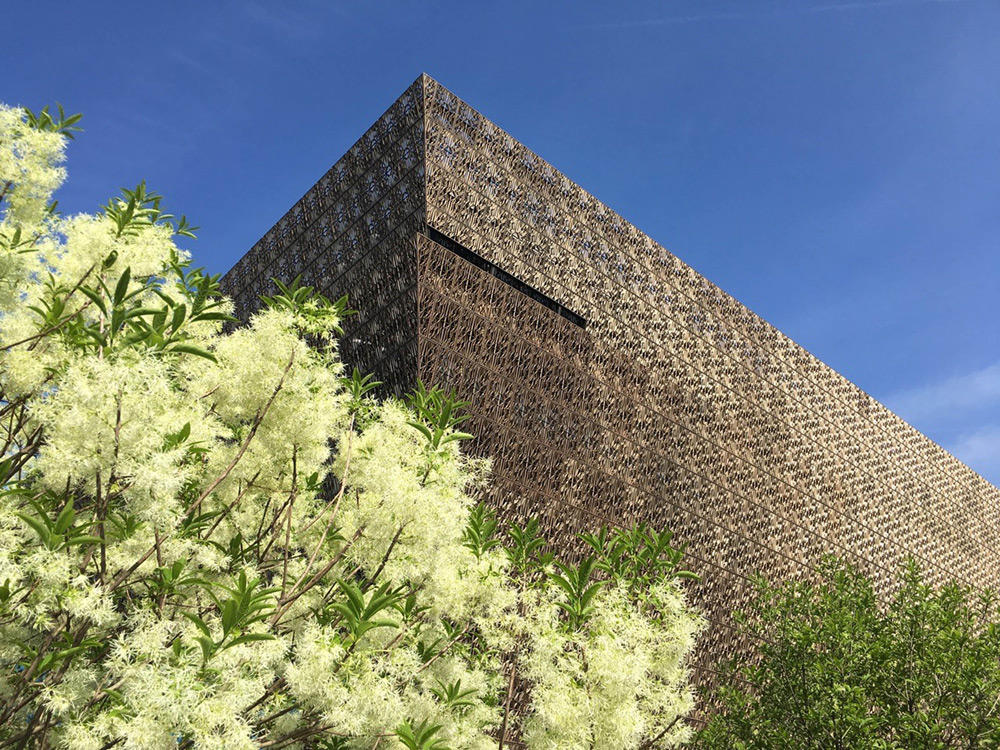 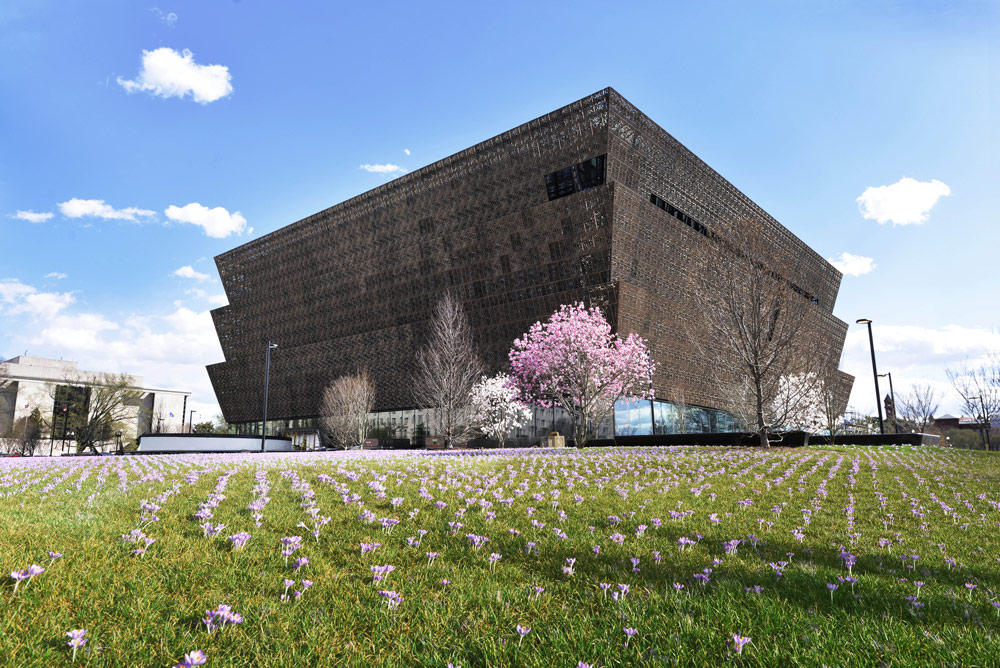 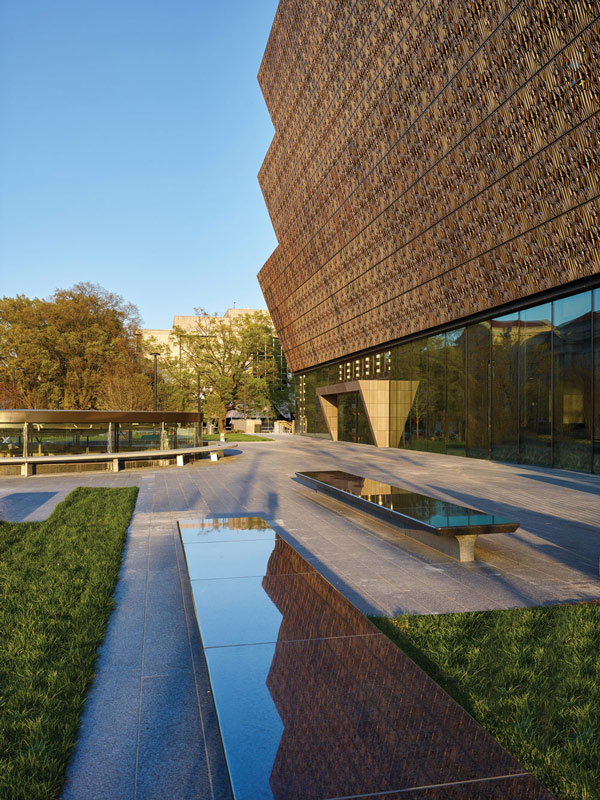 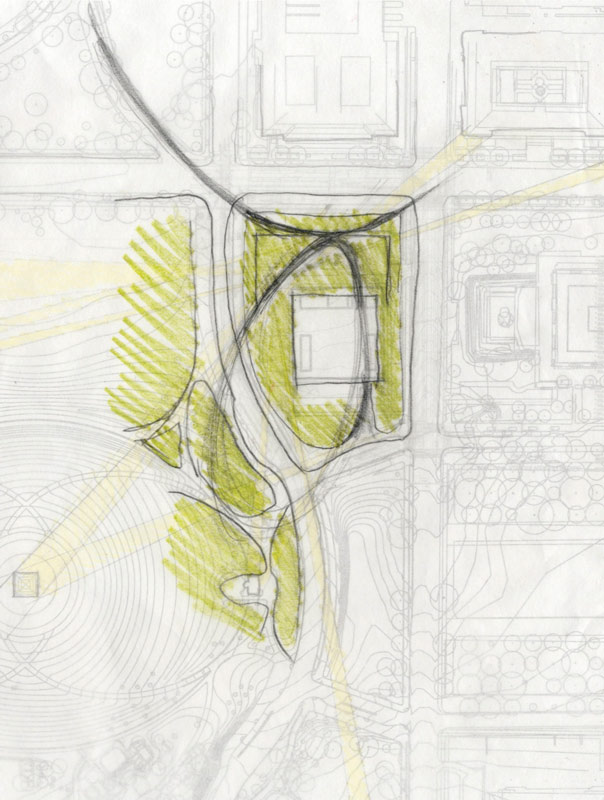 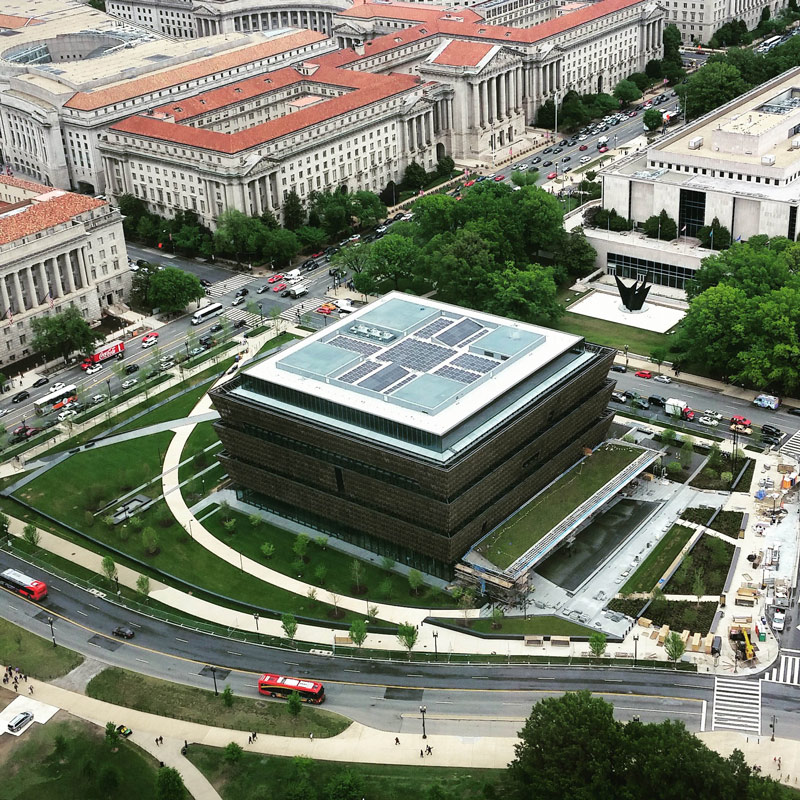 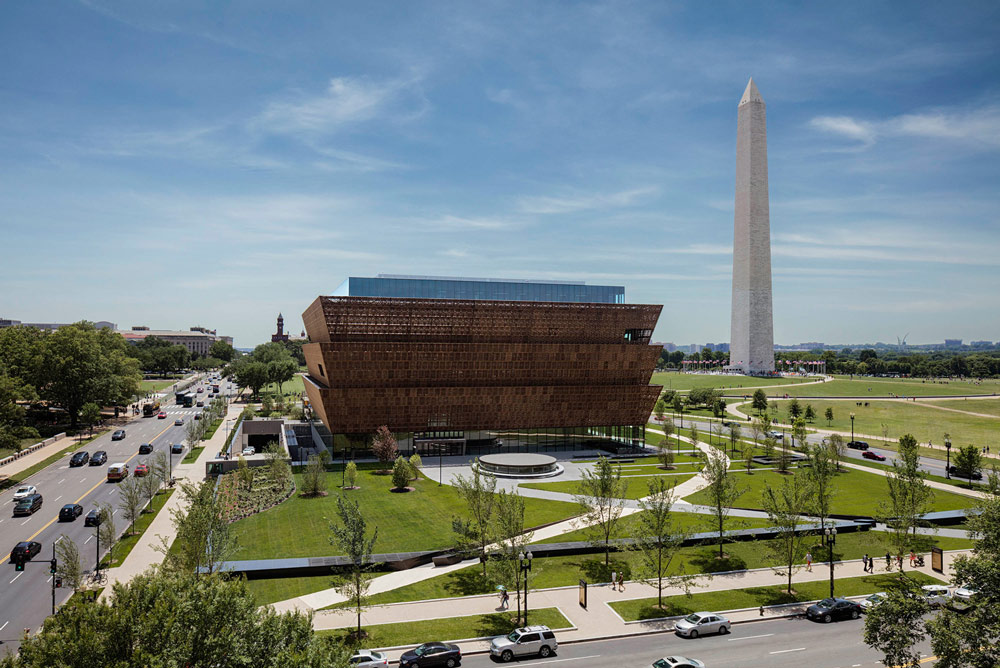 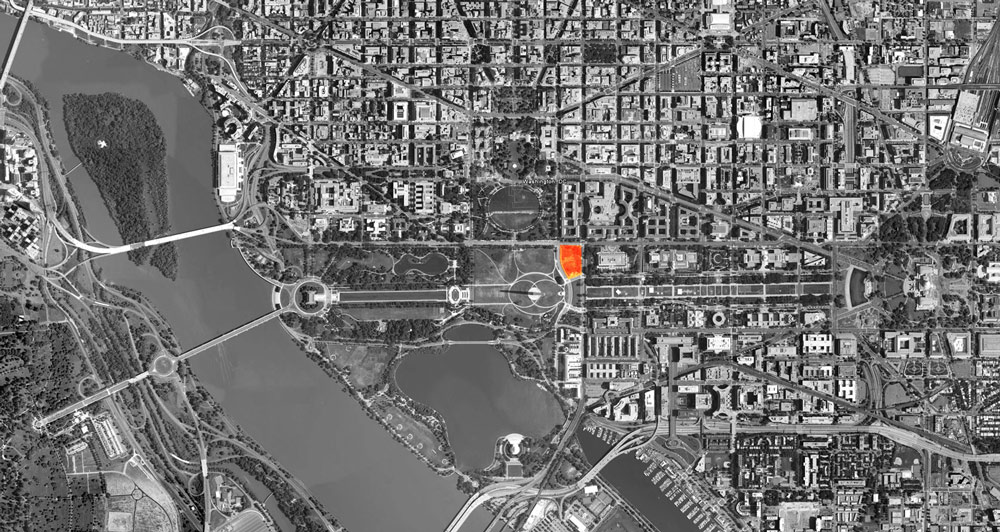 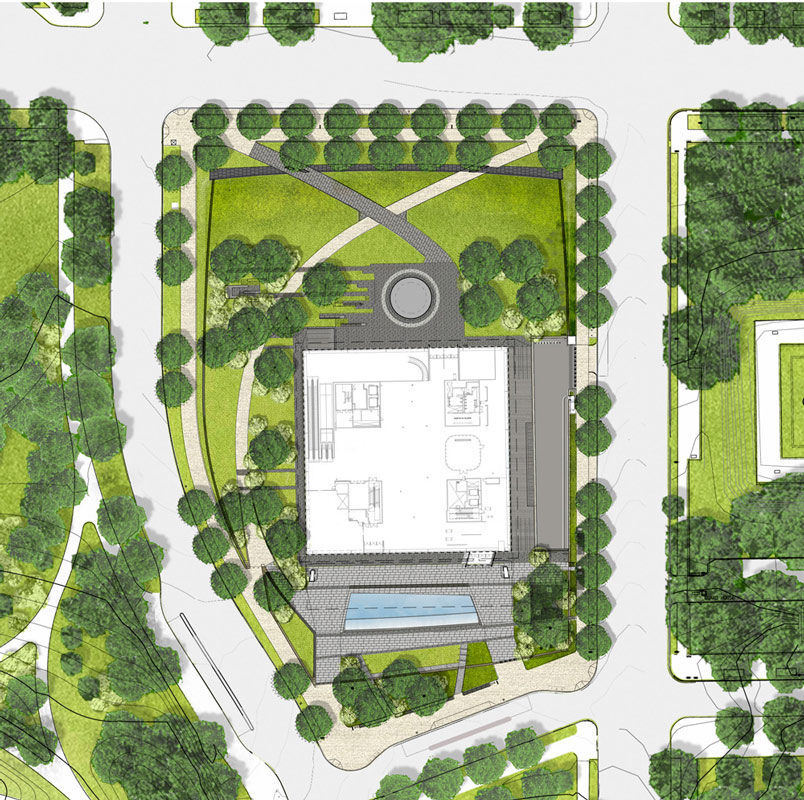 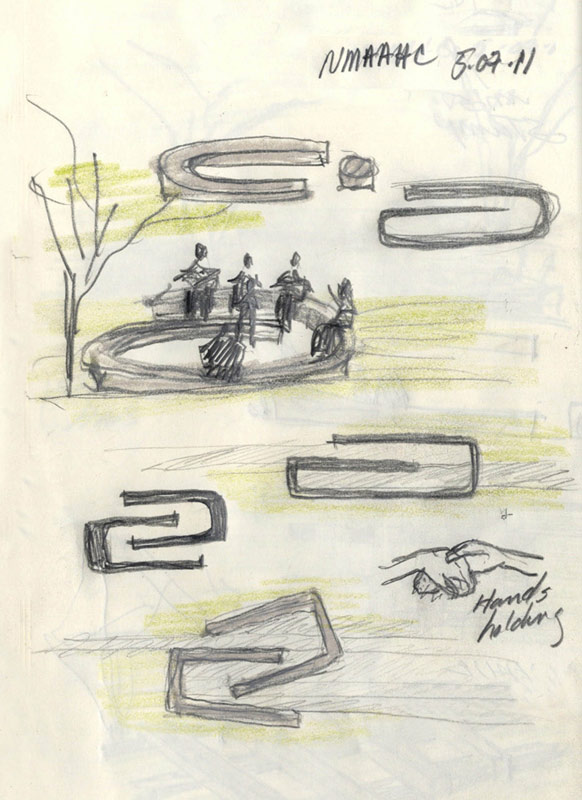 Workplaces Spill over to Public Spaces

The site for the newest museum on the National Mall in Washington, D.C. is informed by its own context and history. Adjacent...