A Home ‘Designed to Last,’ Post-Sandy

She’d been left with an uninhabitable house – one her father and grandfather built by hand – after Hurricane Sandy swept through in 2012.

Now she’s got a new home that’s not only similar in look and layout, but designed to be safe and operable before, during and after a disaster.

“It needed to be built so it’s resilient to all the factors in a storm, to extreme heat and cold temperatures, and also outfitted for power and light outages,” Azaroff says. “In the case of a tornado, there’s a part of house where Diane can take shelter. We took on all the hazards applicable.”

The house is located beyond the limited wave action line, some 2,000 feet from the coast. When there’s a storm surge, water comes up, but without waves and high velocity. “The sand doesn’t get pulled away,” he says. “If we were closer we would have used a pile foundation.

It was built mostly with common materials from any Lowe’s or Home Depot. Azaroff also called for insulated concrete formwork. “It’s a very strong, durable home with insulation on the exterior as well as interior in the living space,” he says. “That combination makes it resilient, as well as contributing to its passive-house nature.”

The passive elements make a difference with energy savings that are unusually high. And home insurance is 48 percent lower, because of the resilient construction methods, though her costs were higher. “The New York per-square-foot costs for that house are $400, but n her case it was a little more,” he says. “She put in a little bit extra money, like seven to nine percent in additional costs.”

She wanted a home that looked like what her father and grandfather built – with the same two-bedroom, two-bath configuration – but that performs better. The architect wanted a structure that could withstand whatever nature throws at it. “I’ve been involved in recovery efforts for most of my career,” he says. “So it was like: ‘Let’s build something and give it away to the world.”

And what better way to do that than make a short film about it, and have it debut at the annual AIA Conference on Architecture tomorrow, June 6?

“Designed to Last: Blueprint for a Better Home” will highlight the power of collaboration, design and resilience at the conference, but also will provide inspiration for participants in the AIA Film Challenge, now in its fifth year.

But to Azaroff, the big idea here is that: “We can really do this work – and now, everybody can” 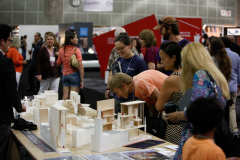 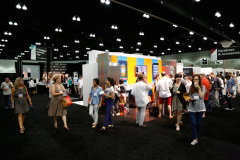 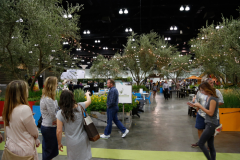 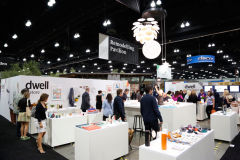 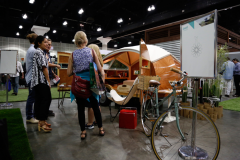 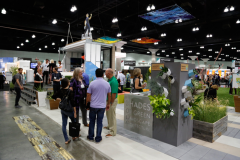 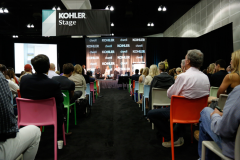 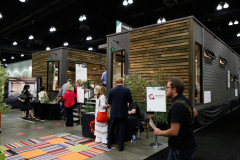 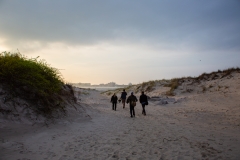 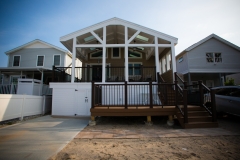 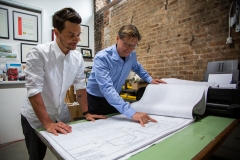 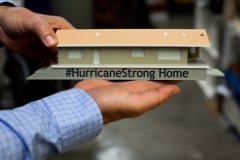 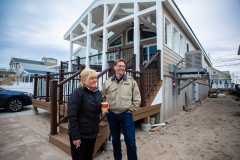 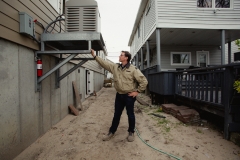 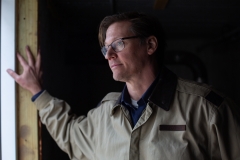 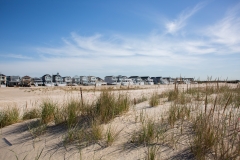 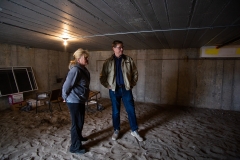 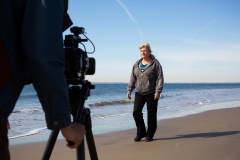 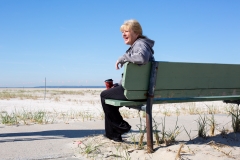 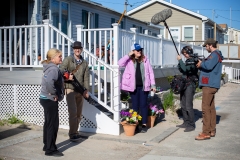 A Passive House in Greenport, L.I.

Adding to the “HurricaneStrong’ movement, I recently finished my 100-page e-book named “Hurricane Proof Your Home” It was written after my visit to Mexico Beach, FL ten days after Hurricane Michael hit the shore, destroying the community.

You can read a free copy here- https://adobe.ly/2Uyingz

Or visit Amazon and get a Kindle copy here- https://www.amazon.com/Hurricane-Proof-Your-Home-Guide-ebook/dp/B07PF1P49J/ref=sr_1_1?keywords=hurricane+proof+your+home+by+dale+m.+buckey&qid=1552223995&s=digital-text&sr=1-1-catcorr

Homes along the coast will need to be built stronger and safer. All homes prone to flooding and storm surge will have to be elevated above the FEMA flood plain for insurance coverage and personal safety. 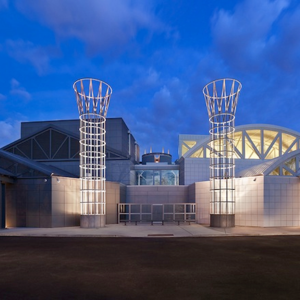