At her Kennedy Homes affordable housing project in Broward County, that master’s influence is readily apparent – as is Northard’s ability to work with light, landscape and the environment.

“In 10 years of working here, I’ve been trying to capture the natural light and beauty of Florida, and make it more integrated with the landscape into the work,” the native of South Africa says.

Kennedy Homes is an adaptive re-use project of sorts. It’s built on the site of a former eight-acre public housing project where the Fort Lauderdale Housing Authority and the Carlyle Group salvaged three 1940s structures for use as community centers.

Glavovic Studio then designed eight multi-family pinwheel-shaped structures for low to very low income families and senior citizens. “There are 40 one-bedroom units, 83 two-bedrooms and three three-bedroom units,” she says. “Depending on their income, the tenants get different rates, but it’s all public housing.”

This is public housing that marches to the beat of a different drummer, however. Northard’s intent was to connect tenants architecturally to the city nearby, and then experientially to the environment around them. Cross-ventilation is available in every unit, so that tenants who can’t afford air conditioning don’t have to use it.

She worked around the existing landscape too, then built with modular concrete blocks, painted white in the local vernacular, and emphasized balconies and overhangs with pops of bright colors. “There’s a varied texture in the block,” she says.  “We worked with natural light and shade and shadows to create texture and tone.”

Existing live oaks and limbo gumbo trees were left on site, while fruit trees were photographed, then blown up into four-foot by eight-foot panels and mounted near entries. “It’s a signifier of being in the community,” she says.

To raise the collective consciousness about the value of art, design and the environment, artists’ lectures were organized. Tenants spoke up freely about their new homes.

“They say that to live somewhere so beautiful has changed their lives in ways they never imagined,” she says. “One man talked about how living here has made him feel that he has a future. It was pretty intense – I got goose bumps.”

A community garden is now in the planning stages, so she’s still re-imagining this space that’s defined not just by downtown but also by I-95 and the 70,000 cars that zip by daily.

“It’s a great place to live in a very simple way,” she says.

And with construction costs of just $92 per square foot, it’s a win/win situation and an urban oasis for a lucky few. 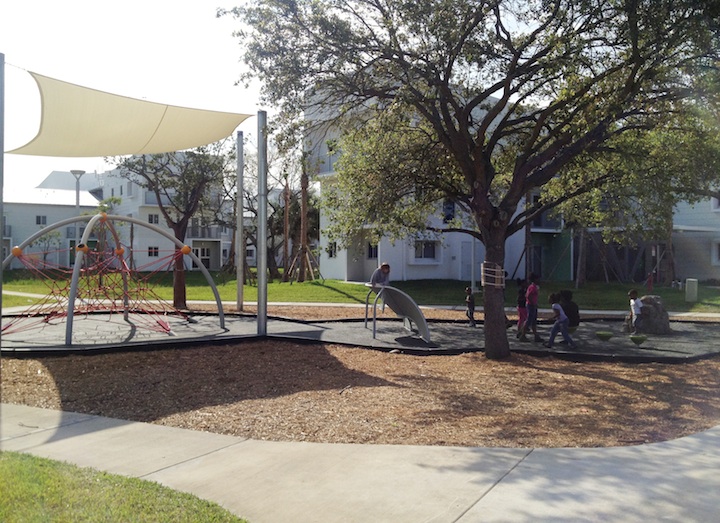 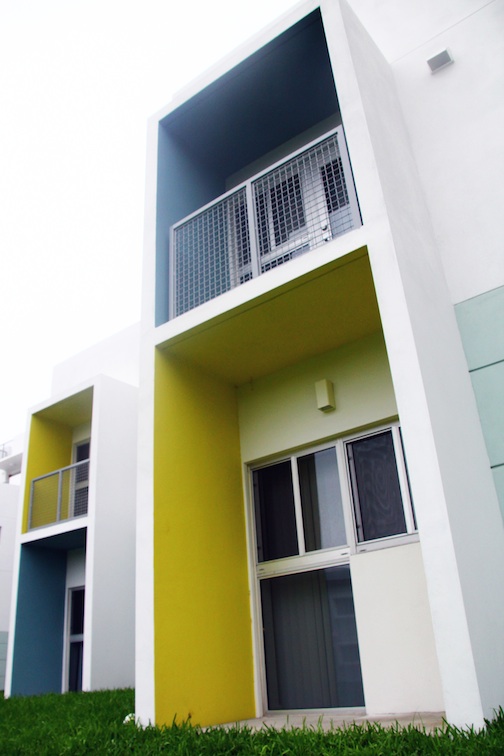 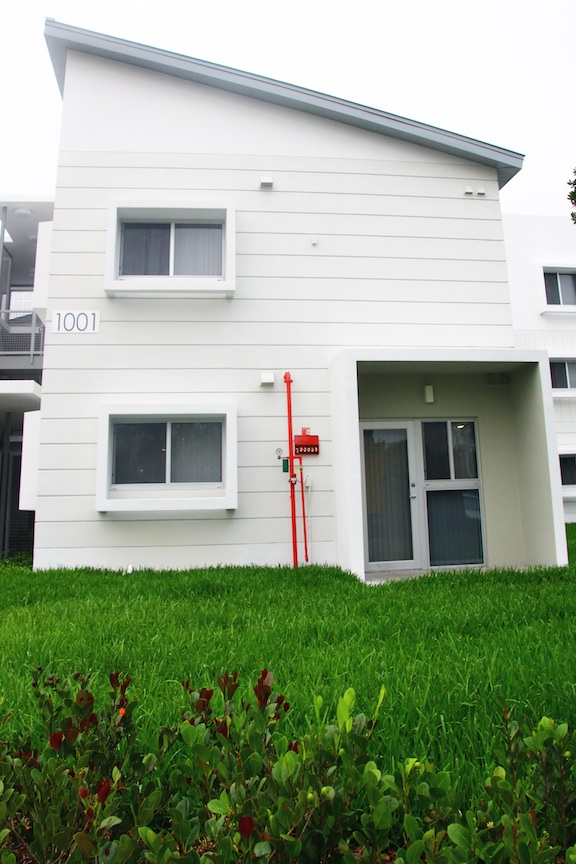 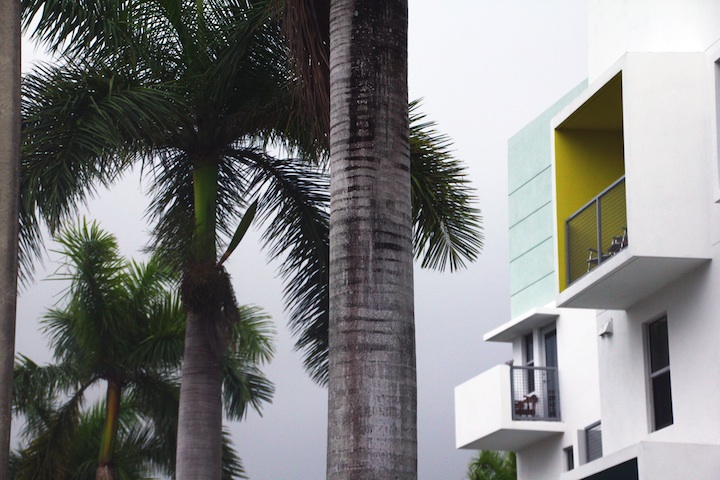 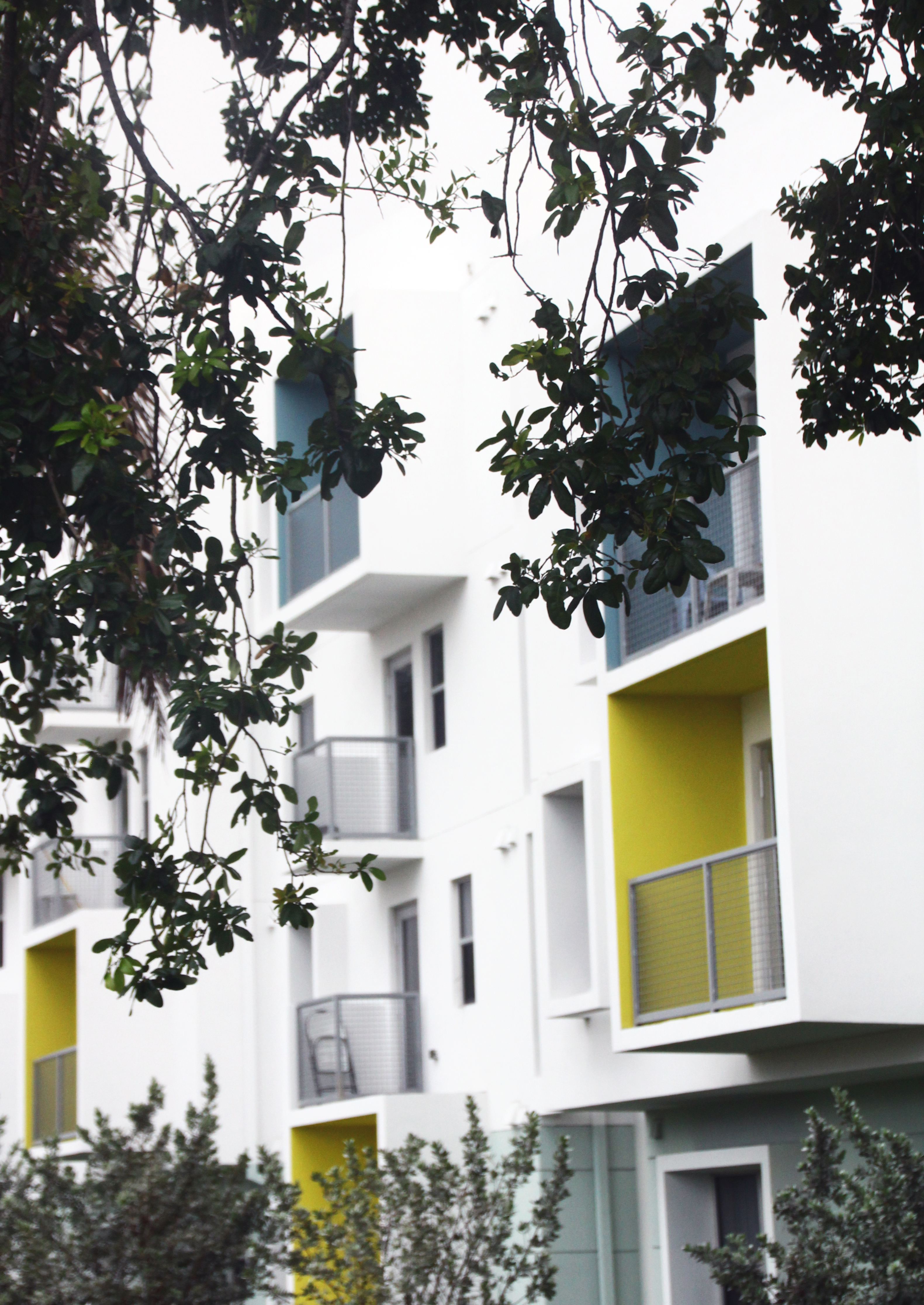 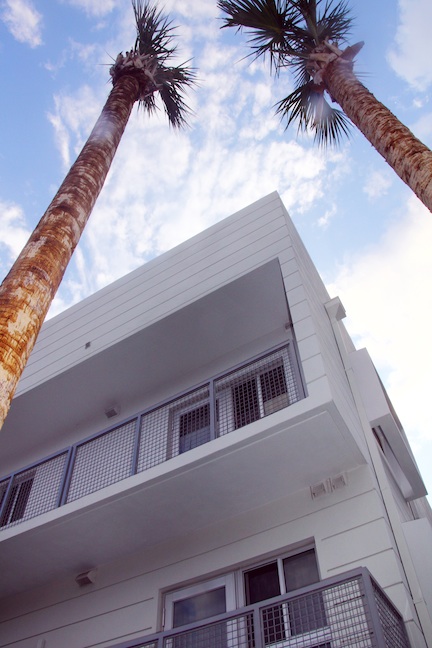 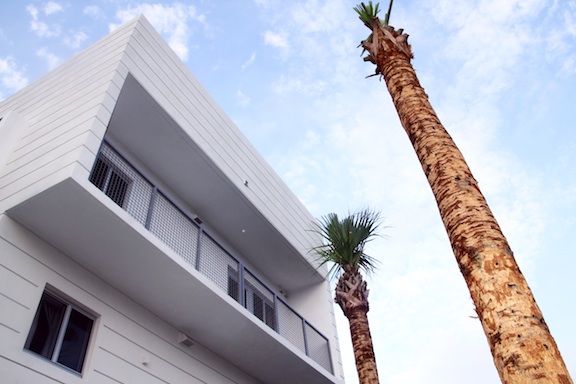 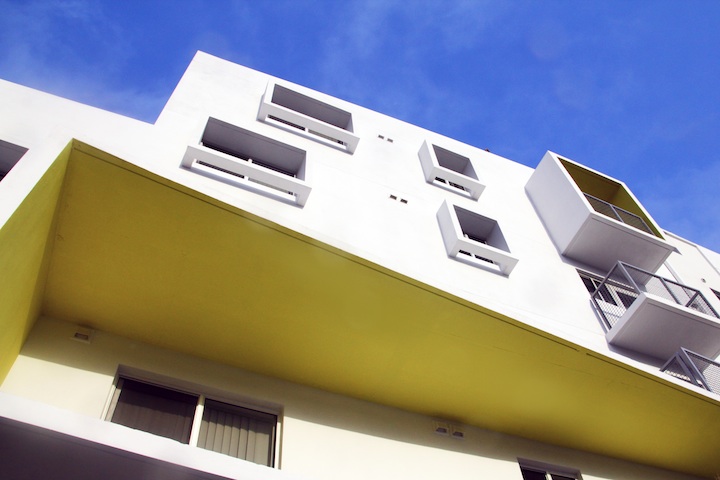 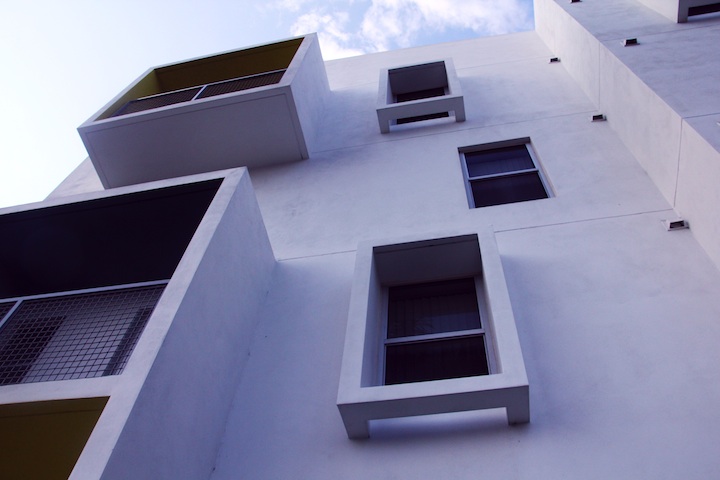 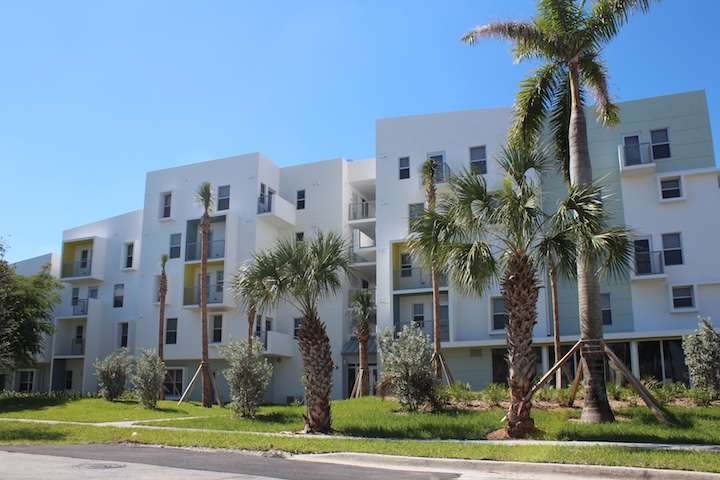 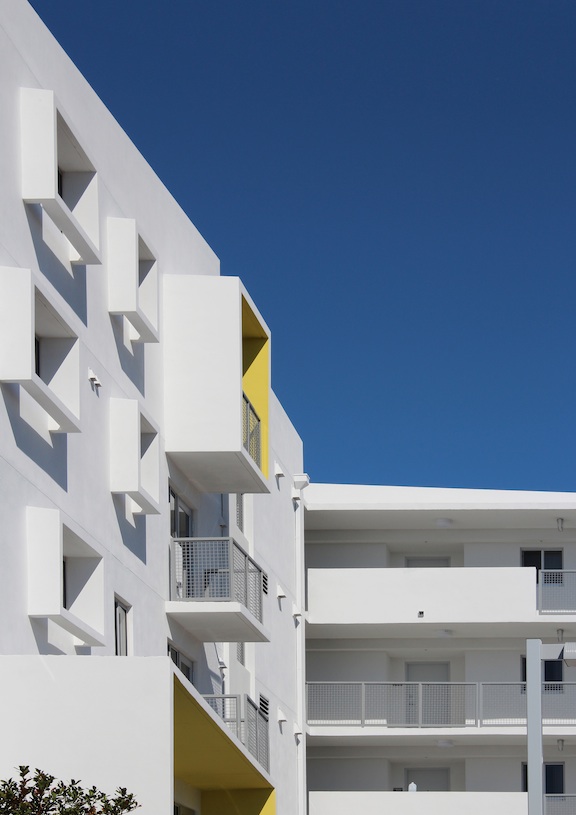