A Dream Cube at the Shanghai Expo

Hundreds of pavilions for the 2010 World Expo in Shanghai now straddle the Huangpu River where that tributary of the Yangtze splits the city on the eastern coast of China.

This mega-exposition will welcome more than 200 nations and international organizations from May 1 to October 31, when 70 million visitors are expected to pour into the city.

A good portion of the attendees will likely be drawn from the city of Shanghai itself, which, with 20 million citizens, is China’s largest.

The event takes place, of course, while China is in the midst of the biggest and most dynamic cultural transformation since the dawn of the Industrial Age. Back in the late 1970s, the nation had fewer than 200 cities, according to Thomas J. Campanella’s book, “The Concrete Dragon.” Today, there are more than 700 – with plenty more on the drawing boards – ambitiously aimed at urbanizing a largely rural population.

All this begs the question: how do you educate millions of people and simultaneously earn their buy-in to the massive changes accelerating all around them?

The answer at the Shanghai Corporate Pavilion, nicknamed the Dream Cube, is fairly simple: solicit their willing participation and collaboration in the process of changing dreams into realities.

“It’s about families, schools, companies, governments and co-workers all working together for a better Shanghai,” said Debra Everett-Lane, project writer at Edwin Schlossberg Incorporated (ESI), a New York firm that specializes in experiential design. “They enter the Dream Cube surprised and amazed, and they leave optimistic and empowered.”

Their client and major stakeholder is the Shanghai Corporate Community, an association of 45 companies headquartered in the city and engaged internationally in energy, infrastructure, construction, import/export, ports and hotel services. The theme for the group’s pavilion is “My City, Our Dreams.”

In the spirit of the Dream Cube theme, ESI collaborated with Yung Ho Chang, the well-known architect who’s also a Peking University professor and head of the department of architecture at MIT. Chang designed the 40,000 square foot building, while ESI focused on creating physical and virtual spaces inside for the benefit of mass audiences.

As visitors stand outside in queue to enter the Dream Cube, they’re encouraged to clap – and experience LED tubes changing color overhead as they do. Inside, they’re ushered along a journey that takes them from rural green spaces illuminated by LED-lit reeds that change colors at the brush of a hand, as well as seasons that change as they move along.

A running commentary between their guides – a grandfather and granddaughter – reinforces the message of finding the right balance between change and nature. Finally, transported to a large auditorium, the group is reminded of Taoist poet Zhuangzi’s butterfly dream and the nature of transformation.

“By and of the experience, people become aware that they can have wonderful dreams of the future and work together, through action, collaboration and participation, to make them come true,” Debra said.

To demonstrate – and punctuate – the crowd can clap and watch the entire exterior of the Dream Cube change color.

“The message is that by working together, we can make dreams real,” Debra said. 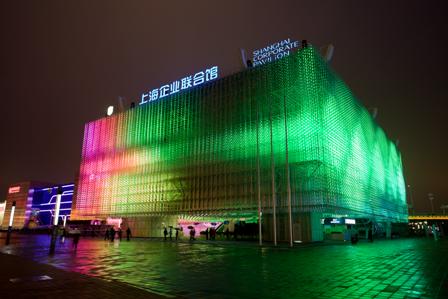 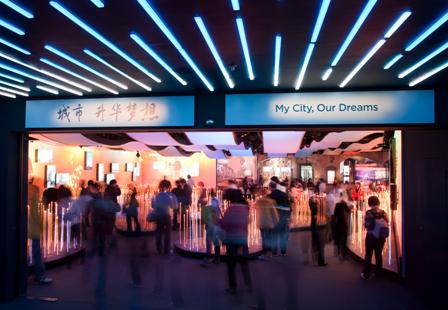 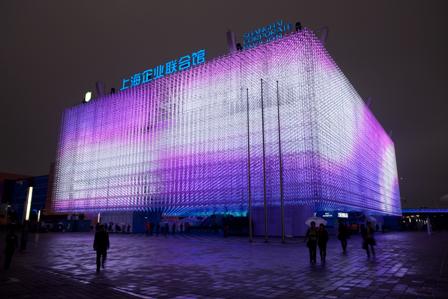 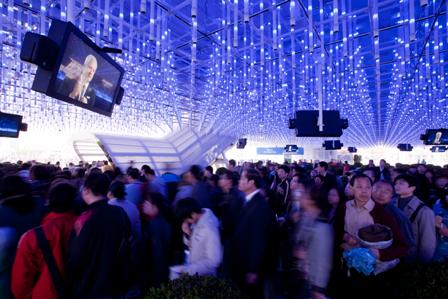 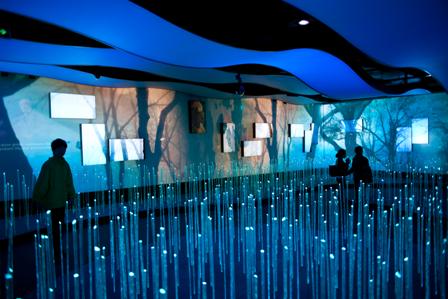 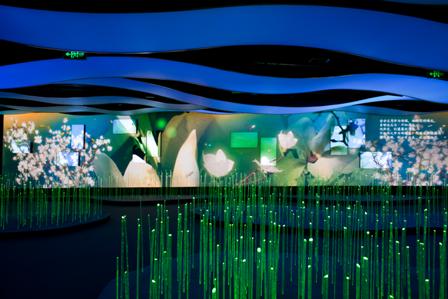 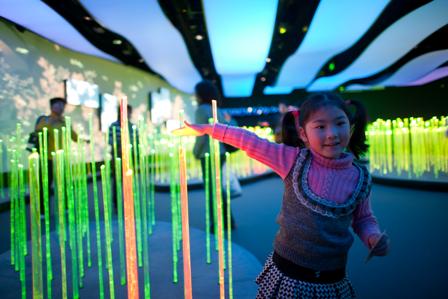 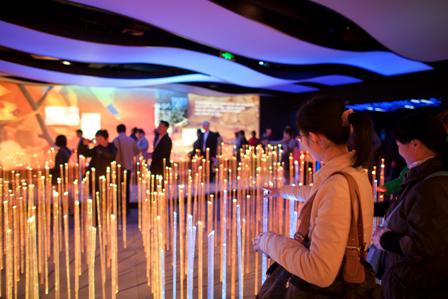 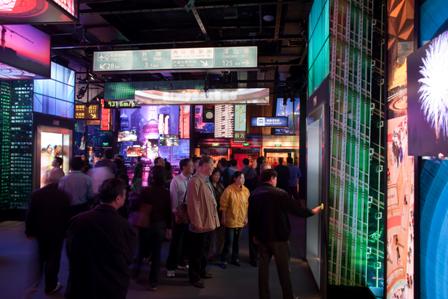 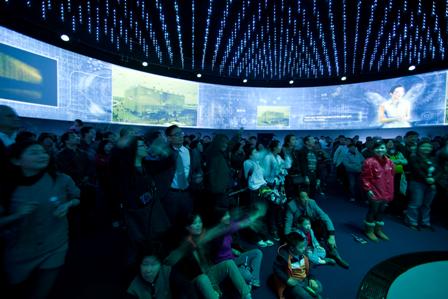 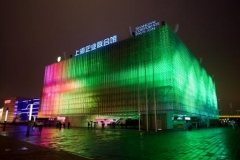 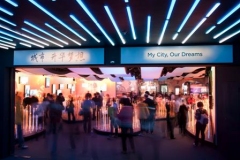 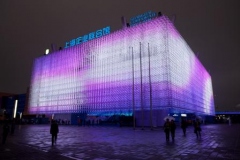 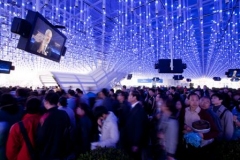 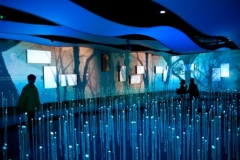 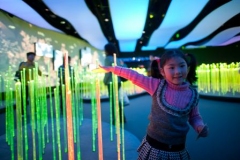 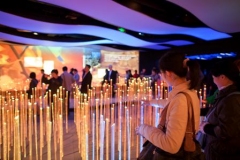 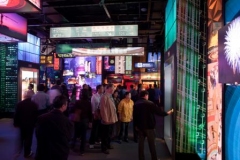 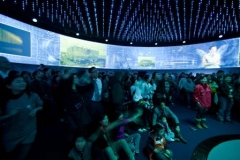 If He Be Truthful and an Artist

To Write, Paint and Save a Monument

If He Be Truthful and an Artist