The Richmond Olympic Oval is not just a careful and dramatic response to the needs of the International Olympic Community and the City of Richmond in British Columbia.

It’s a response to current issues in the Canadian forest too.

The Olympic Winter Games will begin there this Sunday, Feb. 13 and end on Saturday, Feb. 27. Cannon Design assembled a team from its North America offices, with structural and mechanical engineers, to make it real. Thirty Cannon architects from offices in Vancouver, Victoria, Toronto, and New York fast-tracked the project for the Winter Games.

“We were keen to explore a design poetic of flow, flight and fusion,” said project architect Larry Podhora.

The site is near the Fraser River estuary, from which the building derives its metaphorical flow. “The estuary carves up the lower mainland into tiny pieces of land. The color of the water changes from a light blue to a dark blue and then to a greenish color,” Larry said.

The skin of the exterior of the building reflects these shifts in color.

The architects were inspired by three symbols of flight. The estuary is home to the blue heron, which is also the symbol of the City of Richmond. Then too, the building faces the city’s international airport. And there’s the exhilaration of speed skating.

“There’s an impression of extended feathers, of taking off with the exterior of the building,” he said. “There’s a lifting of the roof, a sense of letting it peel back off the main support arches.”

The fusion, he said, lies within the merging of technology, financial considerations and architecture, all in a single resolution.

The building has a gigantic footprint – three Boeing 747’s could fit inside it – but the team worked to bring its space down to a human, tactile experience. They chose wood as its interior unifier. “It’s the humble two-by-four throughout that people relate to and understand,” Larry said. “We had to lift it way up there for the beams, but the engineers managed to do that brilliantly.”

The wood also speaks to an environmental issue in the forests of British Columbia. An infestation of pine beetles is slowly but surely destroying trees there, leaving behind only timbers, tinged slightly blue. Structurally they’re sound, so they were harvested and put to good use in the Oval.

There are lessons in that wood for architects everywhere, Larry said. “Designers need to understand the environmental forces affecting them locally. We used that wood while it was still available. This is our issue, our material, and we showed we can take up the issue and use it in a responsible way.” 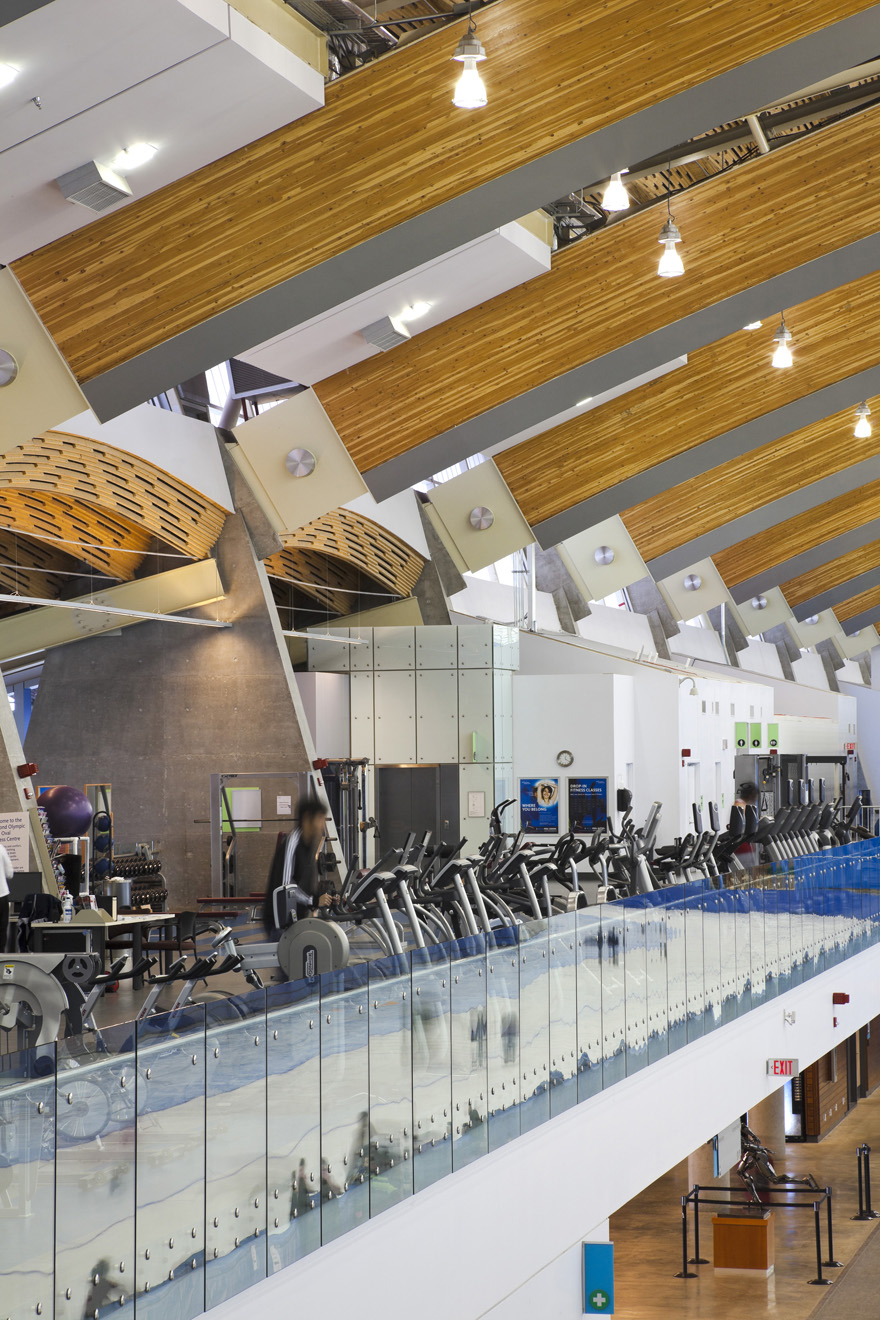 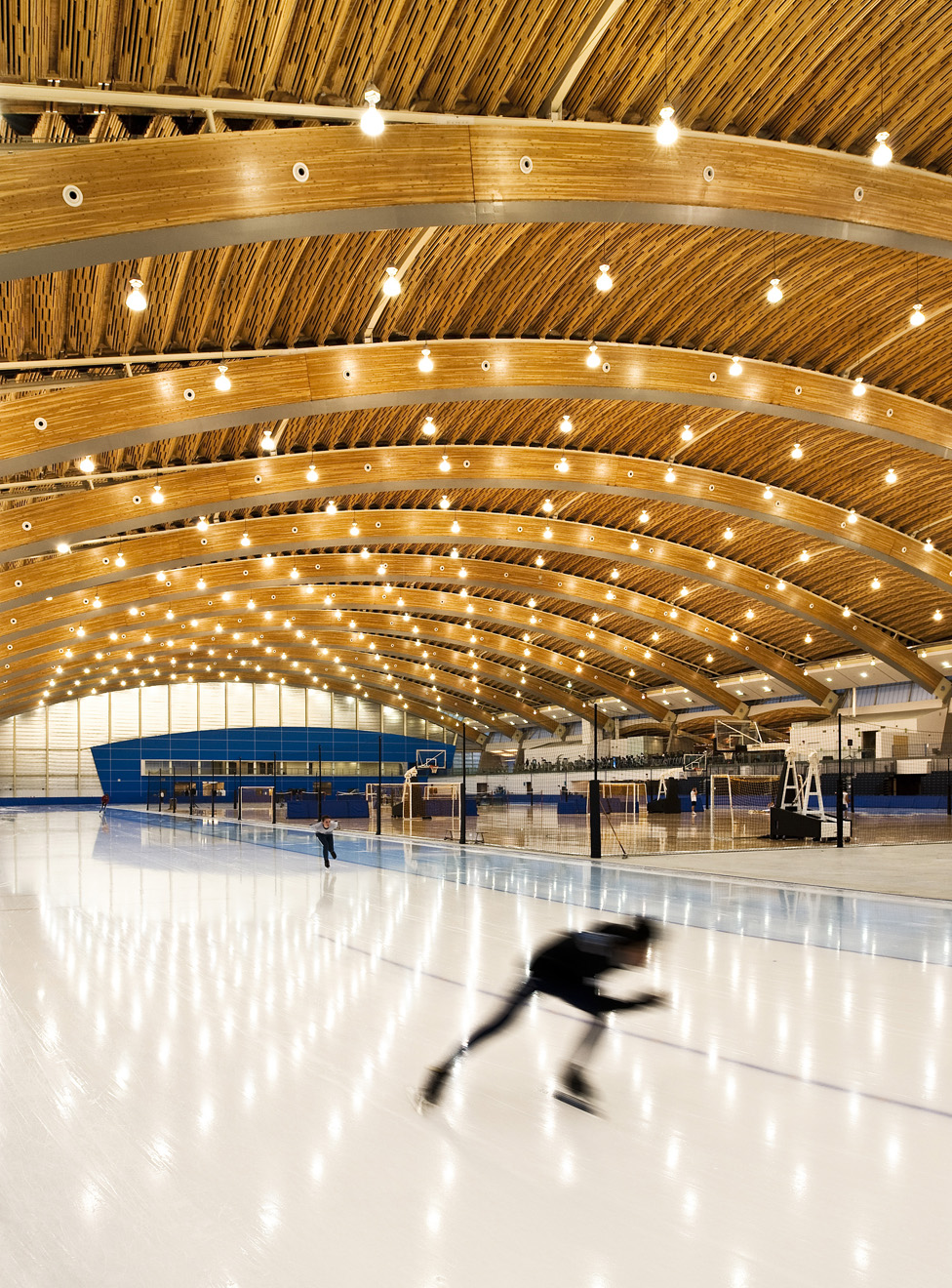 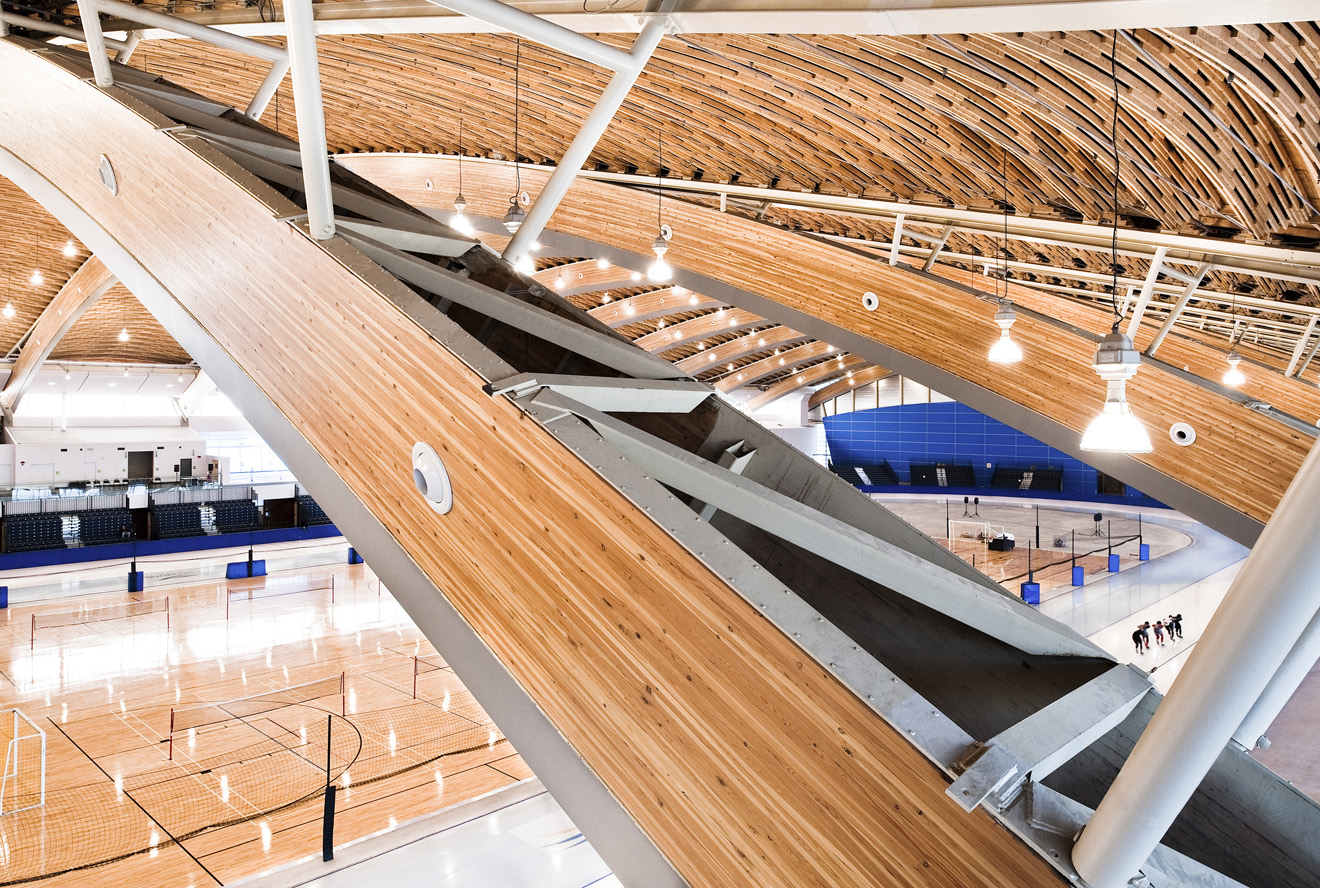 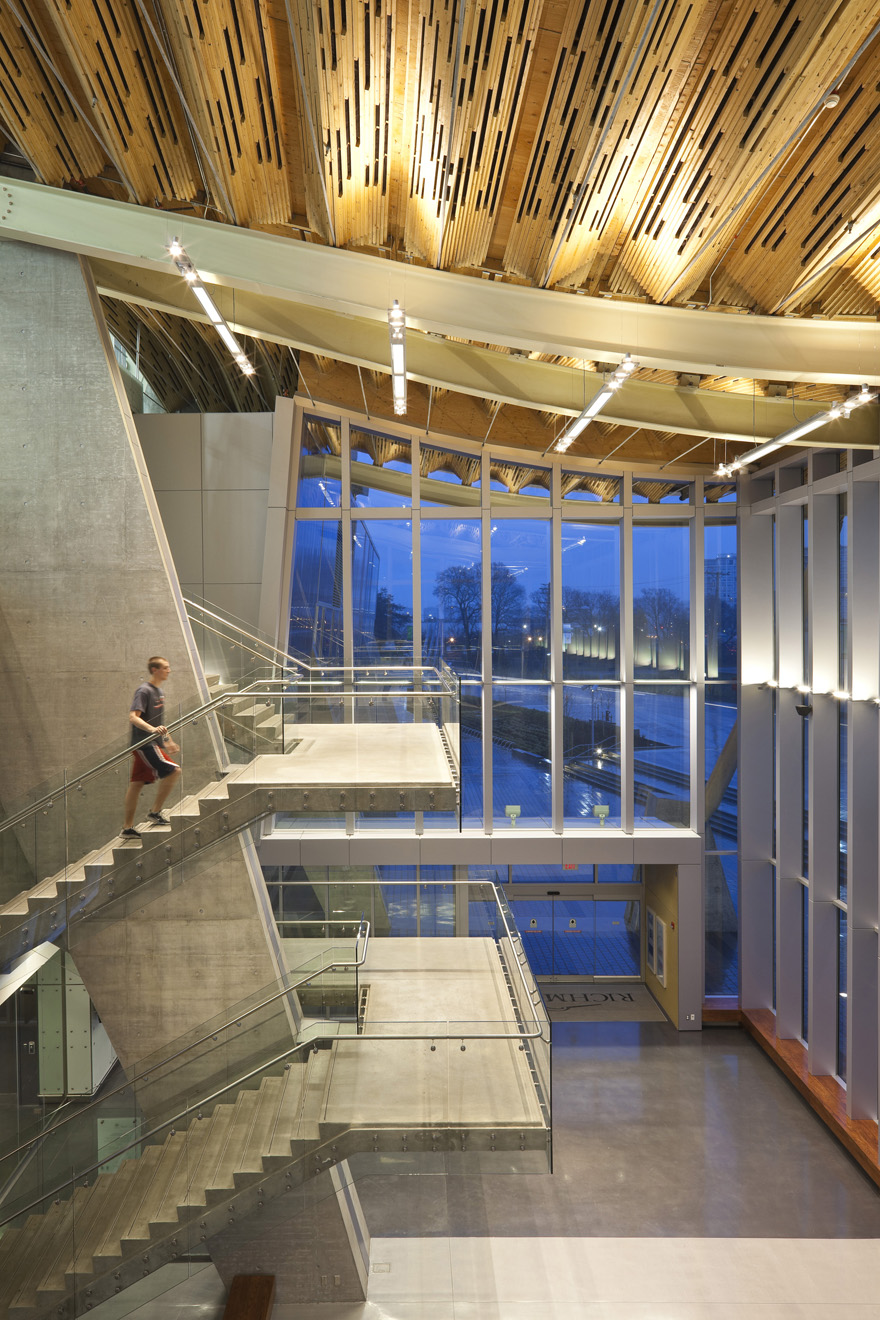 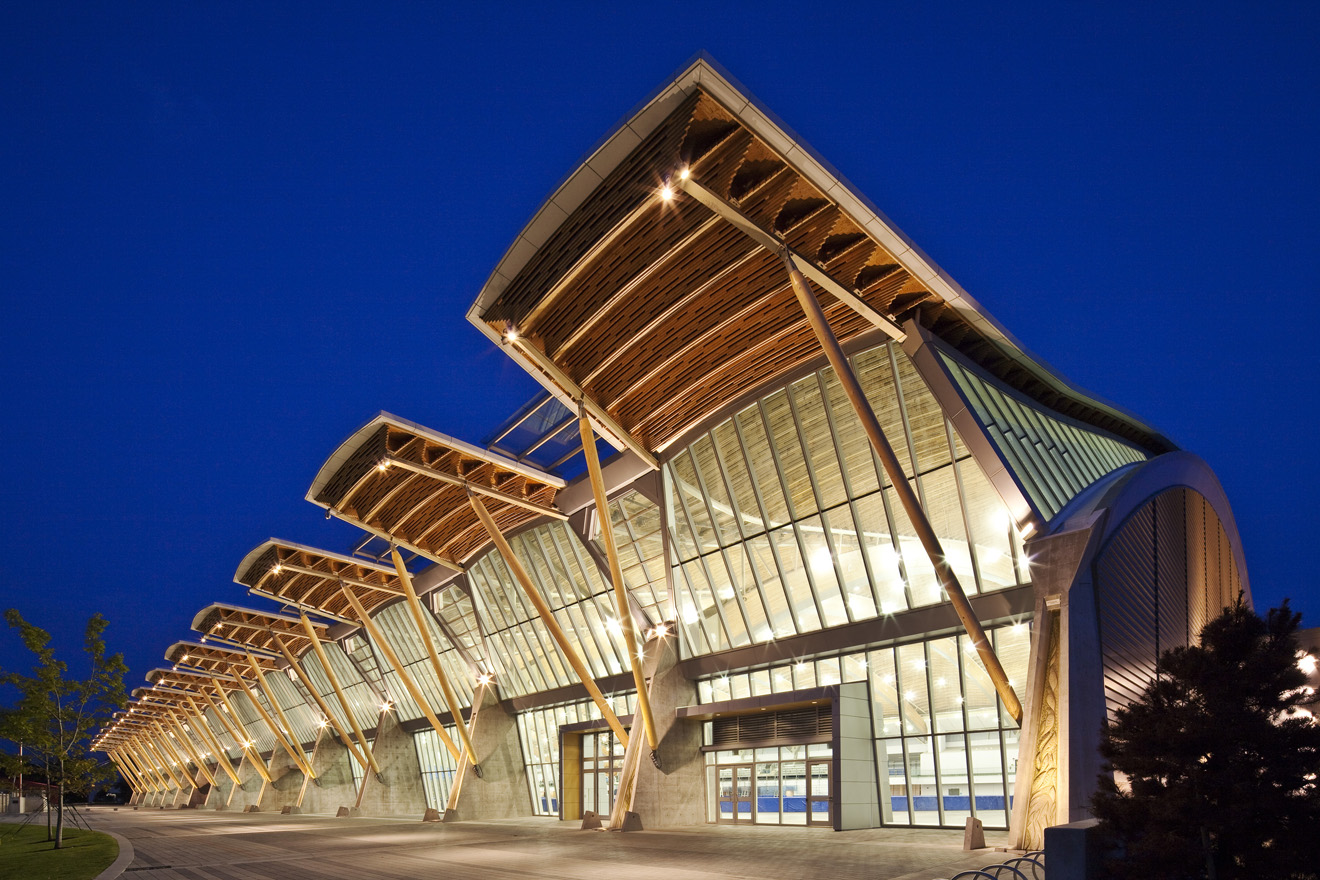 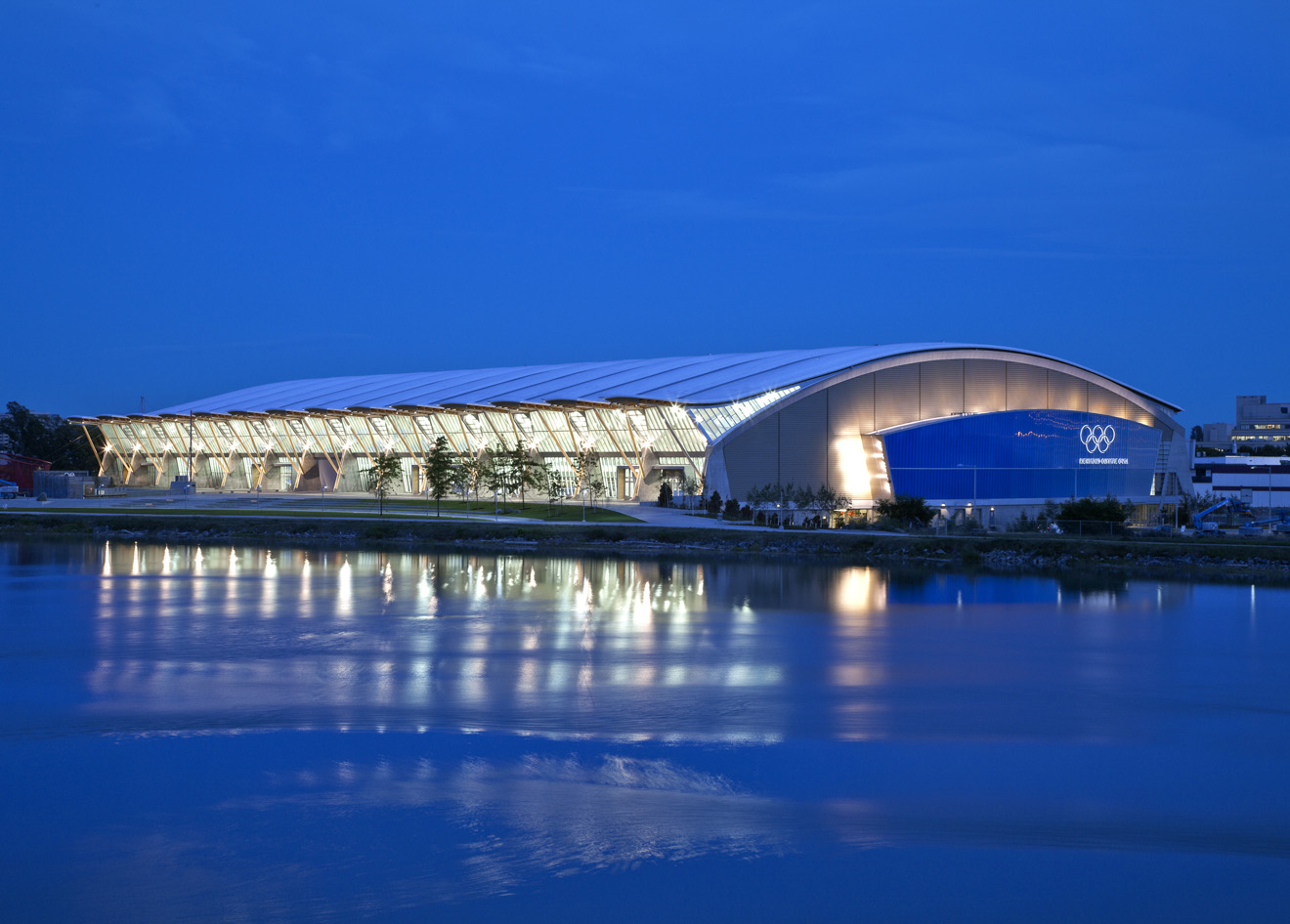 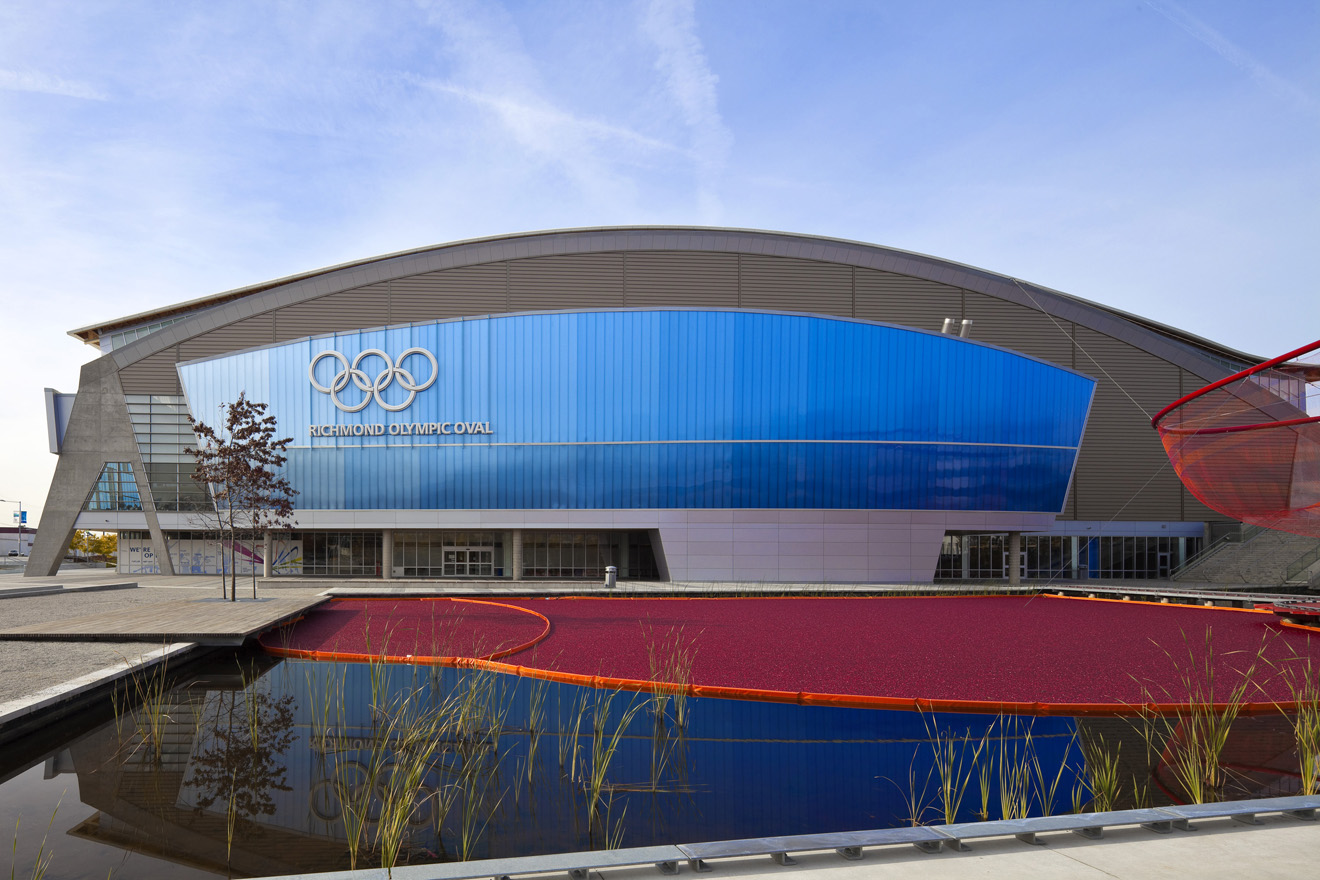 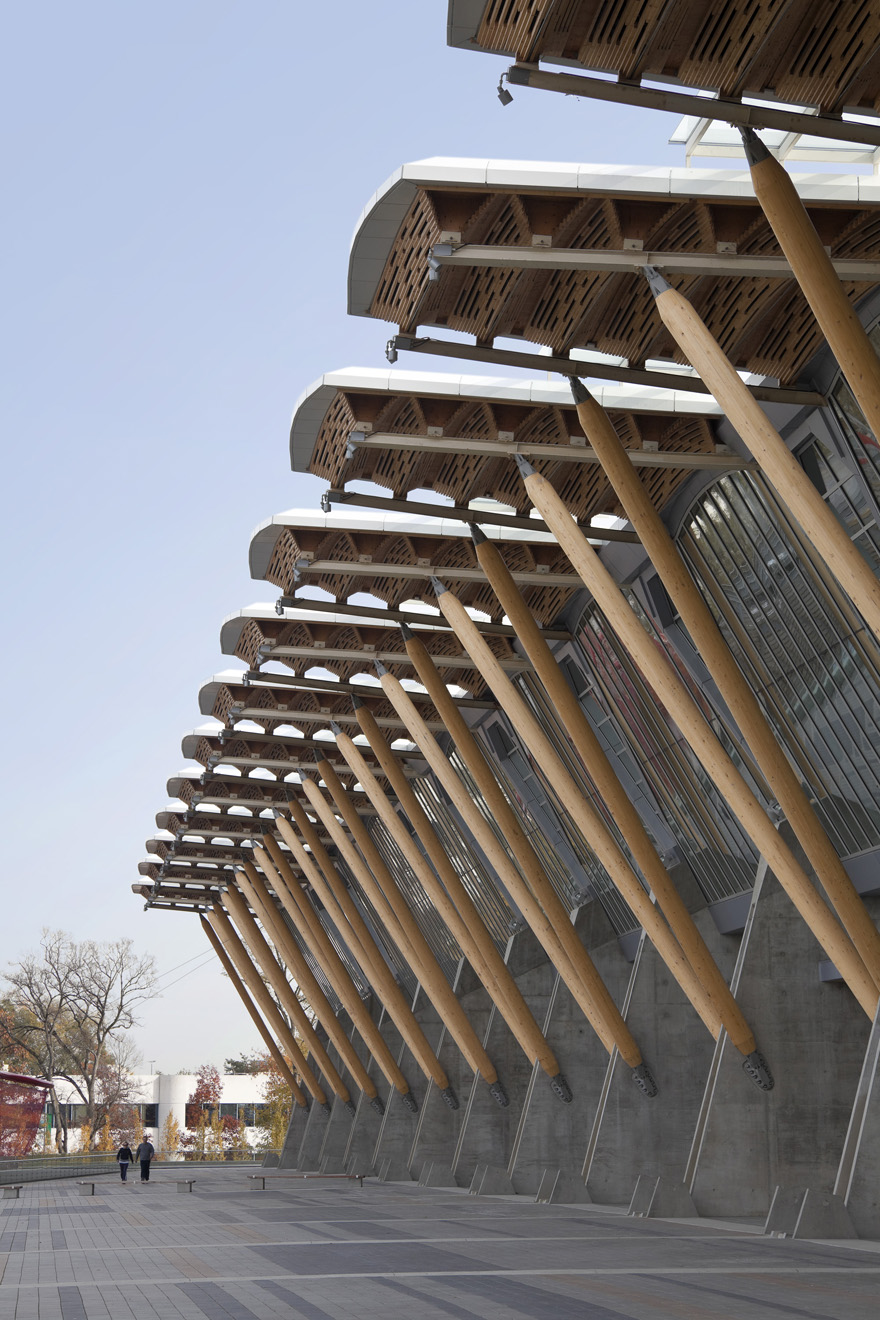 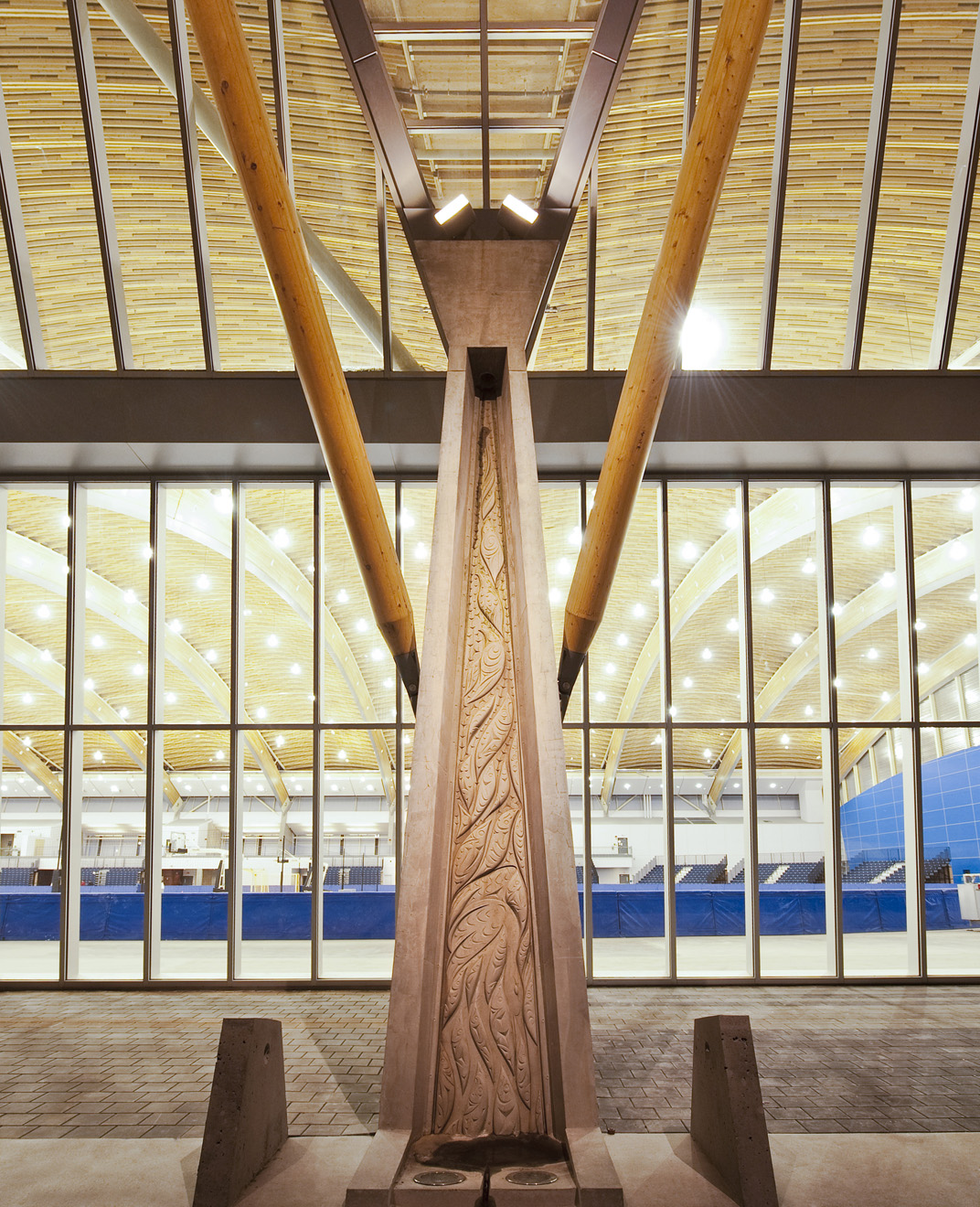 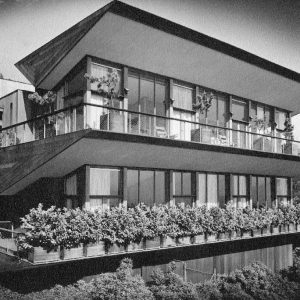 Consider the arc and nature of Harwell Hamilton Harris’s career: Born in 1903, he apprenticed with modernist Richard...