It feels like an atelier – refined, hushed and ponderous, with a muted palette lit well in all the right places – and eerily reminiscent of Charles F. McKim’s Morgan Library and Museum in New York.

“The Morgan Library is a great example of a building collaboration between architects and artists who understood European traditions and successfully translated them into one of the most inspiring public spaces that New York has to offer,” said Jeffrey Mims, director of The Academy of Classical Design in Southern Pines, N.C.

Mims attended the Rhode Island School of Design and the Pennsylvania Academy of Fine Arts.  Not finding what he was looking for in academia, he established and worked from studios in Italy and North Carolina for two decades.

“I made and continue to make a conscious effort to learn from the history of art,” he said.  “Like the generation that founded the American Academy in Rome, my intention was to carry European traditions forward into an American art – not to copy it but to graft onto it, as Kenyon Cox said, not to break the chain, but to add to it, link by link.”

In 2000, he launched Mims Studios in Southern Pines, an hour south of Raleigh.  Most students study with him for four years, and some even longer.

He opened the Academy of Classical Design this year with 20 students.  Built on the foundation of what was begun at Mims Studios, the non-profit Academy is linking with other organizations dedicated to influencing the environment of modern life with a heightened sense of beauty and design.

And he’s beginning to connect artists to architects, much as McKim and his partner Stanford White did.

“Classical training in drawing and painting is very much in demand,” he said.  “It will always maintain its validity, and students will always want it,” he said.  “They just don’t know where to pursue it.”

The path he advocates is a highly rigorous one, he acknowledged, and not without its risks.

Consider the 16th century Italian fresco painter, Annibale Carracci, and his work in the Farnese Gallery (now the French Embassy) in Rome.  A monumental fresco cycle, it’s known as “The Loves of the Gods.”  The artist, though, died later in the depths of depression.

“But his ceiling fresco changed the world of art,” Mims said.

And, one might add, it earned him not only praise from the likes of Bernini, but a burial place near Raphael in the Pantheon in Rome as well.

For more on the Academy of Classical Design, go to http://www.mimsstudios.com/ 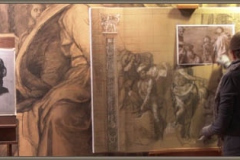 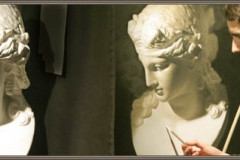 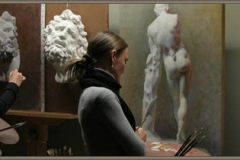 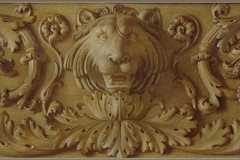 As a young student in Rome, I daily walked through a world where painting, sculpture and architecture came together as a symphony of human potential and beauty. It was only a chance research moment years later that introduced me to the contemporary work of Jeffrey Mims.

That he has chosen to teach, to create a school devoted to preserving artistic tradition, to push his own and his student’s work beyond a saleable gallery product, to dare think that the spirit that created the miracles of the White City (and more permanent and beloved public buildings such as the Library of Congress or the Boston Public Library) is dormant, not dead, is a treasure that speaks to an increasingly aware public.

For Mike Parker of Eidolon Designs in Raleigh N.C., cabinetry is a matter of control. He started out as a carpenter in his early...