Though John Carney’s firm partnered with another in the design competition for the project and Gensler was ultimately selected, airport officials decided to hook the two up. Turns out John and Gensler’s Phil McCurdy had worked together 25 years back. The first thing John did was take Phil out to his firm’s work at nearby Laurence S. Rockefeller Preserve.

“Gensler was the lead architect and we were consulting,” said John Carney. “And those guys really got it. They showed up for the competition with a parti that was just beautiful. They said: ‘We’re not competing with the landscape.’”

“It looks and feels Western, but not kitsch,” John said. “It’s a 21st – century transportation hub that needed to be of its time.”

“There are about a thousand people who want to fly out for connections elsewhere, all at once,” John said. 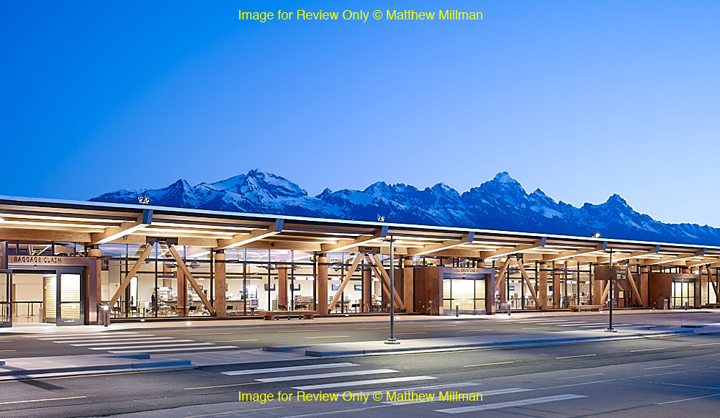 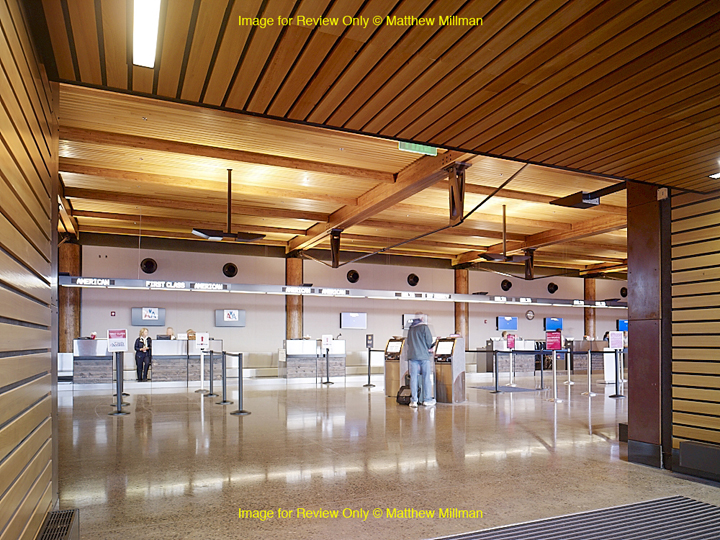 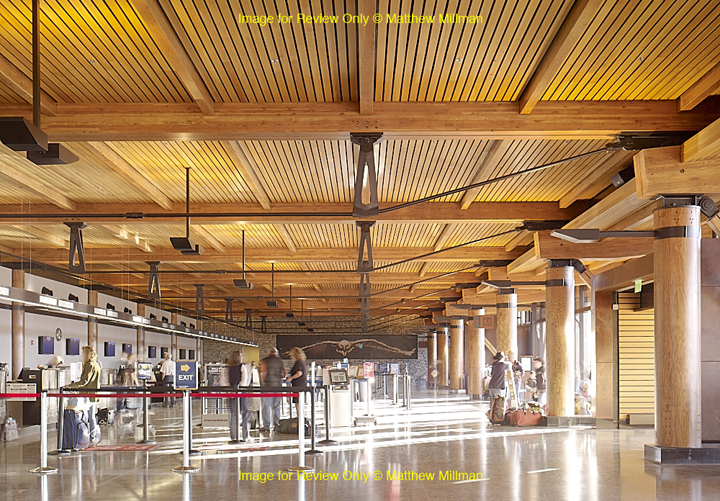 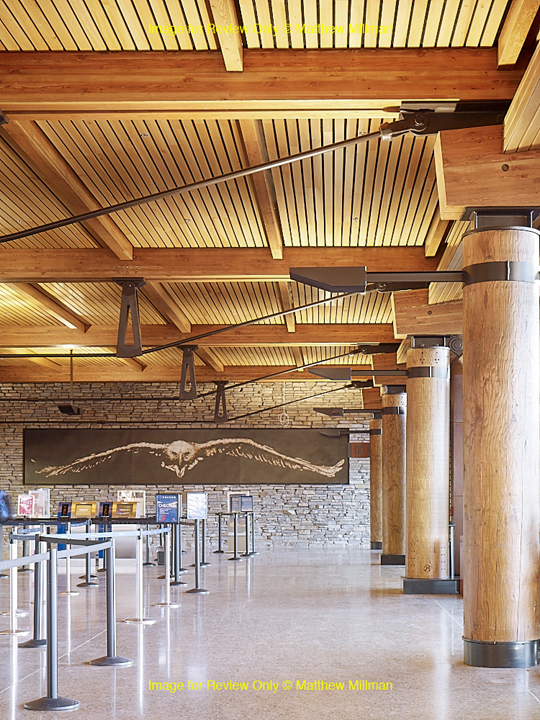 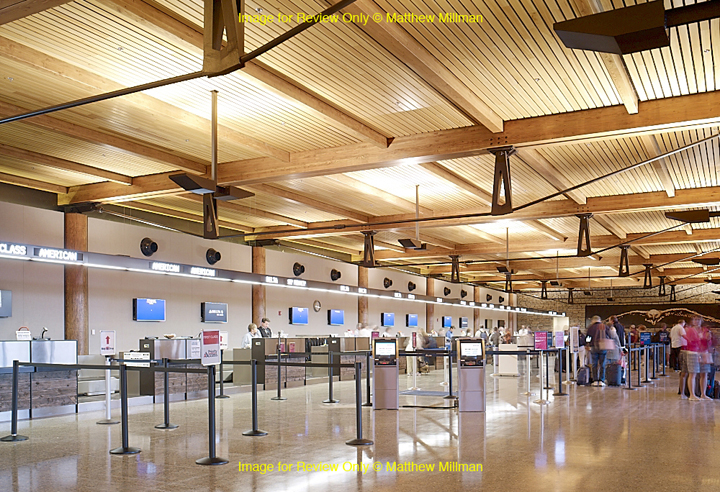 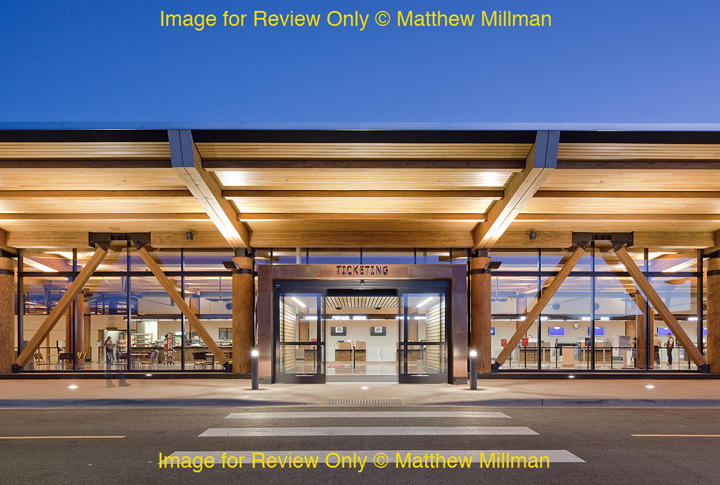 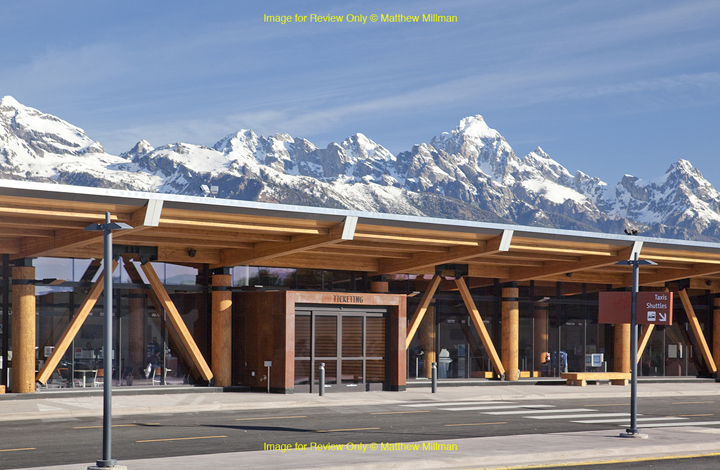 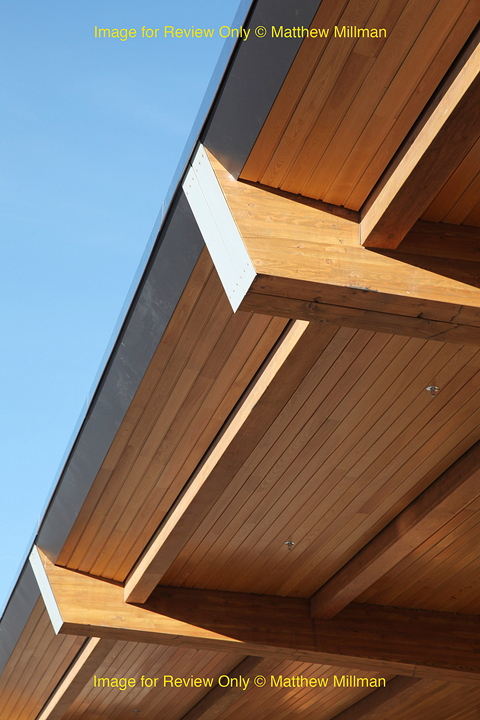 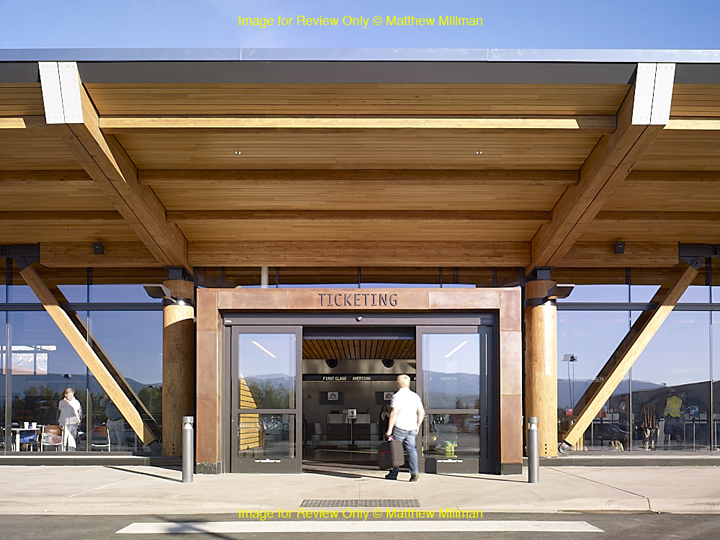 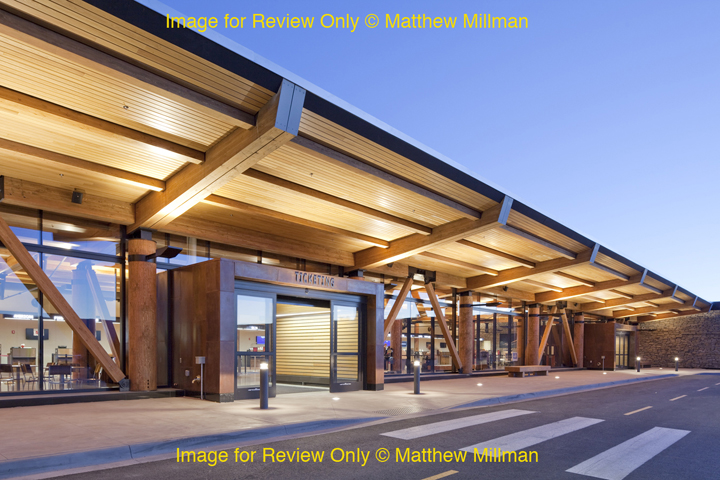 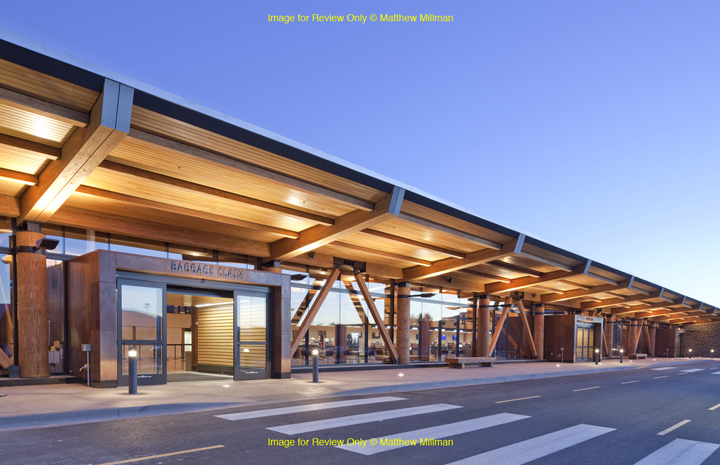 Somewhere at an undisclosed location, by a small lake on 150 acres in the hills of New England, lies a village of volumes...