Hundreds of books have been written about Frank Lloyd Wright – the architect himself penned 18 – but few pack as much punch as the newest tome by Aaron Betsky and Gideon Fink Shapiro.

50 Lessons to Learn from Frank Lloyd Wright is about the architecture, not the man or his personal life. It’s illuminated first by Wright’s own words and drawings, then by the authors’ interpretations, and finally by lush photography from Andrew Pielage.

“These are lessons from his projects,” says Betsky, director of architecture and design at Virginia Tech, former dean at the Frank Lloyd Wright School of Architecture, and president of the School of Architecture at Taliesin. “My motivation was that I’d been living and working in Taliesin West and using it as a teaching tool to help students understand the possibilities and the tricks of the trade, as it were.”

“Aaron was grappling with him daily inside Wright’s home,” says Shapiro, a New York-based architecture and design writer and co-author of The New Residential Colleges at Yale.

Their new book is an earnest endeavor to understand the design concepts embraced across Wright’s prolific, 70-year-long career. “It’s not meant to be over-endearing or a take-down,” Shapiro says. “It’s meant to learn from the spaces and the media he used.”

Still, contradictions abound. As the authors note in the book’s introduction, Wright said his greatest teacher was nature, yet he was a master of artifice. He championed “organic” architecture, all the while unleashing theatrical effects. He touted individual freedom, but didn’t think most people knew how to properly exercise their freedom.

And he didn’t always adhere to his own directives – like advocating the use of simple materials. “He was very good at breaking his own rules,” Betsky says. “He wanted to use appropriate materials – there’s a project with a beautiful dining room made with teak, but in the kitchen, the door jam and sill turn from teak to pine. He was saying you don’t need that lavish material in the kitchen.”

And though he was a master at compressing and releasing interior spaces – Unity Temple in Oak Park is the perfect example – he did not go on record about the concept. “He never wrote about it” Shapiro says. “The closest analog we could find had to do with an experience in the landscape when he was moving through the pastoral farmland of his youth, walking from the cover of a forest and out to an open field.”

Lesson #1 in the book is “Break the box.” He was advocating using advances in technology – something he consistently embraced – to overcome Victorian impositions on residential design.

“There were these kind of outward rituals of display and formality that he thought cut into the ability of the family to adhere as a community, and then engage the larger community,” Betsky says. “The larger lesson we gleaned was that architects too often produce boxes that imprison us where we live, work, and play, rather than open us up to other relationships.”

Lesson #10 is called “Build on the brow.” If a client wanted to build on the crest of a hill, Wright argued for placing the structure partway up the slope. He believed the summit should be left open for all to see.

“His point is that all architecture should be an elaboration of the landscape so we can enjoy it,” Betsky says. “If you put it on the crest, you can’t enjoy it, and don’t know it, and can’t understand it. On the brow you still see it and you understand where you are – it becomes an extension of the hill rather than obliterating it.”

Wright was also adept at manipulating the human body – with his Hillside Theatre at Taliesin a prime example. “One of his theories was that if you face directly to a performance your body would not be comfortable,” Betsky says. “If you cross your legs and put your right hand on your knee, you’ll have concentrated attention to what happens on the stage.”

He wasn’t thinking just about comfort, though. “It’s a raising of awareness and relationships,” Shapiro adds.

Those are concepts that Betsky and Shapiro articulate masterfully in this well-written, easy-to-understand book. 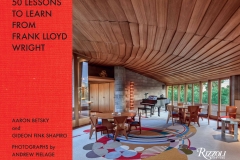 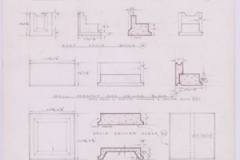 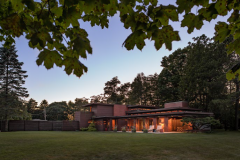 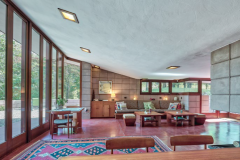 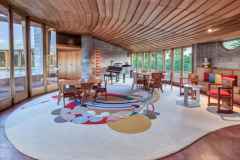 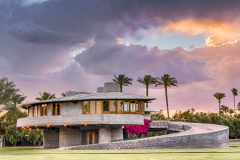 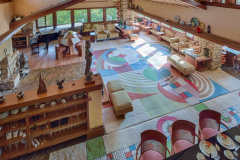 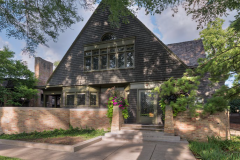 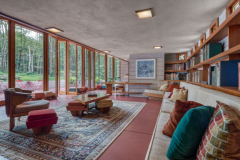 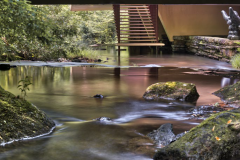 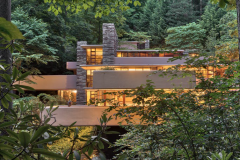 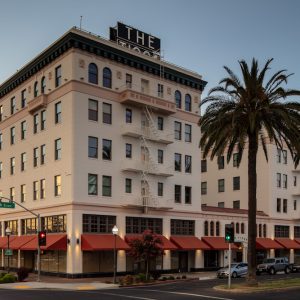 One of the great late-1920s California hotels has found new life – as apartments aimed at college students and young...

May 10, 2021
Copyright 2014 Venus Premium Magazine Theme All Right Reserved.
Back to top